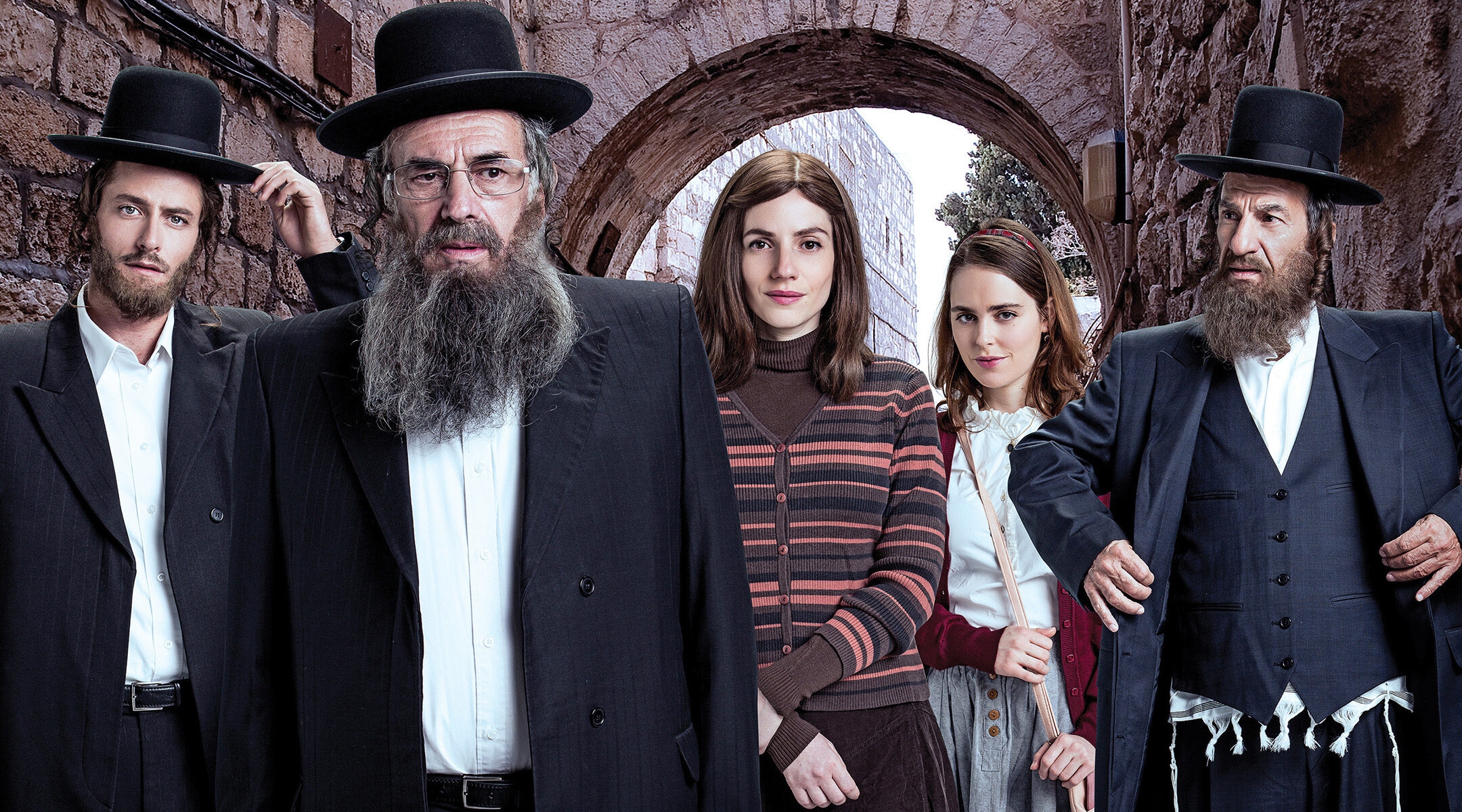 As I sat in the magnificent sanctuary of Temple Emanu-El one evening in June and observed an excited, overflow crowd of 2,300 people anticipating the appearance of several cast members of “Shtisel,” the hit Israeli television series, a friend turned to me. “It’s amazing, all ages, all religious backgrounds are here,” she said. “They all love ‘Shtisel.’ But they don’t like charedim.”

It was a harsh statement, an over-generalization, of course. But there was the sting of truth to it, one worth exploration, especially at a moment when “Shtisel” is so popular here and the charedi lifestyle is at the center of heated controversy in Israel.

First, it’s important, but not so easy, to define who charedim are as perhaps the most visibly identifiable yet least understood segment of world Jewry. The word “charedi” means “one who trembles,” as in fervent prayer, and is the preferred term, rather than “ultra-Orthodox,” among those who strictly adhere to Jewish law, shun secular society and in many cases don’t recognize the legitimacy of the State of Israel.

That definition applies primarily to Israeli charedim, who are resented by many of their countrymen because the male population generally doesn’t serve in the army and values full-time Torah study over gainful employment. What’s more, charedim tend to have many children and receive major financial assistance from the government.

(Chasidim are a segment of charedim who have a spiritual leader; the “yeshivish” charedim tend to be more worldly, especially in the U.S. where they are more likely to have jobs, and emphasize scholarship over mysticism.)

In the television series, the Shtisel family members are “yeshivish” charedim. They live in the Geulah section of Jerusalem, speak only Hebrew and Yiddish, and in the course of the two-season drama, barely are seen interacting with anyone outside of their cloistered community.

It’s undeniable that charedi Jews in Israel and the majority of American Jews live in different worlds and have a strain of animosity toward each other, resentful of the other’s lifestyle as an embarrassment.

So why the remarkable popularity of the show here, and such deep empathy for Reb Shulem Shtisel, the widowed teacher, and his grown children, especially, Kiva, the gentle would-be artist in search of love?

The cast members, producer and writer who have participated in five sold-out Jewish Week/UJA-Federation-sponsored appearances in the New York area since June — most recently last week at synagogues in Westchester and Great Neck — tend to agree that the attraction is in the humanity of the complex, authentically depicted characters. The actors praise the script writing; the writers note the depth of the portrayals. No doubt it’s both. We viewers are particularly drawn to the multi-layered members of the Shtisel family as they deal with love, loss and loneliness.

But a dirty little secret came to light the other night during the “Shtisel” event at Westchester Reform Temple with the first question from the audience. The man who asked it noted that many charedim and their leaders in Israel are deeply dismissive of Reform Jews and sometimes question their status as members of the tribe. So why, he wanted to know, should we support or care about them?

The actors and one of the writers responded that the show was about issues we all deal with in life, and that in doing so, “Shtisel” opened a window, closed a gap and brought us all closer to each other. (The actors say the sensitive script worked for them since none had any connection to or particular empathy with charedim until they assumed their roles.)

But the show avoids the kind of social, political and religious conflicts that are quite real and played a significant factor in Israel’s national elections this week. Issues like the effort to compel charedi young men to serve in the IDF or perform some other form of national service, or to allow public transportation and stores to remain open on Shabbat and religious festivals — all amidst the wider debate over whether Israel’s destiny is to be a religious-national state or a Jewish democratic state with humanistic values.

In its two seasons to date — a third is in the planning stage — there were only glancing references to the bitter religious-secular divide in Israel. Reb Shulem’s brother, Nuchum, mutters curses about non-religious Jews — some prominent charedi rabbis go a lot further — and Reb Shulem decides not to let his yeshiva students leave class to watch the flyover of the Israeli Air Force’s “Zionist” planes on Independence Day.

This is not to say that “Shtisel” should have dealt with these and other controversial issues roiling Israeli society. Its charm is in portraying charedi life in a way that softened the community in the eyes of its fellow citizens. But the fact is that the divide is real. Most Israelis, who are secular, feel that charedi political and religious leaders game the system, primarily interested in assuring government support for the charedi educational system, in which young men study in yeshivas well into their 20s, if not longer. That reality leaves the rest of society to put its children’s lives on the line in the IDF.

The charedi response is that the military exemption for full-time yeshiva students has been the policy of the government since the state was founded and that their sons are offering spiritual protection to Israeli society.

With more than a million charedim in Israel and almost half of them living in poverty, there is concern that the charedi lifestyle, highly dependent on government subsidies, is untenable, a threat to economy and social fabric of society.

In recent years there have been a number of academic and work-training programs to promote secular education beyond high school for charedim, and opportunities for them to become skilled wage earners. UJA-Federation in New York plays a major role in that effort. But the community’s religious leaders fear that absorption into the general society poses a threat to maintaining strict adherence to religious laws and practices.

There has also been progress in recent years in encouraging charedi young men to serve in the army, particularly those not destined to be rabbinic scholars. While the numbers are small, there has been a sense that they will gradually increase — unless legislation is passed that would force charedim to serve or face jail time, which could create a major backlash in the charedi community.

But a study by the Israel Democracy Institute last year suggested a “worrisome” trend, with full-time yeshiva enrollment up, and employment rates and enrollment in higher education programs down, according to a JTA report.

The study found that while almost three-quarters of charedi women work, less than half of charedi men are employed.

These are serious issues that impact on the future of Israeli society as it struggles with the predictions that, given the growth in the charedi and Israeli Arab population, in the not too distant future the majority of the country’s population will be non-Zionist or anti-Zionist.

As a fan of “Shtisel” — its characters, actors and creators — I marvel at how a television series can have such a powerful and positive impact on a national and international audience, well beyond the Jewish community. And I hope the series’ success will lead the writers in season three and/or other creative, artistic initiatives to go deeper in exploring and humanizing the struggles Israelis face on a daily basis within their vibrant, complex society.

The better we understand each other, the better our chances to remain one people.