In some poor European countries, gefilte fish is sustenance — and a symbol of Rosh Hashanah 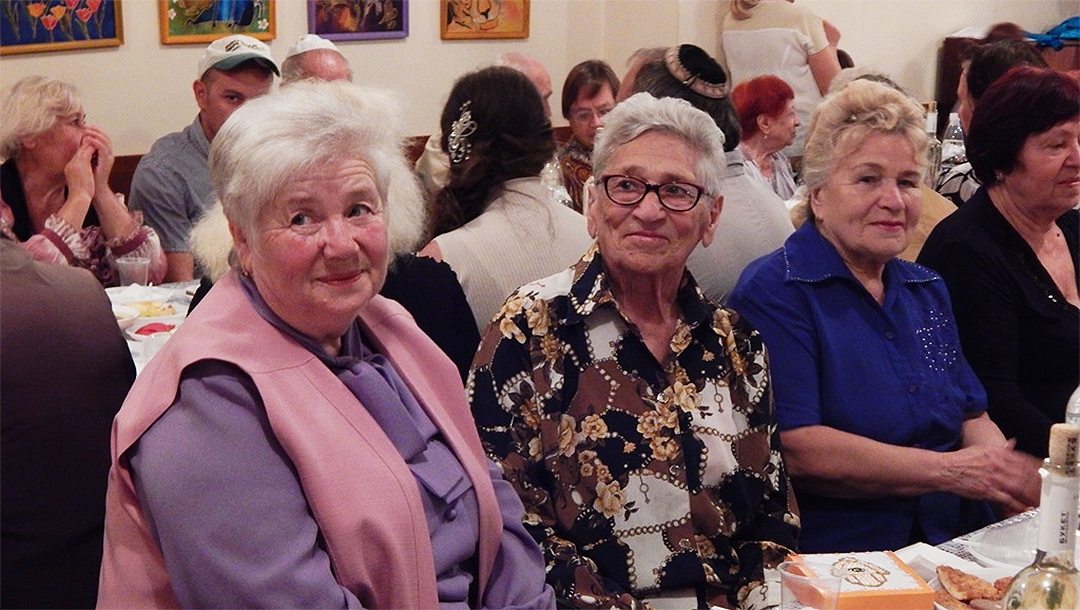 (JTA) — Every Rosh Hashanah, Anna Kondrashenko prepares hundreds of dishes of gefilte fish for the elderly members of the dwindling Jewish community of Transnistria, a breakaway republic between Moldova and Ukraine that is Europe’s poorest country.

The director of Hesed, the local aid office for the American Jewish Joint Distribution Committee, Kondrashenko prepares the dish in her own kitchen with family members who volunteer to help. Then she brings the dishes to the Hesed center in the Transnitrian capital, Tiraspol, for the holiday feast.

“Rosh Hashanah without gefilte isn’t Rosh Hashanah at all for the Jews of the Pridnestrovian Moldavian Republic,” said Kondrashenko, using the region’s official name. “It’s just a local custom.”

A sweet fish cake often served with carrot that is favored by many Ashkenazi Jews, gefilte fish is often served at dinner on Rosh Hashanah, the Jewish New Year that begins on Sunday night — though in the landlocked countries of Moldova and Transnistria, it’s more commonly served at the Passover seder. Eating fish on Rosh Hashanah is an ancient custom that symbolizes life, fertility and the messianic age.

But for the some 200 people who come to the Hesed center for its annual Rosh Hashanah dinner — almost all of them are elderly, extremely poor and living alone — Kondrashenko said the fish is about more than sustenance or religious symbolism.

“It’s a feeling of belonging, remembering the family they’d lost or that left,” she said.

For Jewish relief organizations, Rosh Hashanah typically entails a substantial logistical operation to help needy Jews. The Tiraspol dinner is part of a larger undertaking by JDC to provide more than 8,500 poor and elderly Jews in the former Soviet Union with special packages of food and other traditional holiday items.

In Transnistria, where elderly people earn social security stipends of just $70 to $100 per month, about half of the 1,500 Jews living there receive some assistance from JDC.

“Our clients tell us that if not for the aid we give them, they would not survive,” Kondrashenko said.

But for many needy Jews, holiday assistance is about more than just survival. Many of those involved in the relief effort recognize that the provisions aren’t merely about providing sustenance — but also a bit of sweetness.

In Yekaterinburg, Russia, volunteers will be serving food to Jews in need, but with a personal touch: They will hand out challah bread and jam that they made themselves.

In Kharkov, Ukraine, and Rostov, Russia, JDC volunteers will visit homebound and elderly Jews to deliver holiday packages and provide company to those without family to share the holiday.

In Morocco, the Jewish Old Age Home of Casablanca will host a holiday party for residents with local volunteers delivering holiday gifts to the elderly. In Berlin, Germany, 50 home-hosted meals will be organized by young adults throughout the city for anybody looking to connect and celebrate the holiday.

“Meeting the souls in need of a smile, conversation as well as food, and giving all of that to them with love makes the world a better place,” said Lynn Friedin, a volunteer who delivers holiday packages to needy Israelis funded by the International Fellowship of Christians and Jews.

The fellowship, an Israel-based organization that raises about $130 million annually, mostly from Christian donors in the United States, plans to distribute 1,200 gift packages, 17,000 food packages and clothing gift cards to poor Israelis in advance of Rosh Hashanah. The group has also made sure that 19 soup kitchens scattered throughout Israel will serve at least 1,500 people in need.

For Vitaly Demitrinko, an elderly Israeli man whose wife died a decade ago, it’s the home visits on Rosh Hashanah by the fellowship’s volunteers that mean the most.

“I am thrilled every time that at each holiday there is someone knocking on the door and waiting with a wide smile as if he or she were one of my family members,” Demitrinko said.