Is The Women’s March Ready To Take Jewish Women Seriously? 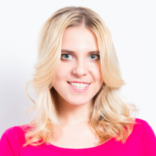 For the first time in a while, I am cautiously hopeful that the Women’s March may be turning a corner.

I am not talking about the dramatic changing of the guard, though it is certainly a big deal that three of the march’s four prominent co-chairs — Bob Bland, Tamika Mallory and Linda Sarsour — have stepped down after the organization’s leadership was plagued with controversy, including praising notorious anti-Semites like Louis Farrakhan and allegations that they pushed a Jewish woman out of leadership because of her religion.

For me, the bigger news is that one of the 17 new board members has already been removed for rhetoric that many found to be anti-Semitic, including demonizing the Anti-Defamation League, chastising Muslims who are willing to join interfaith efforts and calling Israel a “racist” state that “engages in terrorism.”

Just days after Zahra Billoo was announced as part of the new board, the Women’s March took the outpouring of concern from Jewish organizations seriously and actually did something. The organization that in February 2018 took a staggering nine days just to say Louis Farrakhan did not “align” with its values managed to actually fire someone over anti-Semitism concerns.

This is a marked difference, indeed, from where the organization began.

In 2017, shortly after the first Women’s March rocked not only Washington, D.C., but the entire world as a unifying feminist storm, I found myself reluctantly questioning whether I was welcomed in this supposedly inclusive wave of feminist activism as a Jewish woman and a Zionist.

I very much would have preferred to pull the pink pussy hat over my eyes and ignore the fact that there was a singular hostility toward Israel in the movement and then a growing tolerance for anti-Semitism. It felt whiny, if not traitorous, to question and raise concerns when I was a proud feminist who agreed with so many of the overarching goals and objectives of the movement. I should take the good with the bad, I thought.

But I couldn’t. It felt dishonest and hypocritical, especially in a movement that proclaimed to value intersectionality and encouraging people — especially women — to speak their truth and be the ones to name and call out discrimination and hate.

The organization that … took a staggering nine days to say Farrakhan did not ‘align’ with its values actually fired someone over anti-Semitism concerns.

I was prompted to write “Does feminism have room for Zionists?” after the International Women’s Strike — distinct from the Women’s March — presented a platform that singled out Israel as the only country other than the U.S. for condemnation, demanded the “decolonization of Palestine” and proudly touted Rasmea Odeh as an organizer. Odeh had been convicted for her involvement in a bombing that killed two Hebrew University students.

The response I received from the most prominent and loudest voices of the modern feminist and progressive movements was a resounding no — both implicitly in their hyper-hostility to anything that could be mistaken as acknowledging the legitimacy of Jewish statehood and explicitly from Sarsour.

Anti-Zionism seemed like relatively small potatoes against my new looming question: “Does feminism have too much room for anti-Semitism?”

It wasn’t just that Sarsour had said that “nothing is creepier than Zionism,” but that she had unabashedly and unapologetically minimized the harm of anti-Semitism, saying “I want to make the distinction that while anti-Semitism is something that impacts Jewish Americans, it’s different than anti-black racism or Islamophobia because it’s not systemic.”

But a year can make a difference. With fresh blood and a willingness to listen and take action, there is finally some hope that Jewish women’s concerns will be heard and taken seriously.

This doesn’t mean that there isn’t more room for improvement. For one, it was disappointing that the Women’s March could not bring itself to use the word “anti-Semitism” when it announced the removal of Billoo, instead cloaking Billoo’s dismissal in politely vague claims that “some of her public statements [were] incompatible with the values and mission of the organization.” Moreover, as the Forward pointed out, at least one of the new board members, Charlene Carruthers, has publicly supported Farrakhan.

It is not only exhausting but demoralizing to be told that we need to accept leaders who are otherwise good, except for the tiny fact that they are cool with a man that the Southern Poverty Law Center has denounced and who said less than a year ago, “I’m not an anti-Semite. I’m anti-Termite.” Jewish women should not have to accept this from people who take on the mantle of feminist leadership.

Moreover, while I am thrilled to see there is Jewish leadership in the new board, is it too bold to say I hope for the day that there can be loud, explicitly Zionist voices in the Women’s March to show the world of feminism that progressivism and Zionism can coexist? Is that too much to ask?

Maybe it is today. But a small part of me cautiously believes that won’t always be the case.

Emily Shire
is a journalist whose work has appeared in the New York Times, The Daily Beast, WashingtonPost.com, Slate, and Salon. She is also currently pursuing her J.D. at Yale Law School.
The views and opinions expressed in this article are those of the author and do not necessarily reflect the views of NYJW or its parent company, 70 Faces Media.