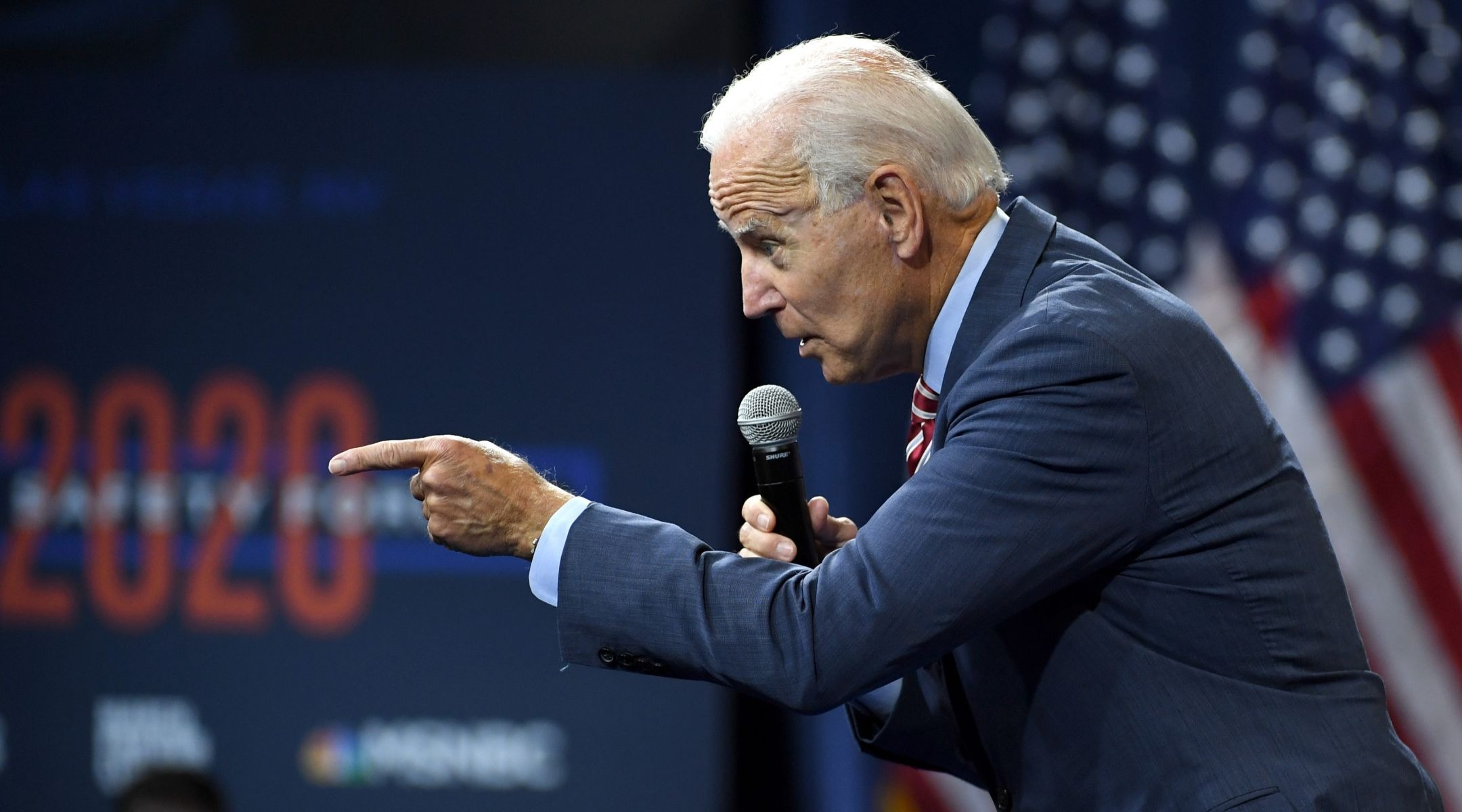 “Jared, the grandson of Holocaust survivors, was instrumental in moving the U.S. Embassy in Israel to Jerusalem,” the campaign said in a statement Friday.

The statement came in response to a video clip released by CBS in which former Vice President Joe Biden suggested that Kushner brought little expertise to his role as a Mideast peace broker. The clip is part of an interview due to air over the weekend on “60 Minutes.”

In the interview, Biden was asked about Trump’s unsubstantiated charge that he assisted his son, Hunter Biden, who served on the board of a Ukrainian company beset by corruption allegations. Biden claimed his son had done nothing wrong before turning to a question about whether Trump’s children have acted properly.

Kushner and his wife, Trump’s daughter Ivanka, both serve as senior advisers in the White House. Trump is also alleged to have steered government business to Trump properties now run by his sons, Don Jr. and Eric.

“The idea that you’re gonna have — go to the extent that he has gone to have our, you know his children, his son-in-law, et cetera, engaged in the day-to-day operation of things they know nothing about,” Biden said.

Biden laughed. “No I don’t. What credentials does he bring to that?”

Kushner has yet to unveil the “vision” for Middle East peace he he has been working on for over two years. Palestinians dropped out of the process in 2017 after Trump announced he would move the U.S. embassy to Jerusalem.