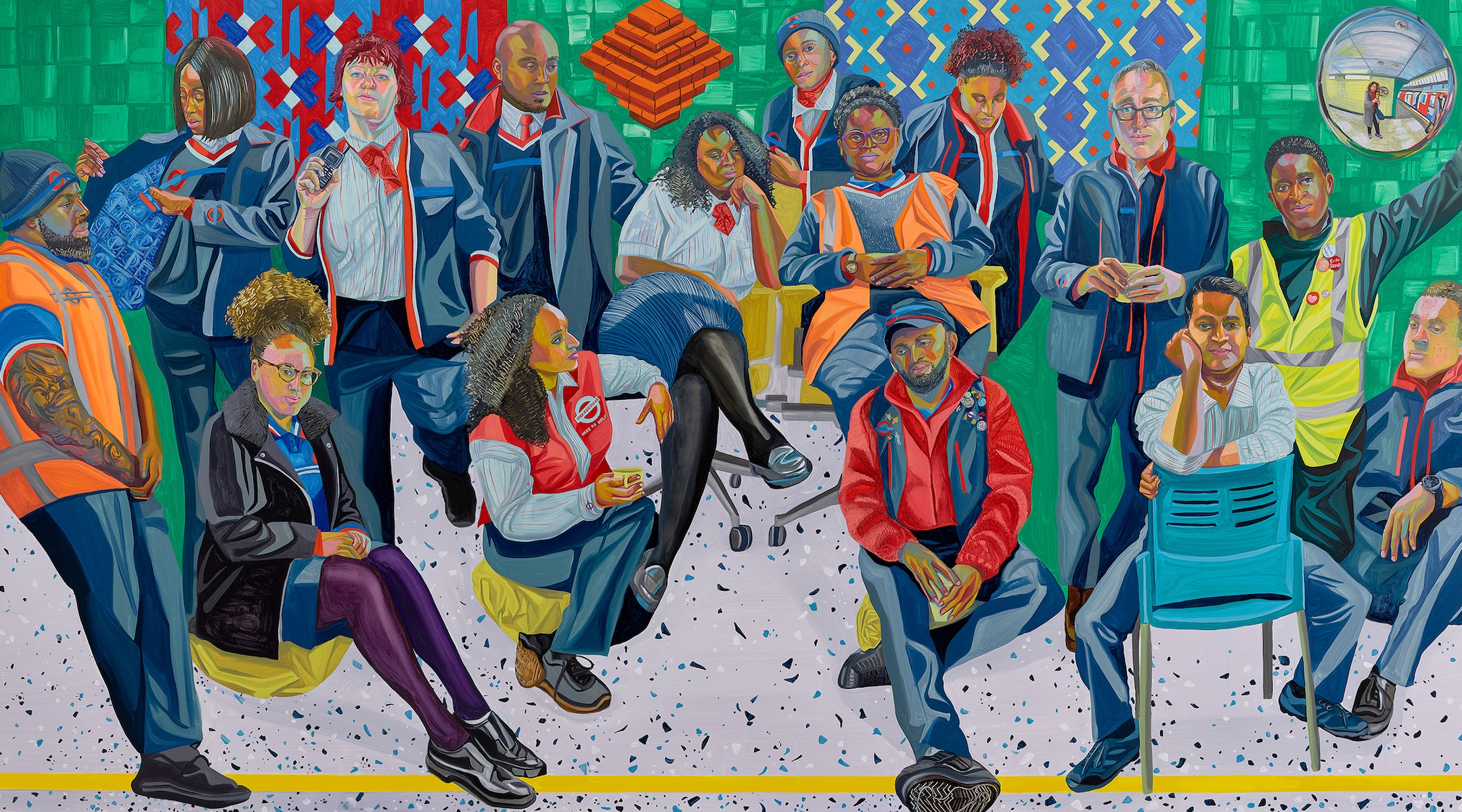 (JTA) — Mexican-Jewish artist Aliza Nisenbaum sees a failure to communicate in the modern world — and her work as a way to counteract the dilemma.

“The problem today is that we are not sitting with real people, face to face, we are shouting to each other on social media,” Nisenbaum says.

She looks to fight this cultural tendency through her paintings, whose intense, sensuous color forces the viewer to inhale the humanity of her subjects.

Influenced by the work of Jewish philosopher Emmanuel Levinas and his theory of “the Other,” which is grounded in Jewish ethics of responsibility and humanism, Nisenbaum aims to portray the “back regions” of everyday life — a term coined by the Jewish sociologist Erving Goffman.

Nisenbaum, 42, has explored the idea for years, beginning with a series of intimate portraits of Central American migrants she met while working at a New York City community center in 2013.

For a solo show at the Minneapolis Institute of Art, she painted Latin American seniors at the Tiron Guzman Center and Somali refugees working at the Hope Community Garden. Nisenbaum, who teaches at Columbia University and has a master’s degree from the Art Institute of Chicago, also painted a mural of London Underground workers in Brixton Station.

Most recently, she showed portraits capturing the backstage vibe of a New York salsa dancing group at the Kern Gallery in Manhattan.

The process of painting a portrait live, in front of a subject, is a sort of embodiment of Levinas’ theory and a recognition of the materiality of the body for Nisenbaum.

“I find the process extremely deep,” she said. “Here is a real person with their body, indivisible, sitting in front of you for six hours. It’s very intimate, and you feel responsible for her.”

Here are a few of Nisenbaum’s works — and what she thinks of them:

“During the process of painting this mural I talked to people with a diversity of opinions on Brexit. If you are with them, and you see the weight of their body or how they are sitting, you come to understand their positions.” 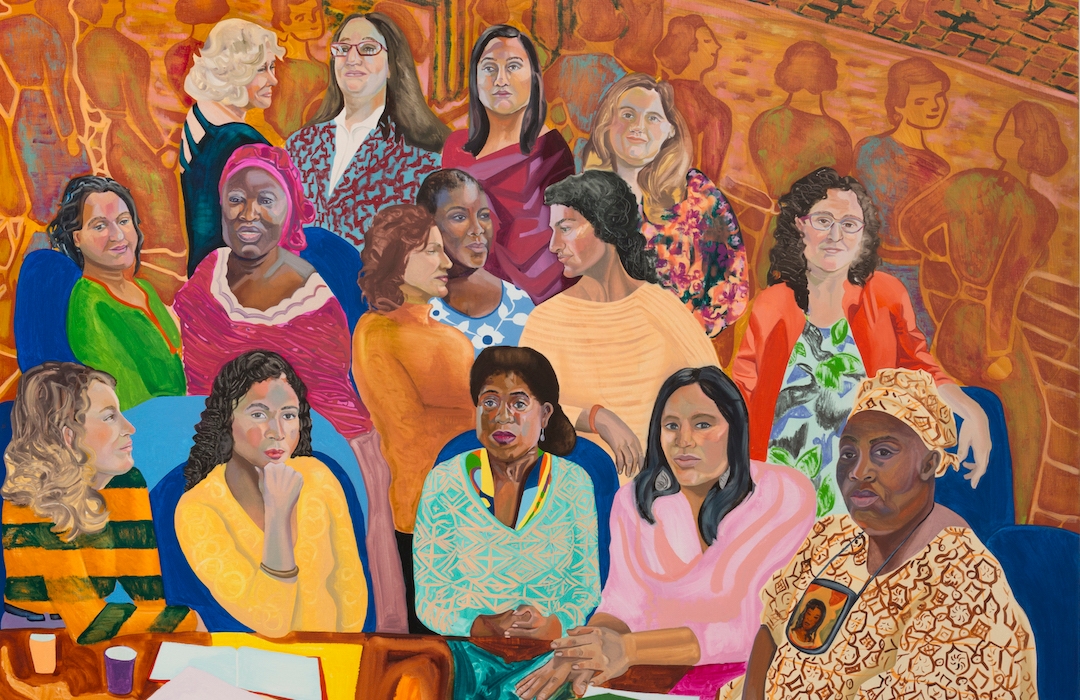 “When you paint someone from life, the color is really nuanced. You get the sense for the temperature of their skins and a sense of their presence … it’s like magic.” 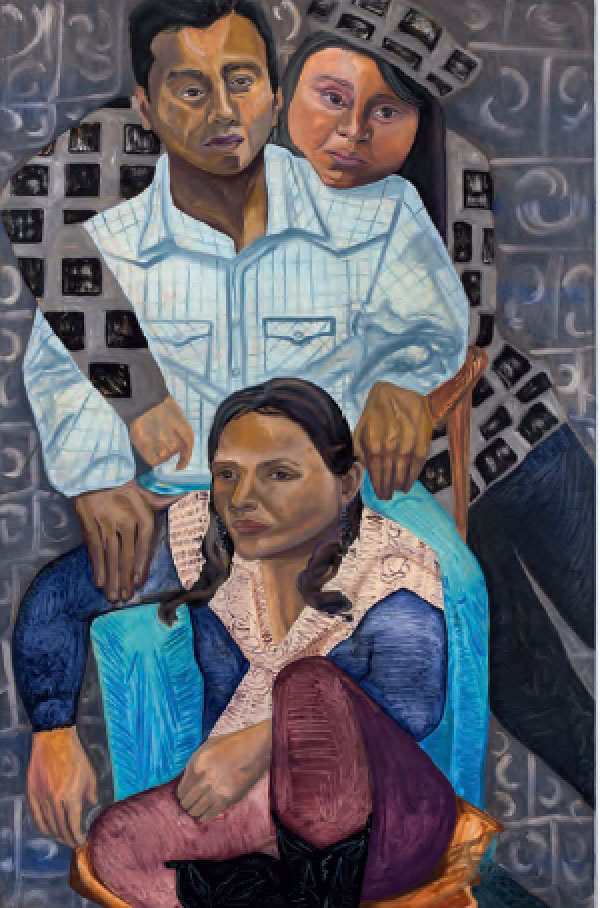 “I’ve painted Marisa, Gustavo and Veronica many times after my work at the community center in New York. I’ve seen Marisa grow up and go to an Ivy League School. Bear in mind this is a girl with undocumented parents.” 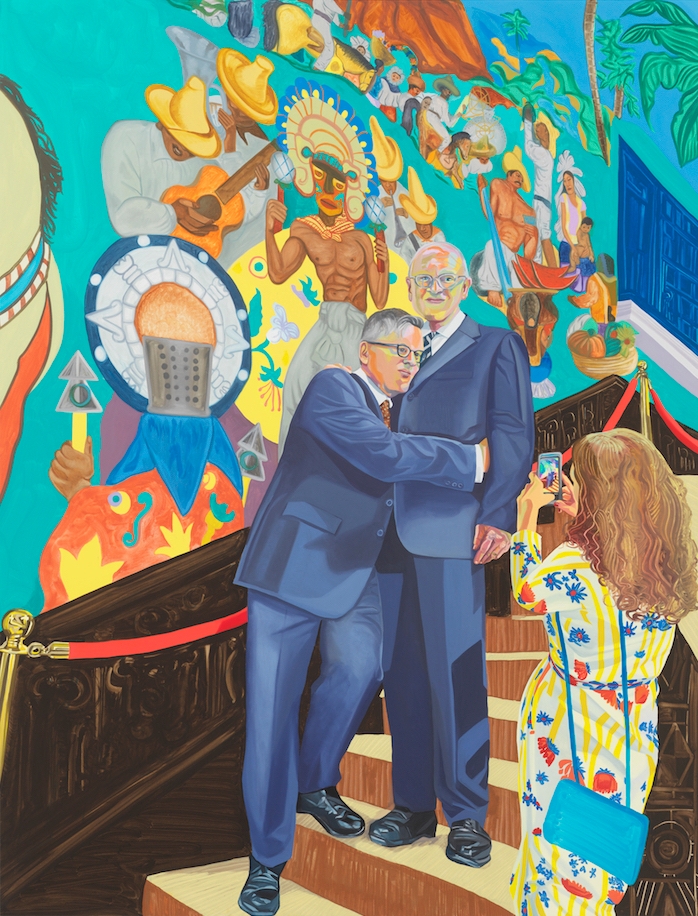 “I draw inspiration from Mexican muralism, but their display of social history was too epic and general. I’m also influenced by the work of Alice Neel, who painted intimate pictures of real people.“