The Tell: What we learned from Tuesday’s elections 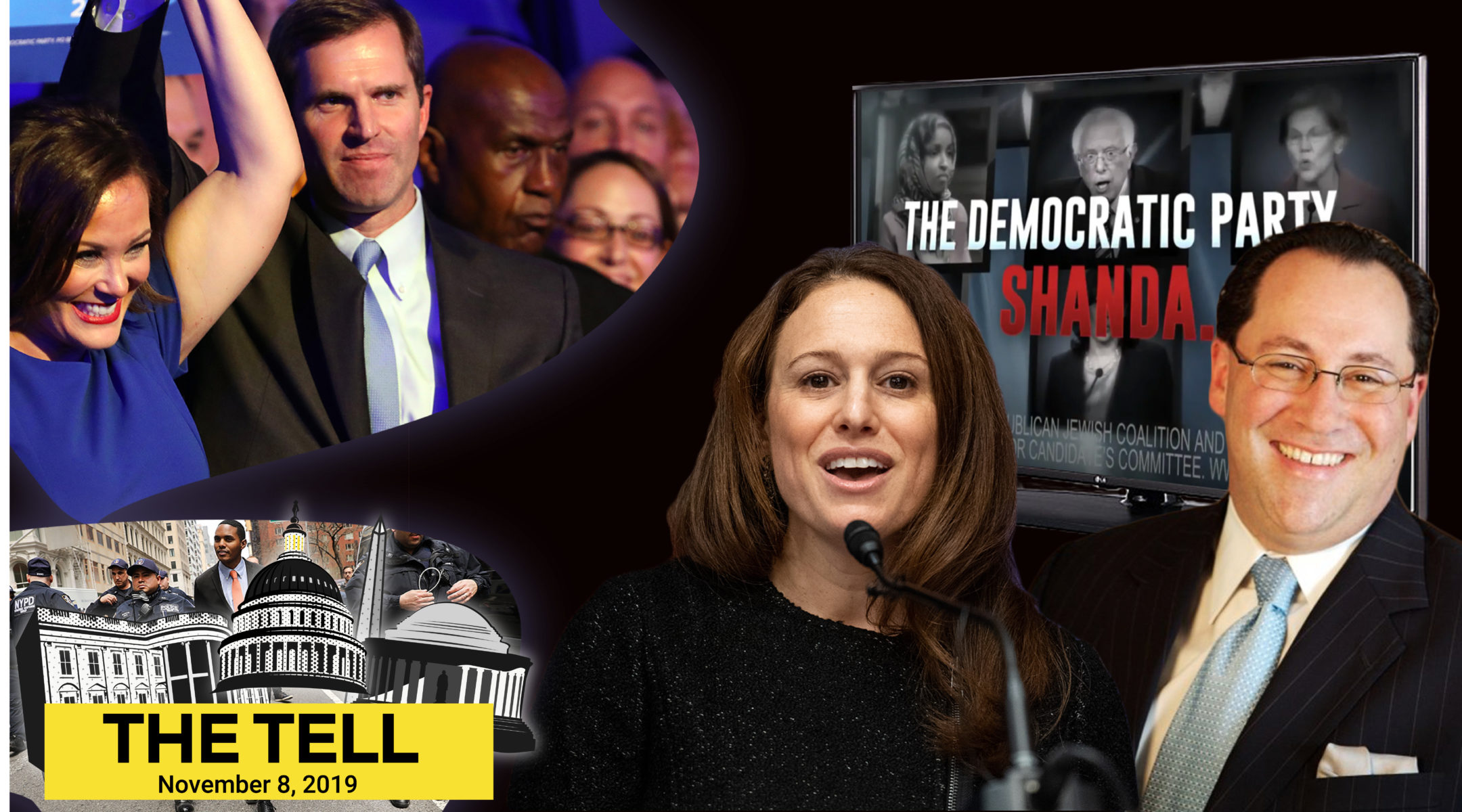 It wasn’t a good night for the GOP.

Virginia’s legislature flipped to Democratic. It looks like Kentucky elected a Democrat governor, Andy Beshear pushing out the Trumpian incumbent, Matt Bevin. In local races in Pennsylvania, Republicans were ousted. Even the gubernatorial race in ruby-red Mississippi was tighter than expected, although the Republican, Tate Reeves, prevailed.

What happened? Not Trump, according to Trump. The president’s campaign spun Election Day as a win in Mississippi and a good rally in Kentucky. Virginia? Trump and his allies simply ignored it.

“Even some Republicans are just done with President Trump,” said Rhode Island Gov. Gina Raimondo, who as chairwoman of the Democratic Governors Association closely tracked the Mississippi and Kentucky races.

Both parties have been obsessed since 2016 with the small swings in three states that handed the election to Trump: Michigan, Wisconsin and Pennsylvania. The results were particularly newsworthy in Pennsylvania on Tuesday.

Republicans were routed in suburbs that once were their stronghold, losing elections in Delaware, Chester and Bucks counties. Democrats swept the five-seat Delaware County board, controlling the body for the first time since the Civil War. The Republicans performed so poorly in Philadelphia that a City Council seat reserved for the minority party appears to have been taken by a third party.

The Republican Jewish Coalition in recent elections has focused its get-out-the-vote strategies on a handful of areas across the country where a small swing in Jewish votes can make a difference, and Philadelphia’s suburbs have been preeminent among them.

This week, the RJC launched what it pledged to be its most expensive campaign ever, at $10 million, to help re-elect Trump. After Tuesday night, expect a battle royale in the Philadelphia suburbs. On Twitter, RJC Executive Director Matt Brooks blamed the losses on suburbanites fleeing blue states for parts of the country friendlier to taxpayers, but added, “I’m from PA, the change is dramatic and concerning.”

The Old Dominion is new again

In the 2012 campaign, conservative Jewish groups also focused on stemming the blue tide in Washington’s suburbs in Northern Virginia. The battle appears to be over, as the state has turned solidly blue.

Perhaps not coincidentally, Northern Virginia is also the region’s fastest-growing Jewish community. It’s not crazy to speculate that a demographic that tends nationally to vote overwhelmingly for Democrats is having an effect locally.

The state’s blue wave catapulted Jewish Army veteran Dan Helmer to the House of Delegates, seizing the Fairfax County seat from Tim Hugo, who had been the only Northern Virginia Republican remaining in the body.

“He deserves someone who isn’t silent when Jews are slaughtered in Pittsburgh, who believes that women should have the same Constitutional rights as men, who will invest in his education and ensure he gets to spend more time with his parents, not stuck in traffic,” said the email, which showed Helmer and his wife presenting the bar mitzvah boy with a tallit.

In the Virginia House, minority leader Eileen Filler-Corn will become the first female speaker of the oldest legislative chamber in the country — if she can survive an unexpected leadership challenge — and the first Jewish one, too. She is on the Washington region’s American Jewish Committee board (she represents a suburban Fairfax County district) and spoke up this summer when a Republican candidate for the House posted a tasteless meme mocking comparisons between concentration camps and migrant detention camps.

“I was shocked, I was disgusted, it’s anti-immigrant, anti-human and anti-Semitic,” she told me at the time.

George Soros, the liberal billionaire philanthropist, dumped money into prosecutors’ races in suburbs in Virginia and Pennsylvania this election. The more than $2 million from his political action committee paid off: Three of his backed candidates won in Northern Virginia and one won in Delaware County. But in prosecutor races in upstate New York, a Soros candidate lost in Monroe County and another in Ulster County is in a dead heat with the Republican as they start counting absentee ballots.

This is not the first run for Soros and prosecutor races. And as soon as the Holocaust survivor’s name came up, so did the nativist intimations.

“If you believe in democracy, why is one rich guy getting to decide a prosecutor’s race in Fairfax, Virginia, not from Fairfax, not even from America actually, originally, and yet he’s getting to decide what the county is like?” Tucker Carlson asked on his Fox News Channel talk show.

Soros, who fled his native Hungary in 1947, immigrated to the United States in 1956.

You’re  the shanda — no, you’re the shanda: As noted above, the RJC launched its most expensive election campaign, pledging $10 million for an ad campaign calling Democrats a “shanda,” or “disgrace” in Yiddish. They take issue with a number of presidential nominees who are contemplating leveraging aid to Israel to bring it in line with U.S. policies. On Twitter, the Jewish Democratic Council of America’s Halie Soifer said the RJC is the shanda for backing Trump, saying he has emboldened “anti-Semites and white nationalists” and has allowed anti-Semitism to spike on his watch.

Nita Lowey’s long goodbye: Lowey, a New York Democrat, is the chairwoman of the House Appropriations Committee, making her the second most powerful lawmaker in the House. After 32 years in Congress, she has decided not to run again, and she got misty talking with the Jewish Telegraphic Agency about her legacy as a Jewish woman leader in the world’s most powerful deliberative body.

At ADL’s Concert Against Hate, a missing note: The Anti-Defamation League’s Concert Against Hate marked its 25th anniversary this year at Washington’s Kennedy Center. Nina Totenberg, the judiciary correspondent for NPR who emceed the event, said it was not supposed to last more than a year — the first concert in 1995 marked the 50th anniversary of the end of the Holocaust and honored righteous gentiles. Since then, the concert has honored an array of people who have taken a stand against bigotry and discrimination.

The opening montage celebrated the presidents who have gibed with the ADL’s mission since the concerts were launched. It featured Bill Clinton, George W. Bush and Barack Obama appearing at Jewish events … and no Trump.

The presentation was a study in how hard it is in the age of Trump for nonpartisan civil rights groups to shy away from partisanship.

Broadway and Hollywood actors delivered dramatic readings prepared by the honorees, who were in the audience, between short concert pieces performed by the National Symphony Orchestra. Two of the four presentations, honoring Judge Thomas Buergenthal, a leading human rights expert who survived the Holocaust, and Mila Yamamoto, a lawyer who has championed LGBTQ and immigrant rights, intimated criticism of Trump administration policies but did not name the president.

But Trump does have his Jewish base: The president is having a fundraiser in New York next week with Orthodox Jewish backers. 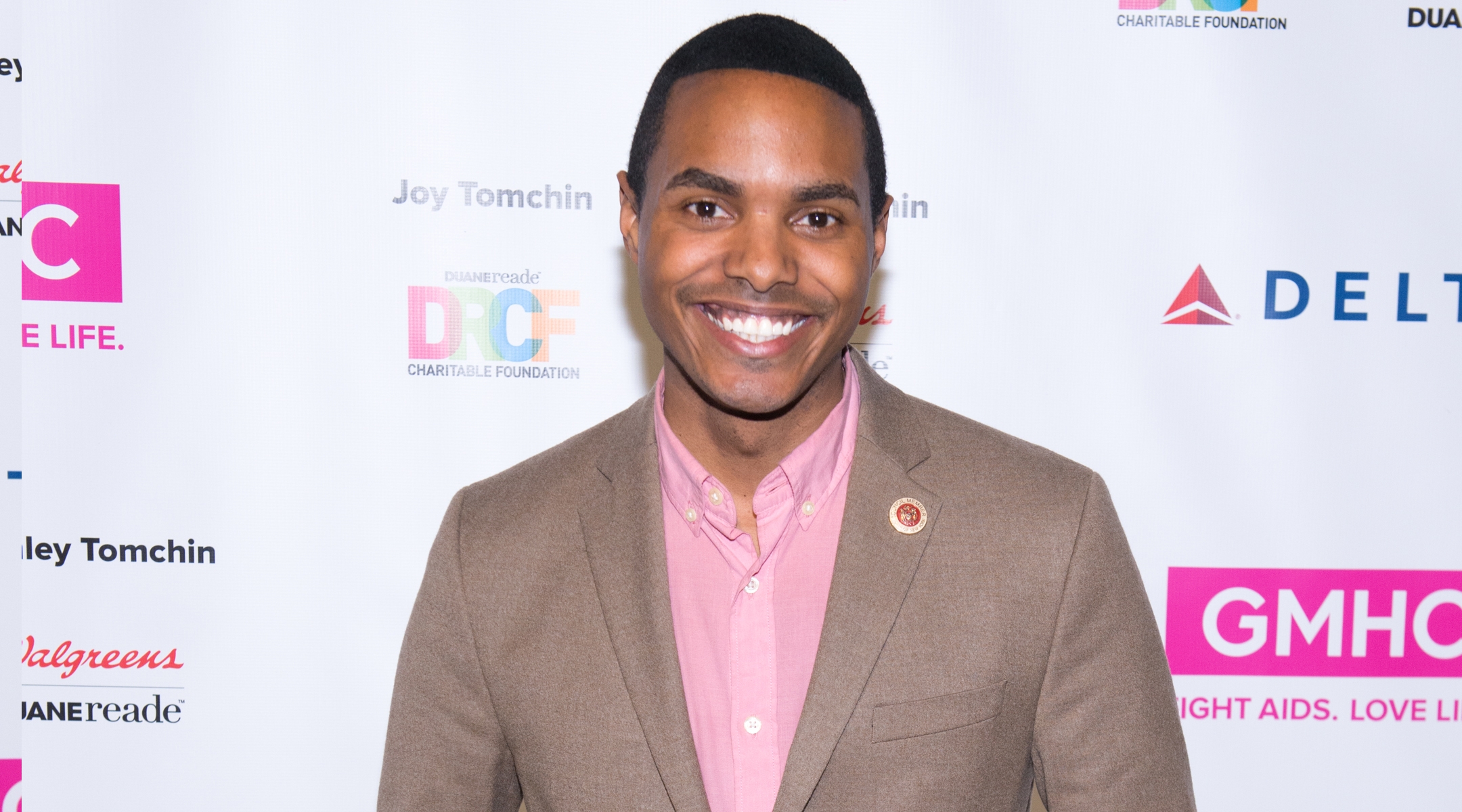 U.S. Rep. Jose Serrano is retiring next year after having represented his majority Hispanic South Bronx District for 30 years because he has been diagnosed with Parkinson’s disease. So far there are 10 Democrats running to succeed him, including a number of state and city legislators. The biggest buzz surrounds Ritchie Torres, a New York City Councilman who is 31, Latino, black and gay, and is known for his tough grilling of city officials. Interestingly, when it comes to Israel, Torres doesn’t seem to be walking the progressive line.

NORPAC, the center-right pro-Israel PAC, is running a fundraiser next week in Long Island for Torres. Here’s Jennifer Gonnerman at The New Yorker with a deep dive into Torres’ rocket to fame.

I just realized that the word "Dorito" implies the existence of a larger, adulter, possibly more delicious "Doro"