Mel Brooks gets serious in HBO special — but there’s plenty of shtick, too 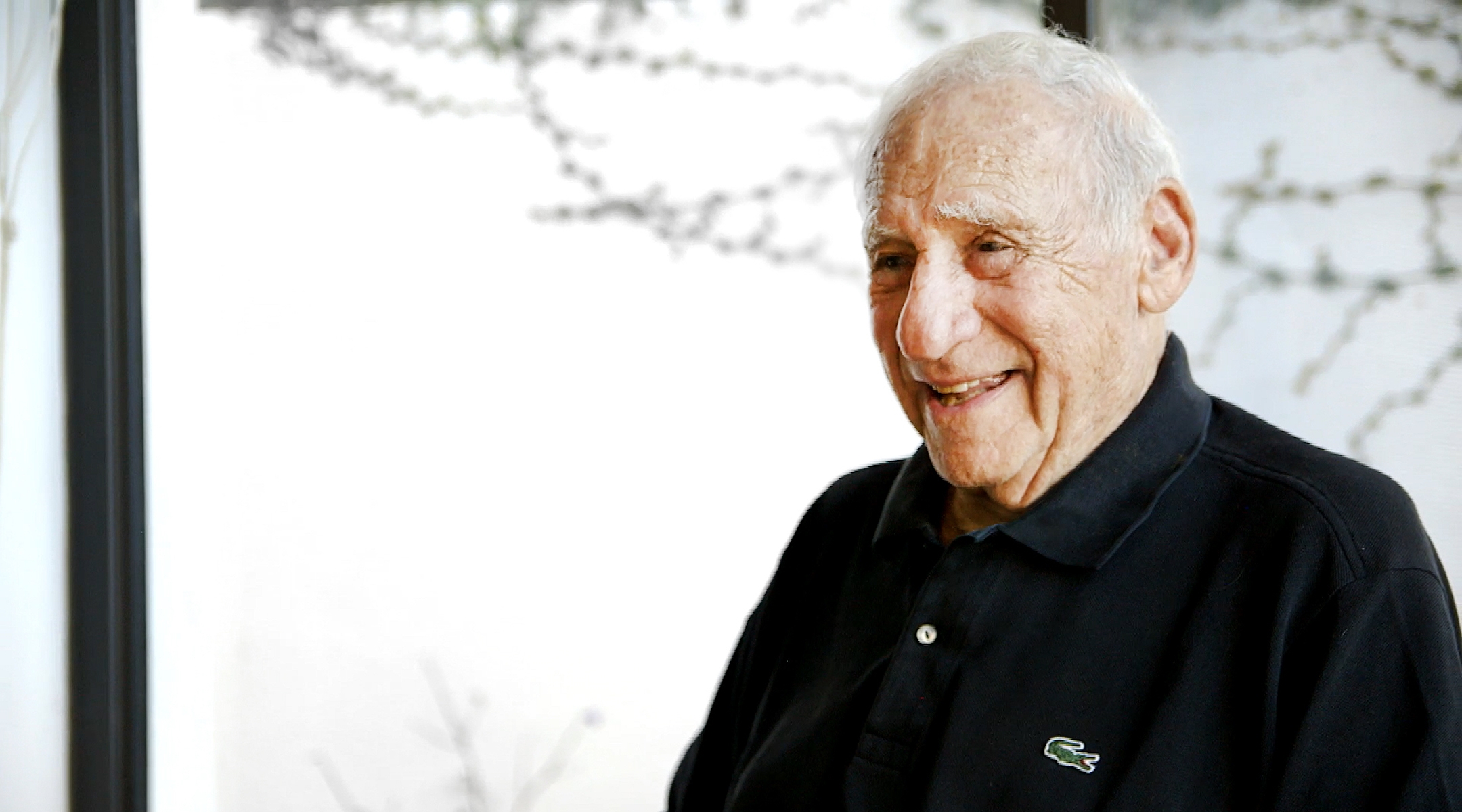 Mel Brooks on "Mel Brooks Unwrapped": “It is kind of a walk through my life, a memoir. Some of it is funny and some of it is moving and touching." (HBO)
Advertisement

(JTA) — Mel Brooks’ new HBO special is a departure from the comedian’s typical belly-laugh fare. In place of the slapstick gallows humor — though there’s plenty of that, too, in “Mel Brooks Unwrapped” — is a more introspective, documentary-style reminiscence of his nearly 60-year career.

“You got it right on the nose,” Brooks says in a phone interview from Hollywood. “It is kind of a walk through my life, a memoir. Some of it is funny, and some of it is moving and touching. It’s a very different kind of behind-the-camera look at me.”

Now 93, could it be that his advancing age accounts for the change of tone?

“It probably does,” he says, adding quickly, “But I’m not as old as Carl Reiner.”

Originally a BBC production, “Mel Brooks Unwrapped” is the work of Alan Yentob, the British network’s former creative director. The pair have developed a warm rapport through several previous interviews over the decades, clips of which are interwoven into the new production.

Brooks is more wizened than in the earlier clips, but still physically active and mentally as sharp as ever. He even drives. Yentob’s camera shows him driving to the supermarket, picking up some fixings and heading to Reiner’s house to cook dinner.

Reiner, 97, is Brooks’ longtime collaborator and comedic partner, and Brooks says they visit once or twice a week. But cooking dinner isn’t a regular thing. Normally it’s Reiner’s housekeeper who makes the food. Brooks claims to be there only for the free meal.

Brooks himself needs no introduction. He is one of only 15 people to earn an EGOT — an Emmy, Grammy, Oscar and Tony. Over the course of his decades in showbiz, his work — including the 1974 classic “Blazing Saddles,” the various incarnations of “The Producers,” and dozens of other films, television shows and comedy albums — has won him countless honors. In 2016, he won a National Medal of the Arts from President Barack Obama.

But Brooks isn’t just a veteran of show business, he’s also an old hand at the interviews that go along with the trade. He insists he never gets bored answering the same questions again and again.

“I couldn’t be who I am if I didn’t love the questions and making up answers and lying about my life,” Brooks says. “When you’re a comic in the Mountains, you have to be prepared for anything.” 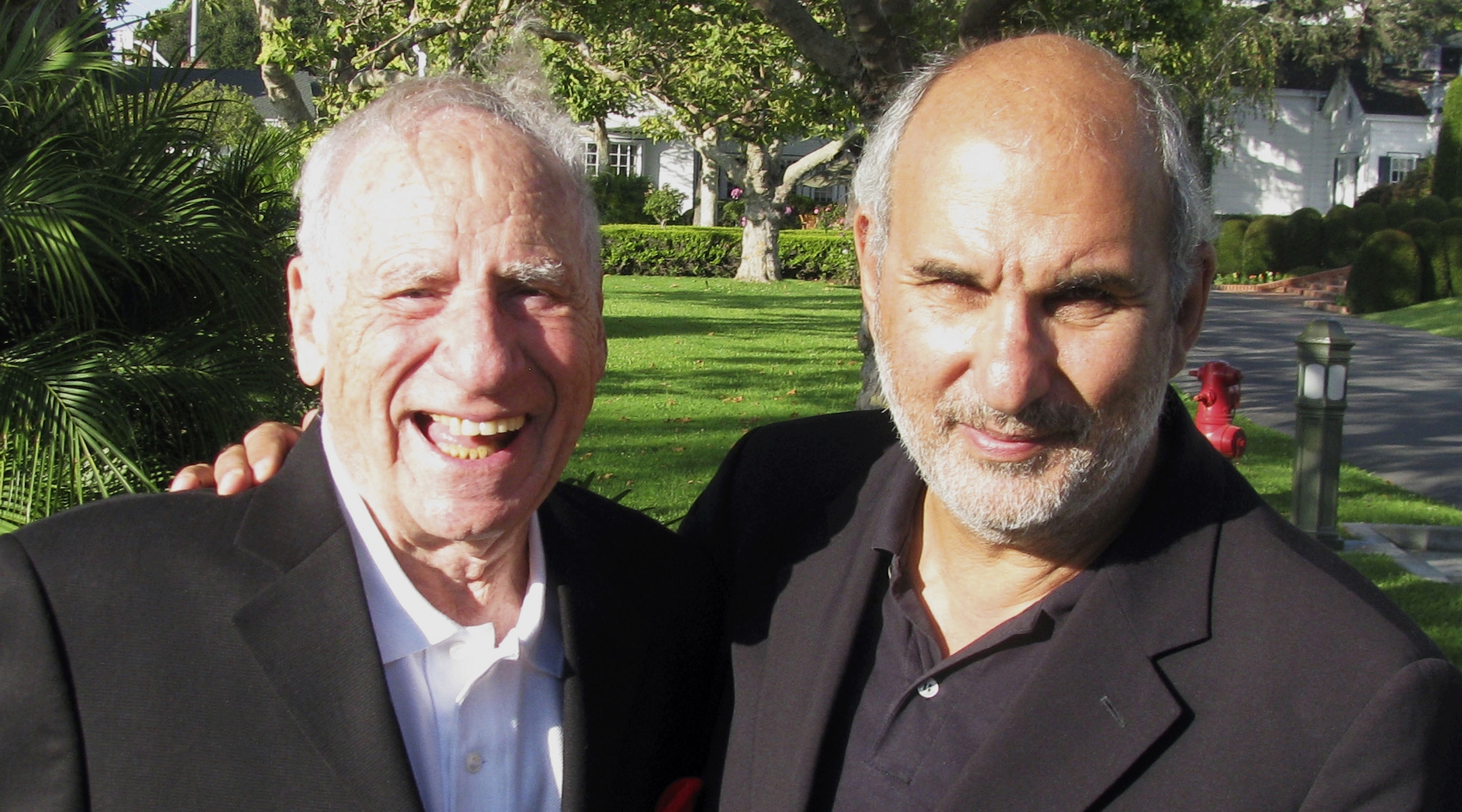 Alan Yentob, former creative director for the BBC, made the special with Brooks. The pair have developed a warm rapport through several previous interviews over the decades. (HBO)

The mountains, of course, are the Catskills, where thousands of New York City Jews used to escape the summer heat. Brooks, a Brooklyn native, got a job as a dishwasher at a Catskills resort as a teenager. Later he was allowed to perform some routines he had written.

“When I was there, there were so many wonderful hotels, and what training you got,” Brooks recalls. “You realized to make your act work, you needed good stories. You couldn’t steal material like Milton Berle. You had to have original material because that audience knew its stuff. Once I told a really funny joke and someone in the audience got up and said you stole that from Myron Cohen. And it was true.”

Brooks and Reiner achieved early acclaim in the 1950s writing and performing on Sid Caesar’s “Your Show of Shows” and its follow-up, “Caesar’s Hour.” Success after success followed, including the spy spoof “Get Smart” that Brooks co-created with Buck Henry. Along the way, Brooks and Reiner turned a routine they performed for friends at parties, “The 2,000 Year Old Man,” into a recording that sold over 1 million copies.

In 1964, Brooks married Anne Bancroft, whose newly released DVD collection is “selling like hotcakes,” Brooks said. “I wish it would sell like a boxed set.”

You can take the boy out of Brooklyn, you can’t take Brooklyn out of the boy. When the subject of his early years in the borough comes up, you can almost hear Brooks break out in a smile as he recounts his childhood memories.

“I remember my mother washed the floors,” he says. “Then she’d spread the newspaper down, the [Yiddish daily papers] Freiheit or the Forverts, to help the floor dry. Once my brother Irving came in and walked on the papers. I was about 5 and I yelled at Irving, ‘You’re cursed. God is going to kill you.’ I thought because the papers were written in Hebrew Yiddish, I thought the words were sacred.”

Brooks’ trademark Borscht Belt stylef owes everything to his childhood growing up in the heavily Jewish tenements of Brooklyn. He still remembers the pride his family felt when they were able to raise the $2 a month that allowed them to upgrade from an apartment at the back of their building, where the only view was of other buildings and garbage cans.

“I didn’t know any other life,” Brooks says. “When you grew up in Williamsburg and somebody goes by you who’s not Jewish, you feel sorry for them. You want to give them some food. I thought the whole world was Jewish — until I got into the Army.”

But Hollywood wasn’t the Army. As Brooks says in the documentary, after “The Producers” became a hit, “an army of Jews wanted to invest in my next musical comedy.” His success was assured — something he wishes he could have told his younger self.

“What you’re doing will work out,” Brooks says. “You always worry that you’re gonna fail. I got news for you: You didn’t fail.”