Jewish cemetery in Lebanon damaged by roadwork, its caretaker says 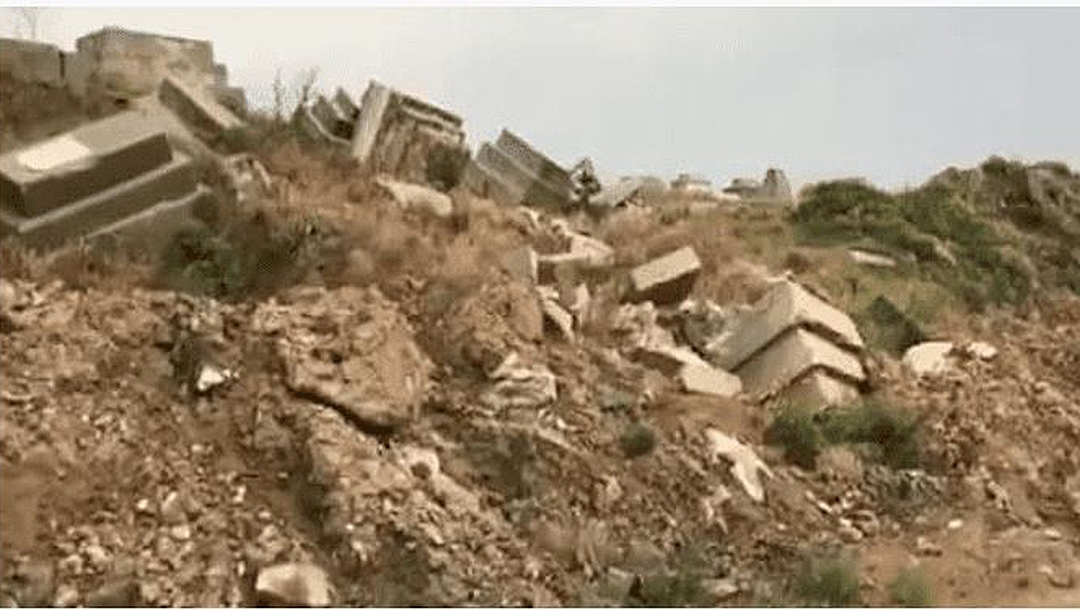 Footage posted in 2018 by a caretaker of the Jewish Cemetery of Sidon appears to show damage to at least seven tombstones. (Nagi Georges Zeidan/Facebook)
Advertisement

(JTA) — Roadwork in Sidon, Lebanon, has resulted in the destruction of multiple graves in one of the country’s three Jewish cemeteries, the graveyard’s caretaker said.

The damage occurred at three points along the edge of the Jewish Cemetery of Sidon, in Lebanon’s south, according to a report last month about the damage in Middle East Transparent, a news and activism site promoting minority rights.

The Nov. 19 report featured a video that on Facebook is dated to April 2018. It appears to show at least seven destroyed tombs bordering a dirt road that runs along an asphalt road. The tombstones were destroyed in groundwork for the widening of the road, according to the Middle East Transparent article.

According to a statement Friday by the Simon Wiesenthal Center, the video was made by Nagi Georges Zeidan, a local Christian who was retained as a caretaker for the cemetery by a Jewish man who resides in New York and Paris. The Jewish man’s parents and grandparents are buried in the cemetery.

The Jewish man, who wishes to remain anonymous, has funded renovations at the cemetery, including the repair of damage caused by roadwork in 1992, according to the Simon Wiesenthal Center and a 2015 article by Al Jazeera.

In 2015, the cemetery had 310 tombs scattered over nearly five acres, according to Al Jazeera. The oldest identified is from 1853, for a girl who died at the age of 12.

Israel’s army renovated the cemetery when it occupied parts of the Sidon region in the 1982 Lebanon War, Al Jazeera reported. But it was heavily vandalized by locals after the Israeli pullout, with many of the engraved gravestones removed from their bases.

The Wiesenthal Center’s director for international relations, Shimon Samuels, urged UNESCO in a letter Friday to intervene “in view of its role in preserving and protecting heritage sites.”

Lebanon used to have about 15,000 Jews living in the country before 1947, according to Israel’s Beit Hatefutsot Museum of the Jewish People. But Israel’s War of Independence, whose first hostilities began that year, led most of them to leave. In 1997, the whole country was home to 20 Jews, according to the museum.

The country’s two remaining Jewish cemeteries are located in Beirut and Tripoli.