Was ‘The Man in the High Castle’ good for the Jews? 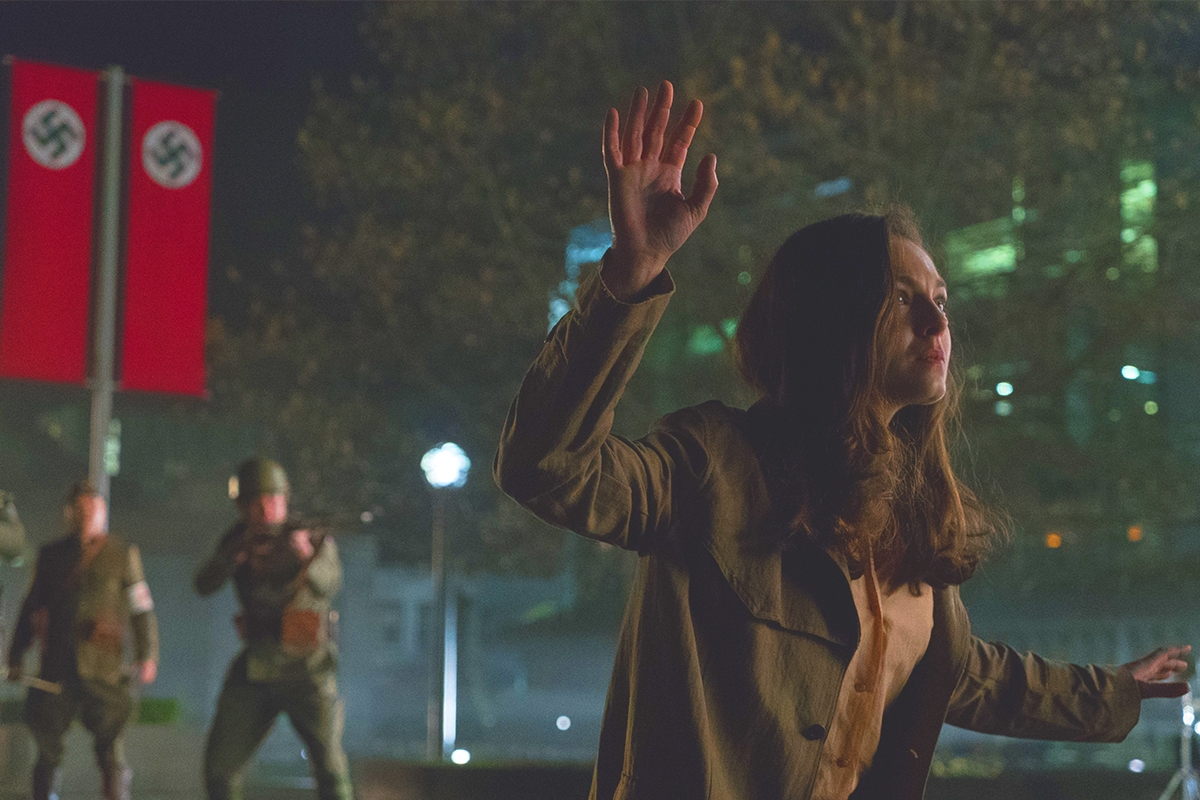 This article originally appeared on Alma. Significant spoilers for all four seasons of  “The Man in the High Castle” contained below.

When I started watching “The Man in the High Castle,” the idea of a show set in an alternate universe where the allies were defeated in WWII and the Nazis rule over half of North America landed differently than it does today. That’s not to say 2015 was any sort of idyll free of danger or systemic injustice, but the last four years have made the worst of our politics and society more overt.

For instance, when the show began in 2015, or when the book it was based off was published in 1962, the idea of Nazis marching in the streets of a major American city was a terrifying bit of fiction. As we all know, that’s not so far-fetched anymore.

I will admit to having a complicated relationship with “The Man in the High Castle.” While I think it was excellently made, consistently well-acted, and raised interesting questions worth chewing over, I find it difficult to recommend outright. It is extremely dark and bleak — even the lighter moments always seemed a long way off or were snatched away fast — and the inescapable Nazi iconography is a lot to subject yourself to over the course of an hour or more, especially if you’re Jewish.

Since the show wrapped up its final season last month, this is a good time to explore some of its highs and lows. Where did it swing for the fences? Where did it fall short? And what can other stories about alternate histories learn for the future?

To begin with, I am Jewish. I am also queer. And throughout “The Man in the High Castle,” I found a bitter and relentless hope in watching the characters like me moving through this world. This, for me, was the very best of the show — when even in the worst of times, when everything we feared has come to pass and the world is as frightful and dangerous as it has ever been, we are still here. We are falling in love, learning, making art, working, worshipping, and resisting a society that wants to remove us from the world. While some marginalized characters joined and organized resistance movements, and for others the act of survival was itself resistance, I took hope in it all. Watching the show, I was often reminded of a Yiddish resistance song, “Mir Veln Zey Iberleben,” which translates to “We Will Outlive Them.“

“The Man in the High Castle” best embodied this spirit in a scene near the end of Season 3, where Frank Frink — the show’s most prominent Jewish character since the beginning — has his bar mitzvah. Watching this man who used to minimize his heritage now learning and embracing it with a whole community of Jews in hiding would have been a powerful moment no matter how the show depicted it.

But they did something extraordinary — they chose to intercut the bar mitzvah with a scene of a Nazi rally, the audio from one overlapping the video of the other as they switched back and forth. As we watch Frank tentatively read from the Torah, we hear the chilling reminder of what he is risking, and we know the wolves are howling right outside the door. On the other hand, hearing Frank’s voice over the footage of the rally shows us that even in this world, the Nazis are neither all-powerful nor invincible. They have not stopped Jews from celebrating and reveling in their Jewish culture, community, and identity.

Frank gets beheaded in the next episode. I am still irked about it, because for me this exemplifies the show’s greatest pitfall. While “The Man in the High Castle” did have its moments of excellence at finding a glimmer of hope in the darkness, it didn’t always know what to do with all its characters, or why their survival might matter in the big picture beyond their immediate narrative purpose.

Over the course of the series, the writers embraced a universe where anyone could die. While this sometimes made for interesting stakes, it also meant that some storylines felt rushed or abruptly ended. Others never got their due, and characters who could have had more to say got dropped by the wayside instead.

From a technical standpoint, some aspects of the show were absolutely brilliant because of their attention to detail. The costume and set designers all deserve significant praise for their terrifying blending of classic Americana with Nazi elements. The show never wasted an opportunity to use visual iconography to enhance the narrative, designing a world both subtly and drastically different than our own.

The music department too deserves kudos. Their song choices were always on-point and insistently subversive, from using “Edelweiss” (from “The Sound of Music”) as the theme song to featuring deliberately anti-Nazi, anti-racist music in major plot moments. The fourth season in particular leaned into music by black composers as part of a larger story arc about a black American resistance movement, though that story itself seems like it should have been introduced much earlier.

A main arc of the show throughout all four seasons was the exploration of a very banal evil. John Smith, a former American soldier who joins the SS and rises through the ranks of the Nazi party, is a fascinating character precisely because he is not a cartoonish villain. He is a genuinely devoted family man who would do anything to protect his children — including willingly committing murder, upholding an oppressive regime, and participating in genocide.

Some of the show’s best satire comes in the moments we spend with Smith and his family at home, when we see how neatly 1950s American culture could have fit into this alternate timeline. Many of its most memorably chilling moments have been when we saw Smith at his most “ordinary” — reading a book to his children at the end of the day, kissing them goodnight, and tucking them into bed, all while his red armband hovers just at the edge of the screen.

Ultimately, “The Man in the High Castle” reminds us that the people who do evil things are still people — and that’s what makes their actions all the more horrifying. When they had the choice to fight back or give in, they chose the path that would keep them safe and comfortable at the expense of others. But the show also told the stories, over these last four years, of how it is both possible and so important to choose differently.