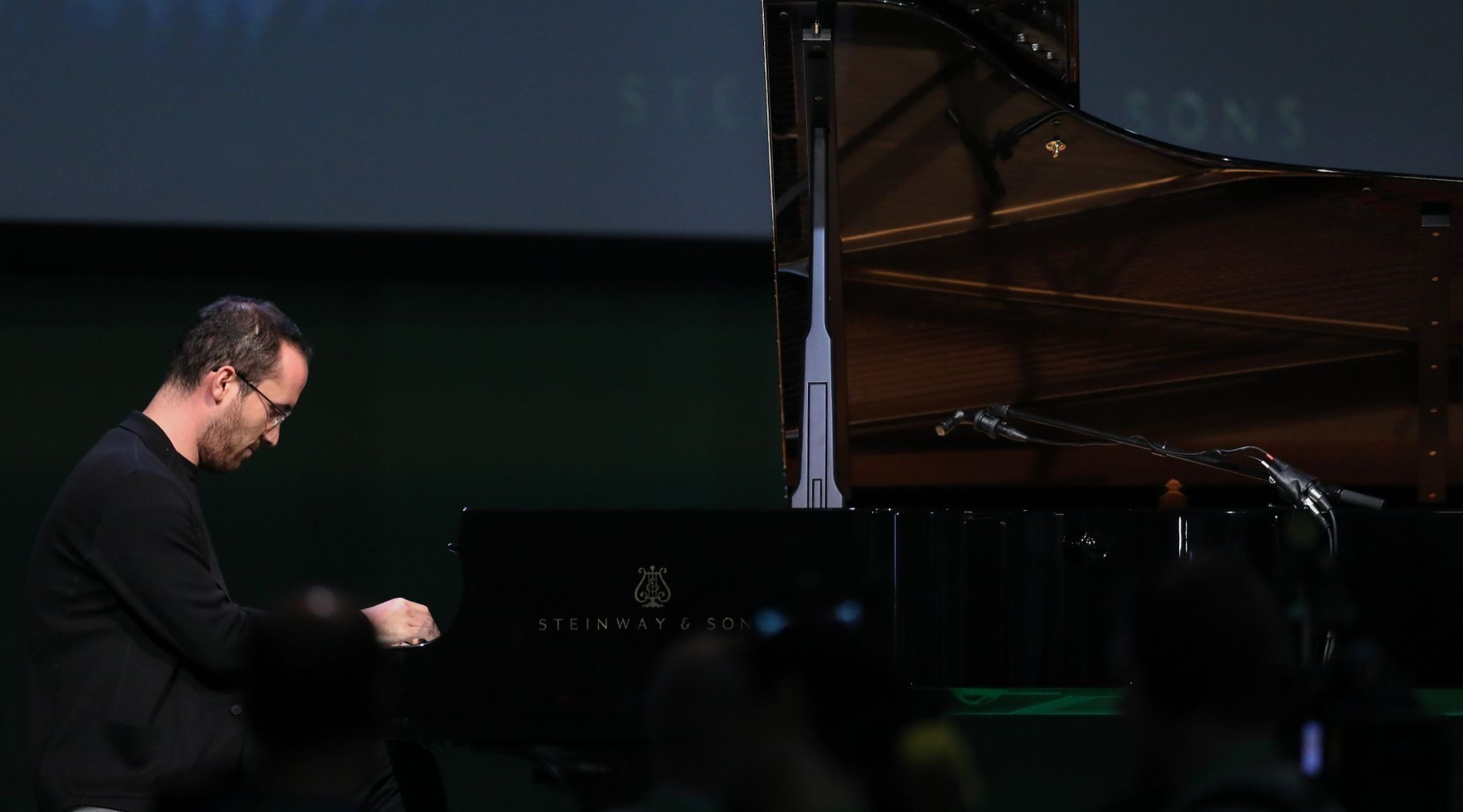 (JTA) — Pianist Igor Levit says he has received death threats and is warning about an increase in hate crimes in Germany.

The Russian-born musician, 32, whose family immigrated to Germany in 1995, said he received an email in mid-November threatening an assassination attempt against him at a concert in southern Germany.

His spokeswoman told the German media that Levit informed the police and then played the concert under tight security.

In an essay for the Sunday edition of the Tagesspiegel newspaper, Levit wrote that the threat was “loud and clear.” The email’s author said he would silence this “Jewish pig” in front of his audience.

Levit said he was afraid, but “not for myself.”

“[I’m afraid] for this country. My country. Our country,” he said.

Levit warned that the dangers of racism, anti-Semitism and right-wing extremist terror are underestimated in Germany, driven largely by social media.

“We are in the middle of a massive shift in norms,” Levit wrote. “Our democracy will no longer be the same if we allow anti-Semitism, racism and misogyny to gain more and more ground.”

Direct threats are not the only problem, Levit said, noting a recent incident in which a journalist asked him if “Israel is my homeland, because after all I’m a Jew.”

“He probably just wasn’t thinking. But it hit me like a slap,” Levit said. “I flinched because this is how it sounded: ‘You are different. You are not one of us …  Somehow you do not really belong here.'”

In May, Germany’s Federal Criminal Police Office reported that the number of anti-Semitic attacks in the country had risen from 1,691 in 2001 to 1,799 in 2018. The office reported 442 offenses, most of them hate speech, between January and June 2019.

Most anti-Semitic acts of violence were motivated by right-wing sentiments,. though a small percentage are ascribed to left-wing extremists and Islamic extremists.

In the most spectacular case in October, a gunman attacked a synagogue in the city of Halle on Yom Kippur. Unable to make his way inside, he shot and killed two nearby pedestrians.

“It’s not about ‘cases,’ or ‘incidents,'” Levit said in his essay. “It’s about victims, time and again. And it is about perpetrators and a pattern! A pattern of anti-Semitism and racism, right-wing extremism, terror and national-related violence.”

Levit has appeared in major concert halls and music festivals around the world, and has won several international awards.

Meanwhile, on Sunday night two hooded men vandalized a Jewish cemetery in the town of Geilenkirchen in the German state of North Rhine-Westphalia. The suspects, ages 21 and 33, allegedly knocked down more than 40 gravestones and defaced some with blue spray-paint. A witness called police, who arrested the suspects.