90,000 Orthodox Jews celebrated the Talmud on New Year’s Day. So did these 350 secular teens. 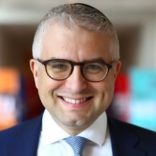 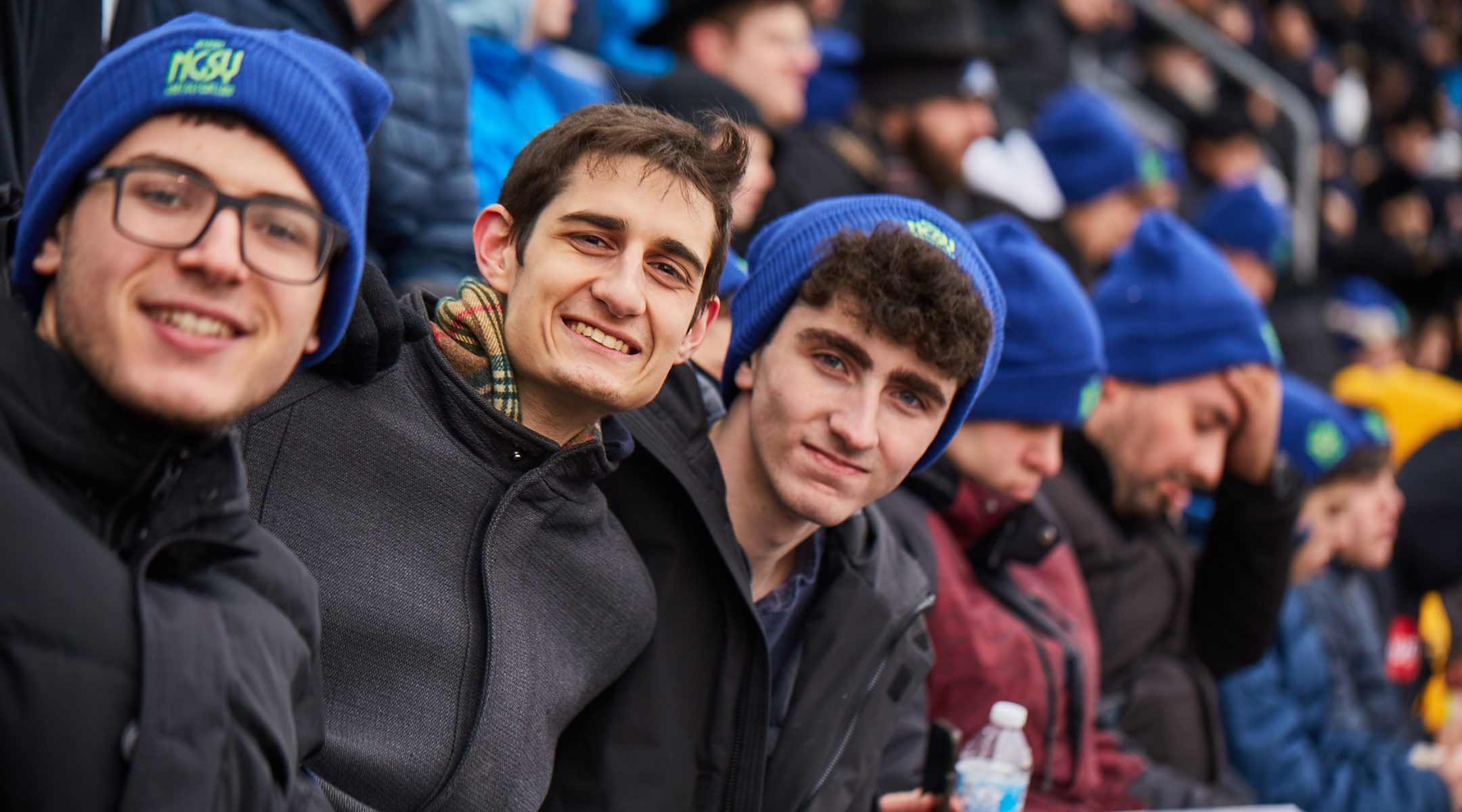 EAST RUTHERFORD, N.J. (JTA) — I have never been to a football game. But on Wednesday, I entered MetLife Stadium, home of the NFL’s New York Jets and Giants, with over 350 teenagers.

My group joined as a part of Yarchei Kallah, the weeklong Torah learning program for teens run by NCSY, the youth movement of the Orthodox Union. That day, over 90,000 Jews filled the stadium in celebration of the completion of a 7 1/2-year journey of learning the Talmud by reading a double-sided page per day known as Daf Yomi.

Most of the participants grew up Orthodox surrounded by a culture of Talmud study. In contrast, none of the 350 teenagers I brought to this event attend Jewish day schools.

It felt like explaining football to someone at their first Super Bowl party.

The first hurdle for this event is language. The right flank of the Orthodox community has adopted a unique lexicon commonly known as Yinglish. It’s not quite English, not quite Yiddish and certainly not modern Hebrew. Words like “zechus” (merit in Hebrew), “geshmak” (delicious or joyful in Yiddish) and “Kudsha B’rich Hu” (God in Aramaic) pebbled each speech — a peripatetic linguistic experience not unlike the Talmud itself.

Explaining the nature of the event and the purpose of the celebration can also be a mouthful. How are teens supposed to get excited about the Siyum HaShas (Completion of the Six Orders of the Mishnah) and celebrating the completion of Daf Yomi (daily page)? These terms — siyum, shas, daf and yomi — meant absolutely nothing to our participants.

The Talmud is an exilic document, and on every page of Talmud, the text along with the commentators that surround it exemplify the experience of Jews in exile. The Mishnah, written in Hebrew and compiled during the turn of the first millennium, presents the Oral Laws derived from the Bible. The Talmud, a commentary on the Mishnah, is a mix of Hebrew and Aramaic and was developed orally over several centuries, finally being written around the eighth century.

Surrounding the classical Talmudic page are commentaries that span centuries and geographies. Standing at MetLife Stadium felt similar, and the teens could sense it. They hailed from the United States, Canada and South America, and they were surrounded by Jews whose language and experiences felt foreign from their own.

But from the specious distance separating the teens from the Talmudic natives, a more fundamental commonality emerged.

None of the teens in our section at MetLife had finished the entire Talmud, let alone a page of Talmud. So what were they celebrating?

In 1969, a pioneer of nuclear physics was brought in front of Congress to defend a recent multimillion-dollar expenditure that his lab had made for physics research. While Robert Wilson was being interrogated by the lawmakers as to the benefits of this expense for national security, he famously responded, “It has nothing to do directly with defending our country except to make it worth defending.”

I thought about this a lot during the Siyum. Talmud study may not yet play a serious role in the lives of those surrounding me at the Siyum, but the celebration was a reminder to them about the ideas and traditions that make our people worth defending.

The morning after the Siyum, we gathered all the teens together to process their experiences. Rabbi Dr. Meir Soloveichik showed our participants his personal copy of The Survivors’ Talmud, the complete set of Talmud published by the U.S. government for the Jews in the Displaced Person camps following the Holocaust.

Soloveichik read the dedication to the teens, written by Rabbi Sanuel A. Snieg, chief rabbi of the U.S. Zone in occupied Europe:

“This special edition of the Talmud published in the very land where, but a short time ago, everything Jewish and of Jewish inspiration was anathema, will remain a symbol of the indestructibility of the Torah.”

Yes, it was cold. Yes, there were hurdles. Yes, there was organizational anxiety that the event would be irrelevant at best and, perhaps, offensive at worst to your average American 15-year-old. And, yes, our teens still do not understand Yiddish.

But they left understanding that we have a rich intellectual and emotional history preserved in the Talmud that was now in their hands to sustain. The pages of Talmud may not yet have anything directly to do with their daily Jewish life — except to make their Jewish identity worth defending.

Rabbi David Bashevkin
is the director of education for NCSY, the youth movement of the Orthodox Union, and an instructor at Yeshiva University.
The views and opinions expressed in this article are those of the author and do not necessarily reflect the views of JTA or its parent company, 70 Faces Media.