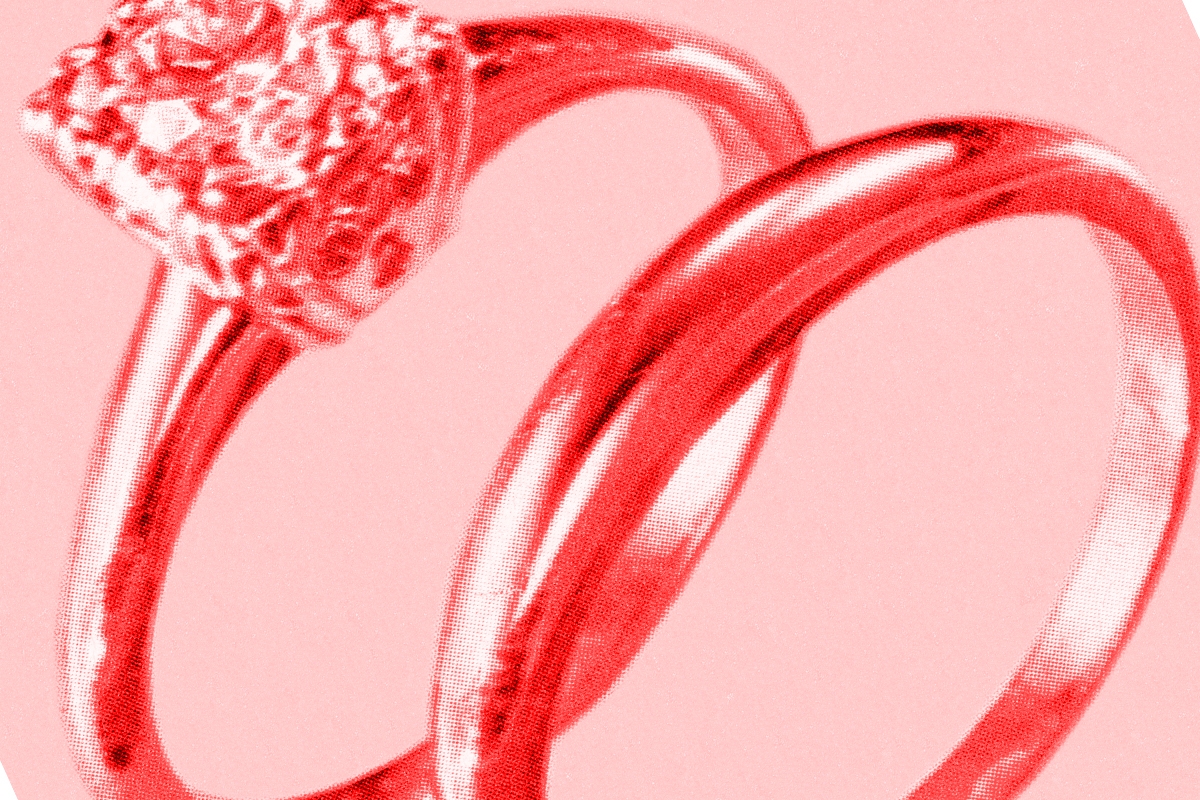 It’s Shabbat morning. I wake up, wash up, get dressed and rush off to synagogue. During services I mentally brace myself for the inevitable schmoozing during kiddush. It’s the same conversation most Saturday mornings at my synagogue: the weather, “how is that wonderful Jewish boyfriend,” when are you two going to get married, oh yes how are you, but really when are you two getting married? I try to derail the conversation by bringing up that lovely Shabbat dinner I hosted the evening before, or something about what Jewish Family Services, of which I am a board member, is doing. This often results in a blank stare until I awkwardly dodge off to get another slice of challah.

My name is Beth, I’m 25 years old and I’m in no particular hurry to get under the chuppah. I’m also not alone. I could — but don’t tell the bubbes at my synagogue I spent two years in graduate school researching trends in American Jewish communities and that I have sufficient external data to label myself as “perfectly average.”

According to the 2013 Pew Research Center’s Portrait of Jewish Americans — the largest survey of American Jewry conducted yet — American Jews are a fairly well educated community with an average of 58 percent reporting at least a bachelor’s degree. When lined up to the 2012 Knot Yet Study showing the demographic trends of marriage based on education, the numbers are clear. The average American, Jewish, university-educated 20-something is as likely as their non-Jewish peers to postpone marriage until at least their late 20s.

A friend once told me “you’re never really part of the community until you’re married.” As someone who often operates in more observant settings, I resonate with that feeling. Even when I’m in more “liberal” Jewish spaces, I so often find myself having to validate my own narrative as an unmarried active community member. The problem of feeling rushed to the chuppah may start with the community, but it can also be resolved by the community.

It’s time we start validating the unmarried demographic as serious, “full fledged” members of our communities and treating us as such. But that doesn’t just mean convincing the older members of our community to change their thinking. We also need to encourage young adults to host Shabbat meals, get involved on nonprofit boards, volunteer at Hebrew schools and partake in other roles that have historically been viewed as “things that married folks do.”

Instead of events for 20- and 30-somethings that have obvious objectives of arranging marriages, why don’t we start validating community engagement as valuable actions that singles can take? I’m talking hiking trips, cooking classes, Shabbat dinners and other cultural programs, none of which you have to be married to enjoy.

I volunteered to be on the board of directors for my local Jewish Family Services because a friend reached out and invited me. Within that space I feel fully integrated and embraced by the community. As an unmarried 20-something I feel seen as a helper, a supporter and a community member who is just as integrated as any other board member.

Hosting and attending Shabbat dinners has also become a core part of my Jewish cultural identity, especially as I’ve transitioned from being a student to being a young professional. As someone living very far away from home, Shabbat dinners make me feel grounded with a strong sense of extended family. The days of preparation before the dinner makes my quiet single bedroom apartment feel like a bustling family home.

When I invite my friends to Shabbat dinners at my house, we are able to hold a sacred space that is uniquely Jewish without the external pressures of cultural expectations demanding we meet certain milestones on a short timeline. It’s around the Shabbat dinner table that we are more than our jobs, our marital status, our income or our family background; it’s where we are able to just be ourselves.

Jewish life need not end at the last undergraduate Shabbat dinner and then restart when the happy couple asks a rabbi to officiate their wedding. As more American Jews choose to marry later and later, communities need to open their doors and say “come as you are” and not “come as you are so you get married and raise babies at this synagogue.” By inviting us into authentic, meaningful community — regardless of plans for marriage or lack thereof — we are creating stronger, more inclusive Jewish spaces.

On Saturday night, I come home from synagogue to a cozy apartment. The plates are piled high from last night’s dinner and the crockpot is still hot. I go onto Pinterest and look at my “I’ll get to it eventually” crafting boards. I don’t have a board pinned with “fantasy wedding” or “someday.” I’m 25, freely embracing Jewish life and in no hurry to get to the chuppah.