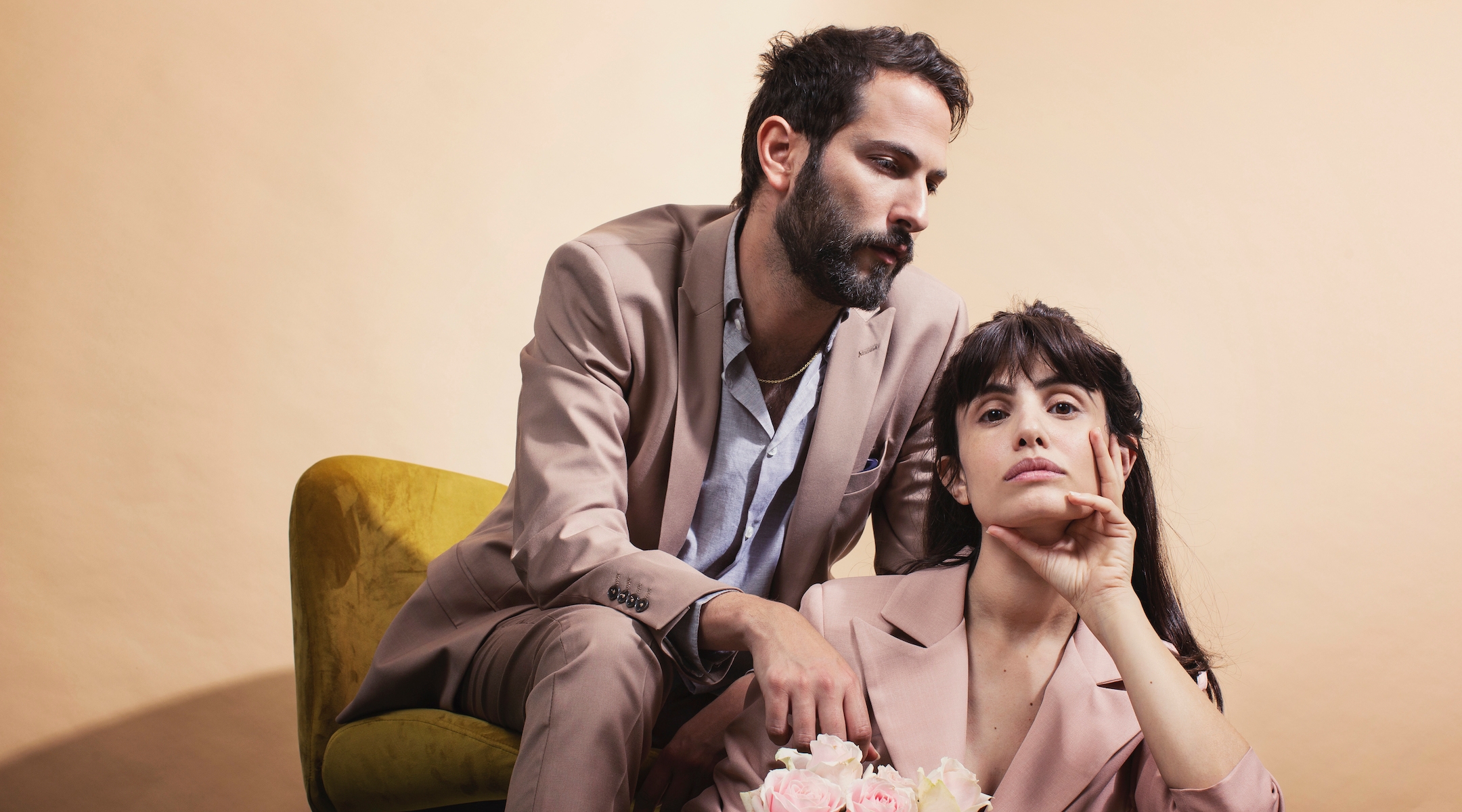 (JTA) — Gil Landau and Yael Cohen, the two core members of Lola Marsh, don’t seem to care much about any of it — the pressure of being Israel’s biggest indie band, the baggage that comes with being labeled as Israeli occupiers in some of the places they perform, even the stress of collaborating together as ex-boyfriend and girlfriend.

Calling on separate phone lines from Tel Aviv, they sound genuinely relaxed, as if they just put down a thoughtful book after hours of reading. Gil calls his bandmate Yaeli, a small but cute sign of affection.

“We prefer to deal with the fun stuff,” Gil says. “If someone asks us about the not fun stuff, we just try to lead the conversation to the fun stuff.”

Despite the stories that swirl around them, the pair have certainly had their share of fun since they met at a party over six years ago. Yael had worked as a waitress, Gil as a guitar teacher. Each had played in several different groups — Yael dabbled in a girl band and a cover band, Gil played in a psychedelic rock outfit — but nothing really got them anywhere.

They instantly hit it off, personally and musically, and agreed to be serious about the Lola Marsh project from the start, meeting to write and rehearse almost every day. Taking inspiration from everything from old Western movie soundtracks to modern indie rock, they crafted an original style that blends folk rock, pop and sweeping orchestral sounds. Yael’s voice is often compared to the smooth, sultry tone of Lana Del Rey.

The duo quickly signed with an indie record label, then the giant Universal music group, releasing an EP and then an album, “Remember Roses,” in 2017. They’ve since played big festivals around the world, cultivating a diverse global following and piling up several million Spotify streams. Their second album, “Someday Tomorrow Maybe,” was released on Friday. 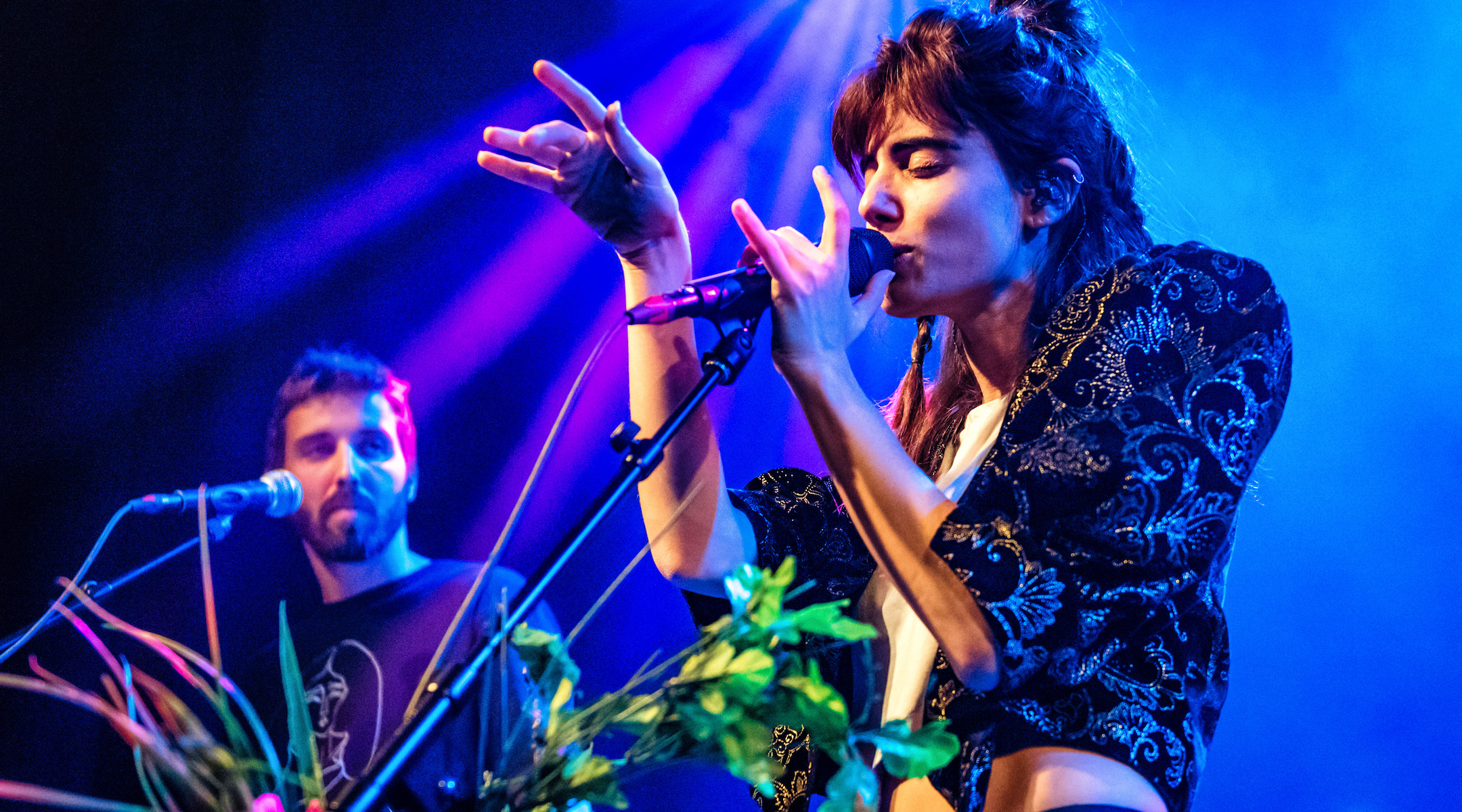 Among other topics, the album deals with moving on from hard times — including from each other. After starting the band, Gil and Yael started to date, but it didn’t last.

Miraculously, they emerged from their relationship as even better friends, and Gil thinks their songwriting process got more comfortable as well. This time around, the two gathered every day for three months to sit in a room of instruments and experiment. It was a stark contrast to the way the first album was pieced together, from old ideas and songs written between busy bouts of touring.

“Both of us I think overcame our breakup much before we started to write the next album, it was really just the inspiration: ‘We’ve been through it together.’ ‘Yeah you remember?’ ‘Yeah, let’s write about it,’” Gil said. “It was like friends who were under something together and could share their mutual feelings together.”

“Of course it was difficult… but how do you say it — we won. It’s a success [for] both of us,” Yael said. “As musicians we have the chance to share our feelings inside the songs, so it’s kind of like a medicine sometimes… some way to get closure.”

The product of their efforts is like nothing else in Israel — or the U.S. and Europe for that matter. At times, the band sounds like it was plucked from several decades ago, probably because Yael and Gil both love old-fashioned crooners (Yael cites Israeli singer Eviatar Banai and France Gall as inspirations). They also have a fondness for old spaghetti western soundtracks. Gil balances that out by stating his fondness for contemporary acts like Sufjan Stevens, Childish Gambino and Tame Impala.

Yael says the music scene in Tel Aviv produces all those genres and more. But as she says they are viewed as indie in Israel because they sing in English, Gil stops her.

“I don’t like to use these words, whether it’s mainstream or pop or indie … I think we have our sound and we have our inspirations, some of them are from Israel, some of them from outside Israel, and we just try to do what we like to hear,” he says.

The fact that they’re Israeli — a rarity in the international indie scene — also doesn’t matter much to them.

“We don’t say, ‘Hey, we’re from here and you’re from there,’ and ‘We believe in this and that.’ … We really try to make it that we and the audience will come to the show, close our eyes and just feel something else for an hour and a half,” Gil says. “Not, ‘OK, I’m in Berlin, I’m in New York, I’m in Paris.’ No. You’re just in a show.”

Yael says they haven’t experienced any harassment in places they’ve performed in Europe that are hotbeds of anti-Israel sentiment.

But there are some instances where the pair get to talk about their country in a positive way with fans, usually when they’re asked about what life is like in Tel Aviv, Gil says. He also fondly recalls a time when they met an Iranian band backstage at a festival and the two groups had a cordial conversation.

But normally, he tries not to think about what others might be thinking about his identity.

“I deal with the next show on tour,” he says.