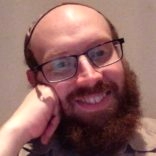 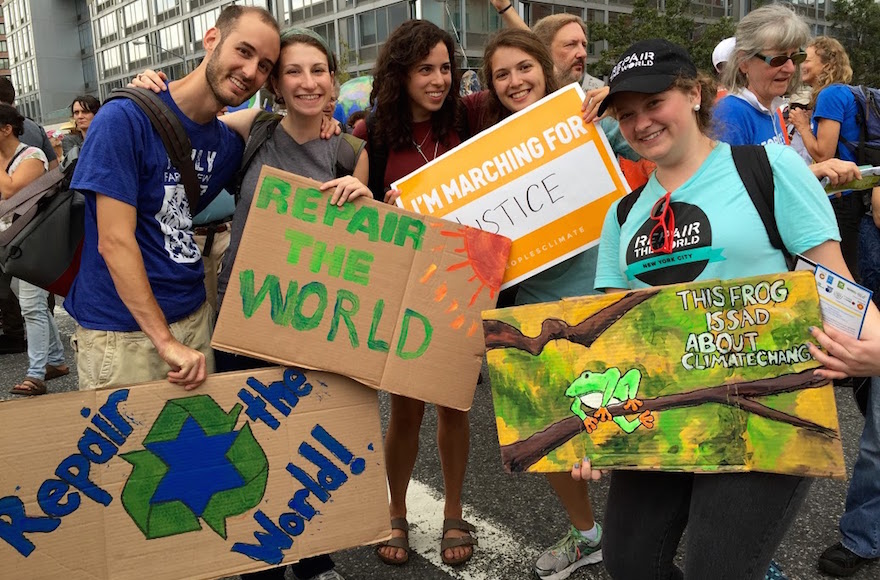 YARDLEY, Pa. (JTA) — Like every American Zionist, I want my vote for president to ensure Israel’s safety and ideals.

Deciding how to vote isn’t always easy. Many, including Yossi Klein Halevi, dread the day when American Zionists must choose between Bernie Sanders or Donald Trump.

For plenty of American Jews, Sanders represents “a self-hating Jew,” an anti-Zionist, or at best a liberal Zionist who, despite his kibbutz days, never deemed it important to deliver unconditional support for the Israeli government.

On the other hand, American Jews acknowledge Trump’s approach to Israel as right wing and, for many, it is reassuring to see that Trump is in step with ideas that Benjamin Netanyahu espouses — even an idea like annexation, the exact opposite of the disengagement that Ariel Sharon’s own conservative government orchestrated only 15 years ago.

In this polarized political atmosphere, how can a centrist Zionist vote responsibly? I have found a way through by thinking about how another issue I care deeply about, our Earth, affects the Jewish world.

I believe that the responsible Zionist vote today has to do less with voting for Israel’s future but voting for all of our futures. Israel is facing a threat even larger than Iran, violence from Palestinian terrorists, the Islamic State or any militant group. Not too long from now, Tel Aviv could be underwater, the blooming desert may shrivel away and there may be no people left to live in what is now the Jewish state.

Whereas few people would ever question scientists’ predictions about the visibility of stars, moons or planets over the coming decades, predictions from the same scientists about the way Earth will look in the next few years remain an area of greater controversy. While there is no cadre of serious scientists who can disprove global climate change, our global climate crisis is, as Al Gore put it, an inconvenient truth, and it is unsettling to consider.

Why must Zionists today make the environment their No. 1 priority as voters? Who else will defend Israel other than Zionists? Doesn’t a deep and informed commitment to Israel shape a robust understanding of foreign policy, of economic trade deals, of immigration?

It does, and these issues are near and dear to my heart, but I am afraid that rising temperatures and rising oceans may wipe away our civilizations — the value of a dollar bill, of religions, of borders, of everything.

As a religious Jew who understands why children exit their schools to march for a future where they don’t have to worry about mass starvation, I occasionally terrify myself when I imagine a planet with just a few humans left who have figured out how to scavenge (since the grocery stores have nobody to stock them or run them) in the middle of some wasteland (since very little flora can still grow) and have no jobs other than protecting themselves (since money doesn’t matter when there’s nothing to buy). These few humans, who suspect that they will be the last humans on Earth, have no interest in Judaism — the religion, the history or even the bagels. Judaism is a luxury for refined humans in a developed civilization with time for making life about more than just nutrition, clothing and shelter.

In an age without humans, Israel cannot exist, and Jewish tradition has nobody to observe it. The Babylonian Talmud shares a narrative (in Shabbat 88b-89a) where the angels in heaven are all clamoring to inherit the Torah, but God points out to them that the Torah provides a moral compass, an awareness of forces far greater than ourselves and a map for people searching for meaning in a physical world with suffering. God’s gift of the Torah would be useless in the hands of spirits; divine inspiration, the echo of God’s voice, is meant for human seekers.

Could some other species evolve and develop the potential to create or receive such a nuanced tradition as the one inherited by the Jewish people? I wouldn’t want to bet on such slim chances. I accept the simple principle of faith that Rabbi Bradley Shavit Artson has stated: “God is not done with us yet.”

I am not yet willing to accept a world beset by natural disaster where great Jewish books lie dormant with no souls to notice them. A world where there is nobody left to study Torah is the Jewish nightmare.

When fires burn apart California, when Cape Town loses clean water, and when the ice caps slowly melt into facts from the past, I know we have to put in a serious effort to be God’s partners in creation. The least we can do is a little maintenance for Earth.

Although a Sanders vs. Trump choice is one that deprives me of voting for my favorite candidate (Warren, if you must know) — Yossi Klein Halevi’s dilemma poses no moral equivalency for me. The Torah does not give much voting advice, but it does tell us to “choose life” (Deuteronomy 30:19). I am going to vote with great hope and enthusiasm for the candidate who can best convince me that they will do everything they can to keep our planet a place where we can all live — in Israel and the Diaspora.

The Jewish people have survived and rebuilt many times. In this time of all these crises, Jews rely on the whole world surviving and rebuilding together.

Rabbi Jonah Rank
is a musician and writer who serves Kehilat HaNahar in New Hope, Penn., as the Director of its Shul School.
The views and opinions expressed in this article are those of the author and do not necessarily reflect the views of JTA or its parent company, 70 Faces Media.