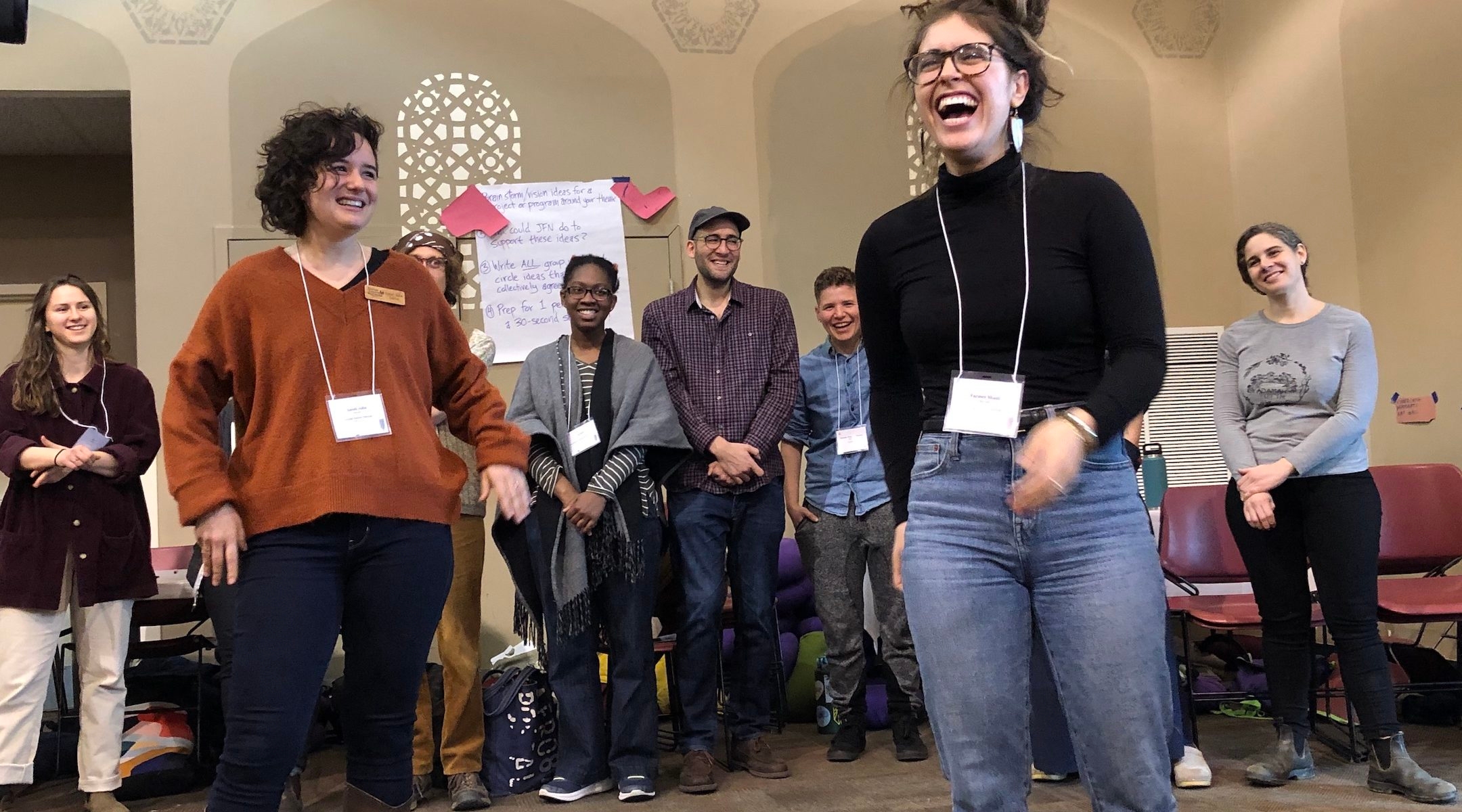 REISTERSTOWN, Md. (JTA) — When Sarah Julia Seldin arrived at the main national gathering of Jewish foodies in 2016, she was disappointed to find no programming aimed specifically at people like her.

There were sessions on kosher cooking, Jewish food ethics and the realities of kosher animal slaughter. But there was little programming at the Hazon Food Conference specifically for those who devote their time and energy to actually growing food.

So Seldin, a farmer who runs Yesod Farm + Kitchen in Fairview, North Carolina, put out the word that she wanted to connect with other Jewish farmers. Some 13 people responded to the invite, including Shani Mink, who was then farming at the Pearlstone Jewish Retreat Center outside Baltimore.

That afternoon, the two women started a Facebook page and invited all the Jewish farmers they knew to join. They called it the Jewish Farmer Network, and within two days 200 people had signed up. Now the number is roughly 800, and another 1,600 follow the group on Instagram.

“The takeaway for people in the room is that they were living their Judaism through stewardship of land,” Seldin said. “For them, their farming was how they were living Judaism in the world. But they felt alone. Jewish farmers suffer from a double invisibility — Jews don’t expect you to be farmers, and farmers don’t expect you to be Jews. So there’s a deep desire for connection. ”

In February, the network offered a real-time opportunity for exactly that when it held its inaugural conference — a sold-out gathering of 160 Jewish farmers at Pearlstone. (Another 30 were left on a waitlist.) Over the course of three days, participants enjoyed locally sourced vegetarian meals and participated in sessions about Jewish agricultural traditions, including Jewish teachings on food justice, animal ethics and the spiritual significance of trees.

But more than anything else, the participants said they were eager for connection with other Jewish farmers.

“I have felt incredibly isolated as a Jewish person in farming,” said Betsy Samuelson, a seed expert who runs a cannabis consulting business with her husband. “I’ve reached out to my network of Jews many times to try and find connection and community and was not responded to. And when the Jewish Farmer Network came about, that’s when I felt responded to, welcomed and embraced. And ever since I’ve been here, that’s the way I’ve felt. These are my people. It’s home.”

To many in the Jewish food movement, this is hardly a surprise. Jewish farms have been popping up across the country for years now, many of them started by alumni of Jewish farming and environmental programs. Other Jews have come to farming out of mounting alarm over climate change or through activism around food issues. And some just sought a more peaceful way of life than what was on offer in the city.

But farming by its very nature can be an isolating endeavor. And with a new generation of Jewish farmers taking to the land, driven in part by the same factors inspiring growing numbers of young Americans more broadly to embrace a way of life once abandoned by their forebears, some are discovering a hunger for something not easily found in most pockets of rural America: other Jews.

“It’s both amazing and in some sense it’s like, oh, it’s about time,” said Shamu Sadeh, the co-founder and former director of Adamah, a three-month fellowship combining organic farming with Jewish learning.

The conference program would have looked familiar to any Adamah alum — three days of yoga sessions, spirited prayer and workshops on Jewish agricultural ethics. On Saturday night, the entire program was given over to an extended discussion of shmittah, the Jewish sabbatical year, when fields are supposed to lay fallow, debts are forgiven and private lands are opened to the commons.

“We want to help farmers understand that Judaism has something for them,” said Mink, now the network’s executive director. “We have this whole expansive body of wisdom that can help us figure out how to build a more just and regenerative food system.”

One of those farmers is Yogev Von Kundra, a Virginia grower who recently purchased land for his own operation in Damascus, a tiny town just north of the Tennessee border. Von Kundra grew up with almost no Jewish education, celebrating Passover at the home of one of his father’s co-workers and little else.

But after years of encouragement from a friend, Von Kundra went to Israel on Birthright in 2019 and it changed his life. He took on the name Yogev (he was named Jason at birth) as a sign of his growing Jewish identification and began hosting Shabbat meals. 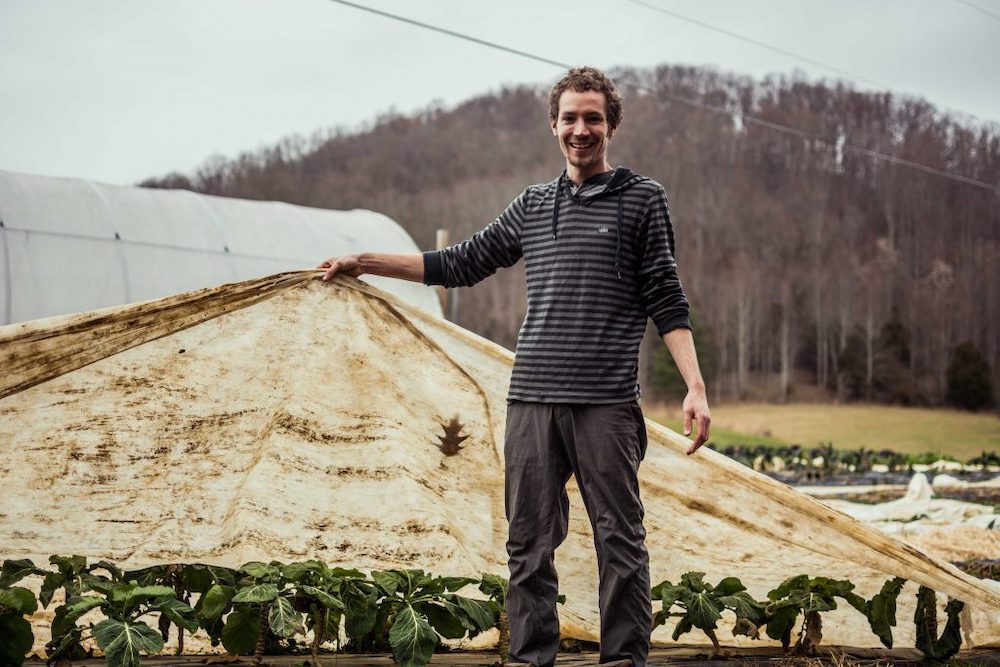 “It was a spiritual experience,” Von Kundra said. “It felt like almost beyond time. It felt like I am no longer the individual I thought that I was.”

Like many young people drawn to farming, Von Kundra came up through the food justice movement. As his Jewish connection deepened, he was amazed to discover how much overlap there is between Jewish agricultural teachings, with their emphasis on social responsibility and ecological restraint, and the work he was already doing.

“I feel like I’ve always been doing Jewish farming, but I didn’t understand it as such because I had a narrow lens of Judaism as a child that I didn’t connect with,” Von Kundra said.

For Margaret Hathaway, discovering Judaism and farming happened together — and she’s fairly certain she wouldn’t have embraced the latter without the former.

“Urban Judaism does not resonate with me,” Hathaway said. “If I had stayed in New York, I’m not sure I would have converted.”

Hathaway met her husband, Karl Schatz, when they were living in New York. In 2005, they bought land in Maine near where Schatz grew up. Today they run Ten Apple Farm, an agritourism business that offers farm stays and goat hikes — two-hour walks accompanied by goats through the forest that culminate with a chance for visitors to try out their milking skills.

Hathaway and Schatz aren’t regulars at synagogue and there’s nothing overtly Jewish about their farm. But they do prune their apple trees on Tu b’Shvat, the late-winter holiday that is the Jewish answer to Arbor Day. Several weeks later on Passover, they harvest horseradish right from the ground for their seder.

“As a parent, I look at our kids — they don’t really have peers who are Jewish farmers in Maine,” Hathaway said. “But they come here and they’re surrounded by [Jews] who have made the decision [to farm]. It gives them a sense of community.”

Building Jewish community around food and farming is a central tenet of the Jewish food movement, which has fostered the growth of nonprofit Jewish educational farms across the country over the past decade.

Many are run by alumni of programs like Adamah, which has graduated about 450 people in its 17-year history. But others, like the one started by Micah Chetrit in 2018 on the grounds of a synagogue in Tucson, Arizona, are not.

A descendant of Jews who farmed in a tiny village in Morocco, Chetrit hopes to expose local Jews to ancient Jewish farming practices — particularly those connected to desert agriculture. The farm is named The Midbar Project, Hebrew for desert.

Chetrit began digging beds last year and held the first farm event in May — a celebration of Mimouna, the Moroccan feast held at the conclusion of Passover.

“Being in the desert, I felt very connected, but I could never name why,” Chetrit said. “And as I’ve learned more and more about my family’s history working soil in the desert, I can name those feelings. This makes sense. This feels inherent. The connections are starting to piece together.” 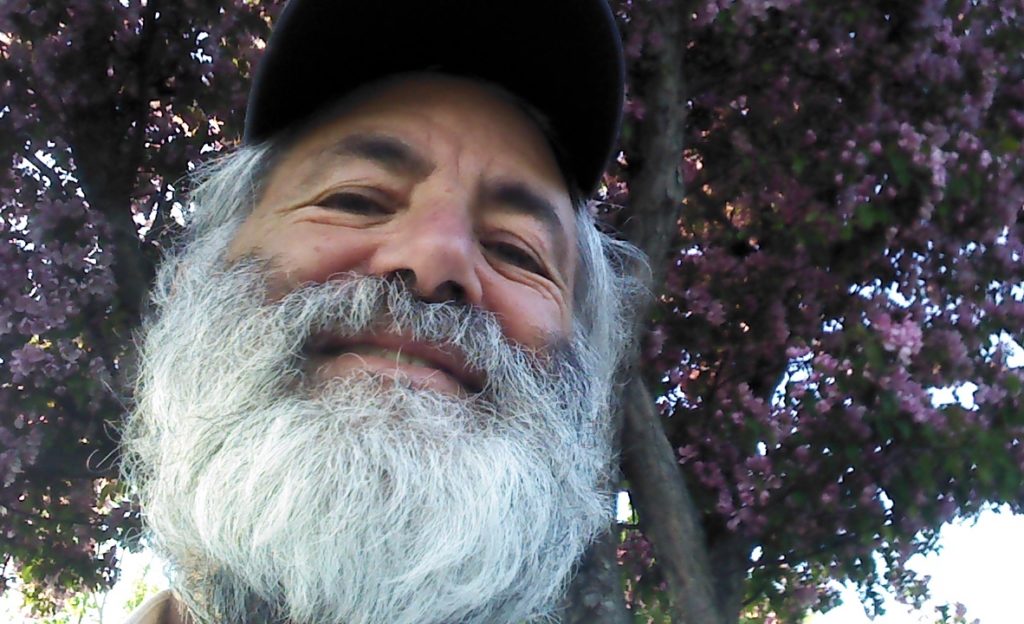 Few Jewish farmers would make such claims. But many in the Jewish food movement would say that even those who don’t give their farms Hebrew names or time their plantings to the Jewish calendar, they are farming Jewishly if they are farming in a manner that respects the earth and the people who work it.

“They’re living the Jewish values that they got from their grandparents,” said David Fried, who runs Elmore Roots, a fruit tree and berry nursery outside Montpelier, Vermont. “They’re taking the love, the way their grandparents loved them, and they’re pouring their love into the land. They don’t necessarily know it’s a Jewish thing, but they’re using all the Jewish values that they got.”