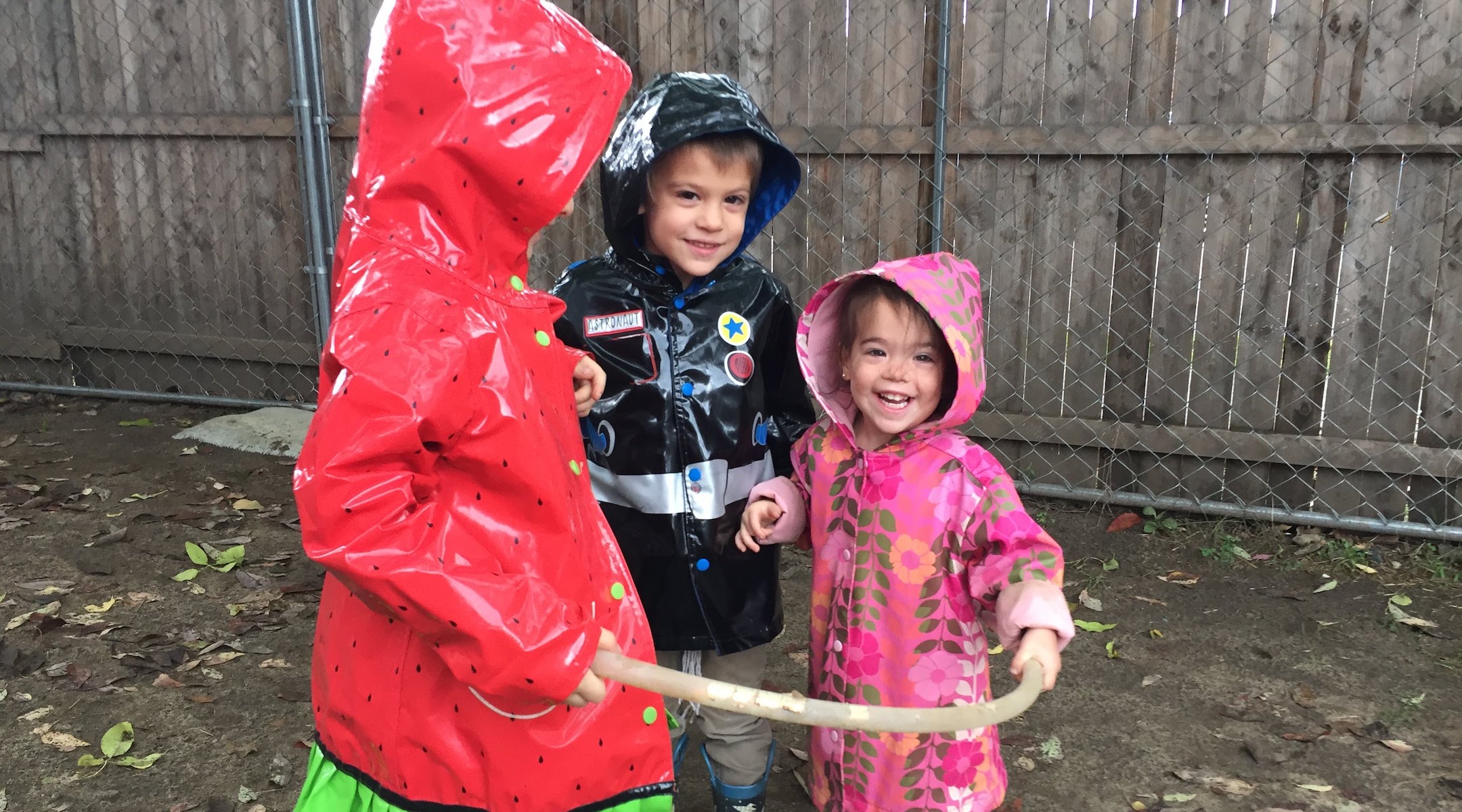 Kids at the Chabad-run preschool in Burlington, Vermont, play in the yard. (Courtesy of Draizy Junik)
Advertisement

(JTA) — Draizy Junik is well acquainted with the challenges of living a Jewish life in Vermont, a state that while home to a well-known Jewish Democratic presidential candidate has a total Jewish population of about 20,000 people.

As a kid, Junik was homeschooled until the age of 13 and then sent off to a Jewish school in Montreal, 100 miles to the north, returning home only for Shabbat. Vermont is home to 14 synagogues and four centers affiliated with the Chabad Hasidic movement, but no Jewish educational institution for kids older than 5.

“My ultimate goal was always to have a Jewish elementary school in Burlington,” said Junik, 28, who moved back to her home state with her husband in 2015 after spending time in Israel and New York to help her parents run the Chabad house there.

This fall, Junik will finally see that dream realized when the state’s first Jewish day school opens. The Tamim Academy, which will be  launched as part of a new network of Jewish schools, will be housed at the Burlington Chabad center and offer one combined kindergarten and first-grade class in its inaugural year. Junik hopes it will eventually expand to eighth grade.

“I love living here,” she said. “I think that first of all, the pace of life here is just really calm and it’s a really friendly place to live, very community oriented, family friendly, kid friendly. And it’s just also very much also a beautiful place that values nature a lot.” 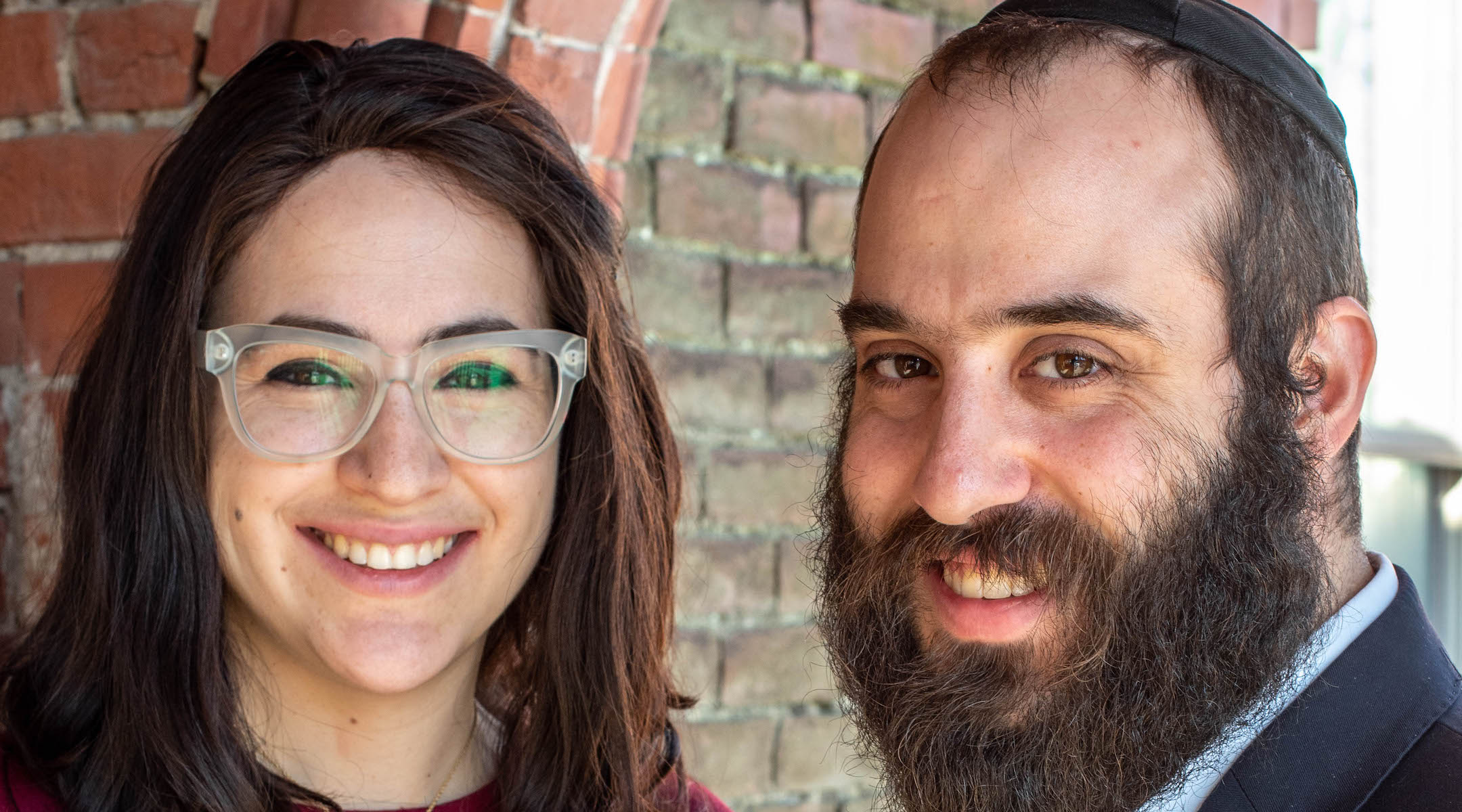 Nature will be a big part of students’ days at the school: They will travel once a week to a local farm, where they will help care for animals and learn about farming.

Susan Leff, executive director of Jewish Communities of Vermont, the only statewide Jewish umbrella group, called the opening of the school “very significant.”

“I think that the establishment of a Jewish day school is without any doubt a landmark event for the community and certainly for the families who take advantage of it,” she said.

Junik, who will serve as the school’s executive director, hopes the new school can provide a deeper Jewish experience for kids in Vermont as well as attract more Jewish families to the state. She also has a personal reason for opening the school now — the oldest of her four children is getting ready to start first grade and will be in the initial class.

“It’s really incredible that we’re able to live here in Burlington, a place that’s so far from large Jewish communities, and for my son to be able to have that experience of high-quality Jewish education,” she said.

Junik’s family history in Vermont dates back generations. Her family first moved to the state after her great-grandfather took a job as a rabbi, mohel and kosher slaughterer in the city of Barre. Her grandfather, whose parents were immigrants from Eastern Europe, was born there in 1920 and would commute to Burlington to attend Hebrew school in the afternoons after completing his secular studies.

“At that time, [Burlington] was a bustling Jewish community,” Junik said.

There were synagogues, kosher butchers and a bakery in a neighborhood that became known as “Little Jerusalem.” But there was no Jewish school, so Junik’s grandfather ended up leaving as a teenager to attend a yeshiva. His family followed shortly after.

Decades later, in 1984, Junik’s parents returned to Vermont to start the state’s first Chabad center in Burlington. They opened a preschool, which today has some 50 kids and which Junik helped expand last year to include a kindergarten.

As is common in Montessori schools, Tamim students will do plenty of hands-on and immersive learning like the farm experience, which kids in the the preschool program already do. They also will receive two to three hours of Hebrew-language immersion every day. 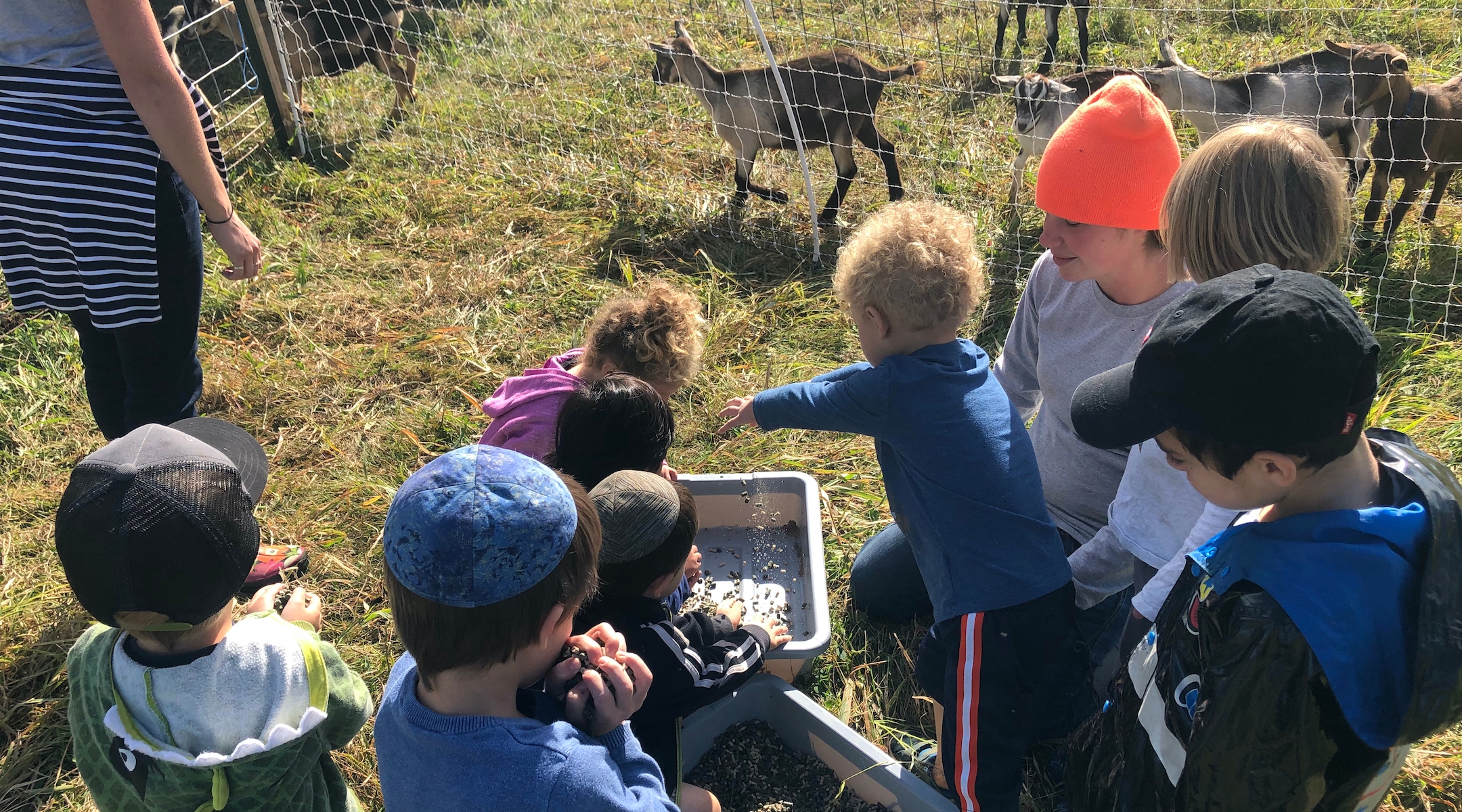 Children from the Chabad-run preschool in Burlington visit a local farm as part of a hands-on and immersive learning program. (Courtesy of Draizy Junik)

The curriculum will combine secular subjects with Jewish ones.

“If Hanukkah is coming up, then they’ll get to experience that in every subject,” Junik said. “In science they might be talking about light and electricity, and in art they might be working with oil-based drawings, and at the farm they might be doing the wicks and the oil, and in history learning about that time period.”

The number of Jewish schools that follow the teaching style pioneered by Maria Montessori has “exploded” in the past 20 years, according to Ami Petter-Lipstein, the executive director of the Jewish Montessori Society.

“If you go back into what Chazal [Jewish sages], what Jewish sources have said about education over the last several several thousand years, it lines up very well with Montessori philosophy, that you should teach child from where the child is,” she said, citing a teaching from the Book of Proverbs that calls for educating each child “according to his way.”

Petter-Lipstein traces the popularity of Montessori in Chabad to Reba Sharfstein, an emissary in Cincinnati. In the 1980s, Sharfstein approached the movement’s late leader, Rabbi Menachem Mendel Schneerson, to ask whether the Montessori method was a permissible educational model in Jewish schools.

In an article published on the website Chabad.org, Sharfstein said that Schneerson cautioned her against “becoming involved in the ‘philosophy’ of Montessori.’” Sharfstein took his response to mean “that I could use the Montessori method as an aid to teaching Torah values, but that I should not let the method itself become the focal point.”

Though the Tamim Academy is affiliated with the Chabad movement, Junik says Jews of all backgrounds will be welcome at the school, including interfaith families and children of same-sex couples.

Tuition is $10,500 per year, although scholarships will be available for those who cannot afford the full cost.

Junik said it would cost about $125,000 for the school to operate in its first year. She said she had raised money from private donors and received funding from the Tamim Academy, a Chabad-affiliated organization run from Philadelphia and New York that is set to support the opening of schools in New York and Boca Raton, Florida, in addition to the one in Vermont.

As she gets ready to open the school later this year, Junik thinks back to her family’s four generations of history in the state.

“I feel like we’ve definitely come full circle with our family being in Vermont,” she said, “and always working to build Jewish life and Jewish community here.”