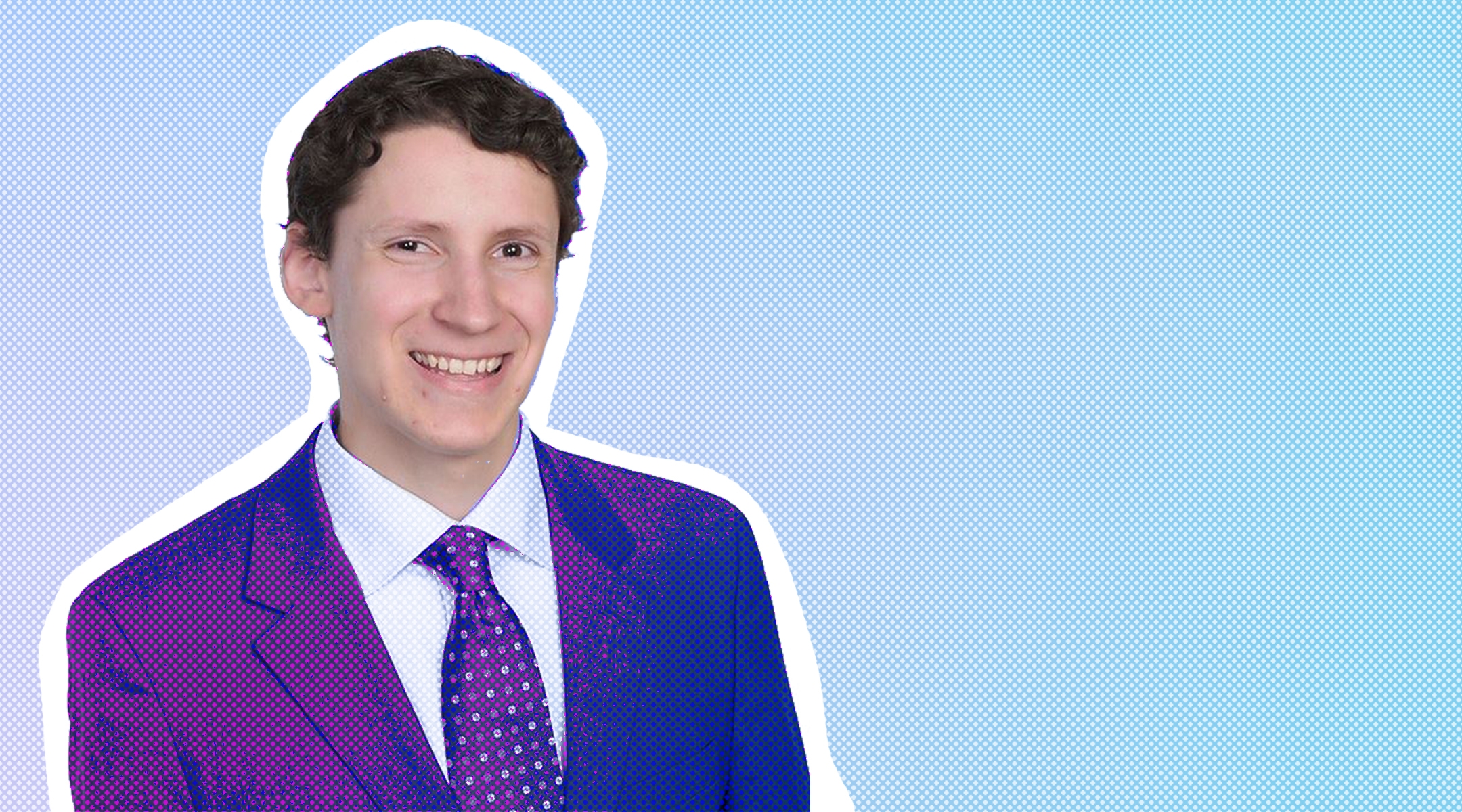 Britton Masback might have spent his teenage years focused almost exclusively on running had an injury not waylaid him back in middle school and set him on an alternative course.

Instead of working on shaving seconds off his impressive time in the 1,500 meters Masback, now 18 and a high school senior, has expended his energy trying to make his hometown of Portland, Oregon, a more compassionate and just place. His focus: interactions between police and young people, particularly African-American youths.

After Portland police shot an unarmed African-American teenager, Quanice Hayes, in early 2017, Masback and a friend launched a project called Youth Educating Police, which fosters trust and mutual understanding between the young people and officers.

“Judaism has inspired my commitment to public service,” Masback said, citing a great-grandfather who was a founder of United Jewish Appeal and a grandfather who was elected to public office in White Plains, New York. “I grew up with stories of family doing community work. I want to help people succeed. Tikkun olam and all.”

Masback’s interest in public life was spurred by the 2016 presidential election.

“I got interested in local politics and started getting involved in the mayoral campaign here and the school board, and realized I wanted to find ways to be more active in community affairs,” Masback said.

When he entered high school, he joined the Multnomah Youth Commission as part of a group of young people representing themselves and their peers in municipal decision-making on issues that affect them. Taji Chesiment, the friend with whom he’d later found Youth Educating Police, was on the commission at the time.

“When I met Britt, he was passionate about track and field,” Chesiment said. “He was on crutches, and the level of detail he shared about his leg and the mixture of seriousness — it was unique.”

The two teens became fast friends, drawn together in part by their desire to work toward social justice, particularly as it pertains to interactions between young people and police. African-American males are more than twice as likely as their white peers to die at the hands of the police, and Latino males are one-and-a-half times as likely, according to the Proceedings of the National Academy of Sciences.

“Young people who are facing disproportionate use of force can’t interact with officers in a safe, calm way,” Masback said. “There’s this clear problem, so as a young person I wanted to do something about it — starting in my hometown.”

Youth Educating Police holds events in nonthreatening, informal settings where youths and police can get to know one another.

“Because of staffing shortages and other challenges, there aren’t a lot of opportunities where officers go to where youth are,” Masback explained. With this program, he said, “I’ve seen youth walk in where they fear officers and walk out having exchanged phone numbers.”

The project also is holding facilitator-led training sessions for Portland’s nearly 1,000 police officers to help them better understand youth concerns, trauma and mental health issues. Designed with the help of academics and community organizers, the training uses role play and discussion to consider brain development in young people and the effect it has on their behavior in high-stress situations. Ultimately it aims to teach officers how to de-escalate situations nonviolently.

If youths appear tense or combative, officers often think they’ve done something bad, Masback said. The training aims to teach the police that the tension may stem from something unrelated.

“What we’re trying to get through is to suspend judgment and to say, ‘I care, I want to help you. I’m not trying to get you in trouble,’” Masback said. “If you’re able to talk on a human level, you can get through to youth in a better way.”

“It’s been quite a privilege to work with him,” Chesiment said of his friend. “I don’t see a lot of young people like Britt who will see a problem or see an issue and have a passion behind it and utilize their resources and networks to move stuff forward.”

As they prepare to graduate high school and head off to college, the two young men are talking about what’s next. Recently they’ve had initial discussions with representatives from police departments in Los Angeles, Chicago and elsewhere about instituting Youth Educating Police training there.

“There are 18,000 police departments around the country,” Masback said, “and we feel it’s useful everywhere.”