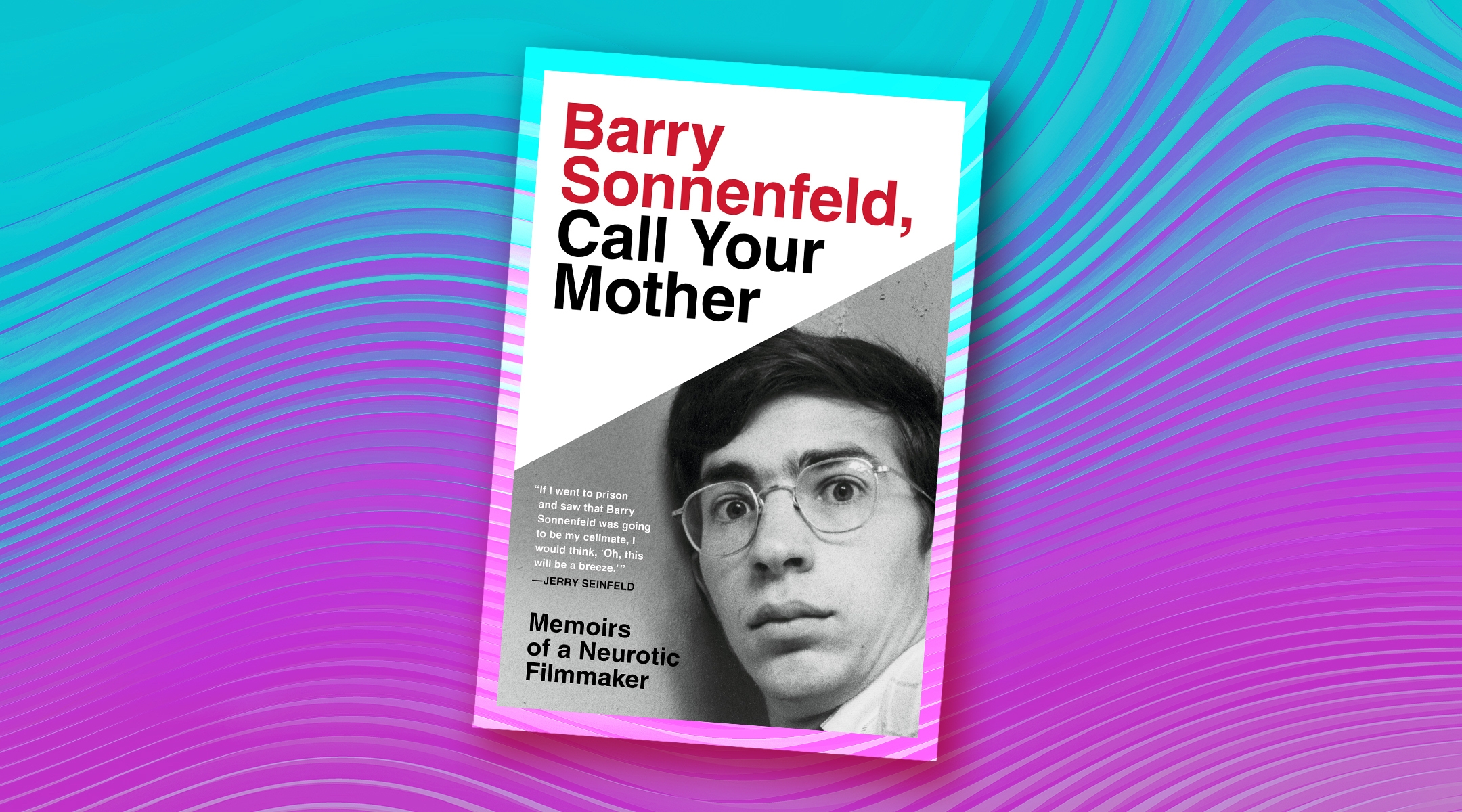 The cover of "Barry Sonnenfeld, Call Your Mother: Memoirs of a Neurotic Filmmaker" (Hachette Books)
Advertisement

(JTA) — In the early 2000s, director and cinematographer Barry Sonnenfeld got into a shouting match with Larry David at a hotel breakfast in New York. Donald Trump was in the room, too.

The topic of the argument? Who was more neurotic.

Sonnenfeld’s memoir, which is titled “Barry Sonnenfeld, Call Your Mother: Memoirs of a Neurotic Filmmaker” (named for a message his mother actually paged him while he was at a Jimi Hendrix concert at Madison Square Garden in 1970) and was published Tuesday, is saturated with this style of Larry David-Jerry Seinfeld Jewishness.

Sonnenfeld, the director of blockbusters like the original “Men in Black” trilogy, the 1990s “Addams Family” films and the gangster comedy “Get Shorty,” recounts many of the Jewish moments and relationships he’s been a part of during his decades in the industry.

The start of his career is closely linked with the Coen brothers and Rob Reiner, also Jewish. After working on pornographic films — something he addresses candidly in the book and says it was just a week — Sonnenfeld was the cinematographer for the Coens’ “Blood Simple,” “Raising Arizona” and “Miller’s Crossing.” He also filmed Reiner’s hits “When Harry Met Sally” and “Misery.”

In detailing his years working with the Coens, Sonnenfeld confirms a long-rumored tale that Joel Coen raised money for their first film, “Blood Simple,” by hitting up the Hadassah donor list from the Minneapolis area.

There is plenty from his pre-film days as well. For instance, Sonnenfeld speaks of when he was a kid and was sent to the butcher, who was too nice to tell him the family was “hundreds of dollars in brisket debt.” He also narrates a near brawl between his family and some strangers  outside the Second Avenue Deli in his native New York City. He writes about his bar mitzvah, which because of a synagogue renovation was held in a Catholic church.

Much of the book features stories about his late mother, a neurotic who frequently threatened suicide and claimed a childhood friendship with Bella Abzug. 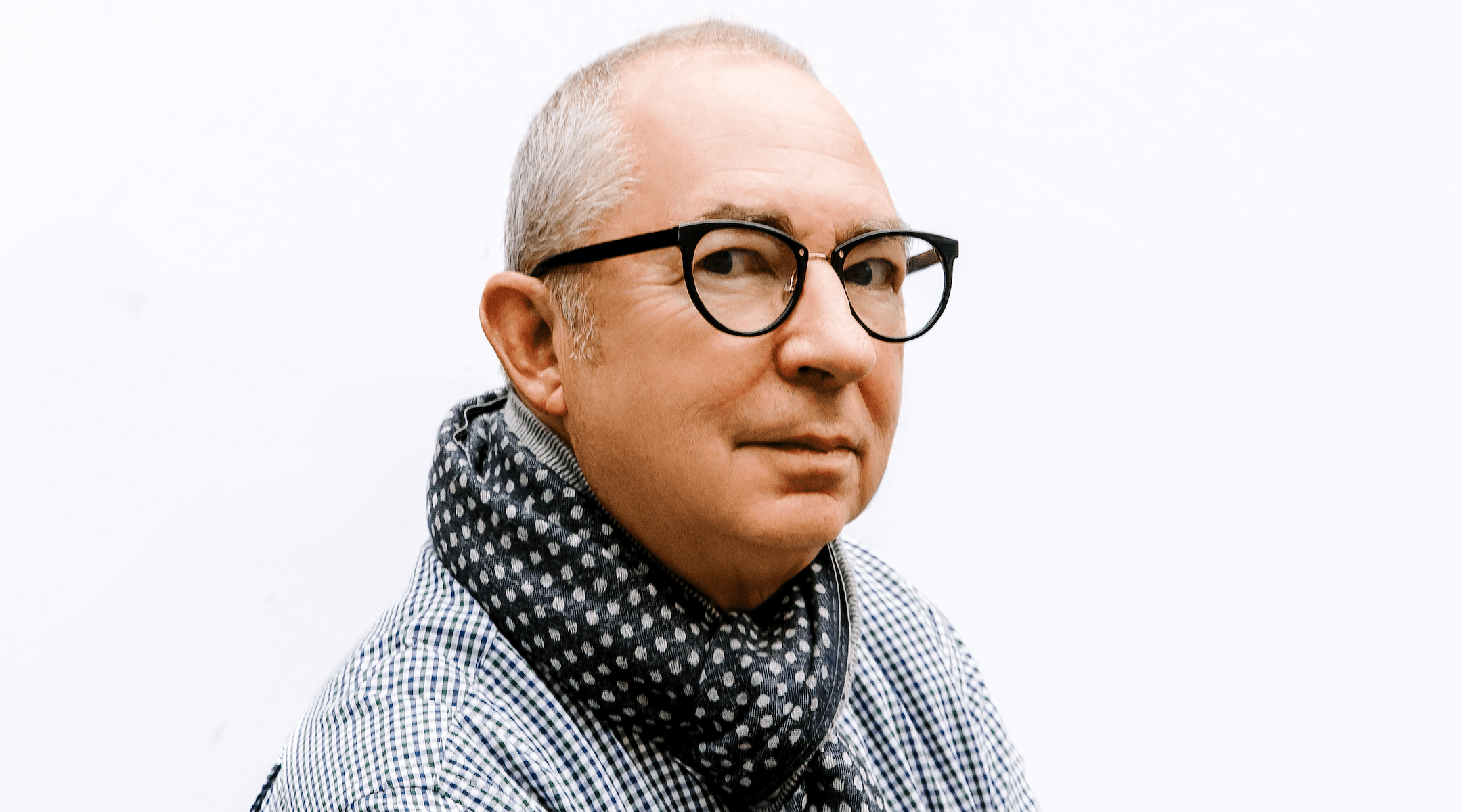 Seinfeld, who wrote a blurb that is featured on the book’s cover, is indirectly responsible for its publication. The two are neighbors in Telluride, the Colorado skiing mecca where both have homes, and Seinfeld suggested in 2011 that Sonnenfeld take his funny stories and turn them into a stand-up comedy routine. Sonnenfeld chose the book route.

“Writing this book is the closest I’ll come to stand-up,” he says.

“I’m an open book, as it were, and I’m guileless, and everyone who is my friend has heard a lot of these stories,” he says. “I might be wrong, and I might realize after the book is published that I’ve made a mistake, but I think that what makes the book work is that everything in there is true and everything in there seems almost surreal and unbelievable, which is what has sort of molded my philosophy of life, and my viewpoint towards life, which is sort of quirky and surreal.”

Sonnenfeld’s Jewish identity overflowed onto the screen of his works. The “Addams Family” movies are full of hints of Jewishness, and the director once tried to talk studio executives into making the first “Addams” movie by likening it to “a sadder version of ‘Sophie’s Choice.’” In “Get Shorty,” Gene Hackman wears a chai necklace. Many have called the “Men in Black” movies an immigration allegory, comparing the extraterrestrials to immigrants, like the many Jews who passed through Ellis Island.

In that spirit, Sonnenfeld names his favorite Jewish films for us.

“I love that movie. I think it’s one of their best movies, and one of the most underrated.”

“Dr. Strangelove or: How I Learned to Stop Worrying and Love the Bomb” (1967, Stanley Kubrick)

“My favorite director is actually Kubrick [born to a Jewish family in 1928] … and ‘Dr. Strangelove’ is my favorite movie.”

“There’s a lot of cultural Judaism in ‘The Producers,’ which Mel Brooks directed, and I love that movie. I love Zero Mostel in almost everything he’s done.”