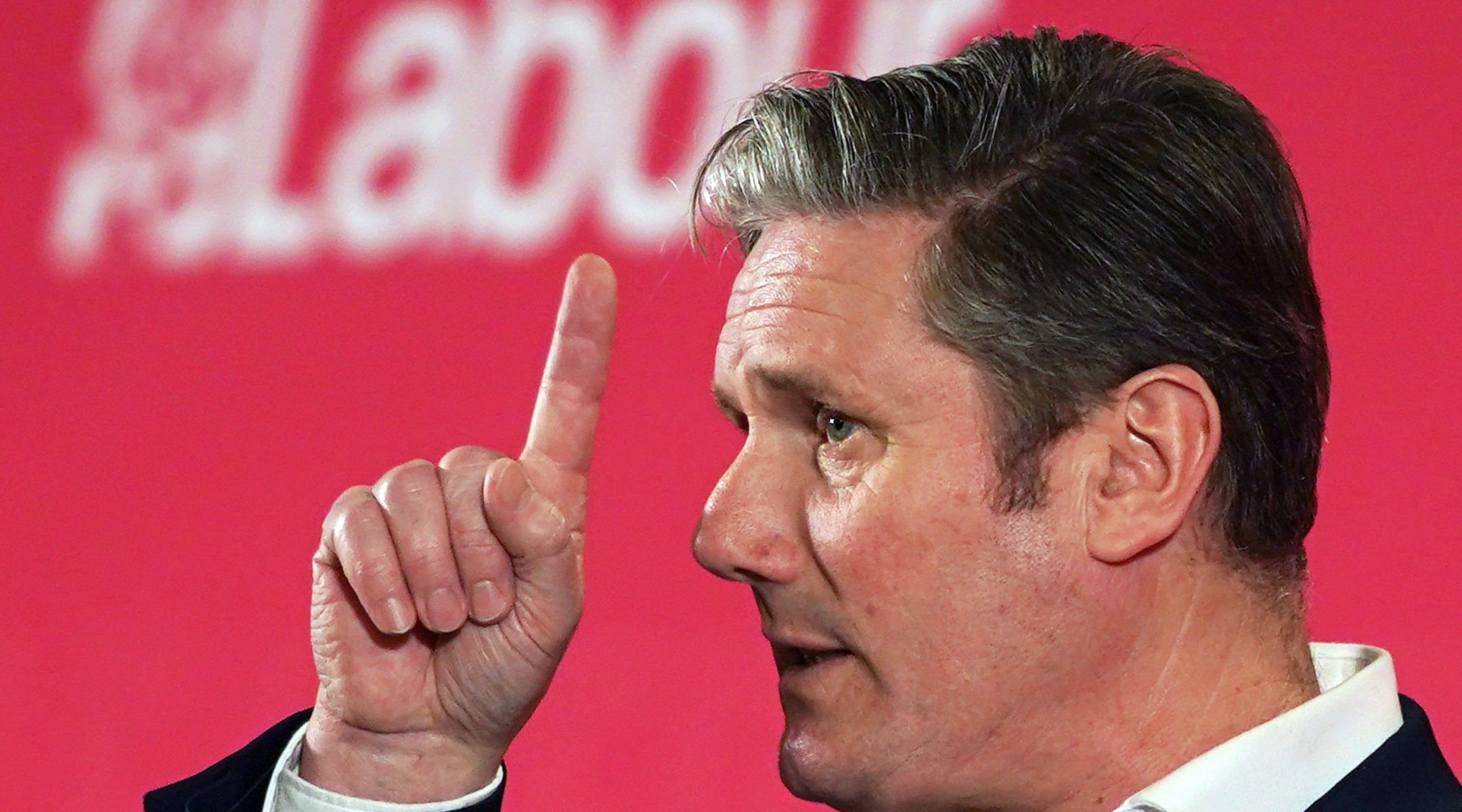 (JTA) — A British lawmaker who has said that he supports Zionism will replace Jeremy Corbyn as the head of Britain’s Labour Party.

Keir Starmer, who managed the party’s Brexit approach under Corbyn, won 52% percent of the vote in the Labour leadership election, whose results were announced Saturday. His share of the votes was almost double that of the runner-up, Rebecca Long-Bailey, a close ally of Corbyn.

In his victory speech Saturday, Starmer apologized for how the party has handled anti-Semitism within its ranks and committed to making change.

“Anti-Semitism has been a stain on our party,” he said, vowing to “tear out this poison by its roots and judge success by the return of Jewish members and those who felt that they could no longer support us.”

In February, Starmer, a 57-year-old human rights lawyer, told The Jewish News that he would tackle anti-Semitism within the Labour Party “from day one” if elected the party’s leader. He told the news organization that his wife, attorney Victoria Alexander, comes from a Jewish family and has family in Israel, where he said he hoped to travel soon with his two children.

“I absolutely support the right of Israel to exist as a homeland,” Starmer told the magazine. He added, “I support Zionism without qualification.”

Those comments set him apart from Corbyn, who in 2016 said “Israel has the right to exist” in what he called “the original borders of 1948” but never publicly supported Zionism and had a long involvement in anti-Israel activism.

Under Corbyn’s leadership, Labour had perceived delays and inconsistencies in its handling of thousands of complaints about anti-Semitic speech or actions by its members, and in 2018 it became the first mainstream British party to be investigated for anti-Semitism by the government’s equality watchdog. That probe is still pending.

Corbyn apologized multiple times for Labour anti-Semitism, most recently in December, and pledged to root it out.

But on Saturday, the Board of Deputies of British Jews, a community leadership umbrella group, said that under Corbyn, “anti-Jewish racism has been allowed to run amok.” The group reacted with cautious optimism to Starmer’s election as party leader.

“We have always said that the Labour Party leader will be judged on his actions rather than his words and this remains the case today,” Marie van der Zyl, the Board’s president, said in a statement congratulating Starmer.

Starmer shares many of Corbyn’s left-of-center positions, including seeking tax increases for the United Kingdom’s wealthiest and pushing for tuition to be abolished at public universities.

But Starmer strongly opposed Brexit, an issue on which Corbyn had remained noncommittal in what critics said reflected the radical anti-globalist politics of his base. Corbyn said he would not stand for reelection after Labour lost by a large margin the general elections to Prime Minister Boris Johnson’s Conservative Party.

Now, Starmer will preside over the party at a time when none of those issues can take center stage, as the coronavirus pandemic occupies the government. Starmer has criticized Johnson’s early response to the pandemic but vowed to work with the prime minister, who has tested positive for the disease, to manage its spread within Britain.