Is It Safe to Perform a Bris During the Coronavirus Crisis? 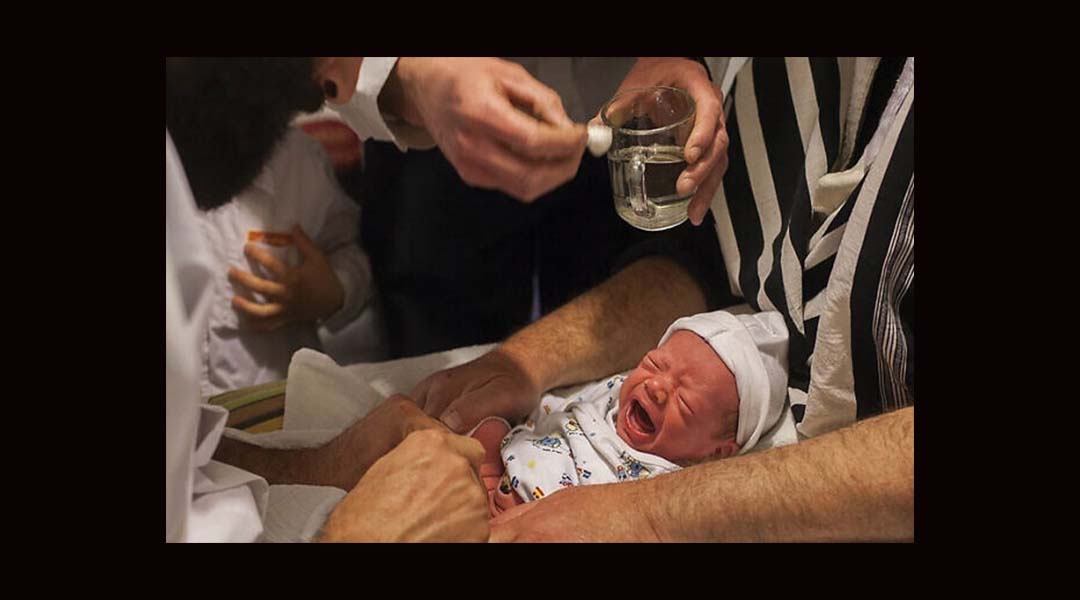 The rite of circumcision is the latest Jewish ritual to be upended by the coronavirus outbreak.

The Conservative movement and some mohels are saying that because of the highly infectious nature of Covid-19, circumcision should be performed in the hospital shortly after birth, with a religious ceremony and procedure performed later.

But the Orthodox and Reform movements, and other mohels, insist that a hospital circumcision is among the worst options — not only because of risk of exposure to the novel coronavirus, but because the later ceremony would require the ritual removal of a drop of blood, or hatafat dam brit.

“Why would you subject your child to two procedures if you could wait a little bit” and do it at home as the pace of new infections drops, asked Cantor Philip Sherman, a certified mohel from White Plains. “When I do a circumcision it takes 20 seconds. An experienced physician takes 7 to 10 minutes, the baby is strapped down to a board, and the parents aren’t allowed to be there. When I do it, it is quick, gentle, compassionate and performed in the comfort, safety and security of their home on a pillow. And it meets all of the requirements of Jewish law.”

In addition, Sherman, who is Orthodox, said he worried about the “risk of exposure [to the virus] by doctors in a hospital, which is greater than mine. … The last place I would want a circumcision is in the hospital because that is where all the sick people are.”

Sherman, who has performed brisses for 43 years, said he stopped on April 2 because of the dangers posed by Covid-19. He said he plans to resume “within a week or two” now that the danger of infection has eased in the metropolitan area. He is among several mohels who have stopped performing brisses this month because of Covid-19.

Dr. Deborah Greenbaum, a pediatrician and certified mohel from Great Neck, L.I., said she stopped performing brisses “within the last couple of weeks” and will decide “on a week-to-week basis” when to resume them.

“Gov. [Andrew] Cuomo just expanded the [restrictions and closures] for another month,” she told The Jewish Week. “If I can’t even see my grandchildren, how can I go into someone else’s house?”

“Right now I’m referring people to those who feel they can do it, or tell them we have the option of having the baby circumcised in the hospital by a doctor and having a ceremony later to properly welcome the baby into the covenant,” said Greenbaum, who was trained and certified by the Reform movement. “If we say just let’s wait and see what happens in the next few weeks to months, we may end up having the baby put under anesthesia [for the bris] and I don’t want that for the baby.”

Cantor Mark Kushner, who has homes in Manhattan and Philadelphia, said he continues performing brisses outside of New York, but that it has been “about three or four weeks since I did a bris in New York. I am ready to reopen my practice there May 1 or May 15, I just want to make sure the curve continues to flatten.”

Among those who have delayed their son’s bris with Sherman are Adam and Sabrina Katz of Purchase, N.Y. The baby was born April 4, and they took him home the next day after hospital personnel encouraged them to leave as quickly as possible.

“We trust him a lot,” Adam said of Sherman. “My wife was leaning towards postponing it and once he said to postpone it, we thought that was the right thing to do.”

Another couple, Lawrence and Emily Lejfer of Manhattan, said they are delaying the bris because Sherman assured them “that from a health standpoint waiting a few weeks wouldn’t be an issue.”

Rabbi Elliot Dorff, who authored the brit milah guidelines for the Conservative movement, said he wrote that a circumcision in the hospital would be best (followed later by hatafat dam brit). A urologist he consulted “pointed out to me that after two weeks a boy would need anesthesia to be circumcised properly.” He said the second-best option would be to have a bris as normal, eight days after birth.

Rabbi Zev Zions, who has continued performing brisses in the New York metropolitan area — with gloves and a mask, he emphasized — said he totally opposes hospital circumcisions.

“You can’t make it up later with a drop of blood,” insisted Rabbi Zions, who was ordained at the charedi Orthodox Beth Medrash Govoha Rabbinical College in Lakewood, N.J. “That’s not making it up. That’s a very small part of the procedure that can be made up later. But it is not in lieu of the bris. It is not a bris.”

He continued: “If someone has a Jewish baby boy, there is no reason to do anything less than what is prescribed by Torah law. If one can’t perform a bris, delay it and do it when things are better. But discuss it with a certified mohel who is trained. Decide each situation case-by-case. It is better to wait than to have a circumcision in the hospital.”

Rabbi Zions said that since the outbreak of coronavirus, he checks before he goes into a house to perform a bris to make sure that the family is healthy. “The only ones in the room are the baby and the father. There are no grandparents and the mother is watching from another room.”

Rabbi Paysach Krohn of Kew Gardens, Queens, said he performed a bris recently wearing gloves and a mask with a “minimal amount of people” in attendance.

“I know there are some parents who are very, very nervous about it,” said the Orthodox mohel. “But they are being done with great, great caution.”

And Rabbi Mark Cooper, a Conservative rabbi and certified mohel from South Orange, N.J., said he is continuing to perform brisses with just the immediate family present. He wears a mask and gloves and leaves his shoes at the door. He said he spends time with the family and those watching on Zoom because “this needs to be a relevant experience that connects people to Jewish tradition and speaks about the continuity of our way of life. I give a brief narrative that I make even more brief than usual. We want to move through the ceremony at a crisp pace, but not rob it of its meaning.”

Guidelines of the Central Conference of American [Reform] Rabbis say a bris should be done on the eighth day, and that if it is delayed a bris can be done anytime during the first six weeks or when the baby grows no larger than 12 pounds.

“The evidence is that babies, including newborns, are far less susceptible to COVID-19 than are older adults, unless the infants have some other health problem,” the guidelines say. “It appears that the adults who would be present at a brit milah could be at greater risk than the infant himself.”