A Ukrainian priest who saved Jews during the Holocaust has never been honored by Yad Vashem. New research could change that. 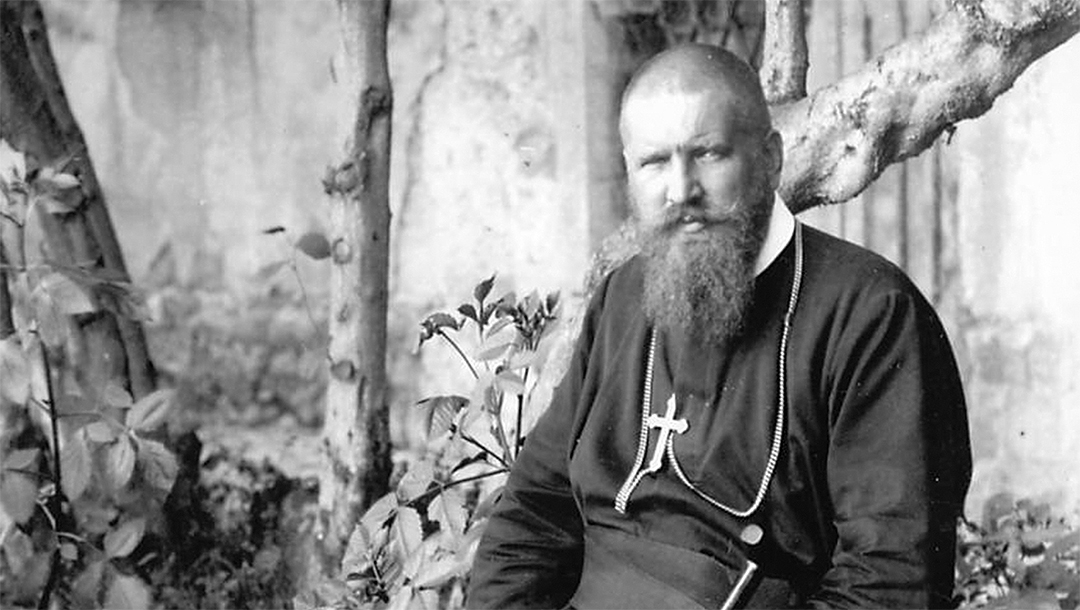 Andrey Sheptytsky in Lviv in the 1930s. (Odessa Review)
Advertisement

(JTA) — Pope Pius XII, the leader of the Catholic church through the World War II years, does not have a great reputation in the Jewish community.

Although he hid some Jews in churches during the Holocaust, a large body of historical evidence, including some researched by John Cornwell, points to the fact that Pius “helped Hitler to power” and “trivialized the Holocaust, despite having reliable knowledge of its true extent.” Cornwall wrote a 1999 book titled “Hitler’s Pope,” and the nickname has since stuck.

Pius’ archives in the Vatican were opened briefly last month, just before the coronavirus outbreak became a serious pandemic. As detailed in a Religious News Service report this week, German researchers have found more evidence that Pius was very aware of the genocide of Jews and took little to no action against it.

But the archives also shed new light on a lesser-known but crucial figure in the story: Andrey Sheptytsky, who led Ukraine’s Greek Catholic Church at the time.

Some have long called for Sheptytsky to be made a Righteous Among the Nations, Israel’s title for non-Jews who risked their lives to save Jews from the Holocaust. But Yad Vashem, Israel’s Holocaust memorial, has resisted doing so. The new information about Sheptytsky offers his supporters a new chance to have his historical record honored.

Sheptytsky and his brother, Klymentiy, who has been recognized as a Righteous, harbored more than 100 Jews in monasteries and organized groups that helped them go into hiding, according to multiple historians, including Yale historian Timothy Snyder. Andrey Sheptytsky also publicly protested the murder of Jews and denounced his own congregants for participating in the violence.

Born to a noble Polish family in Ukraine in 1865, Andrey Sheptytsky joined the clergy despite his father’s opposition. Klymentiy, who was four years younger than Andrey, followed in his older brother’s footsteps. Andrey spoke Hebrew fluently and was a regular donor to Jewish causes in the Lviv area, where he lived. 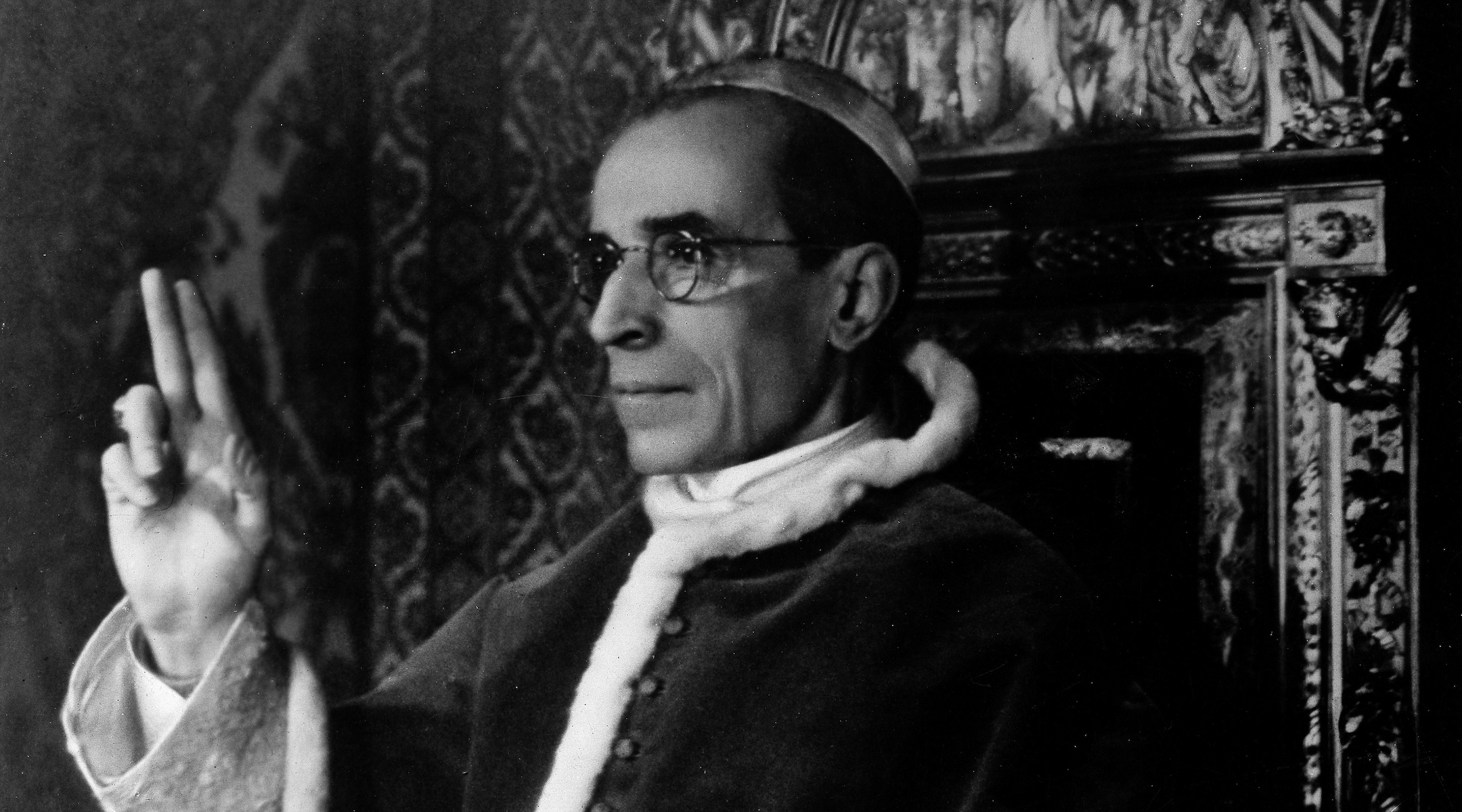 But Andrey Sheptytsky also welcomed the German invasion of the Soviet Union in 1941 and sent chaplains to accompany the Ukrainian soldiers who fought with the Nazis, as part of the Galizien Waffen-SS Division.

A determined objector to the anti-religious Soviet Union — which was an enemy of Germany when the Nazis invaded Ukraine — Sheptytsky saw the Germans “briefly as liberators,” Snyder wrote in a 2009 defense of Sheptytsky.

These “lamentable choices,” as Snyder called them, have stood in the way of recognition for Sheptytsky and his Catholic beatification, which is also being blocked because of resistance by Polish clergymen — albeit for reasons connected to the complicated history between the two nations.

Yad Vashem has rejected at least a dozen requests to recognize Sheptytsky since the 1960s, even though the museum has in the past honored Nazi activists and loyalists, including Oskar Schindler and Hans Calmeyer.

The Anti-Defamation League honored Sheptytsky with the Jan Karski Courage to Care Award in 2013.

In the Vatican archives, University of Munster researchers discovered that Sheptytsky wrote the pope a letter that spoke of 200,000 Jews massacred in Ukraine under the “outright diabolical” German occupation.

Writing such a letter, whose full contents have not been published yet, constituted a capital crime under the Nazi occupation, and may therefore be seen as new evidence the Sheptytsky risked his life to save Jews.

It could also have a big impact on whether to reopen Yad Vashem’s review of the case, said Berel Rodal, a founder of Ukrainian Jewish Encounter, which promotes dialogue between Jews and non-Jewish Ukrainians.

A staffer under Pius XII at the Vatican’s Secretariat of State, Angelo Dell’Acqua, who later became a cardinal, warned in a memo at the time not to believe a Jewish Agency report about the Holocaust because Jews “easily exaggerate.” He also dismissed the Sheptytsky account by saying that “Orientals are really not an example of honesty,” the German research revealed.

On Sheptytsky, Yad Vashem has for too long resisted pressure, including by Snyder and a chief rabbi of Ukraine, Rodal said.

“Pressure isn’t going to work. What’s necessary is for Yad Vashem to receive new material so they can reverse their decision without appearing inconsistent. This letter could be it,” Rodal said.

Experts are “monitoring the news coming out from the Vatican,” a Yad Vashem spokesperson said.

“We hope that once the health crisis is over, we will be able to resume regular work and examine these documents first hand,” the spokesperson said. “At that time historians will have a better understanding of all their implications.”