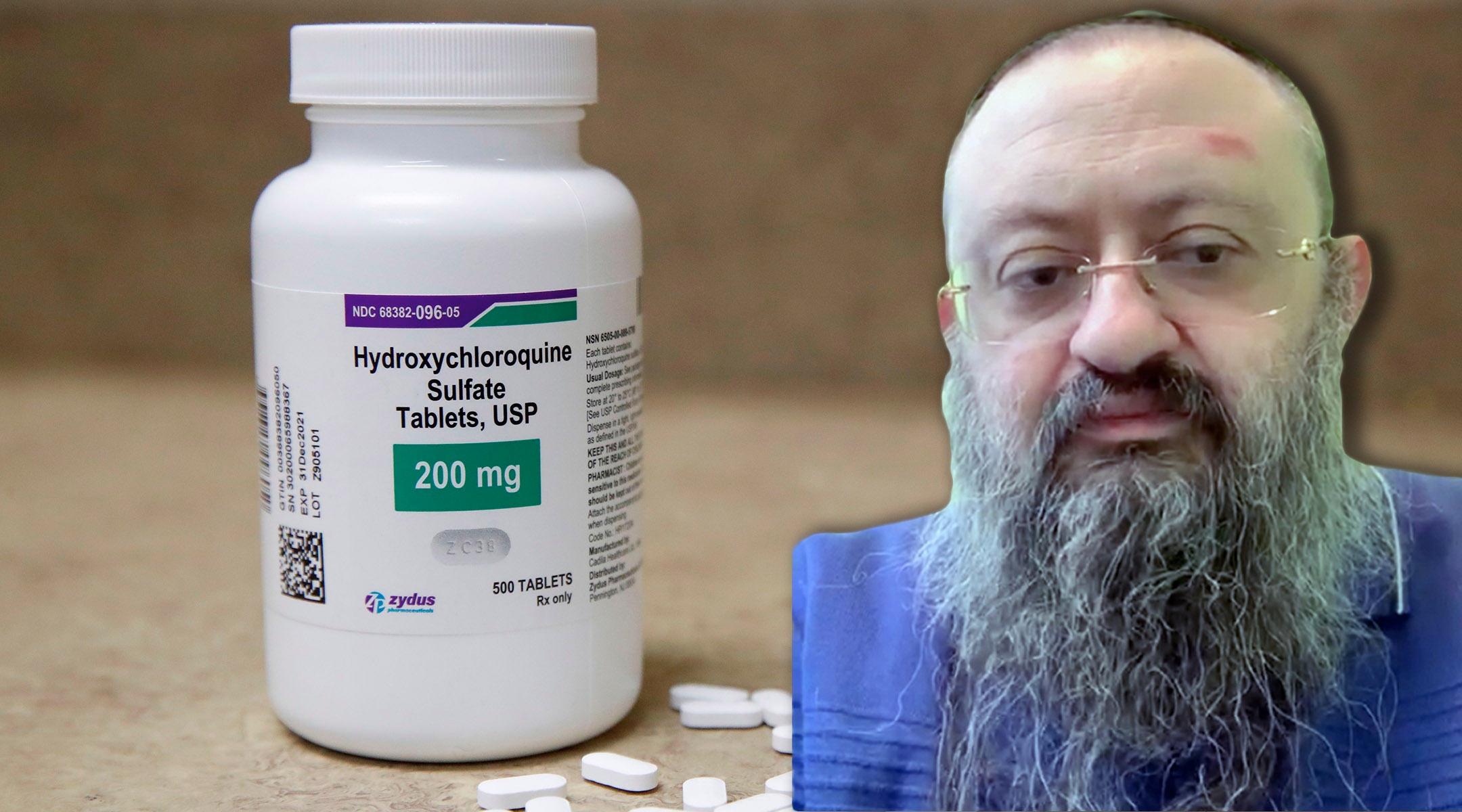 (JTA) – His rise was meteoric and his fall just as sudden.

Dr. Vladimir Zelenko, an Orthodox Jewish doctor who rose to fame in March while promoting a cocktail of drugs he claimed had successfully treated coronavirus – including one that President Donald Trump said Monday he is taking himself, despite the drug’s potentially dangerous side effects – has announced that he is leaving the Jewish community where he has practiced medicine for decades.

In a video shared by the Orthodox news site Yeshiva World News, Zelenko announced he would leave Kiryas Joel, the town north of New York City where, until the coronavirus pandemic, he was known as a beloved community doctor.

“Things have happened,” he said speaking directly to the camera. “I’ve decided that it’s time for me to move on. I’m not sure yet what I’m going to do.”

The announcement comes after Zelenko was accused by community leaders of spreading disinformation about the rate of coronavirus infection in Kiryas Joel, leading to discrimination against residents of the village. Zelenko is also being investigated by a federal prosecutor over his claim that a study of the drugs he promoted had won approval from the Food and Drug Administration.

Leaders of the Kiryas Joel community spoke out publicly against Zelenko in an open letter in March.

“We the undersigned institutions strongly believe that the predictions presented by Dr. Zelenko have been proven false and are not supported by the overall medical establishment, specifically in his wild conclusions as to the spread of the virus in our community,” the village’s office of emergency management, a partnership of several community organizations and government agencies formed to respond to the COVID-19 crisis, wrote in an open letter.

The letter was written to contradict Zelenko’s claims, which he promoted in videos posted to YouTube, that 90% of the Kiryas Joel community would be infected with COVID-19.

“These measures have, thanks to the Almighty, resulted in a rate of 90% of the community being healthy, the opposite of Dr Zelenko’s outrageous prediction of a 90% infection rate,” they wrote, referring to the closure of the community’s synagogues, schools, and other buildings.