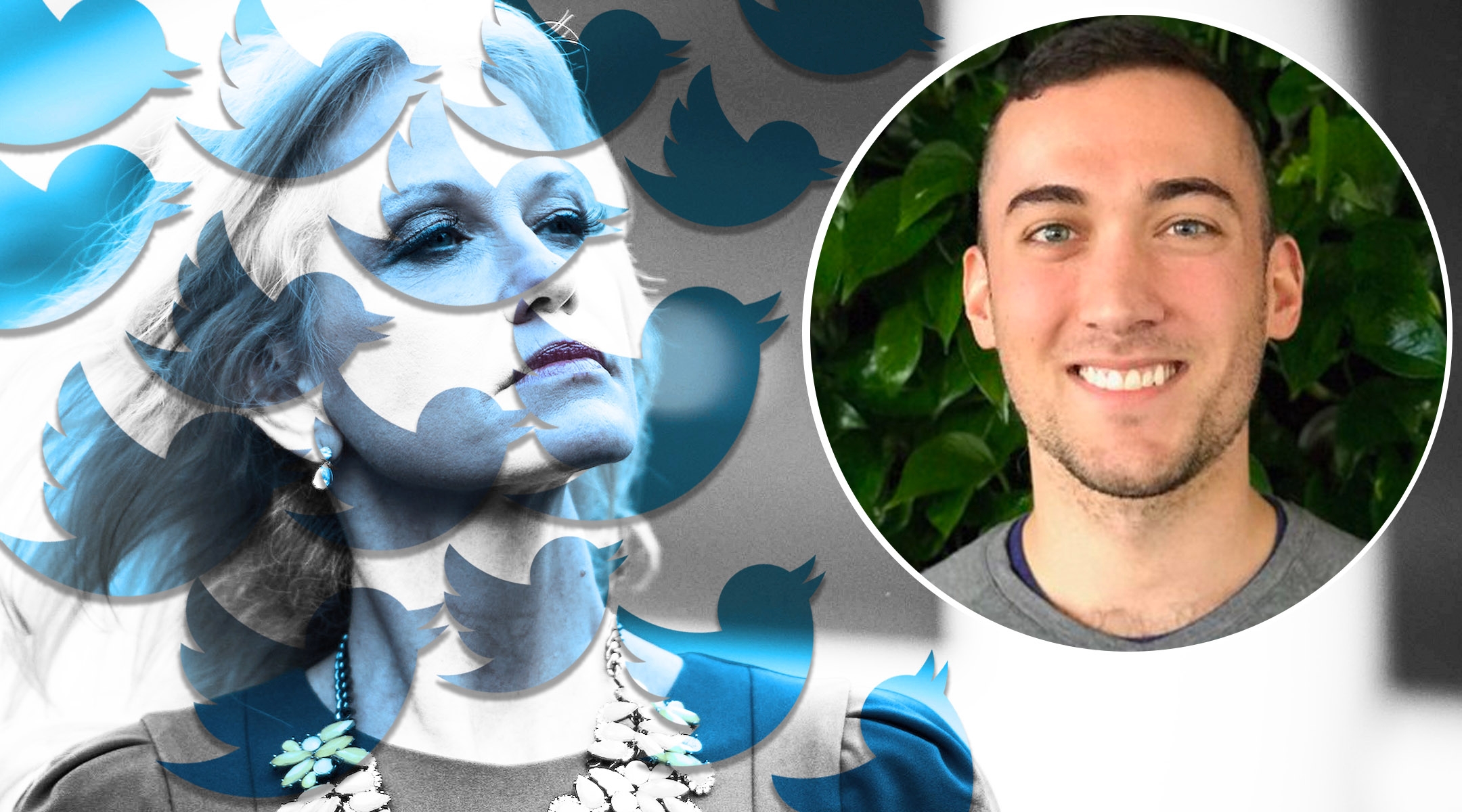 WASHINGTON (JTA) — On Tuesday, Twitter instituted a practice of offering fact checks of tweets that include misleading information. Two of President Donald Trump’s tweets on that day were labeled with the new fact-check button, which links to news stories about the topics.

There is NO WAY (ZERO!) that Mail-In Ballots will be anything less than substantially fraudulent. Mail boxes will be robbed, ballots will be forged & even illegally printed out & fraudulently signed. The Governor of California is sending Ballots to millions of people, anyone…..

Twitter’s integrity chief, Yoel Roth, wrote a post that explains the policy will be applied mostly to tweets involving false information about COVID-19.

But Kellyanne Conway, a top adviser to the president, wasn’t happy with the move. On Wednesday she warned Roth in an appearance on Fox News that he was about to get plenty of new followers.

“He’s the head of integrity and his name is Yoel Roth, he’s @yoyoel,” Conway said on the morning show “Fox and Friends,” which Trump monitors closely and has promoted to his followers. “Somebody in San Francisco, go wake him up and tell him he’s about to get a lot more followers.”

On Fox & Friends, Kellyanne Conway appears to direct online harassment at Twitter's head of site integrity, Yoel Roth: "Somebody in San Francisco will wake him up and tell him he's about to get a lot more followers." pic.twitter.com/H9ceUu6Ezv

She noted tweets in Roth’s feed from several years ago that attack Trump, Republicans and Trump voters.

The night of Trump’s presidential victory in November 2016, Roth, then part of Twitter’s design team working on its privacy protections, tweeted, “I’m just saying, we fly over those states that voted for a racist tangerine for a reason.” On Jan. 22, 2017, the day after the first Women’s March and two days after Trump’s inauguration, Roth tweeted that there were Nazis in the White House.

Trump is threatening to take action against Twitter and other social media platforms because of the action.

“We will strongly regulate, or close them down, before we can ever allow this to happen,” he said Wednesday on Twitter, without explaining what tools he had to carry that out.

Since 2018, Roth has been the head of Twitter’s integrity team, which his LinkedIn page describes as being “responsible for policy development, implementation, and investigations for spam, data privacy and security, information operations, election security, and misinformation.” It also directs “Twitter’s efforts to combat information operations and suspected state-backed activity.”

Roth, who is Jewish, has led efforts to address the recent surge of anti-Semitic harassment on Twitter. He said in 2018 that a focus was on bot networks spreading anti-Semitism.

“We’ve expanded our policies, built our internal tooling, and tightened our enforcement against coordinated platform manipulation, including bot networks — regardless of the origin,” he told NPR for a story written just after the massacre of 11 Jewish worshipers in Pittsburgh.

Some of Roth’s lighter tweets include Jewish content, including describing in 2017 a children’s book in Hebrew that his sister bought about a cat who sits on a rug and abides while other animals join it. Eventually it’s too much for the cat, who hisses at the other animals, scaring them away.

So basically, this book is the most concise possible explanation of my personality.