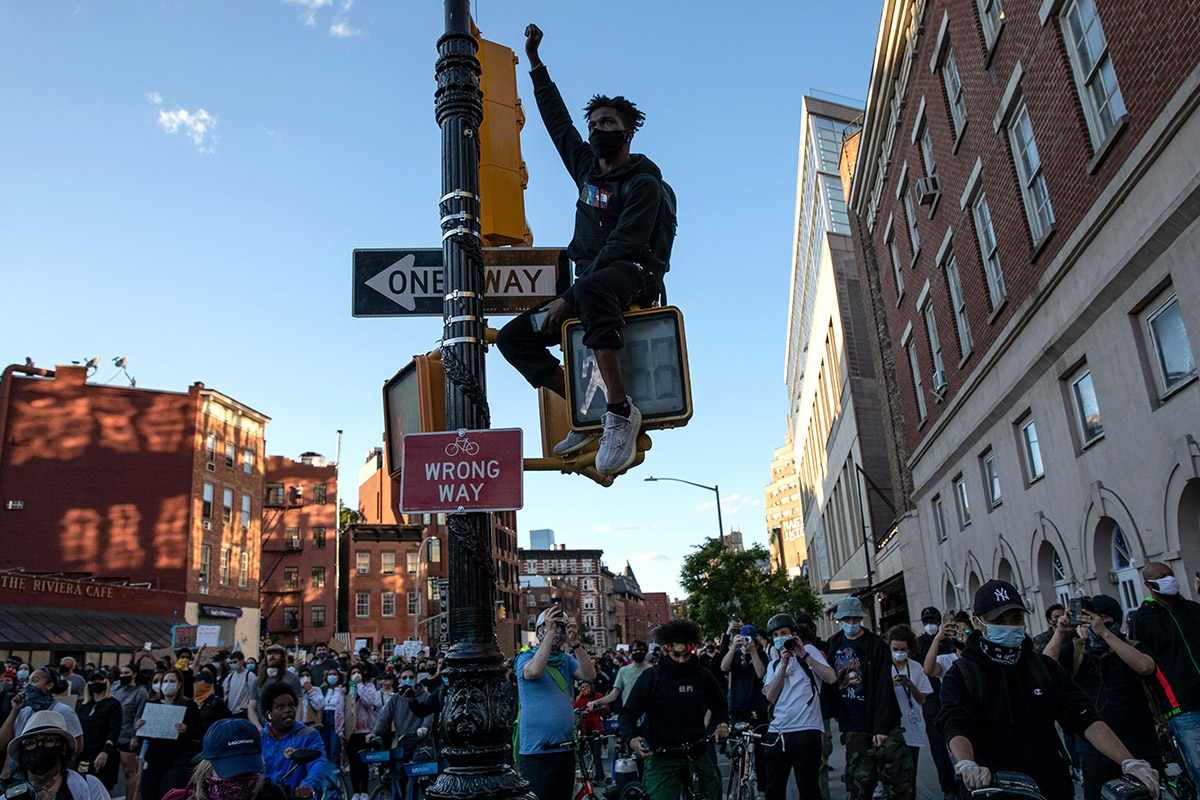 Take a moment and remember where you were when you first heard about the shooting at the Tree of Life synagogue in Pittsburgh. I was in Tel Aviv getting ready to go to the movies after Havdalah. I didn’t end up going — I spent the whole night glued to the news, like so many of us did. I replayed the events over and over in my mind, but when I did, it wasn’t Tree of Life that I was picturing — it was my synagogue.

Scrolling through my newsfeed the next day, every Jew I knew was changing their profile picture, posting news and prayers and stories about how the deceased reminded them of their uncle, their bubbe. Next to all that, as if in a parallel universe where Jews were not shot for being Jews, the rest of my friends were posting pictures as if it were any other Sunday: mimosas at brunch, walking the dog, the last glimpses of fall foliage.

The worst part, though, were the non-Jews who did acknowledge the shooting — but who rushed to condemn the Zionist occupation of Palestine in the same breath. As if the dead daveners in Pennsylvania were in some way guilty for Israeli security actions halfway around the world.

How dare they, I thought. How dare they rush to qualify their solidarity when our dead aren’t even in the ground?

If we expect people to show up for our pain, we have to show up for theirs. And for Black people in America, the pain of police brutality is not only counted in the death toll: Its shadow hangs heavy over all people of color in every interaction with the police, in every city and town across America, every day.

In 2016, Jewish voices from across the U.S. political spectrum came out in opposition to the platform of the Movement for Black Lives, which claimed that U.S. military aid to Israel makes the U.S. complicit in “the genocide taking place against the Palestinian people.” Many progressive Jewish organizations denounced only this section and endorsed the rest of the platform, calling for an end to mass incarceration, demilitarization of the police, etc.

Other, mostly small-c conservative Jews seized on this as an opportunity to distance themselves from Black Lives Matter as a whole. The platform’s antagonism toward Israel was the ultimate proof that the movement was, in fact, a threat to everything “we” stand for — in essence, a threat to the assimilation of Jews into undifferentiated American whiteness.

Far more common than those who denounced Black Lives Matter outright, though, were those who silently took a few steps back from the movement. You know who you are. You know that there’s racism in America; you’re against it, obviously, but you really, really don’t want to get into an internet fight about Israel.

Maybe you’re a college student who feels alienated by the BDS (boycott, divestment and sanctions) activism on your campus. Maybe you’re a proud Zionist who deleted Dua Lipa’s new album from your Spotify library after she reposted an anti-Israel screed. Maybe you haven’t thoroughly thought out your position on the Israeli-Palestinian conflict, and you’re just sick of people expecting you to take sides just because you’re Jewish. Whatever the reason, you’re one of those people who just wouldn’t be comfortable rolling up to a Black Lives Matter protest with your Star of David necklace out, knowing that you might run into someone holding a Palestinian flag.

I see where you’re coming from, I really do. And I’m here to tell you that you need to show up anyway.

I am an Israeli citizen and a proud Zionist. I oppose BDS because I believe full civil rights and security for Palestinians will only be achieved through Israeli-Palestinian dialogue and trust building. By the same token, I cannot refuse to engage with Black Lives Matter. The history of racism and white supremacy in the United States is violent and painful, like that of Israel and Palestine. No American of good conscience can simply opt out of racism in America — no more than Israelis can simply ignore the existence of Palestinians or vice versa.

I am Jewish, I am Israeli, but I am also a white American. My history and identity is inextricably tied to the history of slavery and the ongoing oppression of Black people and all people of color. A more just America will never be possible without a deep reckoning with what divides us, and that conversation cannot even begin while white police officers have their guns aimed at Black people’s heads.

Solidarity across racial and ethnic lines is never easy. If it were, we’d already be doing it. Fortunately for the American Jewish community, we are blessed with an abundance of Jews of Color, and specifically Black Jews, who are already leading the conversation on race and the Jewish community: MaNishtana, Rabbi Sandra Lawson, Michael Twitty, Amadi Lovelace, Tema Smith, Rebecca Pierce and so, so many more.

White Jews, our job during this historic moment is to show up not only for our Black fellow Jews but all Black Americans in their hour of need — and to lift them up as treasured leaders and members of our communities at all times.

White supremacy is a much bigger threat to American Jews than BDS is to the State of Israel, but even if it weren’t — even it were not in our self-interest as Jews to stand in solidarity with Black America against hate and bigotry — I would join the protests anyway, because as an observant Jew, I am obligated to do so by the Torah. Because Black people were made in the image of God. Because my Black brother’s blood is calling out from the ground. Because I cannot stand idly by while my Black neighbor’s life is threatened. Because it matters.