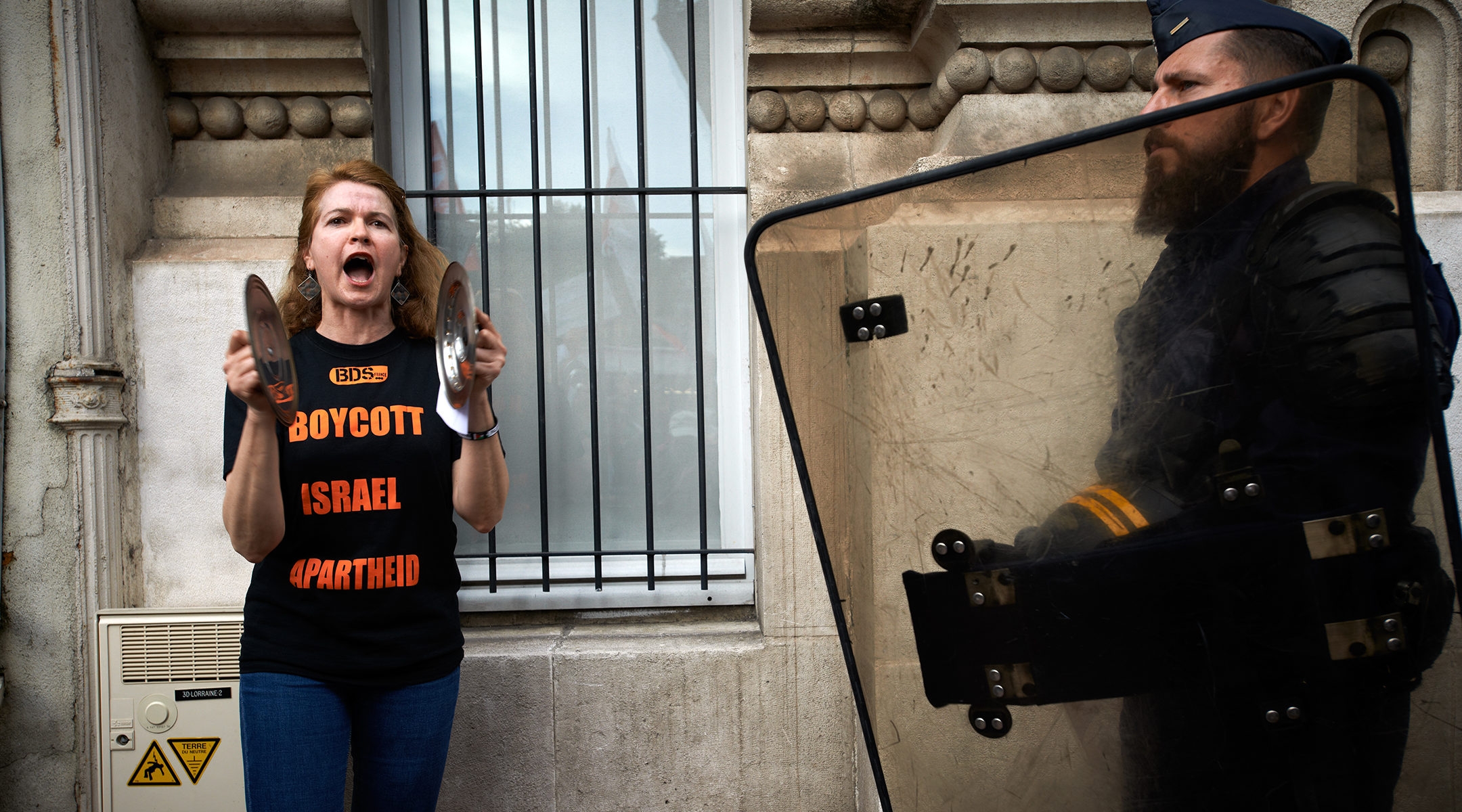 A demonstrator in Toulouse protests the arrival of Israel's ambassador to France, May 23, 2018. (Alain Pitton/NurPhoto via Getty Images)
Advertisement

(JTA) — A European court for human rights issues fined French authorities for their penal action against demonstrators who called for a boycott against Israel.

The binding ruling Thursday by the European Court of Human Rights was a rebuke of a French law from 2003 and subsequent judicial policy that treats calling for a boycott of Israel, or any other nation, as hate speech because it incites to discrimination.

The case brought before the European court concerns about a dozen protesters who called for a boycott of Israel outside a supermarket on two occasions in 2009 and 2010 in Mulhouse, in eastern France.

Eleven members of the group Collectif Palestine 68 were convicted of inciting hate or discrimination and fined. They appealed the conviction nt the European court, which fined the French government $8,383 per demonstrator convicted and another $22,720 collectively for their legal fees, AFP reported.

The demonstrators initially were cleared of the charges after they argued they had a right to call to boycott Israel as part of the freedom of speech. But prosecutors appealed that acquittal and an appeals court found the demonstrators guilty, prompting them to appeal to the European court in 2010.

The Strasbourg-based European court ruled the demonstrators cannot be accused of hate speech because “the applicants had not been convicted of making racist or antisemitic remarks or of inciting hatred or violence.”

The 2003 law known as the Lellouche Law, after Pierre Lellouche, the Jewish lawmaker who submitted it, states that inciting to boycott any country is a form of incitement to hate or discrimination.

CRIF, the umbrella group of French Jewish communities, wrote in a statement that it “regrets” the ruling.

“I fear this ruling’s consequence will be a major increase in hateful speech against French Jews,” CRIF President Francis Kalifat wrote.

“Today’s landmark decision sets a significant precedent that should stop the misuse of anti-discrimination laws to target activists campaigning against human rights violations perpetrated by Israel against Palestinians,” Perolini said in a statement.