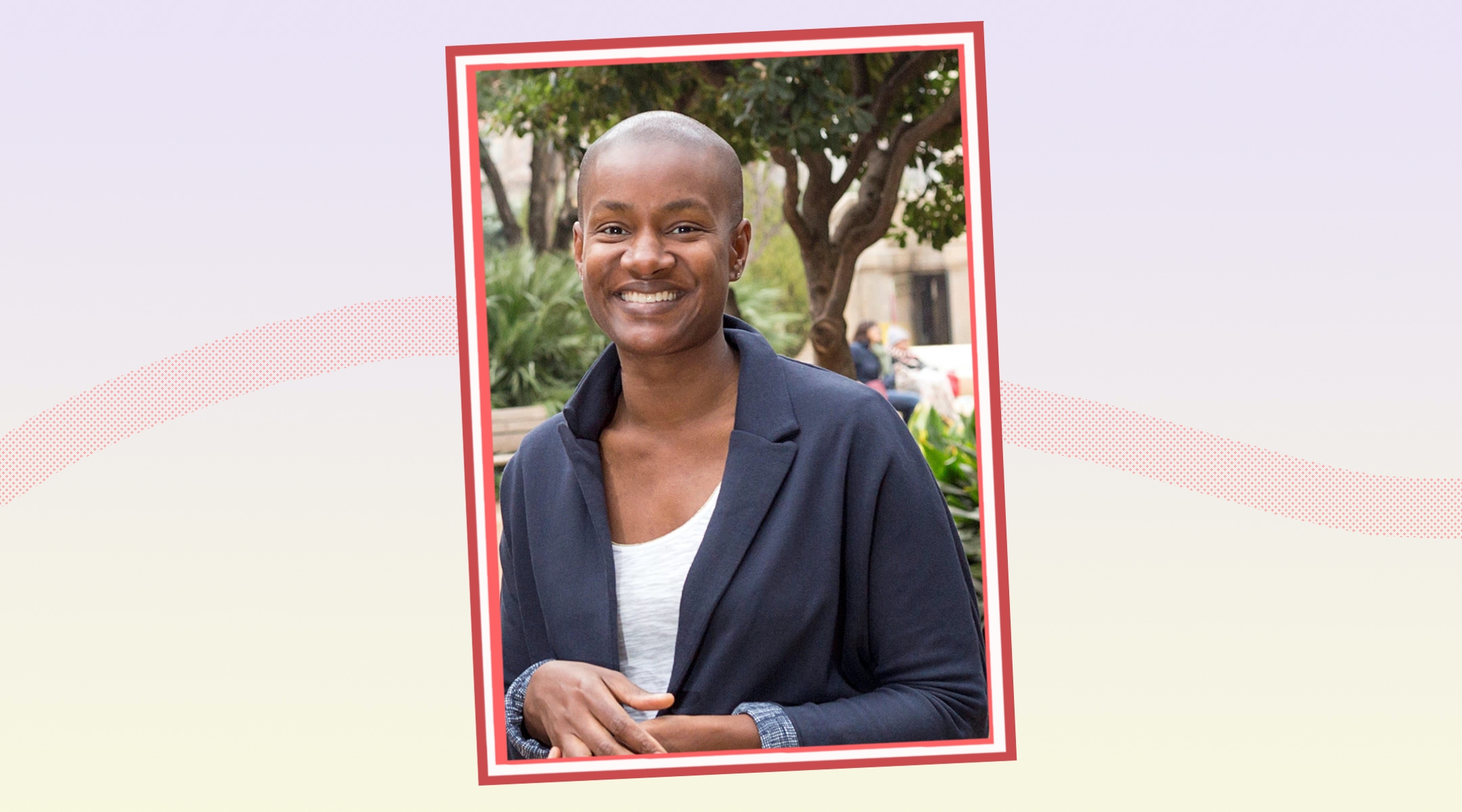 TORONTO (JTA) — Annamie Paul will break new ground if she wins the Green Party of Canada’s upcoming leadership race: She would be the first Black Jewish person to lead a federal or provincial party in the country.

That fact isn’t lost on her — it’s a big part of her motivation.

“We have a profound lack of diversity at the highest levels in our political leadership and it has always been the case,” said Paul, 47, who was born and raised in Toronto. “We have to do something about it — not only for reasons of equity, but also because there’s decades of research that confirms you get better public policy results when you have diversity at the table.”

For Paul, studies on the benefits of diversity in the public sector are more than figures and statistics — they’re her experience. She’s a lawyer who has dedicated her career to public affairs, working for Canada’s mission to the European Union, advising the International Criminal Court and serving as executive director of the Barcelona International Policy Action Plan, which aims to cultivate NGOs and other public policy centers.

While getting a master’s degree in public affairs at Princeton University, Paul converted to Judaism in 2000. Supervised by the director of the Hillel on campus, a Conservative rabbi, she learned to read Hebrew and was questioned by a beit din, or rabbinic court, prior to dipping in the mikvah, the ritual bath one submerges in as part of the conversion process.

“It was full on. I was very committed,” she said. “It’s a faith that has really spoken to me: the universality, the humanistic values … I’m very much guided by the idea that if you save one person, you save the world.”

Paul has been married to Mark Freeman, a Jewish international human rights lawyer, for nearly 25 years. But she stressed that the only reason anyone should consider conversion is “because they’re internally compelled to do so.” She said questions around whether she converted for her husband can make her feel othered by the Jewish community.

“It seems inconceivable to them that I might have been born Jewish, despite the fact that there are many Black Jews. I would not be asked these questions if I was white,” Paul said. “We need to avoid making distinctions between Jews, and questions like these suggest that some people are more Jewish than others or that Judaism is intrinsically white.”

Paul said raising a Jewish household has been one of “the great joys” of her life. Her two sons — Malachai, 19, and Jonas, 16 — spent much of their childhoods attending Jewish day schools in Belgium and Spain, depending where the family was living. They had bar mitzvahs in Toronto and Barcelona. 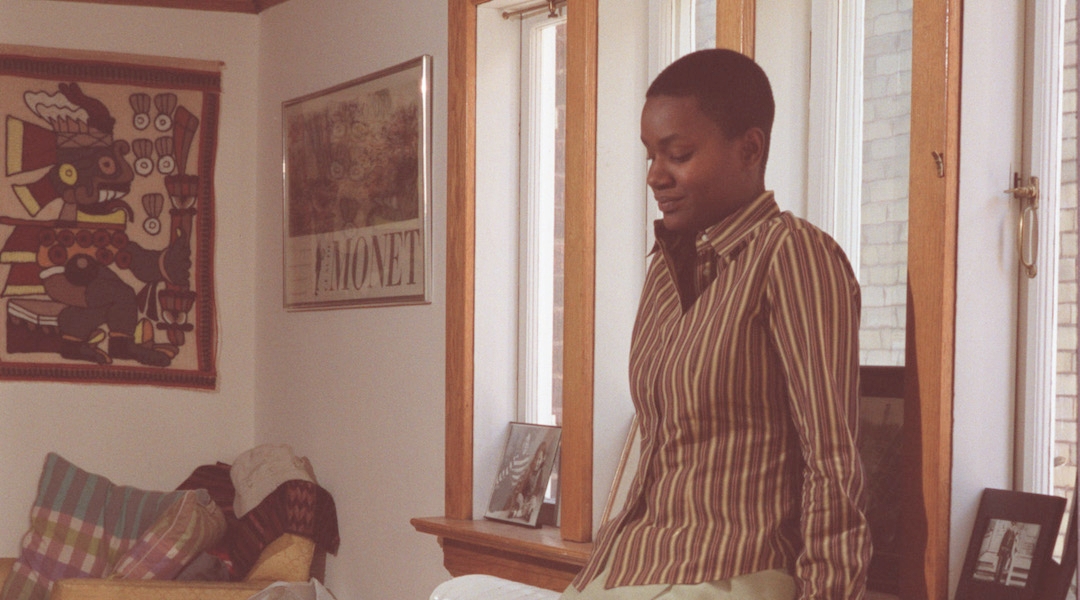 Paul at her Toronto home in 2010. (Rene Johnston/Toronto Star via Getty Images)

Like picking a religion, Paul looked to shared values to determine which political party she would join when her work no longer prohibited her from doing so. She said she was aligned with the liberal Green Party’s commitment to the climate emergency and to participatory democracy.

She ran as its Toronto Centre candidate in the 2019 federal election and, though she failed to win the seat, the small Green Party — led by Elizabeth May — celebrated a record result, earning three seats in the Parliament.

Paul recently spent six months as the party’s shadow international affairs chief. But she also hasn’t shied away from criticizing the Greens, which ran the least diverse slate in the last election.

“The Green Party has the most progressive platform and policies related to issues of social and racial justice … [but] we’re not reflecting that within our party,” Paul said. “We can’t preach these things externally if we’re not doing them internally.”

It’s not just a Green Party problem, though.

Currently, 12 of Canada’s 13 provincial and territorial leaders are men. Only a handful of the 338 members of Parliament are Black. And until this year, it had been nearly 50 years since a Black woman ran for leadership of a national party.

Despite having one of the world’s largest Jewish populations, Canada has only really had one Jewish federal party leader — David Lewis, who was elected the New Democratic Party’s national leader in 1971.

“And this is 2020,” said Paul, adding that she believes this is one reason why “Canada is so far behind on issues related to systemic racism.”

“The frustration I have at the moment in terms of Canada is that we think we’re doing better. We think Black and Indigenous people are safer and … the statistics just say different,” she said.

In response to recent claims by the premiers of Quebec and Ontario denying or minimizing the existence of systemic racism in Canada, Paul was quick to cite a 2017 U.N. report, which found that “anti-Black racism” is “entrenched in [Canada’s] institutions, policies and practices.”

On her website, where she is collecting signatures to gather momentum for a national database on police use-of-force victims, Paul points out that Black residents of Toronto are 20 times more likely to be shot by police than whites, according to the Ontario Human Rights Commission, and that over 35 percent of people killed by the Royal Canadian Mounted Police from 2007 to 2017 were Indigenous, despite being just 5 percent of the population, according to the Globe and Mail.

Paul said she is aware that her identities as a Black and Jewish woman in politics give her a unique platform during times like these. As she put it, “people are very curious about my perspective.”

“I’m trying to be as clear as I can about what things I consider to be important … on behalf of those who don’t usually get asked what they think about things,” she said.

This entails raising up the voices of Young Black Greens on social media, where Paul has posted a video series featuring people like Kiara Nazon, who founded the Young Greens at Carleton University.

“What does it feel like to be Black right now? To be entirely honest it feels just about the same as it always has and that’s because these issues aren’t new,” Nazon said in a video posted to Twitter. “We need leaders who aren’t going to be taken by surprise by issues like police brutality toward Black, Indigenous People of Color. We need leaders who have lived these realities.”

We asked her to share her hopes for the future & for the campaign to elect Canada's first Black leader of a federal party.#cdnpoli pic.twitter.com/tn4BTaPSGv

Paul said she felt more at risk on a daily basis while living as a Black person while living in the United States, and that she “trembles” for some family she has there. She also said her husband didn’t want their son going to school in the U.S., fearing for his physical safety.

But, she added, “I certainly feel those dangers here as well.”

Demonstrations in Toronto have been relatively peaceful, as thousands have taken to the streets calling for justice for George Floyd and Regis Korchinski-Paquet. Korchinski-Paquet fell from a balcony to her death in the presence of police officers. Her family has raised concerns over the role played by the police, which Ontario’s police watchdog is now investigating.

“I’m hoping that we move from what I consider to be the empty gestures of our prime minister and some of our other politicians to actual action,” Paul said. “I don’t want him to kneel. I want him to stand up and say that he’s going to make the changes that have been recommended by the U.N. on behalf of Black Canadians.”

While running an unprecedented campaign almost entirely online due to COVID-19, Paul said she spends most of her days in the digital world, where they run three to four events a week, including “The New Normal Tour,” a series of virtual town hall meetings discussing critical issues within the context of a Green recovery.

Next they’ll discuss long-term care centers, which constitute 82 percent of Canada’s COVID-19 deaths. Sadly, Paul’s father was among them.

“It was avoidable,” she said. “These things were problems but they weren’t laid so bare. They’ve been exposed in a way they have never been before.”

In addition to advocating for long-term care centers to be publicly insured under the Canada Health Act, Paul said she hopes large government investments triggered by the coronavirus are used to fill holes in the social safety net — without forgetting climate change.

“I want to see us moving towards the green transition … the climate emergency has not taken a pause,” said Paul, noting the European Commission’s green recovery package as an example of recent global action.

Paul is facing off against nine other candidates in the race to lead the Green Party, which will hold its election in October. But Paul has the longest list of endorsements.

“We need to move towards a truly just and equitable society by … making sure that every Canadian — whether they’re living in long-term care or they’re working part-time or they’re students or they’re black or they’re Indigenous — whatever their circumstances, can live in dignity and security,” she said.