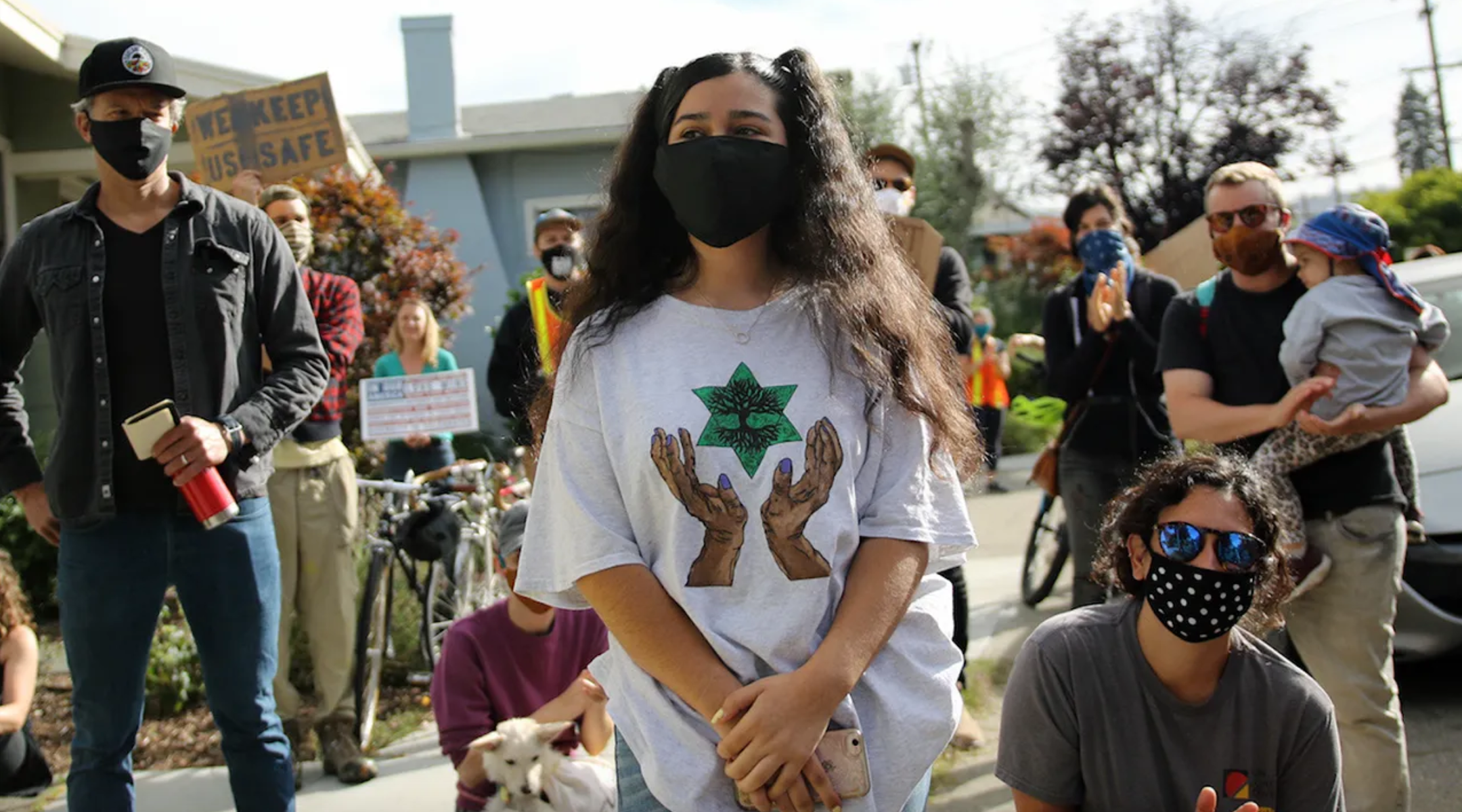 (J. The Jewish News of Northern California via JTA) — The school board in Oakland, California, has unanimously voted to abolish the district’s police force in the wake of the nationwide protests against police brutality — with some urging by teens at a city synagogue.

A large contingent of young people from Temple Beth Abraham, a Conservative congregation, was involved in pushing the board to adopt what was called the George Floyd Resolution, named for the Black man whose death at the hands of a Minneapolis police officer sparked the demonstrations.

The resolution, which was passed Wednesday, will reallocate funds to provide social workers, psychologists, restorative justice practitioners and “other mental or behavioral health professionals, as the budget supports, to meet the needs of students.”

It was created by the Black Organizing Project, an Oakland-based group that has fought to reform the city’s school district policies around policing. The organization had been trying to eliminate the district’s police force since 2011, but protests sparked by Floyd’s death injected new energy into the effort.

Several dozen teens and adults from Beth Abraham signed a June 14 letter to Jody London, the school board president and a member of the synagogue.

“When someone dies in the Jewish community, we say, ‘May their memory be for a blessing,’” the letter read. “In this age of unrest following the murder of George Floyd and countless other Black people by the hands of police, there is heavy demand for not only holding cops accountable, but for defunding and divesting in policing as we know it today.”

London met with the synagogue’s youth on Zoom a few days ago.

“We just tried to stress that [the resolution is] very well-researched and there is a plan in place that [BOP] has been trying to do for so long,” said Satya Zamudio, 15, a rising sophomore at Oakland Technical High School. “It was really important to have this conversation with Jody. To just urge her to stand in solidarity with people of color and to really stress the point that Jews should be on the side of racial justice in this moment.”

Maera Klein, 16, a rising junior at Berkeley High School, said, “I really wanted to bring it to London from a Jewish lens, from within her synagogue, to show her that people from her own Jewish community care a lot about this issue. I would be super proud if my congregation had an influence on passing such a powerful resolution that would really change people’s learning experiences for the better.”

The Oakland Unified School District Police Services Department was created in the 1950s, and out of approximately 1,000 districts in California, Oakland is one of 23 school districts that has its own police force. The department consists of 20 sworn personnel and 120 school site officers, according to OUSD.org.

London’s position on the elimination of the school district’s police force has changed over time.

In March, when the school board voted to make $18.8 million in budget cuts, London voted against cutting any positions from the district’s police force in a 4-3 decision. Two months after that, members of the Black Organizing Project led protests in front of London’s home and those of other board members.

Shortly afterward, London released a statement saying that she was planning to support the project’s resolution.

“It is critical that the $2.3 million budget of the [Oakland School Police Department] be strategically reinvested in support for the whole child and students with disabilities with an eye to supporting authentic students safety,” she wrote.

Support for the resolution came from dozens of administrators in schools in the district and Oakland community organizations.

The resolution’s origins, in part, come from data that the Black Organizing Project has compiled over the past five years. One of the findings is that while black students make up 26 percent of enrollment in the Oakland district, they represent 73% of the school police force’s arrests — a phenomenon that has been documented similarly nationwide.