9 powerful Jewish designs by Milton Glaser, the iconic graphic artist who died this week at 91 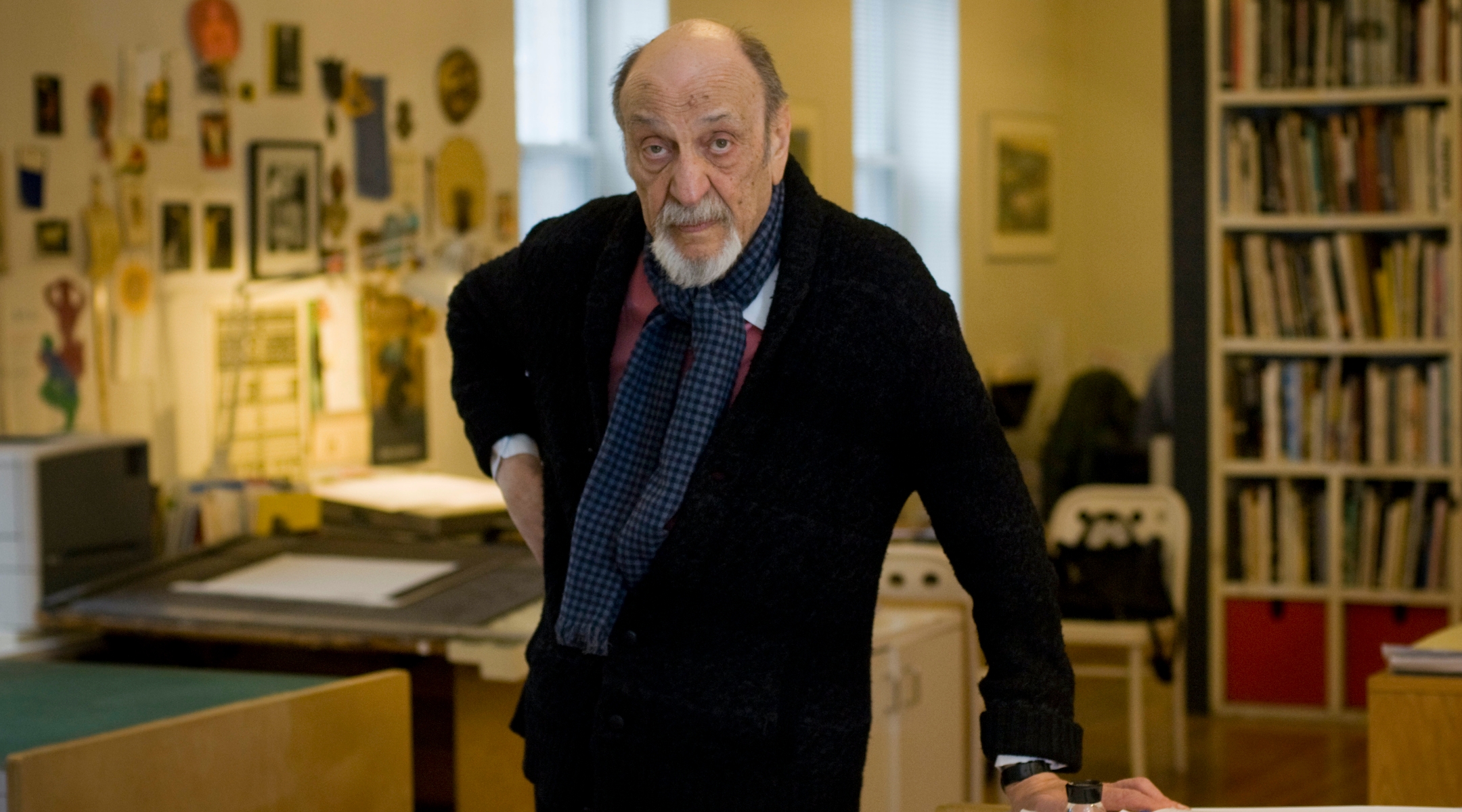 (JTA) — Milton Glaser, the godfather of modern graphic design who passed away on his 91st birthday on Friday, didn’t talk about his Jewish identity very often.

But when he did, he made clear that his New York Jewish upbringing defined his artistic sensibility.

Born to Hungarian immigrant parents, the lifelong New Yorker grew up in the Bronx, surrounded mostly by “Jews from Eastern Europe, [who] were very left-wing — Marxists, Trotskyites,” he told Hadassah Magazine in 2009.

“[P]art of my ideas come more from my Jewish background than my American background,” he said in that interview, adding that a sense of “never quite feeling at home in any culture” shaped his aesthetic.

That turned out to be a positive: Glaser would go on to challenge almost every orthodoxy of modern design, changing the “vocabulary of American visual culture,” as his New York Times obituary put it.

“At a certain point we were accepted, and once that happens, everything becomes less interesting,” he said in a 1989 interview, referring to his group of early design firm collaborators.

Here are some of the Jewish images from Glaser’s legendary career. 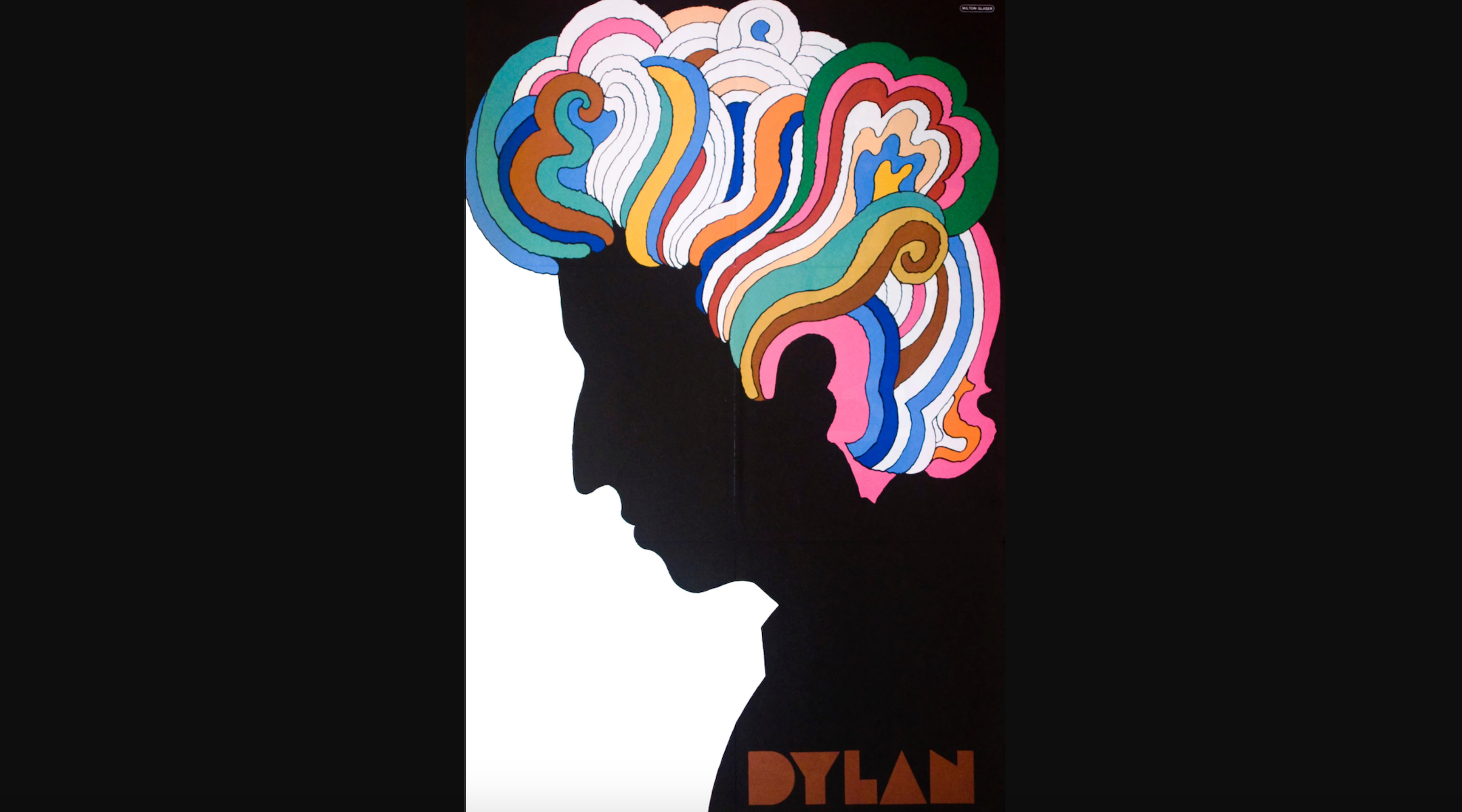 In 1967, Glaser made a poster for an album of greatest hits by Bob Dylan, one of the other most influential Jewish artists of the 20th century. The colorful waves that make up Dylan’s hair against a black silhouette were inspired by Islamic art. The image became an icon of 60s style and imagery.

“The Plot Against America,” and other Philip Roth book covers 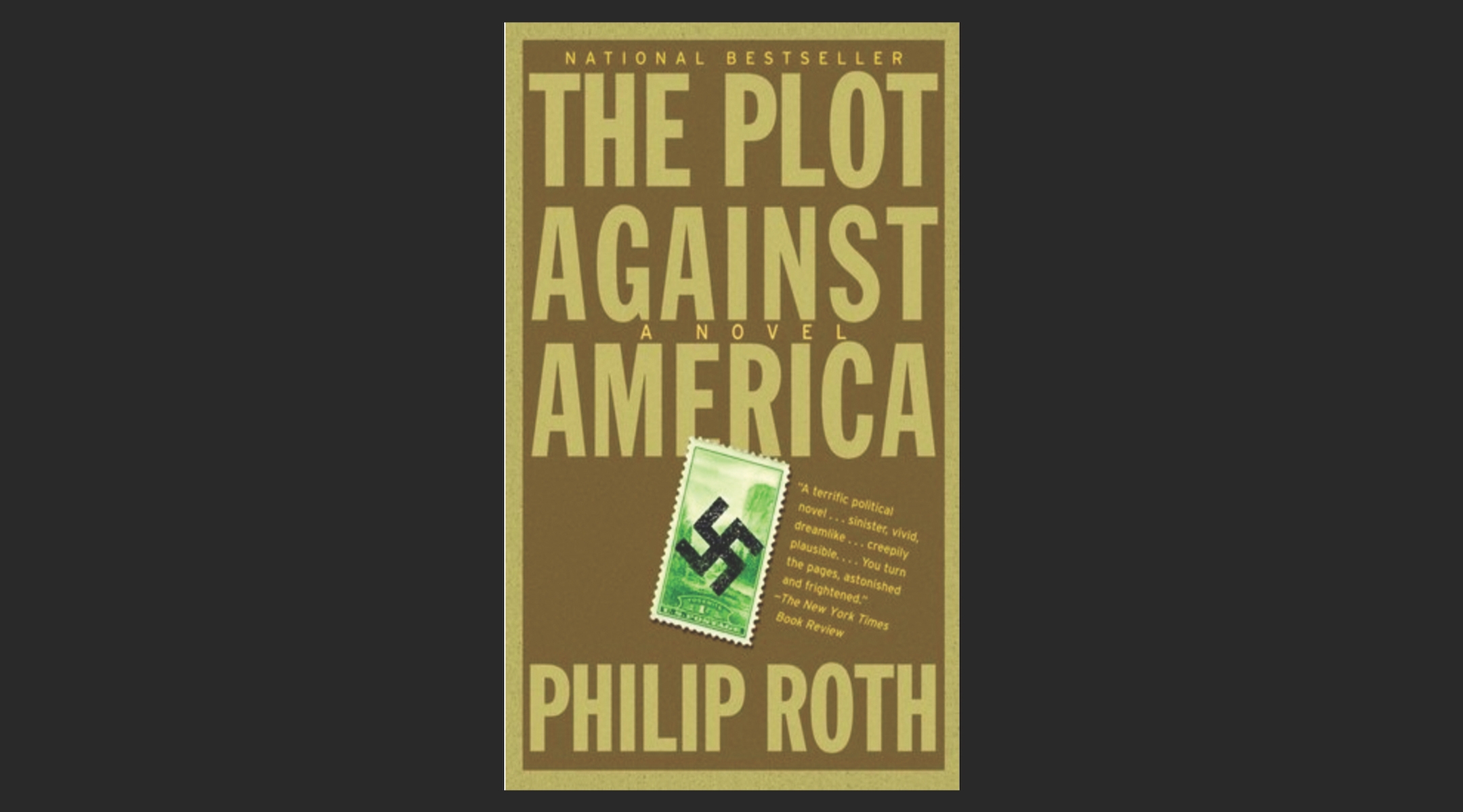 Glaser designed many book covers over the years, including at least the four that are listed on his website for the late Jewish novelist Philip Roth: “Exit Ghost” (2007), “Nemesis” (2010), “The Humbling” (2009) and “The Plot Against America” (2004) — the last of which imagines an alternate history in which Charles Lindbergh becomes president, establishes friendly relations with the Nazis and allows anti-Semitism to fester throughout the country.

A Gentile’s Guide to Jewish Food 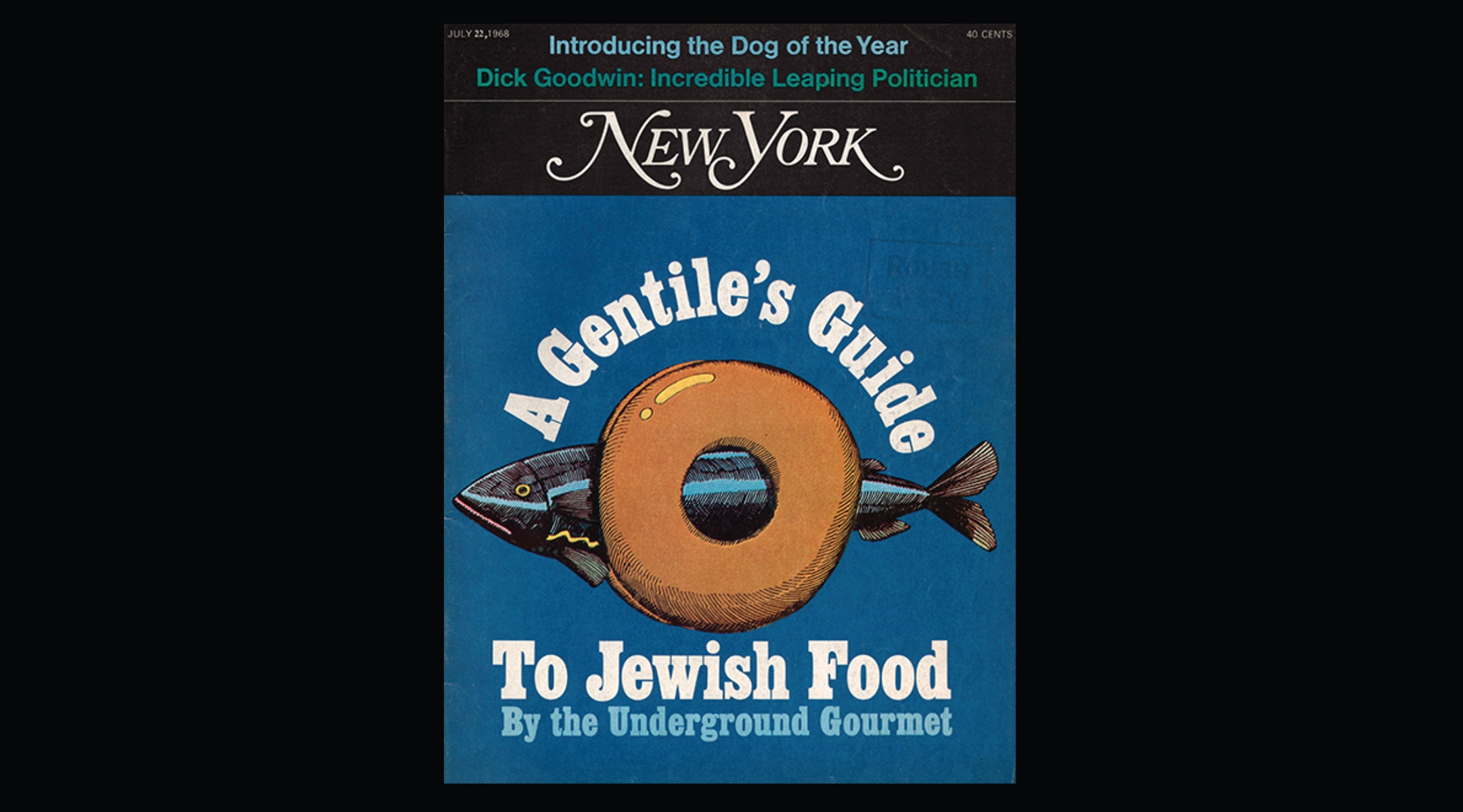 Glaser and Clay Felker founded New York Magazine — that same one that is still alive and well — in 1968. For around seven years, Glaser wrote a column titled “Underground Gourmet,” which profiled restaurant gems that wouldn’t break anyone’s budget. This was one of the many covers he designed for the magazine, and likely the most Jewish. You can read it — and see the spread of images from 1968 Russ and Daughters — here. 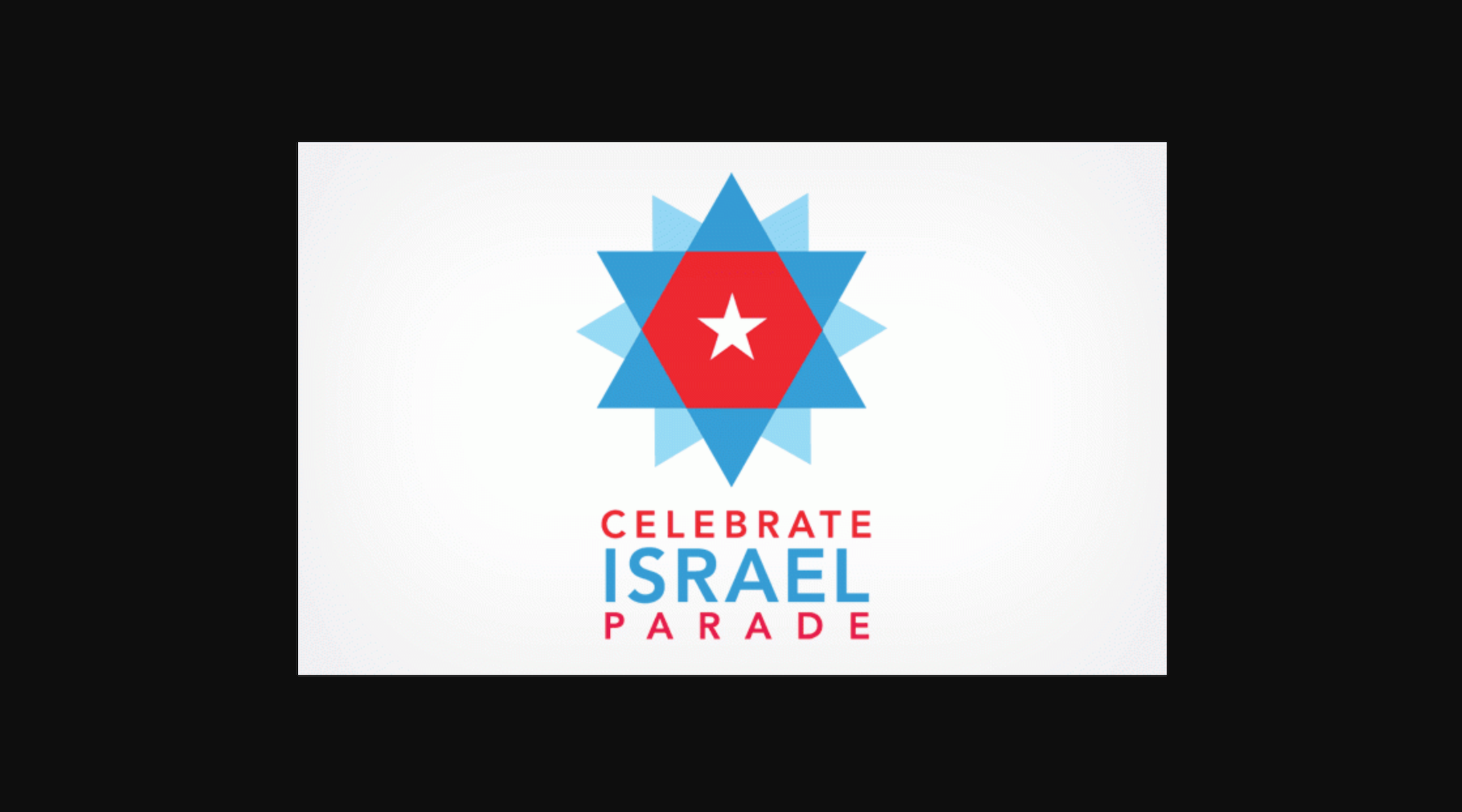 The parade, which packs New York City’s Fifth Avenue every summer, is one of the largest annual showings of Jewish pride in the world. It began in 1965, when thousands of people lined up spontaneously to see the former Israeli Prime Minister David Ben-Gurion, who was visiting the city. The parade’s branding was revamped in 2011, and Glaser contributed the red, white and blue logo. 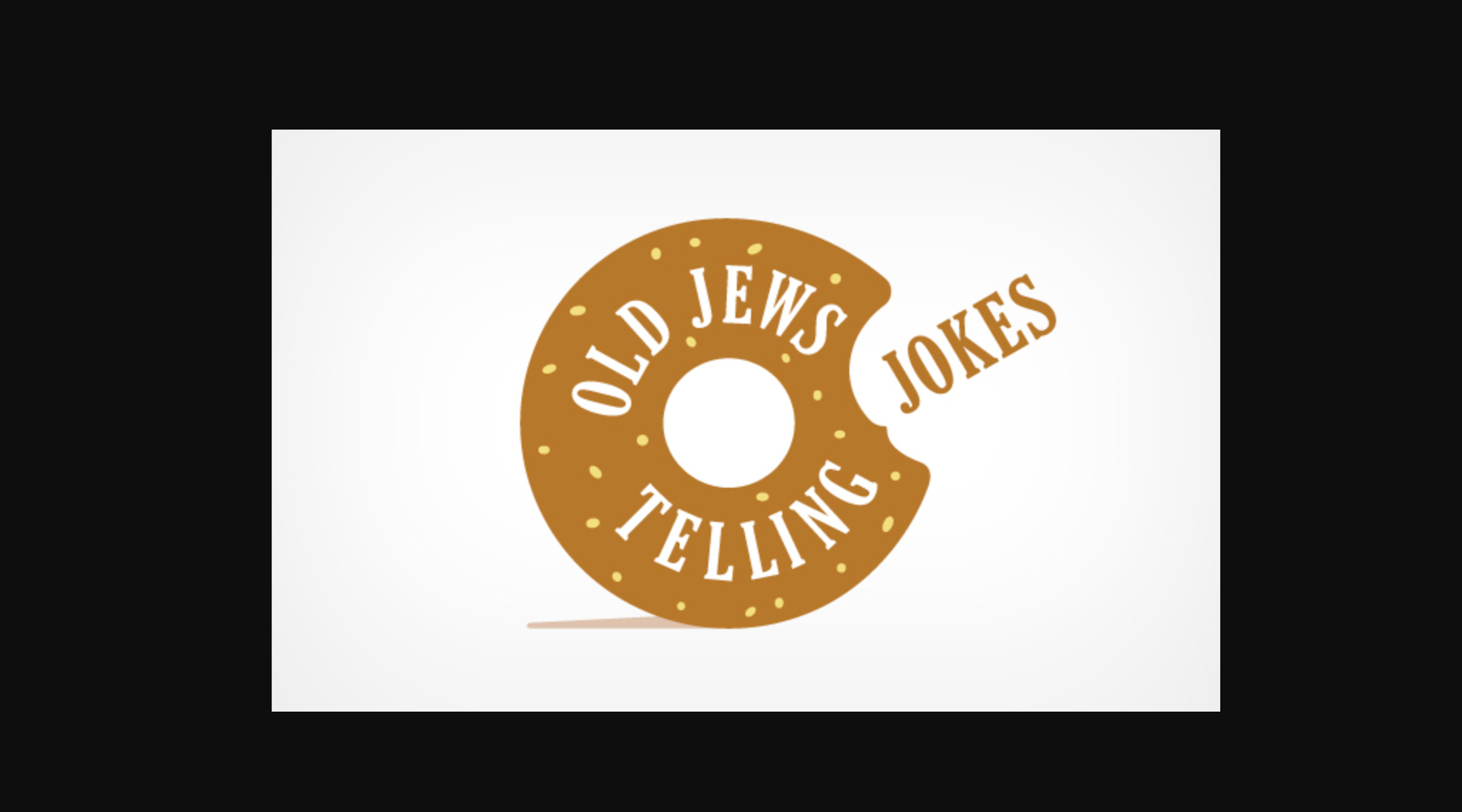 Glaser also lent his logo design talents to this website, a virtual archive of sorts of exactly what it sounds like: videos of old Jews telling Jewish jokes. In the words of creator Sam Hoffman: “Every joke teller had to be at least 60 years old and ‘Jewish.’ The age thing I would be strict about, the Jewish thing would be in spirit. If nothing else, we would make portraits of people who had lived at least six decades and that would be something to see.” 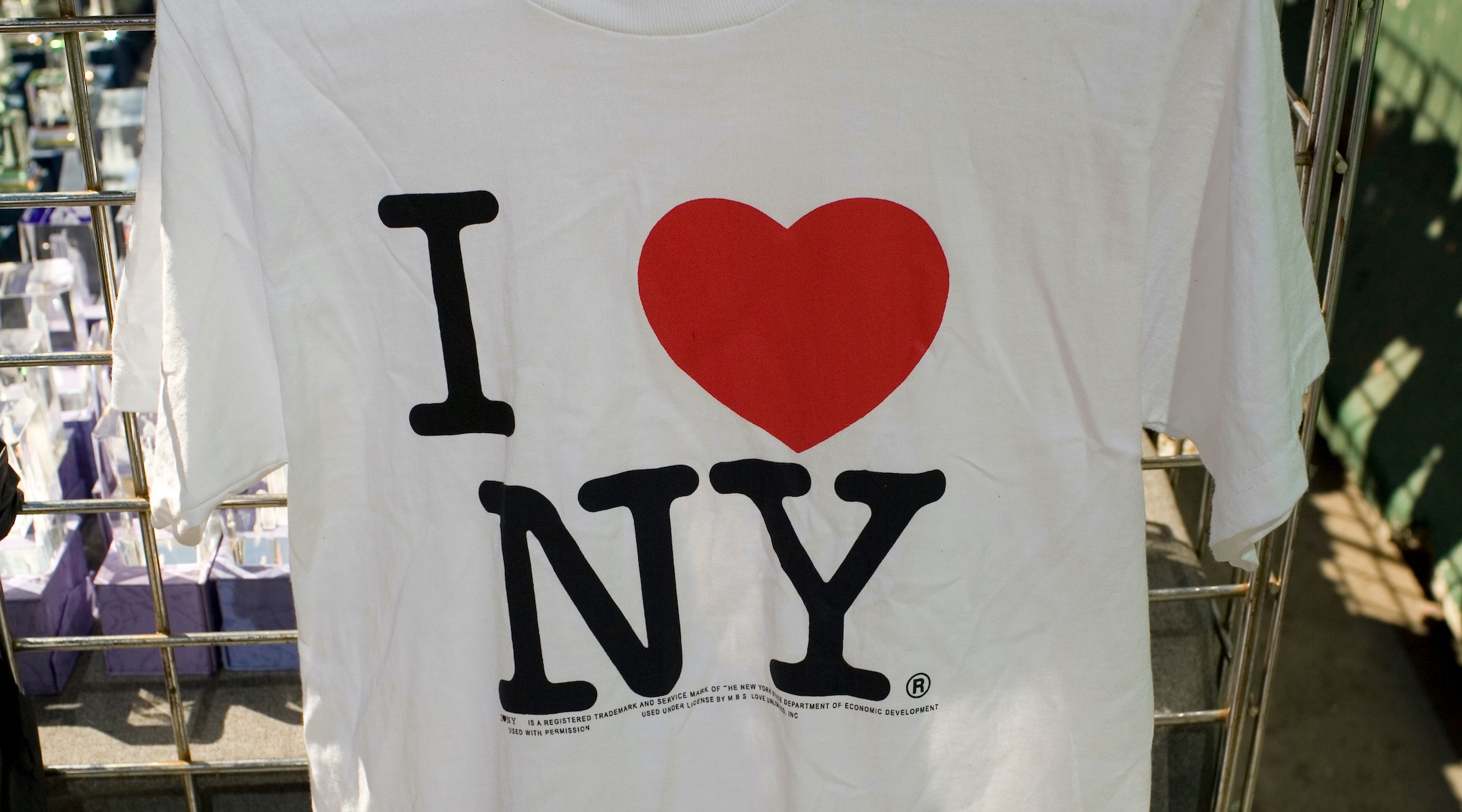 Perhaps his most well-known design is I ♥ NY, the logo has become a defining image for the world’s No. 2 Jewish capital. Originally designed for a 1977 tourism campaign by the city, it has since been an international staple on everything from t-shirts to coffee mugs to bumper stickers. “I’m flabbergasted by what happened to this little, simple nothing of an idea,” Glaser said in 2011. 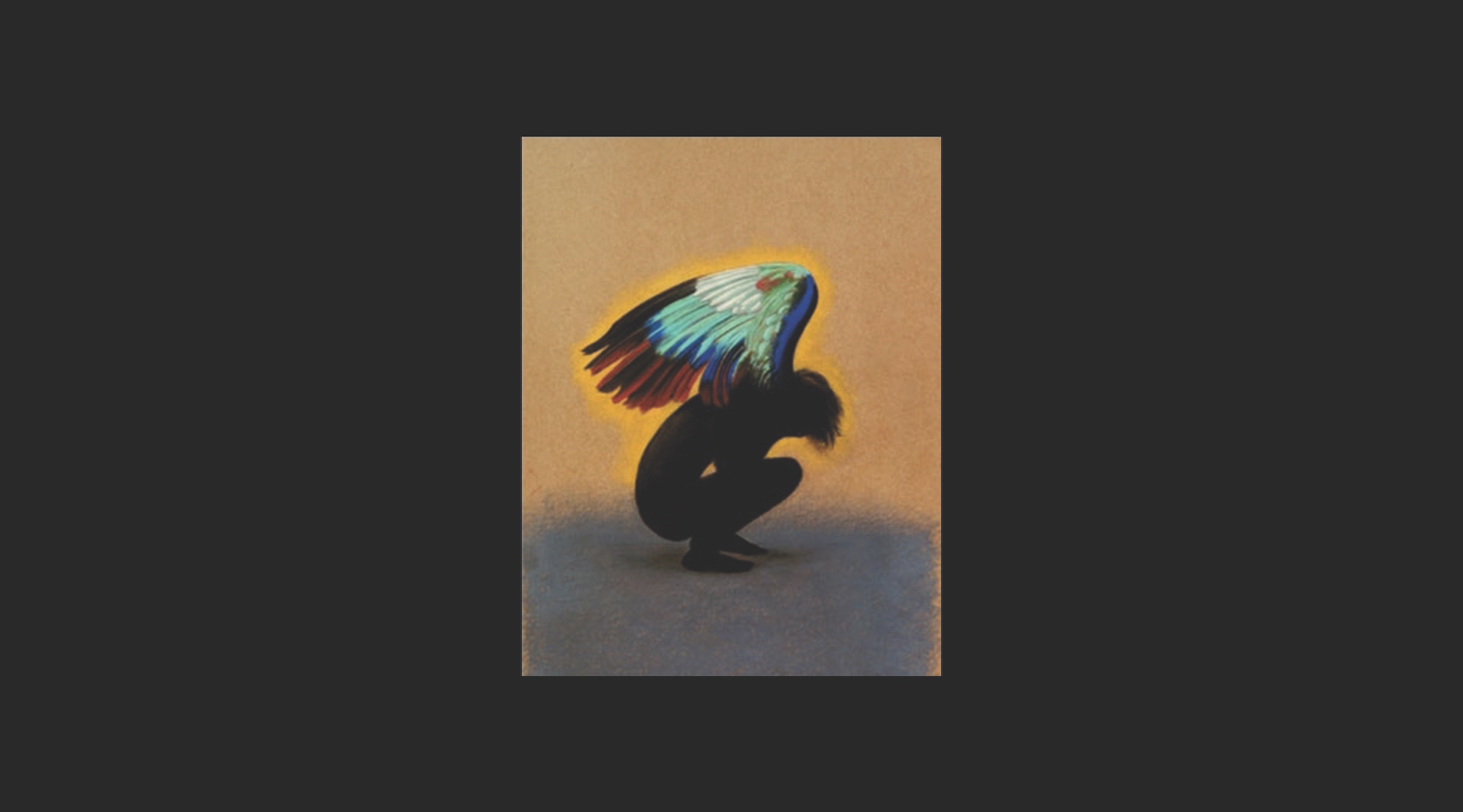 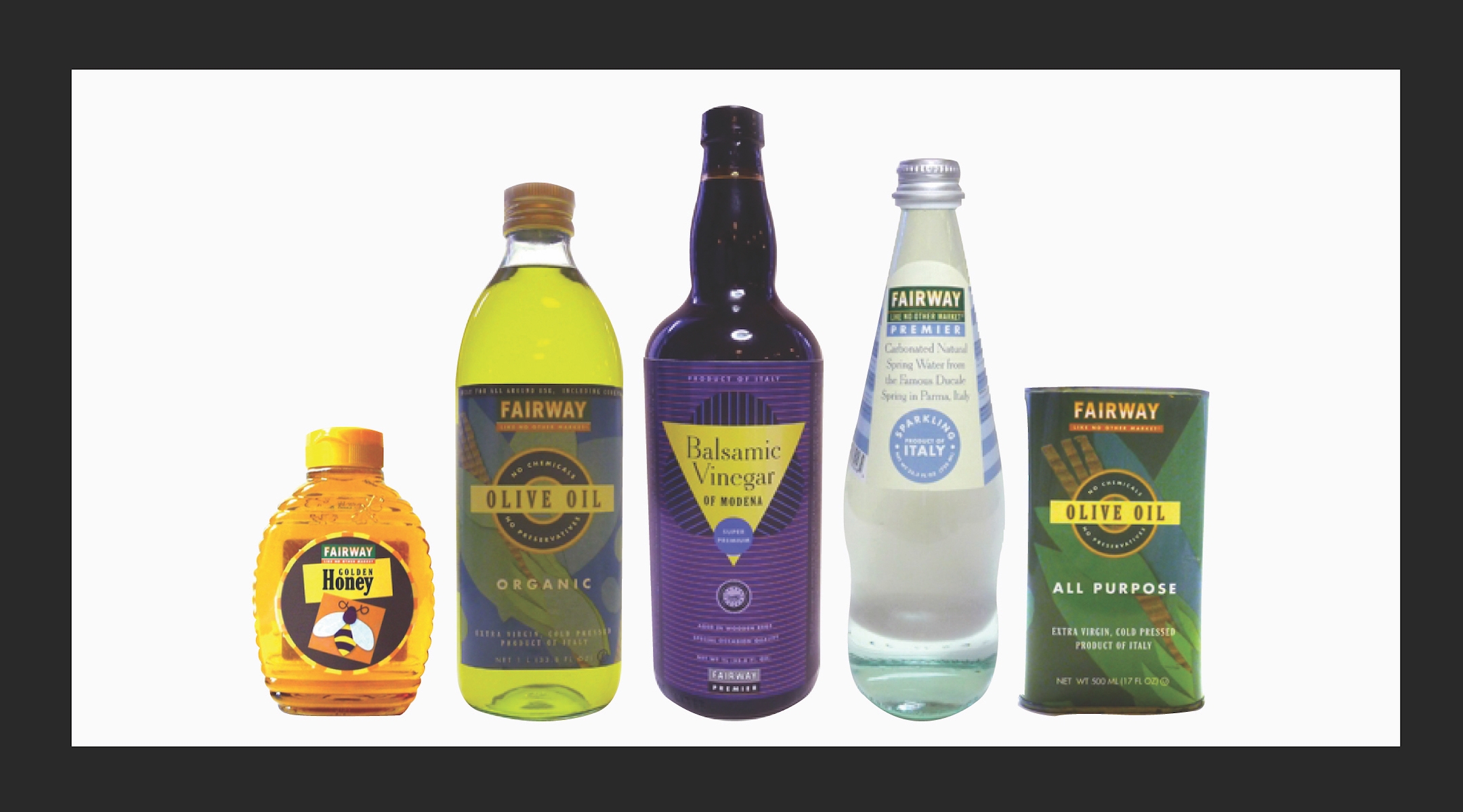 Fairway Market, the New York supermarket beloved by local Jews for its many kosher and Jewish-inspired offerings, enlisted Glaser’s help in designing all sorts of food containers. The company was likely keen on duplicating the success of Glaser’s logo for the Grand Union supermarket chain, which became an influential design totem.

Works at the Israel Museum 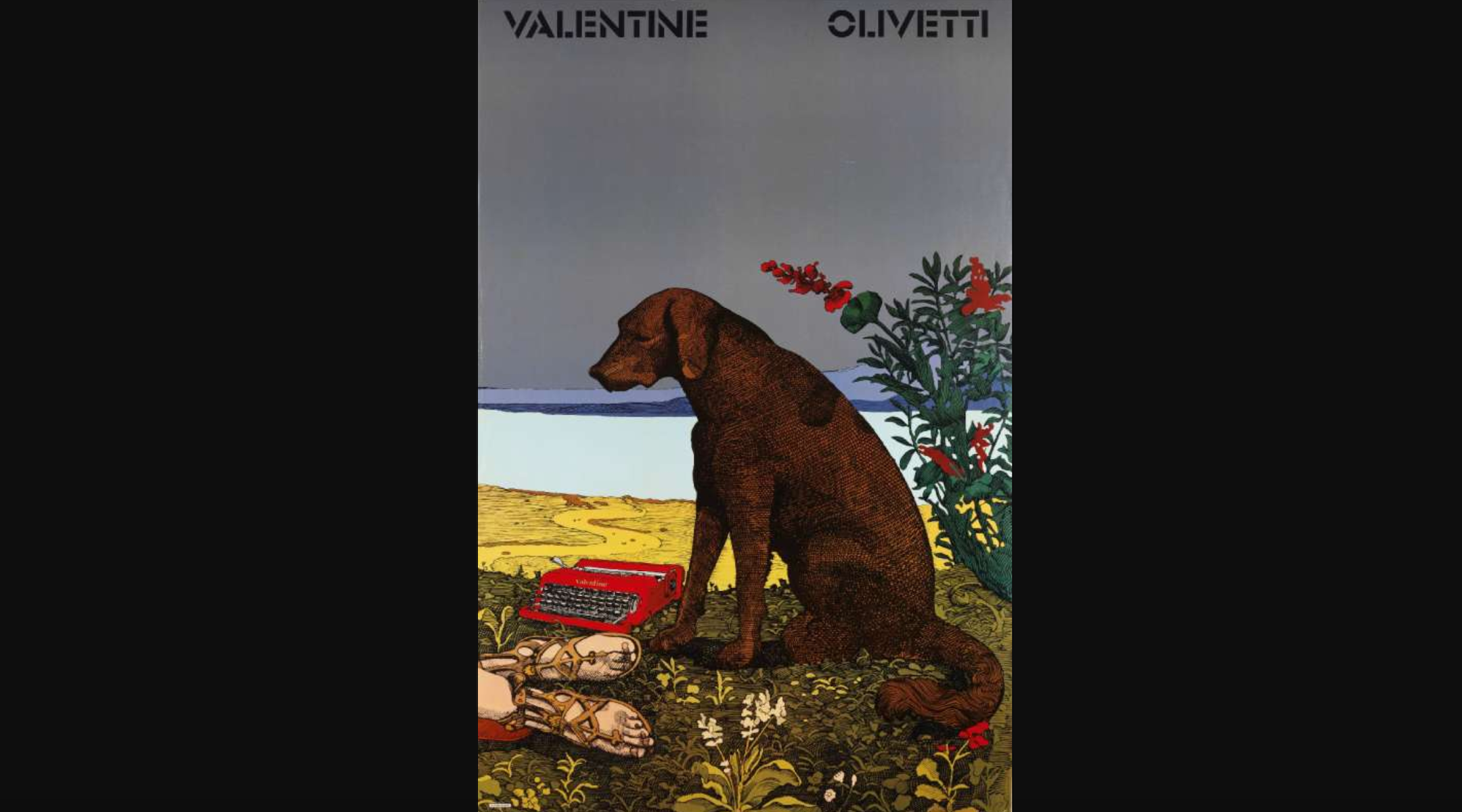 The storied Israel Museum in Jerusalem houses at least three Glaser works, according to its website, in its permanent collection. Among them is a famous ad for Olivetti typewriters, which drops one of the machines into a 15th-century painting by Piero di Cosimo.