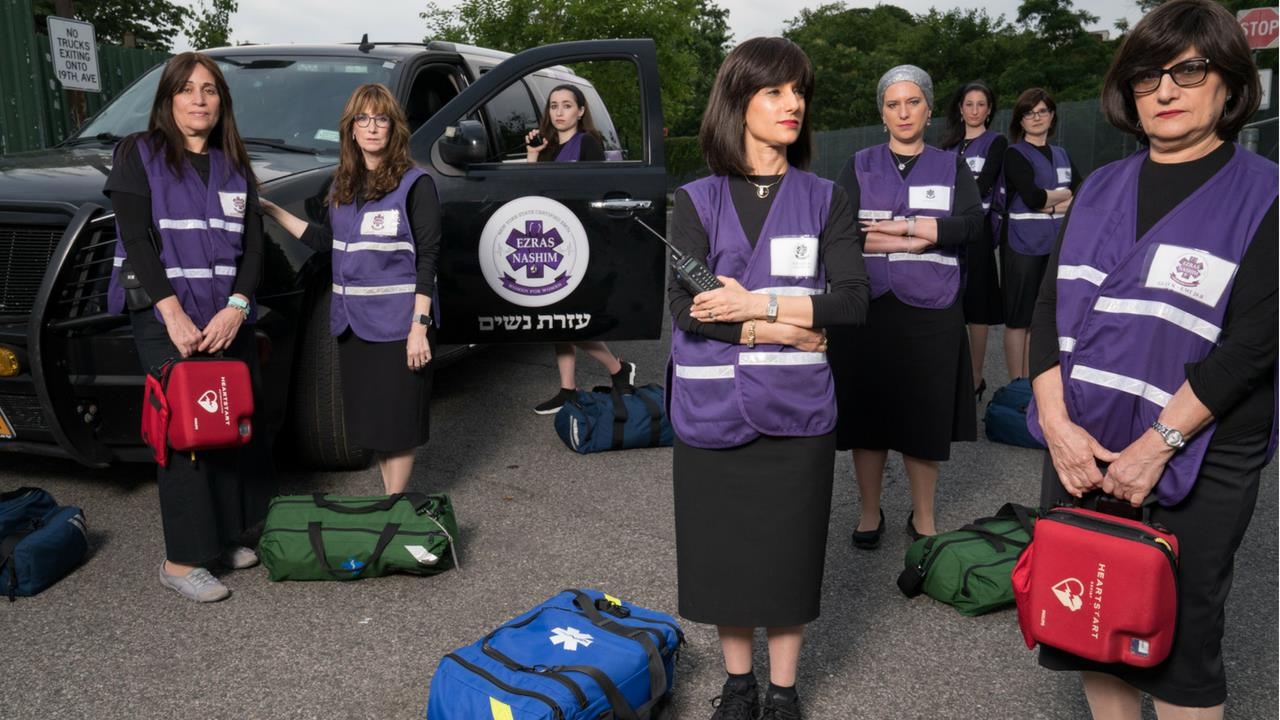 Editor’s note: On Nov. 19, 2019, the Regional Emergency Medical Services Council of New York City voted not to grant the all-female Orthodox EMT corps Ezras Nashim an ambulance license. On Tuesday, a state administrative judge reversed that decision, but the protracted fight isn’t over. Ezras Nashim was founded by haredi Orthodox women in 2011 after Hatzolah, the all-male Orthodox EMT corps, refused to allow women to join, and Hatzolah is pushing back against the judge’s latest decision.

Advocates of Ezras Nashim say that the restrictive Jewish laws of modesty make having the option of female EMTs serving female community members a vital community service. Opponents of the group say that in a true medical emergency, modesty laws do not apply, and Hatzolah is better prepared and equipped to safely serve the community.

Below, a cancer survivor, an Ezras Nashim EMT and the founder of Ezras Nashim reflect on why they believe the group is vital, their frustration with the ambulance battle and what Ezras Nashim means to them.

Shavy Landau, a mother of three and a cancer survivor residing in Brooklyn: There I lay, bald, pale and naked in the shower. The water, already running cold, had just woken me; I had passed out some time before. I was home alone with my three little kids trying to recover from the third round of chemo treatments I had just completed.

My mind was racing as I tried to make sense of what was happening. Where are my kids? How am I going to get up? Who could I call? There is no way I was going to call Hatzolah, the all-male Jewish emergency medical service. I’d rather stay here than have a member of my community enter my bathroom and see me like this.

Having been treated by many medical professionals throughout my bout with cancer, and having been poked and prodded by so many doctors and nurses, you would think that I wouldn’t hesitate to call Hatzolah for help. But the thought of having one of its members, a young religious man, see me sprawled across the floor of my bathtub was so unnerving that instead of calling for help, I waited awhile until I could muster some strength and, with the help of my son, I managed to crawl out of the bathtub.

Growing up in an ultra-Orthodox home, I was taught the importance of making myself invisible to men. The more revered the man was, the more invisible I was supposed to make myself. I started working the front counter in my father’s restaurant when I was 7 years old. Serving a mostly male clientele taught me the very fine line of serving male patrons without making eye contact and being cordial without standing out. When handling our customers’ food and money, I was taught how to respectfully assist them without being friendly and how to never directly hand over anything, be it their change or bags of food. It was always a balancing act between good customer service and managing to stay invisible.

Our restaurant served many people who didn’t have the means to pay. These customers inevitably turned into our guests at our Shabbat table, as they would often join our meals at home. The same deferential behavior was also expected at home with guests and family. So you can see why as an ultra-orthodox woman, it would be extremely unsettling to call Hatzolah into my bathroom, knowing that my neighbor or another community member would come in to my house and see me in the horrible, non-tzniut (immodest) condition I was in.

While our education focused on respect for men and extreme tzniut, what we weren’t taught as women was proper self care and that we matter. We weren’t allowed to drive, polish our nails or do other things that can help a woman feel feminine and independent. That is why my deeply ingrained respect for tzniut and utmost fear of men in my community made me think twice about calling for help when I really needed it.

I raised three boys, and on multiple occasions, my kids have needed the help of Hatzolah. One of my children choked on a grape, another needed stitches and my baby had an orthopneumovirus that caused him to have breathing difficulties a number of times. I never once hesitated to call Hatzolah to help my kids and I was always so relieved when they arrived.

Hatzolah may have literally saved my child’s life, and it is so baffling and frustrating to see Jewish women deprived of equivalent lifesaving efforts that preserve their modesty and dignity. How can the same rabbis who instilled such fear of men in me deny me the ability to have the help of women when I am sick?

It is hard for us to let down our guard and feel comfortable in our skin as we are exposed in front of men who we have been stringently taught to stay away from in any intimate or slightly provocative manner. It was therefore such a welcoming sight when a group of women from the community banded together to create an emergency medical service for their fellow sisters in need. They called it Ezras Nashim, a Hebrew double entendre that means helping women but is also the name for the women’s section in Orthodox synagogues.

I, along with countless other women, were dealt a proverbial slap in the face when Ezras Nashim was denied a certificate to operate its own ambulance service due to pressure from Hatzolah and rabbinic leadership in New York.

The community leadership needs to decide if it wants to continue on this path of treating women like second-class citizens or realize that the current communal structure is wrong, immoral, unfair and unsustainable.

Sarah Chavie Weisshaus, an Ezras Nashim EMT who lives in Brooklyn: When I first became an EMT, people asked me if I was planning on joining the new group of female EMTs, Ezras Nashim. I remember thinking “I’d never want to join a group of people who are trying to get attention and are causing so much controversy.” However, a few months later, while looking for local volunteer opportunities, Ezras Nashim came up. I then rationalized that it is still an act of kindness even if I didn’t believe in their cause. I signed up and casually kept it on the low. I didn’t want to come off as an attention seeker.

This feeling of shame turned to a sense of purpose after I responded to a few emergency calls. At my first call, the woman was in the bathroom, undressed and soiled with profuse bleeding. I helped her control the bleeding and clean up before transporting her to the nearest hospital. I didn’t think much of it at the time. Even when she sent a thank you letter, I did I not realize what it meant to her.

Later I would find out that my cousin had died because there was no Ezras Nashim in her community. She had the same issue as the woman above, but since she was undressed and in the shower, she justified that she had time to get out and put on clothing before calling Hatzolah. She was a smart woman, yet she didn’t know how severe the situation was until it was too late. Her stalling for time in an effort to save herself from embarrassment came at the price of her life.

I am no longer ashamed to be a part of Ezras Nashim. I am proud and fortunate to have the opportunity to provide culturally competent care to women who have been underrepresented for too long.

Chavie Friedman, an Ezras Nashim dispatcher said it best. She said “the opposition we face is not about women taking on leadership roles, rather it’s about the fear of change.”

Ruchie Freier, the founder of Ezras Nashim and a Civil Court judge for the Kings County 5th Judicial District in New York state, the first Hasidic woman to hold public office in U.S. history: My mind is swirling with so many thoughts. I want to hug Shavy and tell her to stay strong. I want her to remain anonymous and protect her privacy — and at the same time, I want to hold her hand and run with her to every rabbi and together insist that they make room for us and all Jewish women in the world of Emergency Medical Services.

We are like the daughters of Tzelophchod who came to Moshe Rabbeinu insisting that they, too, deserve a share in inheriting the land of Israel. We women deserve our dignity and the right to preserve our tzniut during medical emergencies.

To deny us this is antithetical to Torah values and goes against everything we were taught about being a “bas melech” (dignified daughter of a king). It is also unconscionable, unconstitutional and a chilul Hashem (desecration of God’s name).

I want to remind Shavy that “In the merit of the righteous women … the Jewish people were redeemed from Egypt” (Sotah 11b). It’s we women who will bring change. With Hashem’s help we will succeed!

Shavy Landau, Sarah Chavie Weisshaus and Ruchie Freier
are members of Ezras Nashim, an all-female Orthodox EMT corps.
The views and opinions expressed in this article are those of the author and do not necessarily reflect the views of JTA or its parent company, 70 Faces Media.