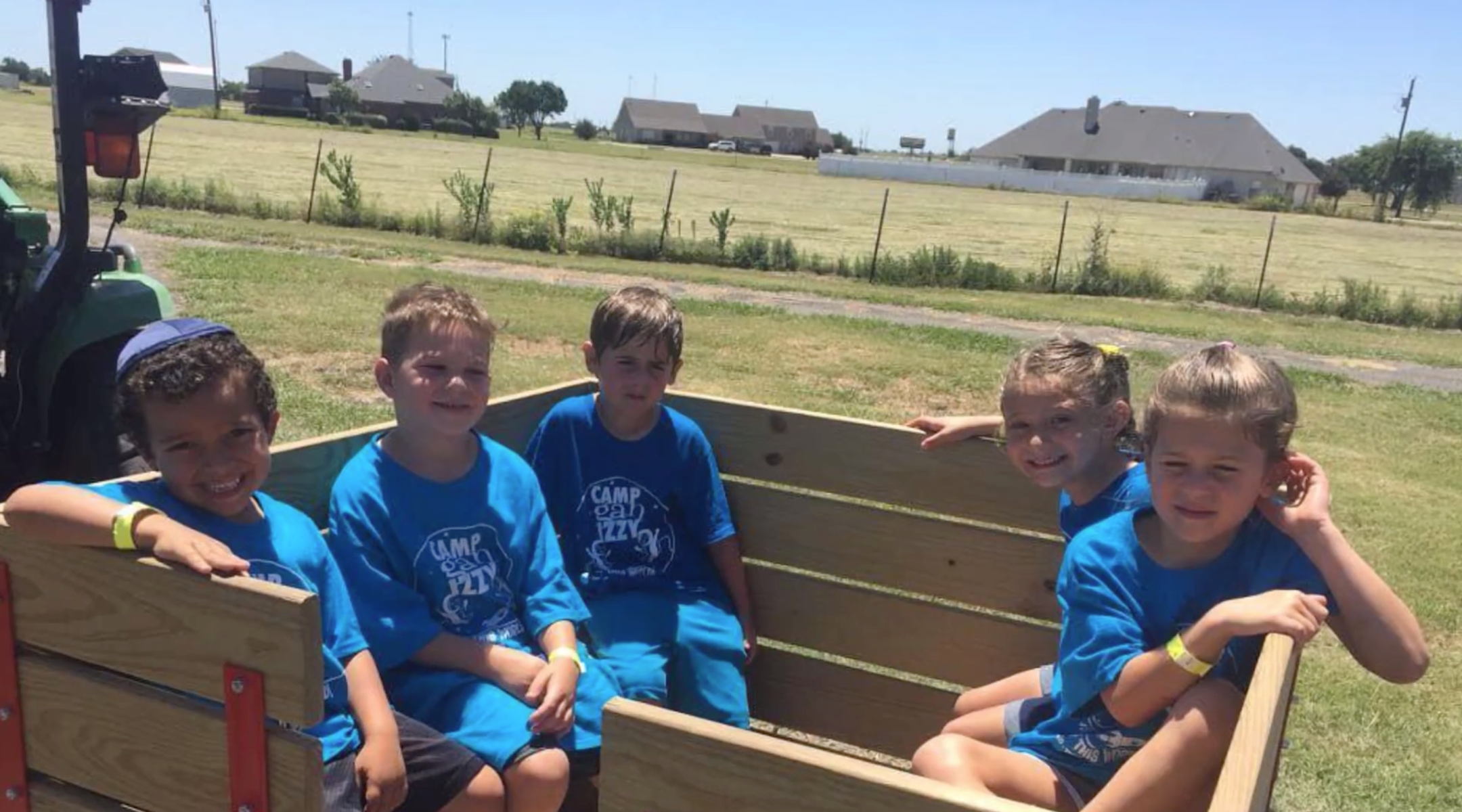 A photo of a Camp Gan Israel in Plano activity from a 2018 promotional video. (Screenshot from YouTube)
Advertisement

(JTA) — A Jewish day camp in suburban Dallas has closed after at least two campers and two counselors tested positive for COVID-19.

The closing of Gan Israel of Plano, Texas, on Tuesday night serves as a cautionary tale as schools look to reopen this fall. The camp, which according to its website serves kids ages two to incoming seventh graders, is run by Chabad, the Hasidic outreach movement.

Gan Israel closed for the summer after receiving the positive test results and has no plans to reopen, the camp confirmed to the Jewish Telegraphic Agency.

The camp joins a growing number of summer camps that have closed after campers or staffers tested positive for COVID-19 and its experience demonstrates the delicacy of reopening child care facilities just six weeks before the beginning of the school year. The camp abided by state regulations and put cautionary measures in place.

The camp opened for a four-week session on June 29. But it could not escape Texas’ current spike in COVID-19, which has seen close to 10,000 new cases a day for much of the past week.

“Some people might say, ‘Well, there’s a pandemic, so how can you even think about opening camp, period?'” said Hannah Lebovits, who sent her two children, ages 3 and 6, to the camp. “Everything they did was legal in opening their camp. Nothing was questionable.”

A camper showed symptoms of the coronavirus on the Thursday following the July 4 weekend, and the number of cases grew from there. On Monday, the camp notified parents that that camper’s counselor and another counselor had also tested positive. On Tuesday, when the camp learned that a second camper in a younger age group had tested positive, it closed camp entirely.

The camp did not test all campers for COVID-19, but it took the kids’ temperatures every morning and monitored them for symptoms. It also required counselors to wear masks and asked older children to as well. Campers were met by counselors at the drop-off point each day and parents and other visitors were not let in the building.

But the camp said on its website that social distancing is not developmentally appropriate for children, and therefore “we expect that your child will be at a distance of less than six feet of another child, neither of whom will be in a mask, at many times this summer.”

Like all day camps, the camp had no control over how families conducted themselves outside of camp hours.

Now, Lebovits is worried about what the school year is going to look like, and is concerned about her kids being without social contact, potentially for months more. Her family just moved to the area so she could begin a new job, and she isn’t sure how she and her husband will be able to work and get to know their new community if their kids need to remain at home indefinitely.

“Schools are going to be exactly like that too,” she said. “And so, thinking about opening in a month and a half, when literally [the camp] couldn’t be open for two weeks … We don’t really know what could happen.”