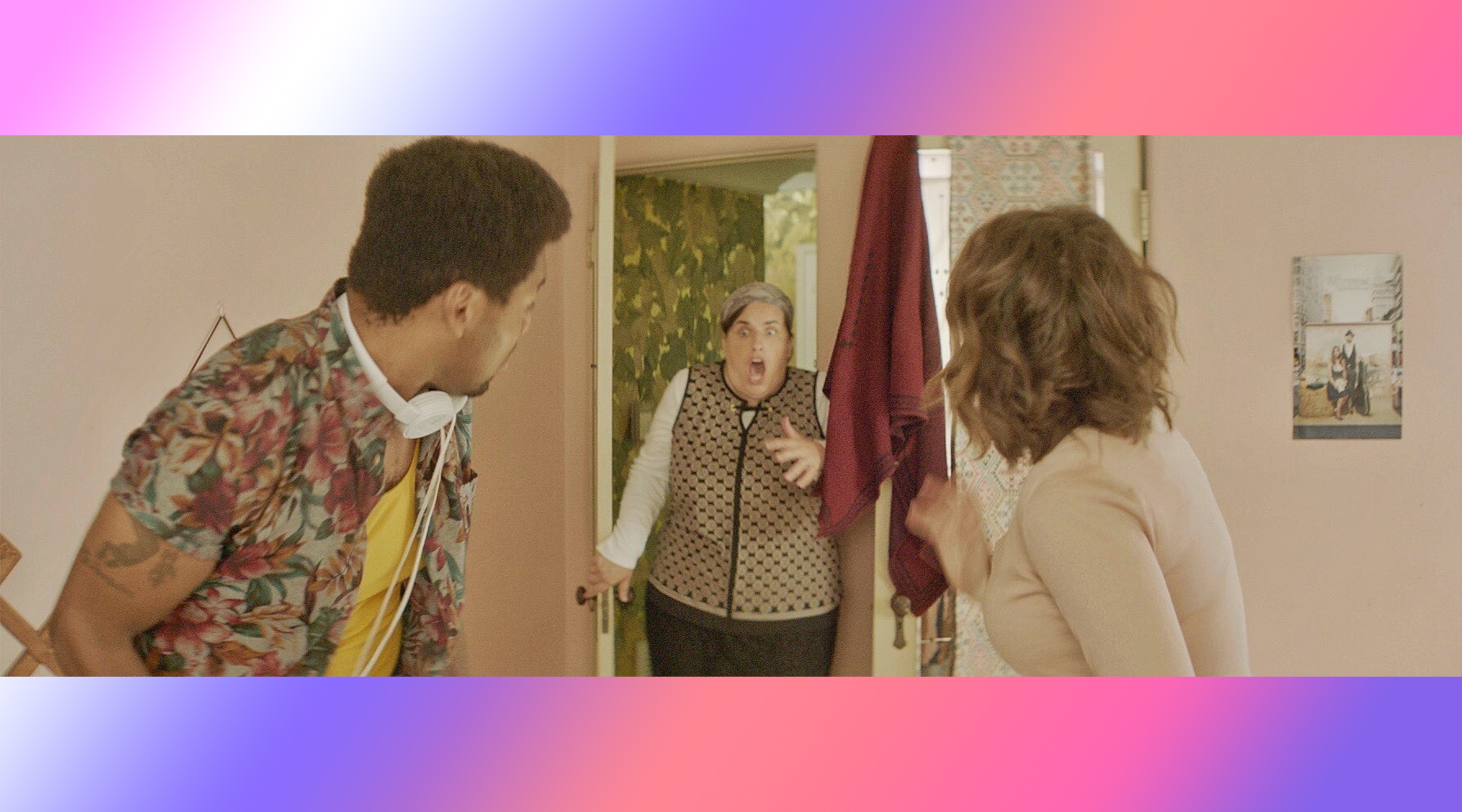 "I wanted to show a different side that we don’t normally get to see,” Talia Osteen, the writer and director behind "Shabbos Goy," said of the short film's depiction of Orthodoxy. (Courtesy of Talia Osteen)
Advertisement

(JTA) – When Talia Osteen decided to make a short film about a Shabbos goy – a non-Jew who performs a task for a Jew that they can’t do themselves on Shabbat – she knew she needed him to do something funnier than flipping a light switch.

Thus begins a fast-paced short film that offers a stark departure from how Orthodoxy has been depicted in recent movies and on television shows. Where Hollywood forays of late into Orthodox stories focused on the oppressiveness of the community’s rules within a setting of muted color palettes and a roster of characters who rarely smile, “The Shabbos Goy” is a seven-minute snapshot of the silliness that can ensue when tradition and modernity live side by side and bump up against each other in awkward ways.

Osteen said her comedic approach to Orthodoxy was intentional.

The darker sides of the Orthodox world deserve to be highlighted, she said, as they have been in the 2017 film “Disobedience,” which starred Rachel McAdams as a closeted Orthodox lesbian, or “Unorthodox,” the story of a woman who leaves Hasidic Williamsburg behind for Berlin.

“But I wanted to show a different side that we don’t normally get to see,” Osteen said.

Where the movie most directly subverts Hollywood stereotypes of Orthodoxy is in the way it depicts women’s sexuality.

“I want to invert the expectation that frum or Orthodox Jews are not as sexual as everybody else,” Osteen said. “It is supposed to be a nod to the fact that there’s more to Orthodox women than what we might think of.”

Osteen isn’t Orthodox herself. Raised by an Israeli mother and a father who converted to Judaism, she grew up going to a Conservative synagogue in a suburb of Orlando, Florida. As a kid, she attended camp at the JCC and even formed a Jewish singing group in high school called Visions. In Los Angeles, she and her wife send their son to a Jewish preschool and go to Ikar, a nondenominational synagogue in West Los Angeles.

But it was Osteen’s Orthodox friends who helped inspire the idea for the short.

In 2009, Osteen met Dov Rosenblatt, a Modern Orthodox musician who was looking to get his music into film and television scores. The two bonded over their shared experience of singing in Jewish bands and started writing songs together as a side project. In 2010, they started a band, The Wellspring, and in 2011 they went on tour together.

And while Osteen couldn’t be the Shabbos goy for Rosenblatt because she is Jewish herself, she came to learn when it might be helpful to him if she turned a light on or off on Shabbat.

It was that idea of the Shabbos goy – a non-Jew who can perform an action forbidden to a Jew on Shabbat if the Jew doesn’t explicitly ask them to do it – that intrigued Osteen as a plot device.

“There is inherent comedy whenever you give a character a set of rules that they have to navigate to get to a goal,” Osteen said.

When producer Paul Feig’s inaugural Powderkeg: Fuse competition put out a call for proposals for short films set in a micro-community in Los Angeles, Osteen was torn between writing about East Los Angeles lesbian moms and Orthodox Jews in Los Angeles’ Pico Robertson neighborhood. Osteen’s wife, Sara Hess, a producer and writer on “Orange is the New Black,” told her to choose the Orthodox community.

“We don’t see that often in comedies,” Hess said, according to Osteen.

Osteen originally envisioned a family sitting around the table on Friday night in the dark, in need of a Shabbos goy to turn on the light. But she wanted to pack in more comedic punch.

“I thought, what is the most embarrassing thing you could need to use a Shabbos goy for?” she said.

Could that really happen, she wondered?

It’s possible, they told her.

Davian’s race adds another layer of complexity to the plot. When Chana approaches him, Davian questions her assumption that he’s not Jewish.

Coming at a moment when the Jewish community is reevaluating its notions of its own diversity, the question from a movie that premiered last year feels prescient.

The film makes a clear effort to get the details accurate and was helped by having people on set who had a strong familiarity with Orthodoxy. It was Yisrael Dubov – he plays Chana’s fiancee and was cast in the role before Osteen realized his father had been the Chabad rabbi in her hometown – who pointed out that the father in the film would not be wearing a wedding ring.

Osteen modeled the Shabbat meal setting after an Orthodox family she knows.

“So it may not look the same for other viewers, but I knew that it was at least accurate to how this Orthodox family that I know would do it,” she said.

Even the music, composed by Osteen and Rosenblatt, is based on a traditional niggun, a wordless melody, that they adapted to suit the arc of the script.

Osteen and the film’s producers are exploring their options to expand the film, whether it’s a feature film that takes place over the course of “one crazy (Shabbos) night,” as Osteen puts it, taking inspiration from “The Hangover,” “Booksmart” and “Runaway Bride,” or as a series in which Davian moves in with Chana’s family in a cross between “Three’s Company” and “Ramy.”

However the story continues, Osteen is gratified by the positive feedback from Jews and non-Jews alike, but especially from Orthodox viewers.

“I wasn’t sure which way it would go,” she said of the response from Orthodox viewers. “But that makes me very happy.” 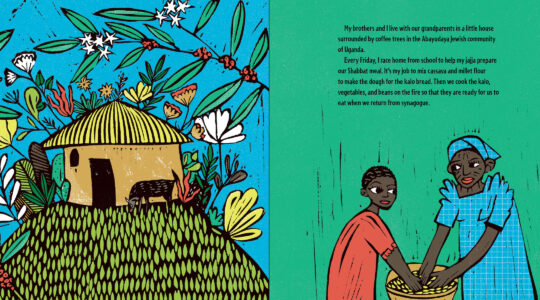 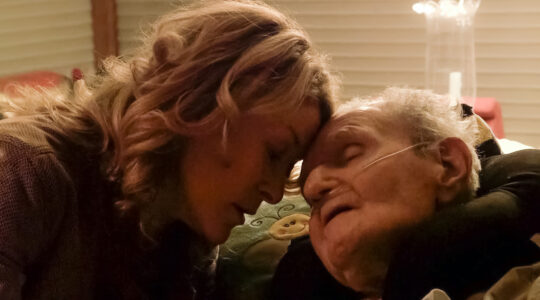 In ‘Last Flight Home,’ a Jewish family helps their father end his life