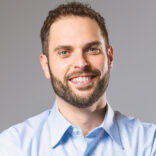 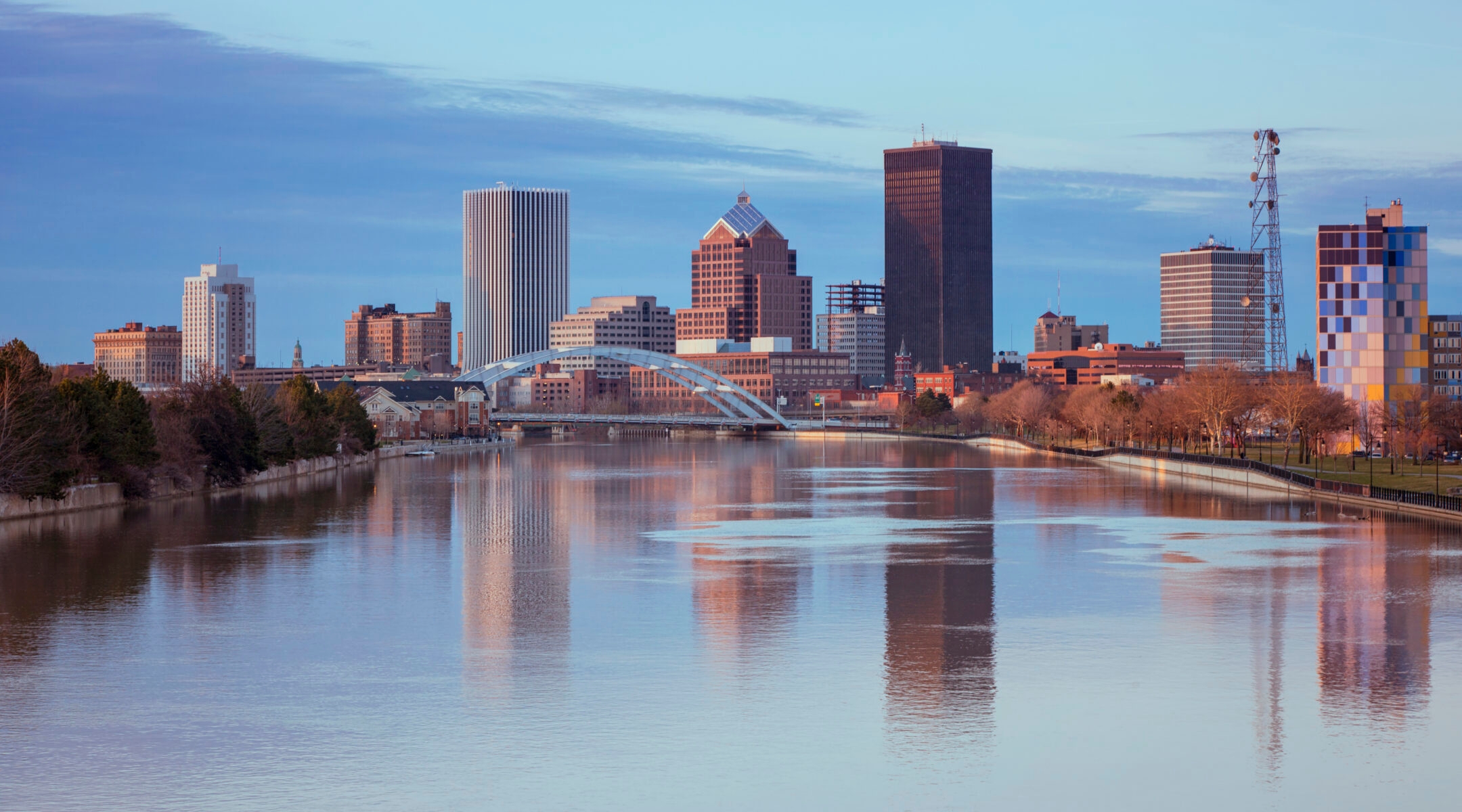 ROCHESTER, N.Y. (JTA)  — I am a City Council member in this upstate city, which sadly has the nation’s third highest child poverty rate and the single most economically segregated school district border.

That border runs between the Rochester City School District, which primarily serves Black and Brown families, and Penfield, a predominantly white, affluent suburb. Both of these facts reflect the deeply embedded structural and institutional racism here.

There are, according to the latest Jewish Federation of Greater Rochester survey, an estimated 18,911 Jews across the greater Rochester region, 92% of whom identify as white or Caucasian. Well over 75% earn more than double the median household income of the city.

As the only Jewish elected official in Rochester, I regularly get asked by Jews how we can help build a more equitable community. I’m now hearing the question more than ever because structural racism has been so explicitly exposed by the murders of George Floyd and Breonna Taylor and the protests of the Black Lives Matter movement.

I’m sure this same question is being asked in other communities, too, and I’m glad that the Jewish community feels compelled to work toward racial justice. But I’m having a difficult time answering the question directly. Not because of a lack of ideas, but because I believe the Jewish community needs to first address our complicity in creating segregation and racism.

Jews came to Rochester in the late 19th century along with many of the other “poor, huddled masses” who immigrated to the United States from Europe. Tenements and settlement houses rose up throughout Rochester’s northeast to help the most vulnerable members of the community. St. Joseph Avenue, a busy street that travels north from center city, became the focal point for the Jews, with so many kosher butchers, bakeries and fish markets that people referred to it as “Rochester’s Lower East Side.” The Jewish community wielded enough influence that in 1900, the City Council dropped the “St.” from the name.

After World War II, many Jews like my grandfather moved away from Joseph Avenue because of newfound status and opportunity. My grandfather served in the war and took advantage of the GI Bill to move to an affluent suburb. The tenements and settlement houses once reserved for Jews began serving the growing African-American community who came to Rochester as part of the great migration.

In July 1964, racial tension and police use of force led to an event that has been labeled a “race riot,” but is better defined as a rebellion against the ghettoization of the Black community in Rochester. By then, divestment had ruined the old splendor of Joseph Avenue. Second- and third-generation European immigrants like my grandfather had started to leave for the suburbs. With so many homeowners and business owners abandoning the area, Joseph Avenue was left with substandard housing and a lack of good-paying jobs.

An altercation between an armed police officer and a 20-year-old man sparked three days of violence and unrest that resulted in four deaths, more than 300 arrests and immense property damage to businesses along Joseph Avenue. Jewish-owned businesses were particularly hard hit by the rebellion, which led to the question of whether anti-Semitism was a cause.

The Rev. Martin Luther King Jr. said that “the outburst in … Rochester cannot be considered … anti-Semitism, [but] I am particularly pained to learn that a large percentage of the looted stores were owned by our Jewish friends.”

This assurance from Dr. King did not settle everyone’s fears and insecurity. Nathan Goldberg, a prominent business owner in the old Jewish neighborhood, fondly reminisced about Joseph Avenue in an interview from 1976, but he stated that after the rebellion, “I don’t think there was any other alternative, [the Jews] just had to move.”

The rebellion led the Jews to complete their abandonment of Joseph Avenue. Housing developers helped build Jewish neighborhoods in the eastern suburbs. Major institutions like the JCC and synagogues left the old neighborhood and built new ones in suburbia.

The eastern suburbs are still thriving today, with some of the best housing stock and schools in the region. This is the Jewish community I was born into because my grandparents had access to GI benefits, mortgages and banking institutions. Meanwhile, Joseph Avenue is one of the poorest streets in one of the poorest cities in the nation, with substandard housing stock and a segregated, failing school system. The people who live on Joseph Avenue today are primarily Black and Brown families whose grandparents were denied access to GI benefits, mortgages and banking institutions.

If the Jewish community can understand and acknowledge how our divestment and privilege helped create the issues of today, we can do our part toward tikkun olam. Not by running literacy programs or food pantries, but by facilitating the transfer of wealth into the Black and Latinx communities. We could build affordable housing and provide both interest-free mortgages and business loans. We could use our political capital to collectively advocate for a desegregation of schools. We could do the work required to make sure that the young Black kid growing up on Joseph Avenue has the same opportunities as the young Jewish kid growing up in suburbia.

I like to walk up and down Joseph Avenue to see the remnants of the Jewish community there, including a still active hardware store called Sniderman’s, an abandoned synagogue and the old settlement house that taught so many European Jews how to be American. These walks make it painfully clear that Rochester’s Jewish community was part of the problem, it’s time we acknowledge that and become part of the solution.

Mitch Gruber
, PhD, is a City Council-member in Rochester, NY.
The views and opinions expressed in this article are those of the author and do not necessarily reflect the views of JTA or its parent company, 70 Faces Media. 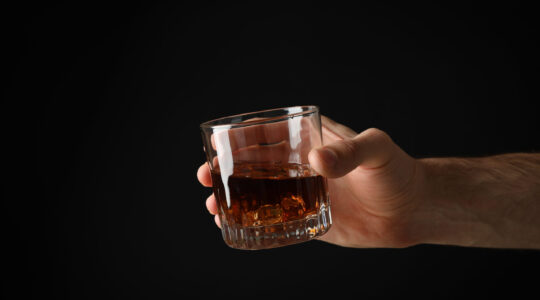 The data don’t lie: Yeshiva high school students have a binge-drinking problem. Here’s what we can do about it. 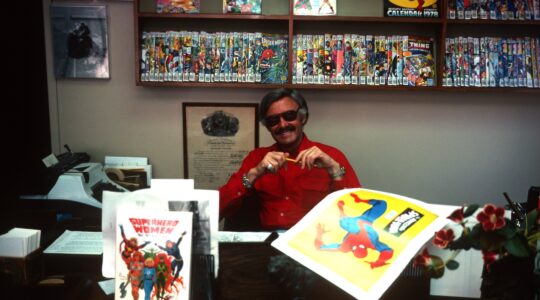 Stan Lee’s legacy is complicated. This new book casts a shadow on it. 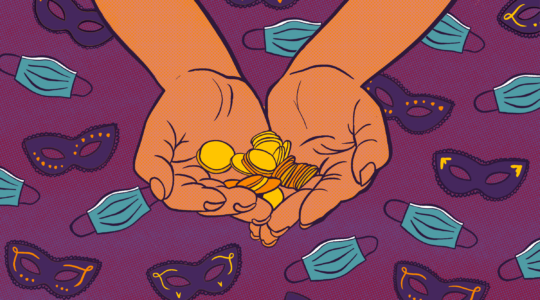 To make my second pandemic Purim more meaningful, I’m focusing on giving to the poor