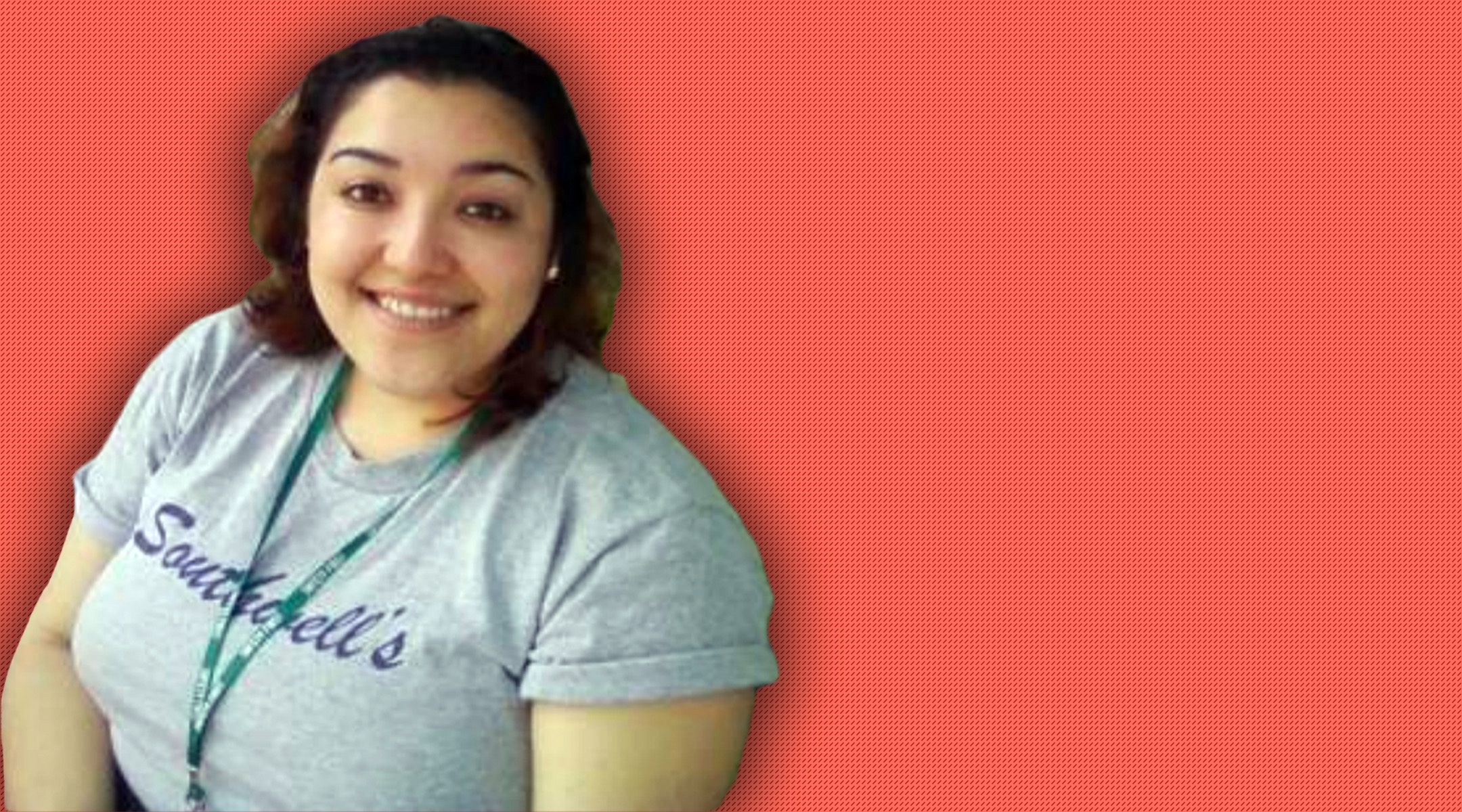 (JTA) — A Jewish woman who was in ICE custody and was scheduled to be deported has been released following a push by Jewish advocates, immigration activists and local officials.

Nylssa Portillo Moreno, who came to the United States as an undocumented immigrant at age 8 from El Salvador in 1993 and grew up in Houston, was detained in December by Immigration and Customs Enforcement, according to RAICES, a nonprofit that provides legal services on immigration and is representing Portillo. She was originally scheduled to be deported this week.

After RAICES tweeted about her case on July 23, a coalition of Jewish advocates sprung to Portillo’s aid.

“Nelly is a Jewish immigrant. Nelly is locked up by ICE. Nelly is a cancer survivor,” Rafael Shimunov, a progressive Jewish activist, tweeted Monday, adding the hashtag #FreeNelly.

RAICES, the Refugee and Immigrant Center for Education and Legal Services, confirmed that Portillo was detained after being charged with theft, a charge that was later dropped. According to RAICES, Portillo is a small business consultant who uses her income to support her mother, who had a stroke and requires full-time care.

Although she qualifies for DACA, the program that allows undocumented immigrants who came to the United States as children to remain in the country, she has not applied, according to RAICES. Now, new applications are not being accepted. RAICES also said that Portillo is a cancer survivor, making her more vulnerable to the worst effects of COVID-19, and that she was denied kosher food while in custody. According to RAICES, she lost 60 pounds while in custody.

“The biggest reason she lost the weight was that she is Jewish, and her dietary needs were not being met, so she wasn’t eating, and what she was eating wasn’t good for her,” said Erika Andiola, RAICES’ chief advocacy officer. “Not only the pressure but the moral power of the story, given that there was so much injustice around what’s happening to her — that allowed for the pressure to work. It was really great to see that, and now she’s home.”
In an email to the Jewish Telegraphic Agency, ICE did not comment directly on the allegations of withholding kosher food from Portillo, but wrote that the agency’s dietitians “ensure individual unique health (included allergies), dietary, and religious needs are met.”

“On Aug. 4, Nylssa Portillo Moreno was released from ICE custody while she awaits the resolution of her immigration proceedings,” the ICE email read. “ICE adheres to National Detention Standards, which dictate following specific dietary needs of those detained in our facilities.”

In the weeks since RAICES’ initial Twitter thread, Portillo’s case has attracted the attention of Jewish organizations. An open letter to ICE’s San Antonio Field Office on Portillo’s behalf, written by the National Council of Jewish Women, was co-signed by 18 other groups, including the Union for Reform Judaism and the Anti-Defamation League.

The letter, sent Monday, said, “As organizations inspired by Jewish values, we unequivocally believe that Ms. Portillo Moreno should be home in her community, where she can receive needed medical care, have access to kosher food, and be with loved ones.”

“It’s pretty outrageous,” she said. “This is just another notch in the real and inhumane treatment of people in custody, and we felt that Ms. Portillo Moreno’s story — it was important for us to speak out about her in particular, but also to bring awareness to the fact that this is likely a pattern.”

On Sunday, Never Again Action, a Jewish group that protests on behalf of immigrants at ICE detention centers, and the progressive group Jews for Racial and Economic Justice organized a phone bank that called ICE asking for her release, in addition to calling friends to raise awareness of her case. The group also placed calls to New York Sen. Chuck Schumer’s office because he is the Senate minority leader and a Jewish senior official. Stephen Lurie, an organizer with the group, told JTA, “We think it’s crucial that Democratic leadership start paying attention and taking serious action on immigrant justice.

In addition, a Texas state representative in Austin, Gina Hinojosa, wrote a letter to ICE calling for Portillo’s release. Andiola said other elected officials advocated on Portillo’s behalf as well.

The advocacy appears to have worked: As of last night, a spokesperson for RAICES confirmed, Portillo was released on an order of supervision, which means she is free from custody but is still subject to proceedings in immigration court.

“The situation that we would want is for USCIS to open the application for her to apply for DACA,” said Andiola, referring to the U.S. Citizenship and Immigration Services. “Other than that, she’s going to have to seek other ways of being able to stay here with her attorneys.”

Katz said she hopes Jewish organizations keep speaking out for undocumented immigrants who are detained, particularly during the pandemic.

“I think the Jewish voice has been loud around humanity issues happening at the border,” she said. “We need to be louder always.”