Can a shul Zoom the holidays without losing its soul? 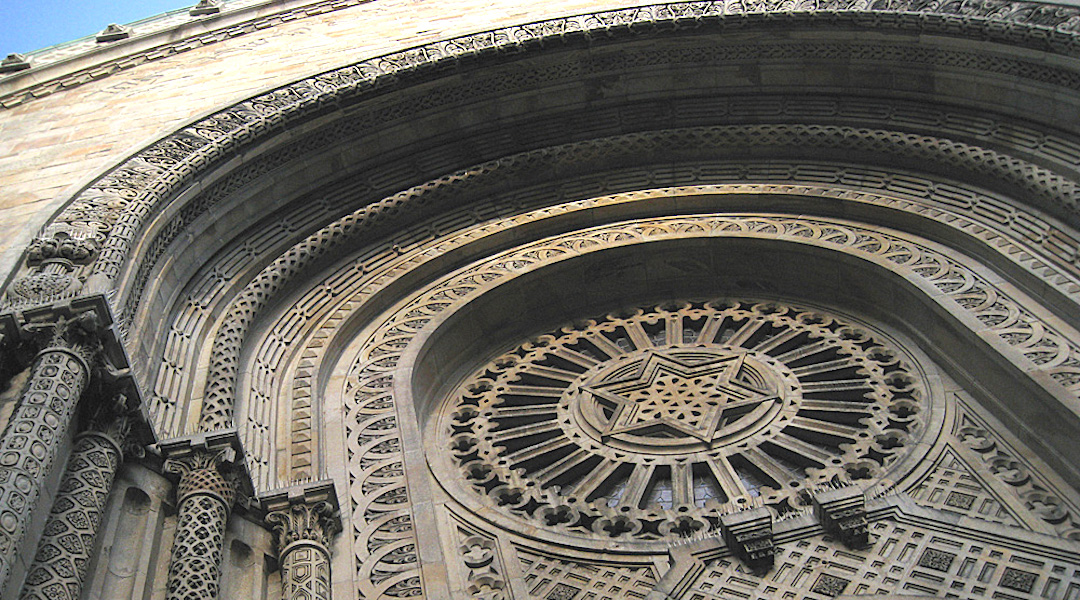 (New York Jewish Week) — The comedian Nore Davis recently said this about performing online vs. in-person: “I need the reaction because the audience is my tool. I always think about, like, stand-up as a player, and the instrument is the audience, you know what I’m saying?”

A lot of rabbis and congregants know exactly what he’s saying. Leading or attending a prayer service isn’t a performance, but it does depend on give and take and sharing energy with the people in the room.

Zoom services have become routine for synagogues since Covid hit. They provide more than an illusion of community: I like seeing the faces of my fellow congregants arrayed on the screen, and feel better having come together despite our physical distance.

But one thing you really can’t do on Zoom is sing together. (The culprit is something called “latency”.) “You see people, you see sometimes even more people on Zoom than a typical service. But you can’t hear them,” Rabbi Rolando Matalon told me. “That is a huge loss: the voice of the community.”

I thought of Rabbi Matalon because his synagogue, B’nai Jeshurun on New York’s Upper West Side, has over the years become synonymous with Jewish prayer as a mass, musical, participatory experience. You’d imagine the lockdown has hit them particularly hard.

Rabbi Matalon and Rabbi Felicia Sol, part of BJ’s rabbinic partnership since 2001 (Rabbi Rebecca Weintraub is the newly appointed assistant rabbi) spoke to me Thursday over Zoom (of course) about their plans for the High Holy Days. Both are confident that they are creating an online experience for their community that, as Rabbi Sol put it, will be “meaningful and deep and where people can take in the prayers and the music.”

The focus won’t just be on the “big three” – Yom Kippur and the two days of Rosh Hashanah – but starting with the month of Elul they’ll hold a series of services and sessions preparing for the High Holy Days through music, text study, art, poetry, literature, and, of course, prayer.

“It’s like a journey, step by step, week by week, prayer by prayer, that can kind of open up a prism to that experience with different lenses,” said Rabbi Sol.

Services will be conducted by a bare minimum of officiants and streamed for people to watch at home, with more intimate “Zoom Rooms” during the intermediate days for schmoozing and learning. Some limited outdoor in-person events are in the works.

Doing all this at a physical distance is a challenge for every congregation, and maybe especially for one that typically draws some 3,000 worshippers at three locations over the High Holidays. (That doesn’t include kids’ services.) “We are very mindful that the experience is very different for people who are used to being in community and now they’re going to be by themselves, with a very small number of members of their household,” said Rabbi Matalon.

For all the strangeness of virtual services, however, “There is a certain amount of intimacy that we can accomplish by being on Zoom in a given moment, and we’re trying to create a lot of steps along the way that will have those kinds of components,” said Rabbi Matalon.

Part of that is merely reminding people about the hugs and other missing social cues, and keeping these very human gestures in people’s minds and hearts.

“For people sitting alone with just immediate members of their household unit, we want to give them a sense that we’re in this together, that we’re united in the music, that we’re all united by the moment,  by the prayer, and by the spirit,” said Rabbi Matalon. “The greatness of the human spirit is that it can transcend space and time.”

Congregants will also have to adjust their expectations – something that has become a habit in the era of Covid-19. “I mean they want the majesty, but they also want the intimacy of feeling close and proximate, and I think we’ve been playing with those kinds of things: How do we give access, when people don’t have access to me in person?” said Rabbi Sol.

Matalon admits he was wary about some aspects of the virtual synagogue, including a broadcast set-up with multiple cameras that demands a director’s decisions about shots and angles. “It is going to be curated and I am very ambivalent about it,” he said. However, “I think it’s going to provide for a better experience for the people at home than just having one static shot. But this is not a performance. We’re not artists or singers. We’re just trying to generate a spiritual experience for people to connect.”

Rabi Sol remembers her ambivalence about leading a bar mitzvah on Zoom, and missing the face-to-face connections that are central to the coming-of-age ceremony. Happily, she said of their first virtual bar mitzvah, “it was beautiful in its way, too.”

“It’s not a question about crossing a red line, but they’re actually competing values about how we celebrate as a community and honor a tradition, and also preserve a sense of Shabbat,” she said.

The coronavirus crisis will end someday, and both rabbis suspect technology will continue to play a bigger role in synagogue life. It’s a boon, for example, for older or differently abled congregants who might have trouble getting to shul, or for engaging people who live far away but still feel connected to BJ.

“We’re really thinking differently about what community means,” said Rabbi Matalon. “It doesn’t mean we’re going to change how much we value the in-person, but I think in terms of outreach, and thinking about who is in our orbit, this certainly has radically shifted our thinking.”