How Jewish socialist summer camp shaped Ron Bloom, one of the men responsible for the Postal Service’s future 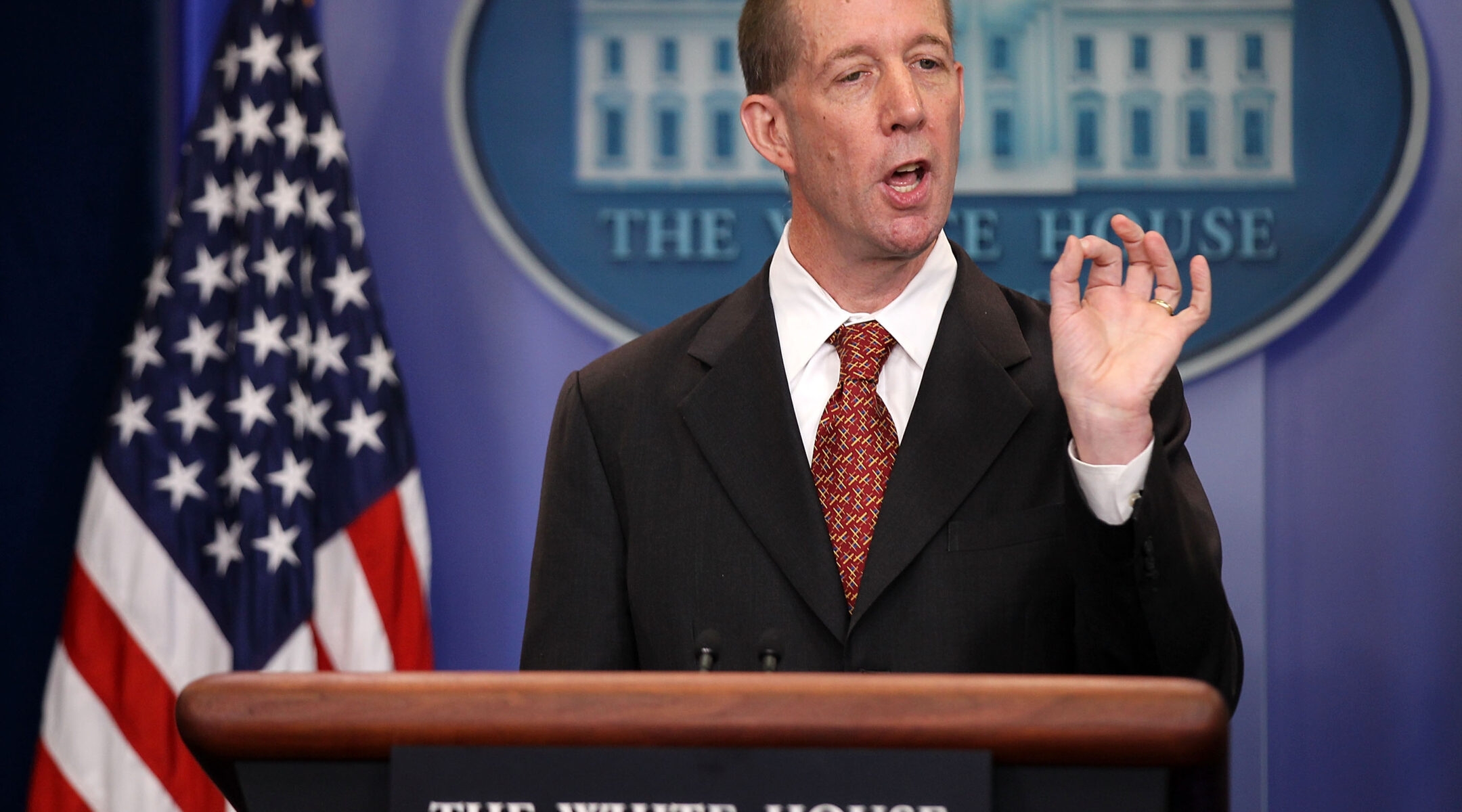 (JTA) — One of the six men with the power to substantially change the direction of the United States Postal Service is a Jewish businessman who says his support for organized labor was heavily influenced by his socialist Zionist summer camp.

Ron Bloom, who steered the nation’s automobile industry through its own crisis a decade ago and now works in private equity, was appointed to the mail service’s board of governors last year. One of two Democrats on the board, his term ends in December.

Bloom told the Jewish Telegraphic Agency in 2009 after becoming Obama’s “car czar” that his upbringing in a Jewish home in suburban Philadelphia and his childhood participation in the labor Zionist Habonim movement had shaped his approach to public service.

“We sang the songs, but it wasn’t about that,” Bloom said at the time. “It was a broader sense of identifying with the underdog, and of observing the world through a lens, through people who don’t have as much and aren’t as lucky.”

Bloom’s perspective on the current crisis around the postal service is unclear. None of the men on the board of governors has spoken publicly in recent days, and Bloom did not respond to a request for comment from JTA.

But it’s likely that his inbox has been inundated with petitions to fire Louis DeJoy, the new postmaster general, and roll back the changes DeJoy put in motion, which included removing mail-sorting machines and mailboxes in some communities.

DeJoy announced on Tuesday that he would suspend further changes until after November’s election “to avoid even the appearance of any impact on election mail.” The about-face comes after days of mounting tensions, during which a list of Bloom and his fellow board members and their contact information circulated on social media among people who were alarmed by the changes and President Donald Trump’s acknowledgment that he hoped to impede mail-in voting for November’s election, despite the pandemic that makes in-person voting risky.

The email address for Bloom on that list is the one for his job at Brookfield, a global asset management company where he joined the private equity division in 2016. But his career has featured many stops outside of the finance industry, as well as an enduring orientation toward organized labor that he has said was inspired by an aunt and great-uncle who were active in unions.

Bloom’s first job was with the Jewish Labor Committee, a group that advances the historical alliance between Jews and unions. In his subsequent work in investment banking, he often represented unions in corporate restructuring efforts.

“He felt he could play a meaningful role of fixing it from the inside,” a colleague from the banking world told The New York Times about Bloom in 2009. “He is a passionate, committed guy, totally idealistic.”

Beginning in 1996, Bloom spent 13 years as an assistant to the president of United Steelworkers, the historic union with more than 1 million members. He left that union to become Obama’s car czar, making deals that The New Republic said made him “the most successful yenta in corporate history,” then briefly worked for the White House on manufacturing policy.

Following a brief stint advising the nation’s letter carriers union about how to to preserve jobs amid pressure at the postal service, Bloom returned to the private sector in 2012.

“What I’ve tried to do my whole career is work on situations where there are multiple stakeholders and the solution isn’t obvious, but if people work together, they get a better result,” Bloom told The New York Times at the time.

Trump nominated him to join the postal service’s board of governors last year, and Congress confirmed his nomination in December.

Bloom became the only board member not to have ties to the Republican Party or Trump’s business interests, according to a CNBC analysis. (Some critics of the board have noted that two years after Bloom joined Brookfield, the company paid for a 99-year lease on a Manhattan office building owned by Jared Kushner’s company in an unusual transaction that relieved acute financial pressure on Trump’s son-in-law’s family business. Nothing in the public record connects Bloom, who is one of 150,000 Brookfield employees, to that deal.) The lifelong Democrat donated to the presidential campaign of Joe Biden shortly after its launch last year.

Six months after Bloom joined the board, DeJoy became postmaster general and rapidly set to work rolling out changes that he said were meant to increase efficiency. Postal carriers say the effect has been to slow down mail delivery at a crucial moment.

This week, as the nation’s Democratic leadership responds to the postal service crisis, some lawmakers are asking the board to roll back DeJoy’s changes, while others are calling for an investigation of the board’s role in facilitating DeJoy’s decisions. In suspending further changes, DeJoy did not say whether he would roll back any that had already been made.

“Multiple media investigations have shown that Postmaster DeJoy and the Board of Governors have retarded the passage of mail,” two Democratic congressmen, Ted Lieu of California and Hakeem Jeffries of New York, wrote in a letter to the FBI on Monday. “If their intent in doing so was to affect mail-in balloting or was motivated by personal financial reasons, then they likely committed crimes.”

DeJoy will testify before Congress this week, and it is possible that Bloom and his fellow members of the board of governors could follow suit.

Bloom described a different appearance before a congressional panel in a 2014 essay defending a colleague who had been nominated to join the U.S. Treasury. In the essay, published in Politico, shared the answer he said he gave when asked whether a career working for labor unions would compromise his ability to advocate for the public interest.

“In my time at Treasury and the White House I worked with hundreds of people who came from all kinds of backgrounds,” Bloom wrote. “And while we had spirited debates about almost every issue that came up, I can honestly say that I found nary a one who could not have answered the question put to me the same way that I did — that I came to Washington to serve my country, that my prior experience had provided me with relevant knowledge, experience and expertise and that I hoped that I would be judged accordingly.”