When Torah Asks Us to Take a Leap of Faith

This week’s parsha, Ki-Teitzei, features a list of diverse interpersonal relationships and their related commandments. The list is broad and includes female prisoners of war, parents and children, husbands and wives, property owners’ responsibilities, and fair adjudication over matters of labor issues, as well as protections of the rights of the widow, orphan and the stranger.

Some of the commandments have us nodding in agreement while other passages may challenge our sense of fairness and justice. However, amidst the myriad of laws on interpersonal relations, the Torah includes two passages relating to shilu’ach ha-kan, the commandment that requires one to scare away the mother bird before removing her young birds or eggs, the rewards for which is a long life (Deut 22:6-7). Longevity is also the reward for honoring one’s parents.

These two precepts are the only ones in the whole Torah that include a reward.

The placement and purposes of these verses raises some curiosity.  There are a number of speculations that try to rationalize the purpose of this mitzvah that range from showing compassion for the mother bird, a nod towards our own ethical values, as well as an acceptance that this commandment is a Hok, a law for which the reasons cannot be  knowable to us. To this day, I know many people who seek out the opportunity to fulfill this commandment both because of its unusualness as well as because of the reward associated with it.

When the rabbis in the Babylonian Talmud (Kiddushin 39b) discuss the cause of Aher’s (also known as Elisha ben Abuya) rejection of his own faith, they describe an incident where Aher witnesses a boy falling to his death. The son had climbed up the roof at the request of his father to complete the mitzvah of shiluach hakan. Elisha ben Abuya, unable to comprehend how tragedy could befall someone who was doubly guaranteed longevity per the Torah’s promise, becomes a heretic. (In another passage in the Talmud, Chullin 142a, the rabbis explain that Elisha ben Abuya should have understood that the reward of “extending one’s days” applied only  to the World to Come.)

Why is it worth mentioning the story of Aher/Elisha ben Abuya? To be clear, he was a complex character who lived at the center of a number of unusual stories that led to or reinforced his apostasy. (If you aren’t yet familiar with this Talmudic figure, it’s worth taking the time to research him.) While it can be argued that so many of the other laws in Ki-Teitzei create the underpinnings of a blueprint for a relationship-based society, which despite a hierarchical system also includes a strong sense of fairness, justice and consideration for the other, by including the mitzvah of shiluach hakan the Torah also implies that in this legal system, one has to take a leap of faith to hold it all together.

The inclusion of the mitzvah of shiluach hakan implies that within this legal system, leaps of faith are needed to hold society together.

But what of those who lose their faith? What of those who witness or experience something so terrible, a trauma compounded because it is the exact opposite of God’s promise?  As demonstrated by the rabbis of the Talmud, Elisha ben Abuya’s existence is cemented in our texts. He is not erased, but renamed. “Aher” means “other one.” In other texts, his name is also read as “Ahor” (backwards) because he turned his back on the law. When Elisha Ben Abuya dies, Rabbi Meir and Rabbi Yohanan debate whether his soul belongs in heaven because of his immense Torah knowledge, or if he should be relegated to hell because of his sins. Ultimately, Rabbi Yohanan’s soul atones for Elisha’s sins and he is released from Hell to Heaven. Finally, Elisha’s daughter admonishes Rabbi Yehuda HaNasi to remember her father’s teachings, even if it means rejecting his deeds (BT, Hagigah 15b).

Redemption for Elisha Ben Abuya is not only possible, it is promised, and made evident to those who disparaged him.

This parsha is always read at this time of year, in the weeks before Rosh Hashana. The month of Elul is traditionally a time of introspection, a  month-long moment best used  to assess our spiritual selves and take steps necessary to amend difficult or broken relationships. In these unprecedented times, this pandemic has created enormous challenges to individuals, families, and communities at large. The threat of continuing health concerns and loss of life, loss of income, disrupted schedules, continued distancing, halted travel, and overall instability are feeding frustrations and contributing to higher levels of anxiety. People’s patience is waning and frustrations are coming to the fore quicker and with more virulence. It’s enough to shake our own faith in the systems and safety nets that we have relied on and that have supported us.

But above all, we need empathy for those who have endured some of the worst hardships during this time.

Even when abiding by all the rules of law there will always remain the unknown that may shake our faith in its entirety.

Will we maintain faith in those around us? In the systems that are in place to care for us? Will we continue to maintain empathy for others even in a time when our own fears may be overtaking us? And how will our communities remember us if we fail? 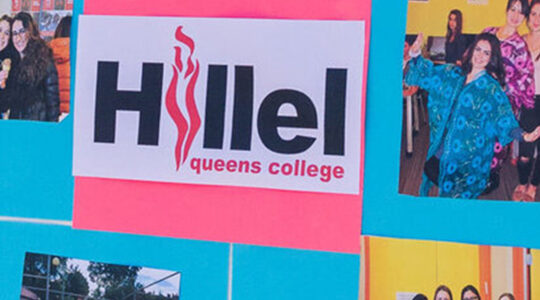