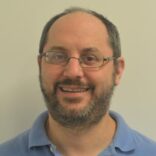 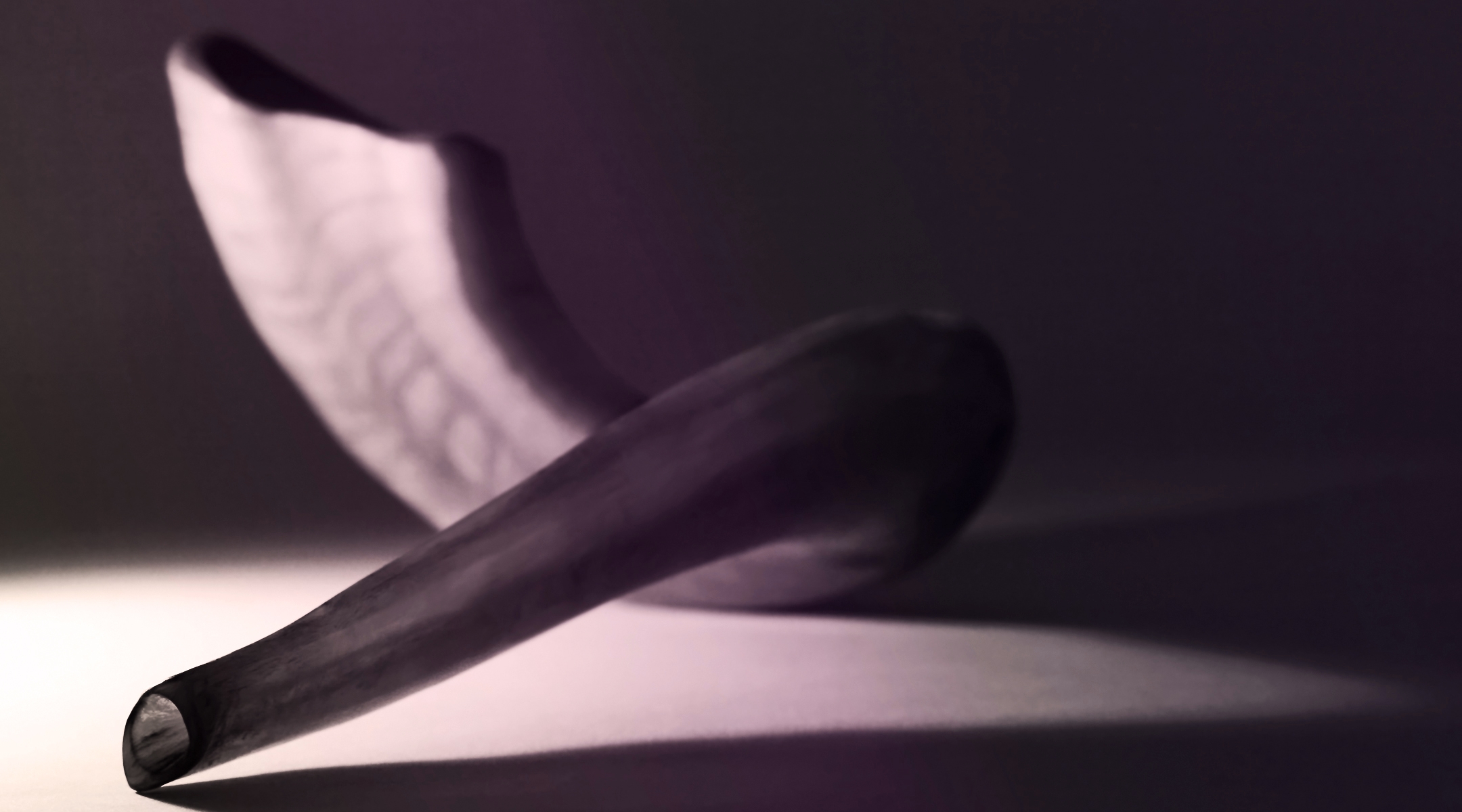 A shofar, traditionally blown by Jews during the month of Elul and on Rosh Hashanah and Yom Kippur. (Getty Images/JTA montage)
Advertisement

(JTA) — My father died two years ago, two days before Rosh Hashanah. My sister Laura, my aunt Judy and I had flown out to Palm Springs a few days before to be at his bedside. Along with my dad’s partner, Tony, we were with him when he passed.

With Rosh Hashanah so close, there was no time for our spouses and children to come out for the funeral. We buried him on Sunday in the 112 degree heat.

When shiva, the traditional week of mourning, coincides with a major holiday, the shiva is cut short. So my father’s shiva consisted of me sitting on the floor for about 30 minutes before getting up to start preparing for the holiday.

My sister, my aunt and I spent the holiday in my dad’s house. Tony, who is not Jewish but is family now, stayed at his own separate home where he hadn’t slept in months because he had been with dad around the clock. Even so, he helped prepare brisket — Tony is a professional chef — and joined us for the meals.

While a local rabbi, a friend of a friend, presided over the funeral, my father’s house was located too far away from any synagogue to walk, especially in the desert heat. As an Orthodox Jew, I don’t drive on the Jewish holidays or Shabbat. So for the first time in my adult life, I did not daven with a community on Rosh Hashanah.

I had come prepared for this eventuality, with a machzor, tallis and a small shofar. My sister and aunt are less observant than I am, so I mostly prayed alone.

I sat in dad’s beautiful zen garden, facing slightly away from the Buddha statue but still to the East. The Buddha knew something about human suffering. But I wasn’t praying to him. The mountains were behind me to the West. In the Rosh Hashanah liturgy, we say “From the valleys I cry out to you.” But mostly I just plain cried.

My sister was supposed to sing Avinu Malkeinu at her temple that day. Instead she sang the haunting Streisand version at the funeral, playing the music on her phone to accompany her. Her rendition resonated in my ears.

I watched the hummingbirds make fleeting visits to drink sugar water nectar from their feeder.

I invited my sister and aunt outside in the relatively balmy 106 degrees for shofar. They were game for that. Laura called out the notes.

I managed to get out a sound, but I have no idea whether I did it right. I don’t know if my little shofar was kosher. I also knew it didn’t really matter in the grand scheme of things.

It was just what a shofar is supposed to be: a chaotic, helpless wail. 100 blows. To the gut.

You are not really supposed to recite the extended Amidah prayer by yourself, but who was to stop me or deny me unetaneh tokef? “On Rosh Hashanah it is written … Who will live and who will die.” The death that we were fearing had already happened. How do I relate to that? My dad’s fate was sealed for last year, but he held out to the bitter end of that verdict.

I hummed the most haunting verses in Jewish liturgy: “Man is like a pot that breaks, grass that withers, a flower that fades, the shadow that passes, the cloud that vanishes, the breeze that blows, the dust that floats, the dream that dies away.”

I finished in about two hours. There was only us. No Kaddish. Were we to chant the beginning, there would be nobody to answer. His great and blessed name is proclaimed everywhere and forever. Except here and now.

We had lunch. We looked at pictures. We read. We cried.

Day 2 of the holiday was the same. Except I know that Laura flew home that day.  There was a hurricane on its way to North Carolina. She had to go to be with her husband and kids. I was even more alone. I left for home the next day.

I thought I would never have to spend Rosh Hashanah without a community again.

But my experience was a preview of the broader experience of 2020 America. All of America is mourning this Rosh Hashanah. Dad devoted his life to activism and fighting AIDS, the plague of his generation and his community. Now we are all fighting a new plague and the same old injustices amid it.

We are in mourning for nearly 200,000 of our fellow citizens. Many in the Jewish community are saturated with grief. The ranks of those saying Kaddish have swelled. But they often can only say it on Zoom rather than publicly in person.

Like mourners, we have all spent long periods of time not leaving the house. Many have stopped shaving, getting haircuts, buying new clothes or going out to hear live music. We are all grieving.

We are all separated from our communities, if not by blocks or miles, then at least by 6 feet and masks — and by warranted mutual fear and caution.

I spent the last several months in committee meetings trying to figure out how we can pray together safely. This year, my synagogue is meeting outside, 8 feet apart, for only two hours. Not only will we all be masked, but we are putting a mask on the shofar and blowing it from 25 feet away.

It is insane what we have to do. And it is also the only sane thing. And it is not enough.

Some of us are willing to risk praying together in person. Some of us are not. My community takes the risks seriously. So we may not get a minyan.

But I, for one, need to try. Because it was both not enough and too much — too hard, too raw, too sad — to pray alone.

While it is true that man is like “the shadow that passes, the cloud that vanishes,” so, too, are our historical moments. Only God abides forever. These days of dark shadows, of storm clouds, of harsh winds and of nightmares shall subside. The year is floating away like dust and a new one is upon us, with its potential for renewal and sweetness. May we all be inscribed in the Book of Life.

Brian Sokol
lives in Somerville, Mass. with his wife and three children.
The views and opinions expressed in this article are those of the author and do not necessarily reflect the views of JTA or its parent company, 70 Faces Media.