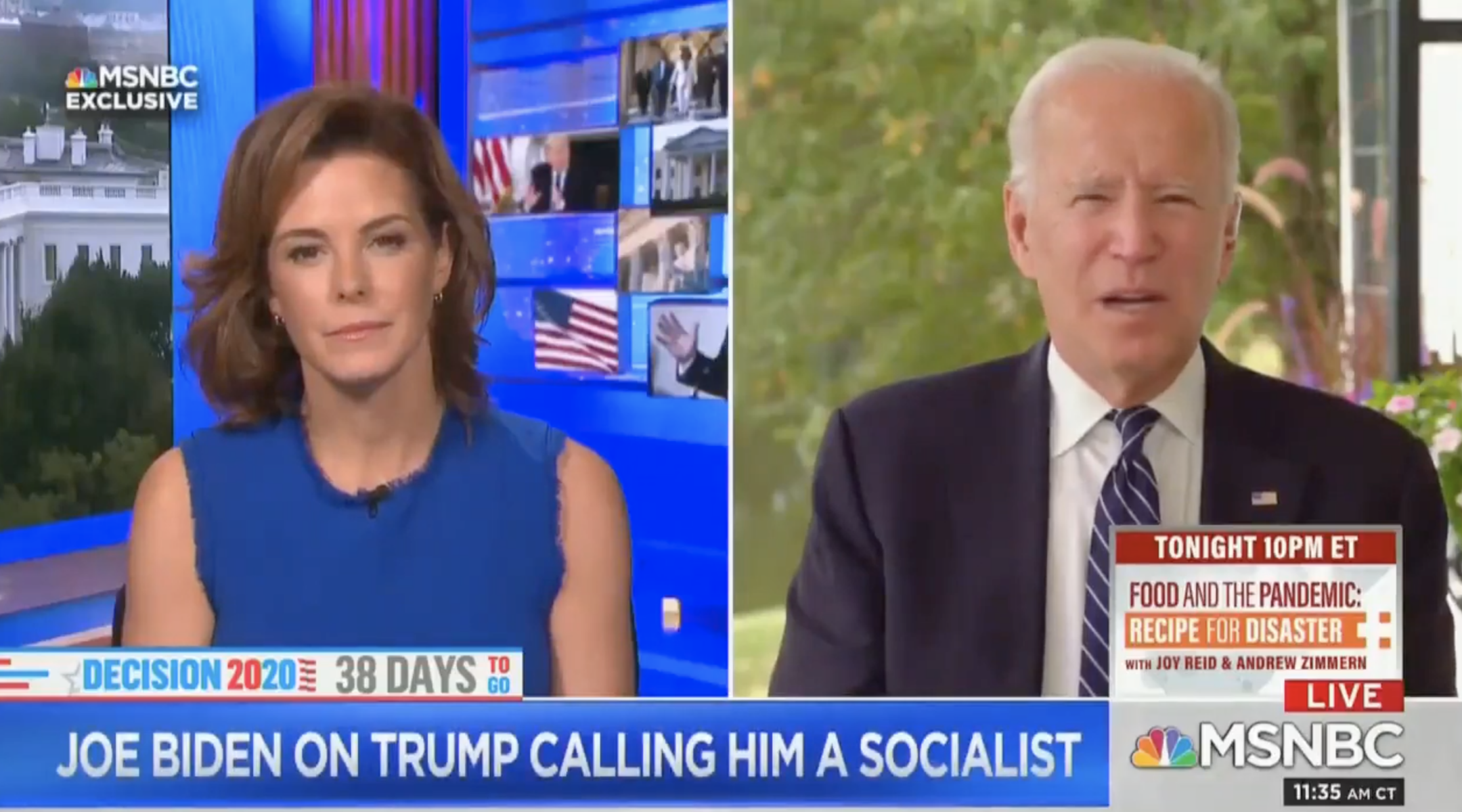 (JTA) — Democratic presidential nominee Joe Biden compared Donald Trump’s rhetoric to that of Joseph Goebbels, the Nazi propagandist whose work was crucial to fueling the rise of Hitler and the Holocaust.

Biden made the comments Saturday during an interview on MSNBC, when host Stephanie Ruhle asked how he would confront repeated false claims by Trump that Biden is a socialist or pushing a socialist agenda.

Biden responded by saying he was not sure it would be possible to sway a Trump voter who has come to believe that message from the president.

But his new comment comes amid escalating rhetoric involving Nazi comparisons during the presidential race. Trump’s critics are increasingly employing Nazi comparisons against him, especially amid bipartisan backlash against his repeated claims that the election will be illegitimate if he loses, and his refusal to ensure a peaceful transfer of power.

At the same time, a fringe of Trump supporters, including some Republican officials, have accused Democratic politicians of Nazi-like behavior in confronting the COVID-19 pandemic. Some of them have later apologized.

For decades, the Anti-Defamation League and other Jewish groups have criticized politicians and other public figures, including Trump, for invoking Nazi comparisons, arguing that they cheapen the memory of the Holocaust and coarsen public discourse.

The Anti-Defamation League did not immediately provide a comment about Biden’s remarks Sunday.

The Republican Jewish Coalition called on Biden to retract and apologize for his remarks.

“The rule in debate is that if your only argument is to call your opponent a Nazi, you have no argument at all,” RJC Executive Director Matt Brooks said in a statement. “Instead of engaging in a debate on policy, Joe Biden has descended to name-calling and Holocaust references. … There is no place in political discourse for Holocaust imagery or comparing candidates to Nazis.”

Trump himself has made Nazi comparisons multiple times, including this year in his July 4 speech when he suggested that his efforts to quash “the radical left, the Marxists, the anarchists, the agitators, the looters, and people who, in many instances, have absolutely no clue what they are doing” were akin to the United States’ defeat of the Nazis. He has also praised right-wing figures, including Rush Limbaugh and Alex Jones, with long records of painting people on the left as Nazis. And his campaign has accepted donations from a neo-Nazi leader.