In a repeat of the spring, yeshivas in Brooklyn are operating despite school closure mandate 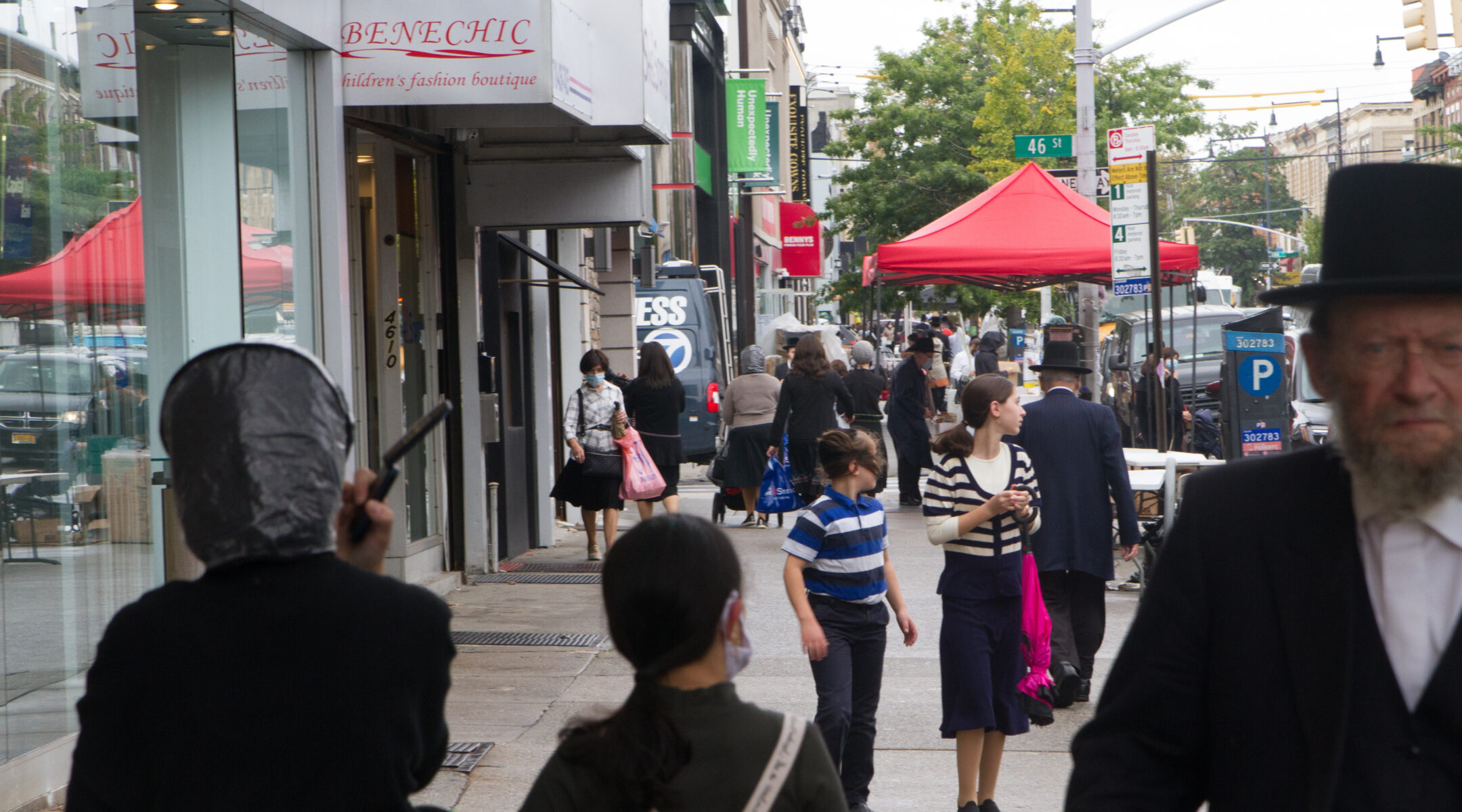 (JTA) — Schools in New York’s “red zones,” or the areas identified by New York State as COVID hotspots, are supposed to be closed right now as the state and city governments try to stop the spread of the coronavirus in those areas.

But in the Orthodox Jewish community in Borough Park, at the center of Brooklyn’s red zone, that’s not actually the case, according to people who live and send their children to school there.

The defiance of rules meant to stop the spread of the coronavirus — which local leaders had vowed — sets the stage for yet another clash between the community and city and state authorities over the handling of the pandemic. It is also fueling an ongoing conflict between New York Gov. Andrew Cuomo and New York City Mayor Bill de Blasio over how aggressively to enforce COVID rules.

And it means that many children who actually live in the hotspots are in school, while children who attend public schools located inside them but live in areas with relatively low infection rates are not.

Back in May and June, some Hasidic yeshivas quietly reopened despite rules keeping schools in all of New York closed. That pattern repeated itself this week when yeshivas in Borough Park reopened immediately after the Sukkot holiday, even though Cuomo had ordered schools in the area to remain closed.

Just as in May and June, some of the Jewish schools are deploying stealthy techniques to disguise the fact that they’re operating. But some say the community’s schools have reopened without attempting to hide it at all, with school buses driving around the neighborhood picking up and dropping off children at area schools as though nothing had happened.

In an innovation, some schools are claiming to be child care centers, which reopened with restrictions in New York in July and were not affected by last week’s closure order. De Blasio said Thursday that ambiguity over whether that is allowed has impeded his administration’s efforts to enforce the closure orders — though Cuomo said Wednesday that such a switch is clearly not permitted.

It’s not just schools that are defying the rules. A photo circulated on WhatsApp Tuesday showing a sign posted to the front of a business in Borough Park. “We are closed!” the sign said, listing a phone number for appointments and pickup. But in Yiddish, the sign gave another message: Enter through the side door.

One father whose children attend several Orthodox schools in Borough Park said students are given a short window of time in the morning to arrive at school and in the afternoon to leave, apparently to minimize the amount of time students are seen entering and exiting the building. When inspectors arrived at one school, the father said, students were brought to one part of the building while the inspectors were shown the parts of the building that were empty.

A teacher at a girls’ school in Borough Park said the school was saying it could operate as a daycare center, even though it enrolled older students and was continuing its regular instructional program. She said few precautions are being taken within the building to prevent the spread of the coronavirus.

“No one wears masks in the building, and not only is there no social distancing, but there is what anyone would call overcrowding under normal circumstances,” she said, though she added that students are told to wear a mask on a necklace around their neck in case of an inspection.

The teacher lamented the lesson that the defiance sends to students. “They are raising an entire generation to believe that they are above the law, and that illegality can be embraced and all you must do is outsmart the non-believers who aren’t as smart or holy as us. This is not the Jewish way,” she said.

Officials at New York City’s health department did not respond to repeated questions Tuesday and Wednesday about how many inspections had been conducted and what they had found.

Scrutiny appears unwelcome. On Wednesday afternoon, a crowd gathered in front of a yeshiva in Borough Park and tried to block a journalist from speaking with people at the scene. “Get the fake news out of there,” one man can be heard yelling in a video of the scene posted to Instagram by BoroPark24, a local news outlet. “You anti-Semites, get out! We don’t need you here!” yelled another man in the video.

Heshy Tischler, the leader of last week’s protests against new COVID restrictions in Borough Park who was charged with inciting a riot and unlawful imprisonment after he led a mob in surrounding another journalist at a protest last week, arrived on the scene a few minutes later to cheers.

One parent in the neighborhood told Gothamist that the presumed lack of enforcement meant the schools felt they could get away with it.

“It doesn’t look like the government is planning to do any enforcement, so they’re not too worried,” the parent, whose six children were back in school, told the New York City news website. “It’s not like the mayor or governor don’t know what’s going on. They don’t want to do anything about it.”

But on Wednesday, Cuomo signaled that he was serious about imposing consequences on schools that violate the closure order. During a press conference, he threatened to withhold funding from schools that operate in violation of the orders. (Private schools receive state funding to support an array of services, but they are not fully state-funded.)

Cuomo suggested — without explicitly saying it — that de Blasio and other local leaders might be soft-pedaling enforcement of the closure orders for political reasons.

“The enforcement from the local governments is very uneven especially when it’s politically sensitive. And that’s what we’re running into with a lot of these ultra-Orthodox communities, who are also very politically powerful, don’t kid yourself,” Cuomo said Wednesday.

In the Brooklyn red zone, which encompasses a number of Orthodox Jewish neighborhoods in South Brooklyn, the positivity rate for Oct. 13 was 6.43%, according to the governor’s office. In New York City, schools across the city automatically close if the rolling 7-day average COVID test positivity rate exceeds 3%.