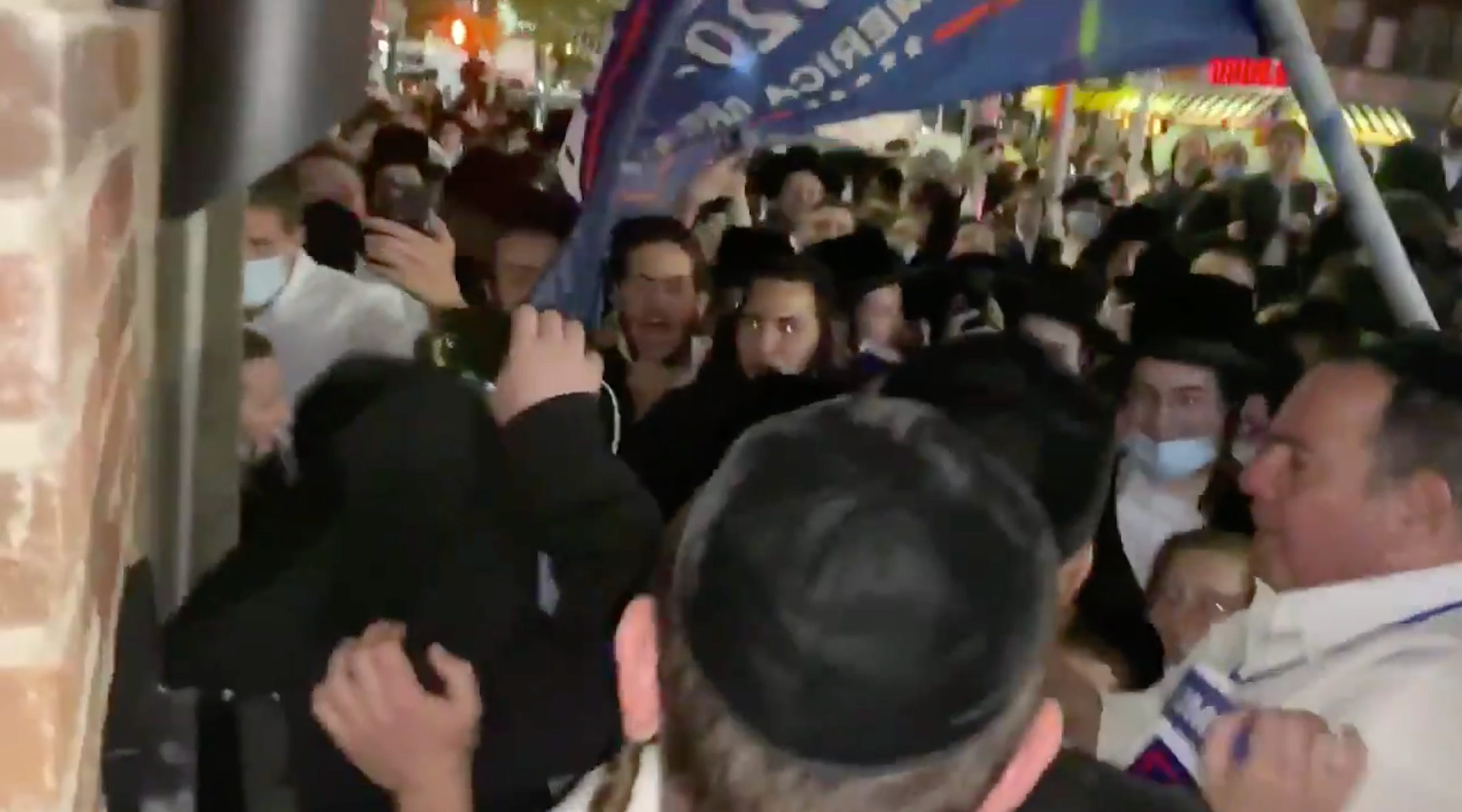 Trump signs featured prominently at the Brooklyn protest in which Heshy Tischler, a protest leader, cornered a reporter he accused of being a "moser." (Screenshot)
Advertisement

(JTA) — There may be virtually no chance that Donald Trump could win New York State in the presidential election.

But that’s not stopping his Orthodox Jewish supporters from coming out to show their support.

This Sunday, at least four pro-Trump rallies are being organized in Orthodox Jewish communities across the New York area this Sunday. In the more Modern Orthodox communities in Long Island’s Five Towns, in Brooklyn Marine Park, in Rockland County’s Monsey, and in a number of Brooklyn neighborhoods in a car parade, Orthodox fans of the president are planning a major show of support in the final stretch of the campaign.

This Sunday’s Trump rallies come after weeks of tensions in Brooklyn’s Orthodox neighborhoods over new restrictions imposed on the neighborhoods due to rising COVID-19 cases. At one protest against the restrictions earlier this month, young men carried Trump 2020 flags and signs.

A fan account for Heshy Tischler, a leader of the protests, promoted one of the pro-Trump rallies on Twitter. Other events were promoted in WhatsApp groups that were originally formed to spread information about Tischler and those protests.

At one event in Brooklyn’s Marine Park, Boris Epshteyn, an advisor to the Trump campaign and co-chair of Jewish Voices for Trump, will be speaking alongside Dov Hikind, the former state assemblyman who represented Borough Park for over 30 years. Hikind this week announced that while he did not vote for Trump in 2016, he plans to this year.