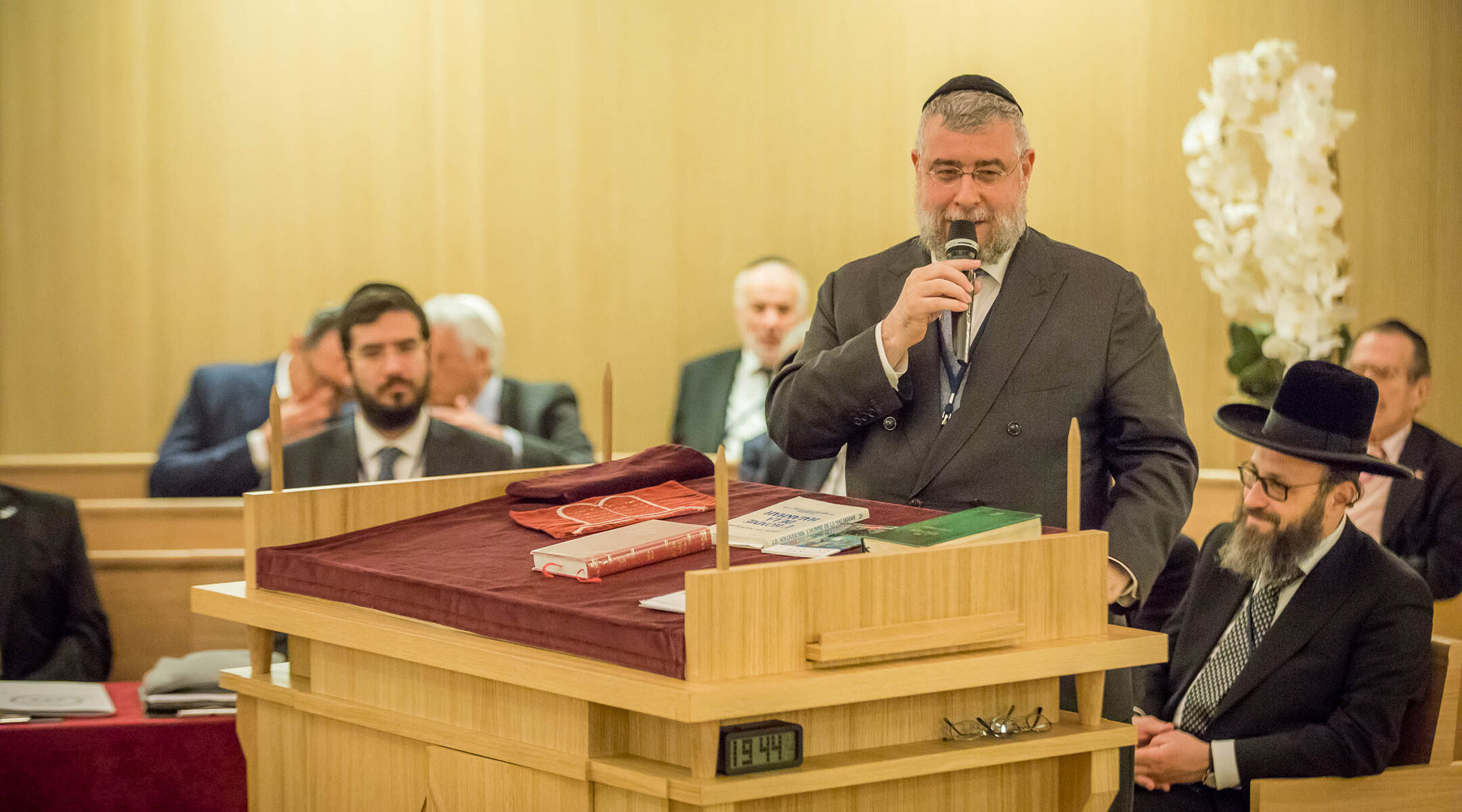 (JTA) — Following a suspected terrorist attack that left four dead in Vienna by a shooter who reportedly shouted “Allah,” European rabbis made an unusual appeal for more “control and transparency” over what goes on at mosques across the continent.

“It is important to know what is being preached in mosques and other places of worship over here, by whom they are financed, what foreign influences are promoting such terrible deeds and how social media serve as a vehicle for this,” Rabbi Pinchas Goldschmidt, president of the Conference of European Rabbis, wrote Tuesday in a statement, which also spoke of shock and sadness at “this cowardly act of terror.”

The appeal came as police in Austria were searching for any possible accomplices of the 20-year-old man who authorities said was part of a possible synchronized terrorist attack Monday night at six locales of downtown Vienna. Police shot the man, a dual Austrian and North Macedonian citizen who reportedly had shouted about Allah while shooting, killing him at the scene of the first shooting. Four victims have died and 22 were wounded.

“Here we need much more control and transparency. Religious leaders must be trained and certified here in Europe. They must show their loyalty to the laws that apply here. They must commit themselves to peace and tolerance,” Goldschmidt said.

Initial reports stated that at least one of the shootings was aimed at a synagogue but Vienna’s police department and the leader of its organized Jewish community said there was no clear indication this was the case.

While vocally opposed to what they term radical Islamic terrorism, mainstream Jewish groups rarely call publicly for intervention at houses of worship or specify how European governments should supervise clergy.

Goldschmidt’s call follows an uptick in violence in France, which has included a shooting at a church in Lyon, France, on Saturday and the murder near Paris last month of a history teacher who had showed his students cartoons of the Islamic prophet Muhammed.

Macron has stood by his plan, which he has called radical and has earned him fierce protest from Muslim-majority countries such as Turkey.

But the Conference of European Rabbis says Macron’s plan “falls a little bit too short,” a spokesperson for the Jewish group told the Jewish Telegraphic Agency on Tuesday.

In their statement about the Vienna attack, the Conference urged Macron and others to stipulate that clergy be trained and certified in Europe, and “controlled.” It did not specify what they mean by clergy control.

“Our proposals are an addition to combat extremism effectively. With that we want to go into more detail and address the causes,” the spokesperson said.