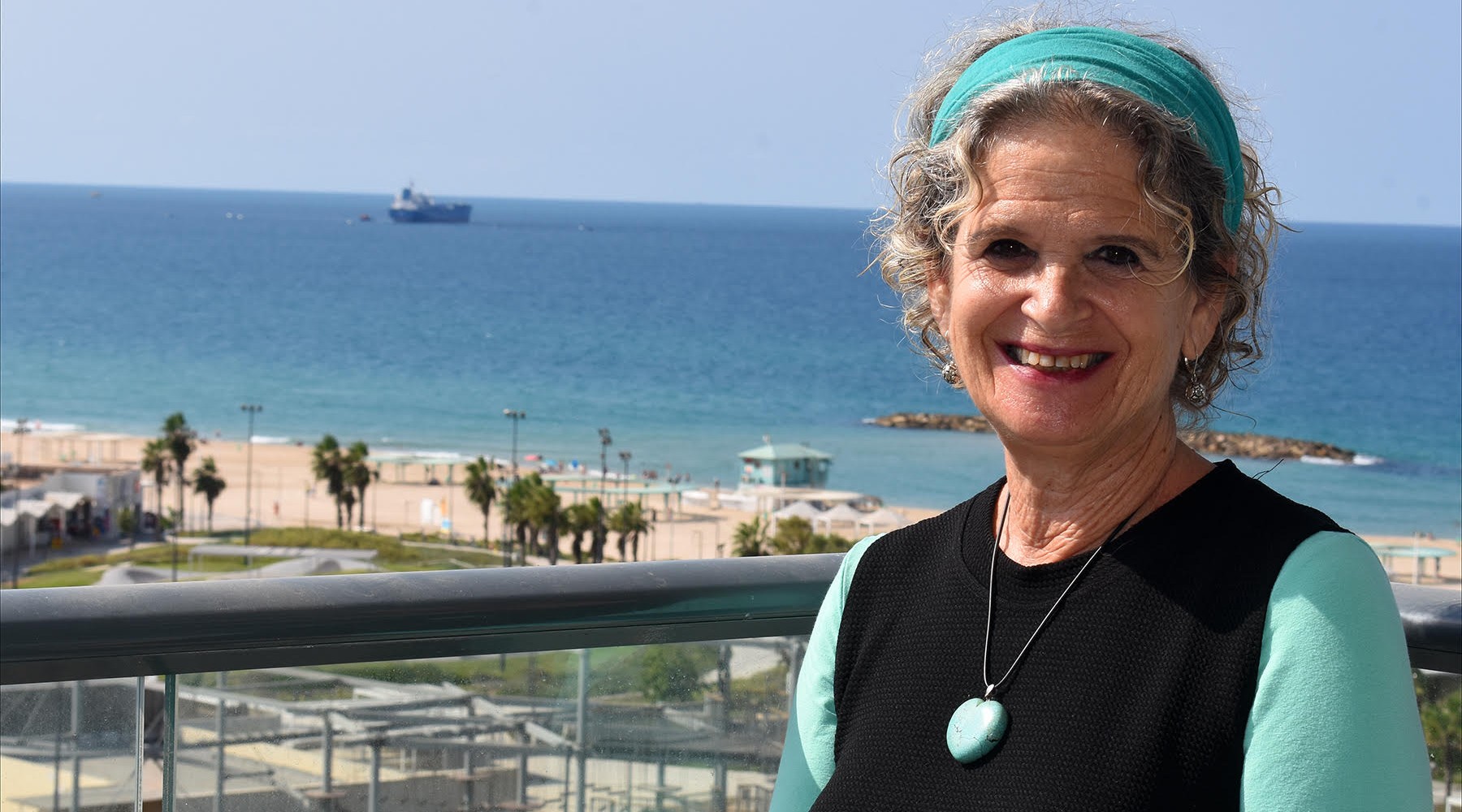 Debbie Gross founded the Tahel Crisis Center for Religious Women and Children to address what she considered rampant child sexual abuse in the Orthodox neighborhood of Jerusalem where she once lived. (Larry Luxner)
Advertisement

ASHKELON, Israel — Not long ago, an 18-year-old girl from a haredi Orthodox family in Jerusalem anonymously called a hotline for victims of sexual abuse, suspicious that her father was molesting her 10-year-old sister.

Representatives of Tahel, a crisis center for Orthodox women and children, reached out to the mother and escorted her and her two daughters to the police. The father was arrested, convicted and sent to prison.

In another case, three Orthodox men in their late 20s approached Tahel after a Jerusalem psychologist they had consulted for so-called “conversion therapy,” which claims to reverse homosexual urges, had emotionally, sexually and financially abused them.

“This case would have been closed by the police, but we kept pushing it,” said Tahel’s founder, Debbie Gross. “That man is now sitting in jail.”

Gross, 64, has been running Tahel since she founded the center in 1993, when simply talking about sexual abuse within Israel’s highly insular Orthodox community was even more taboo than it is today.

“I spent a lot of time that first year going from rabbi to rabbi. In public, they would say there was no sexual or domestic abuse,” Gross said in a recent interview at her Ashkelon apartment overlooking the Mediterranean. “It took the Orthodox community a long time to realize the depths of the abuse. They considered it a ‘chilul Hashem’ — that if you say something bad about a religious Jew, it’s like you took the Torah and rolled it in pig manure.”

Today, Tahel not only maintains a 24-hour hotline for women and children facing any type of crisis, but also escorts sexual abuse victims to the police, hospitals and through the court system. In addition, Tahel offers culturally and religiously sensitive workshops in haredi schools aimed at preventing abuse.

“We use language these children know, and we don’t expose them to anything that would be considered forbidden in their world,” said Gross, who also has pioneered programs on sexual abuse for traditionalist communities in Johannesburg and in the East Indian community in Australia.

“Instead, we explain that not everybody is nice and good, and that’s why it’s a mitzvah to protect yourself,” Gross said.

In addition to its work among the haredim, Tahel also does trainings, runs post-trauma workshops and develops safety protocols for businesses, workplaces and schools throughout Israel. Last month, it ran a course for five local high-tech companies, including a medical equipment manufacturer and several digital software firms.

Gross was born in Syracuse, New York, and grew up in New England. She attended Barnard College in New York City, immigrated to Israel in 1978 and studied developmental psychology at the Hebrew University of Jerusalem.

The idea for Tahel took shape around Gross’s kitchen table in 1992 after she and two other women decided that something had to be done about what they considered rampant child sexual abuse in Har Nof, the Orthodox neighborhood of Jerusalem where they all lived. Israel had rape crisis centers, but few Orthodox Israelis turned to them. With their unique cultural background, Orthodox Israelis needed a different kind of approach, the women believed.

“These women are afraid they’ll be shunned by the community, and that it’ll be harder to make shidduchim [matches] because nobody wants to deal with families that have problems,” Gross said. “Before we opened our center, people still believed that nice Jewish men don’t hurt their wives.” While the rate of abuse among Orthodox and secular Israelis are about equal, there are some important differences, according to Gross. Orthodox Jews are more reticent to turn to outsiders for help, including the police. Orthodox boys are more at risk than in the secular world because in the sex-segregated haredi society, there are many more opportunities for men to be alone with boys.

“A lot of our work now is just convincing people to go to the police,” Gross said.

About three-quarters of the time — among both religious and secular Israelis— sexual abusers are related to their victims or known to them.

“Kids know not to go with strangers, but ‘stranger danger’ is no longer the only message we need to teach our children,” Gross said. “They must learn not to go with anyone without their parents’ permission.”

Since Tahel began its work — first in a basement at Jerusalem’s Shaare Zedek hospital and since 2003 at offices in Jerusalem’s Talpiot neighborhood — sexual abuse in the religious community has gotten worse, but awareness of the problem has improved, according to Gross.

“They’re letting us into the schools and taking it very seriously,” she said of Orthodox leaders. “Over 27 years, we’ve built up a name in the community that’s respected professionally and religiously. Today, more and more rabbis are cooperating with mandatory reporting. The haredi community has made more progress than anyone in the area of sexual abuse prevention.”

Earlier this year, Gross was selected, along with five other American immigrants to Israel, to receive the 2020 Sylvan Adams Nefesh B’Nefesh Bonei Zion Prize. Awarded annually by Nefesh B’Nefesh, the organization that works on immigration to Israel from North America and the United Kingdom in coordination with the Ministry of Aliyah and Integration, the Jewish Agency, KKL and JNF-USA, the prize recognizes outstanding Anglo olim and their contribution to Israel.

“The individuals receiving this year’s Bonei Zion Prize are shining examples of the impact one can have on an entire field of study and practice, and they give us great hope for the future of Israel,” said Rabbi Yehoshua Fass, co-founder and executive director of Nefesh B’Nefesh. “As we are all grappling with so much national and global turmoil, it feels especially meaningful to pause and recognize these incredible olim.”

Tahel, too, has been grappling with the pandemic. Due to financial pressures, the nonprofit – which receives funding from several American Jewish foundations, federations and organizations, as well as the Israeli government — had to let go of two of its six employees. At the same time, pandemic lockdowns have exacerbated the problems of abuse, leaving victims stuck at home with their abusers under circumstances that are more stressful, and more dangerous, than normal.

The organization runs five support groups for victims of sexual abuse or violence via Zoom, and plans to open a WhatsApp hotline for victims afraid to make actual phone calls.

Once the pandemic subsides Gross, who has six children and 18 grandchildren, hopes to resume traveling overseas, sharing her expertise with colleagues around the world.