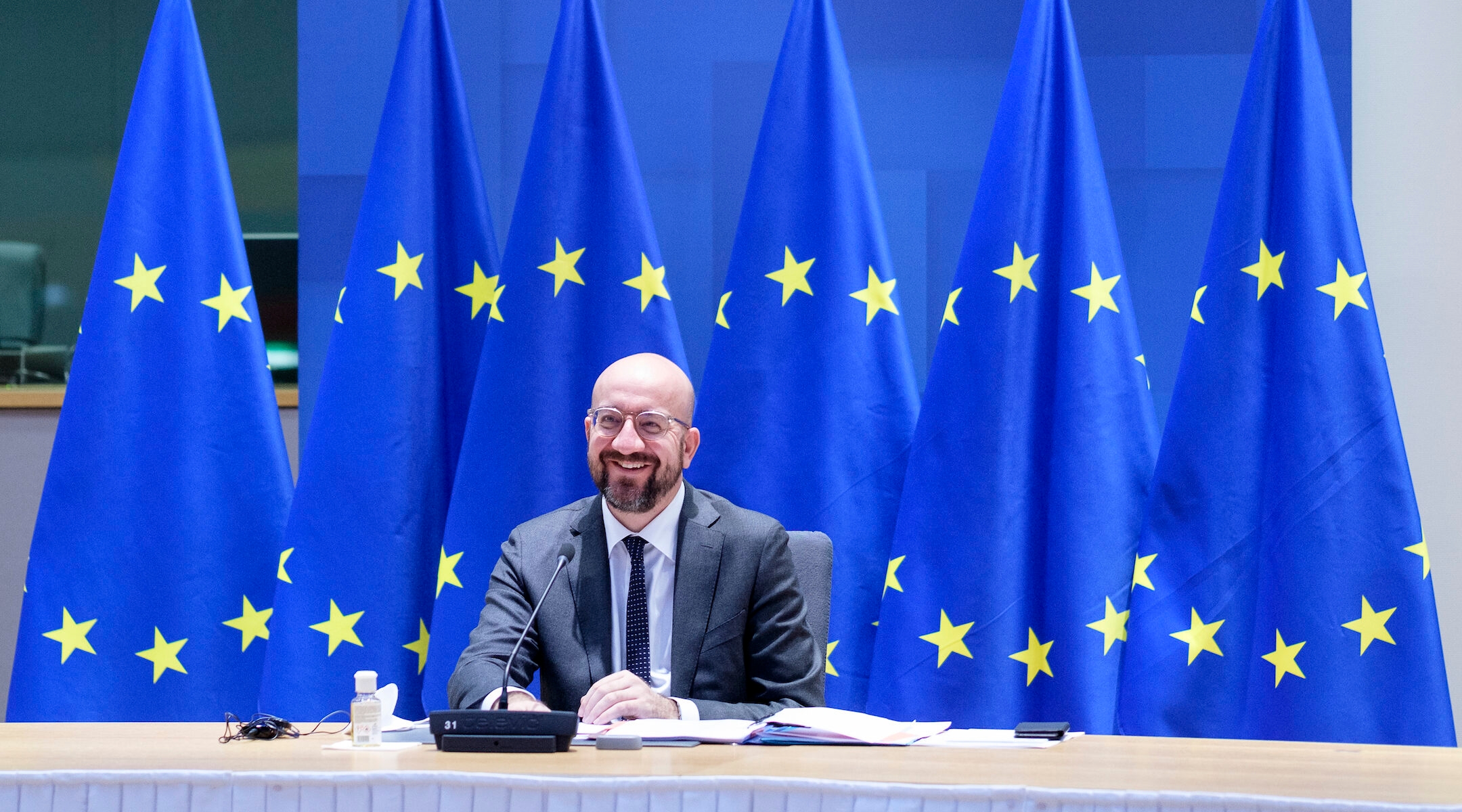 President of the European Council Charles Michel attends a virtual meeting with the leaders of Italy, Latvia and Luxembourg in the Europa, the EU Council headquarters, in Brussels, Dec. 2, 2020. (Thierry Monasse/Getty Images)
Advertisement

(JTA) — The Council of the European Union, which is a key driver of EU policy, “invited” all the bloc’s 27 members to adopt a definition of anti-Semitism that includes anti-Israel vitriol.

The invitation to adopt the International Holocaust Remembrance Alliance’s definition came in a declaration published Wednesday by the Council, which is made up of cabinet ministers from all the bloc’s member states.

“Member States that have not yet done so are invited to join the other Member States and endorse the IHRA working definition as soon as possible,” reads the document, titled “Council Declaration on Mainstreaming the Fight against Antisemitism across Policy-Areas.”

The IHRA working definition describes various forms of anti-Semitism, including hatred and discrimination against Jews and Holocaust denial. It also includes examples of anti-Israel criticism it defines as anti-Semitic, including comparing the country’s policies to those of Nazi Germany, denying the Jewish people their right to self-determination and “applying double standards by requiring of it a behavior not expected or demanded of any other democratic nation.” Criticism of Israel similar to that leveled at any other country is not anti-Semitic, the definition also states.

Palestinians and their supporters worry that the definition, by condemning certain forms of anti-Israel rhetoric, will have a chilling effect on criticism of Israel more broadly. The European Parliament, the EU’s legislative branch, adopted the IHRA definition in 2017, as have dozens of countries.

The Council declaration also reiterated earlier language expressed in declarations and resolutions by various EU bodies about the need to fight anti-Semitism with legal means and “decisive action” because the phenomenon is “an attack on European values,” as the declaration states.

The document speaks of the need to carry out Holocaust education and also of “Protecting Jewish life and making it more visible as part of Europe’s identity.” It does not list concrete actions to achieve this.

European Jewish Congress President Moshe Kantor said it was an “important decision” that “appreciates the sad growth of antisemitism.”