India’s Jew Town only has a handful of Jews left. But Jewish traditions and landmarks remain. 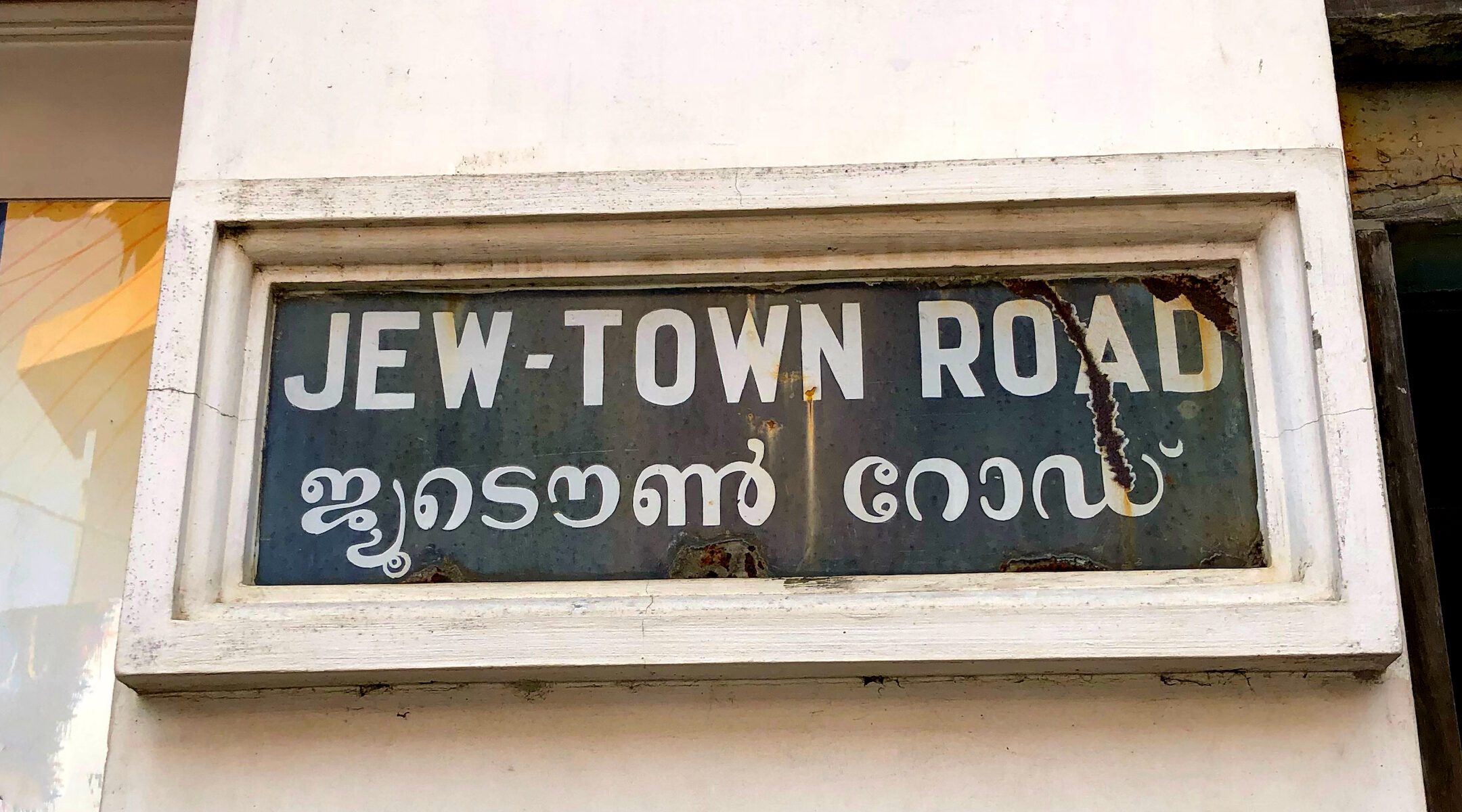 A sign denotes Kochi's "Jew street," as it is known locally, which once was a hub of Indian Jewish life. (Christabel Lobo)
Advertisement

“There are only two people left in Jew Town,” said Shalva Weil, a senior researcher at the Seymour Fox School of Education at the Hebrew University of Jerusalem and a leading figure on the Jewish communities of India.

Once a vibrant community of approximately 3,000 at its peak in the 1950s, only a handful of elderly Jews remain here now in a city of some 677,000. According to Weil, there really is no community in Kochi anymore.

Unlike other dwindling Jewish communities around the world, the Jews of Kochi did not leave their country due to persecution or hardship. Rather it was the creation of the State of Israel in 1948 that attracted many from the mostly Orthodox community to emigrate and start a new life in the Jewish homeland. 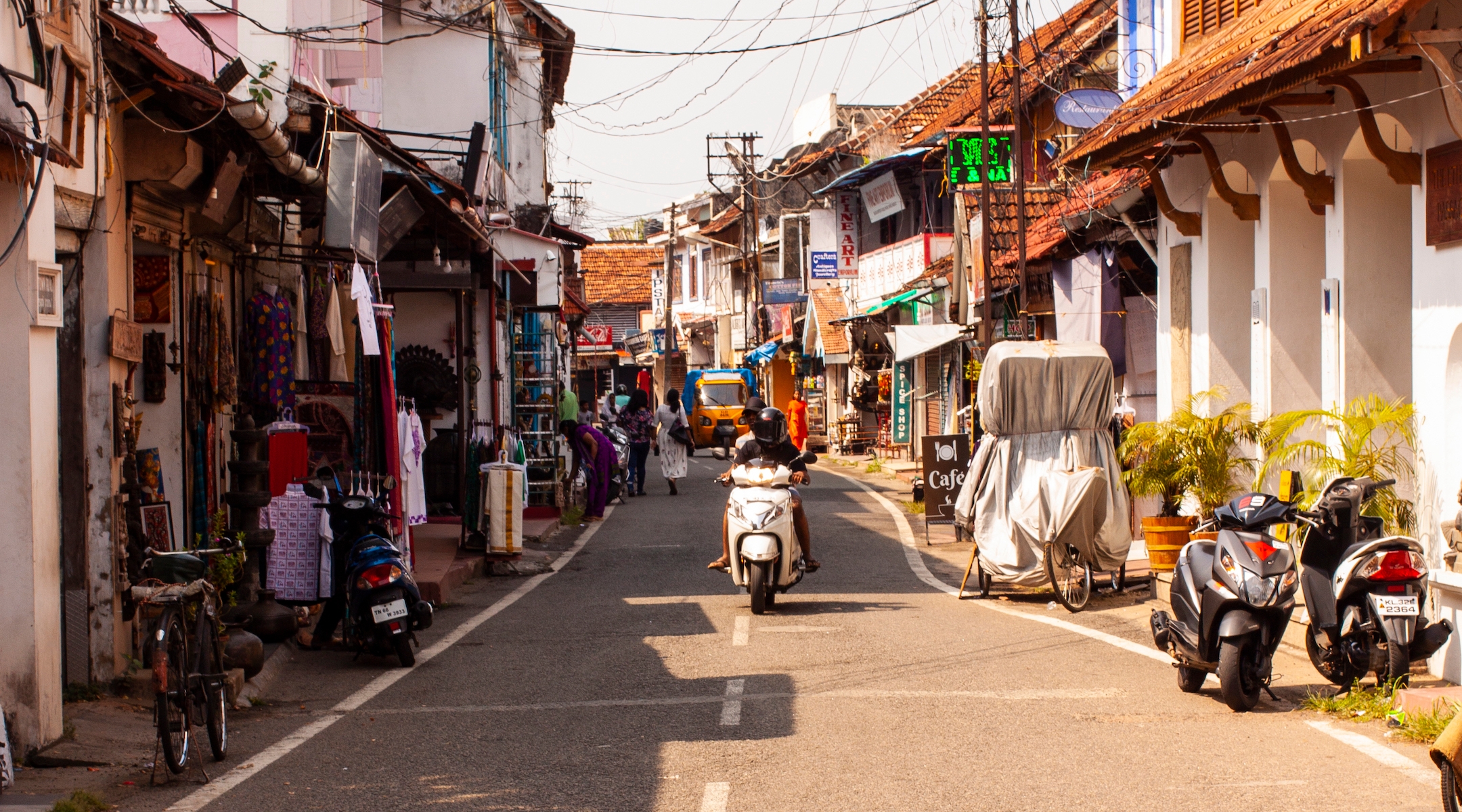 A view of a street in Kochi, India, which is full of bustling storefronts and markets. (Christabel Lobo)

For Essie Sassoon, a retired doctor of obstetrics and gynecology who initially went to Israel as a medical volunteer during the Yom Kippur War in 1973, one of the main reasons to stay on was family.

“When my sister and her family left for Israel, I felt that I didn’t have any close relations left in India. I was very attached to my sister,” she said. “It was a very difficult decision because I love India very much. And I was in a very good position in India and I was progressing. But it happened.”

Some of Sassoon’s fondest memories revolve around her childhood spent celebrating the numerous Jewish traditions and festivities as an Orthodox Cochini Jew in this southern India port city.

From the blowing of the shofar inside the now 452-year-old Paradesi Synagogue on Rosh Hashanah to the annual Simchat Torah celebrations — an enormously popular three-day affair both in the narrow lanes, homes and synagogues of Jew Town — holidays were celebrated with equal gusto by Kochi’s Jews and their non-Jewish neighbors. 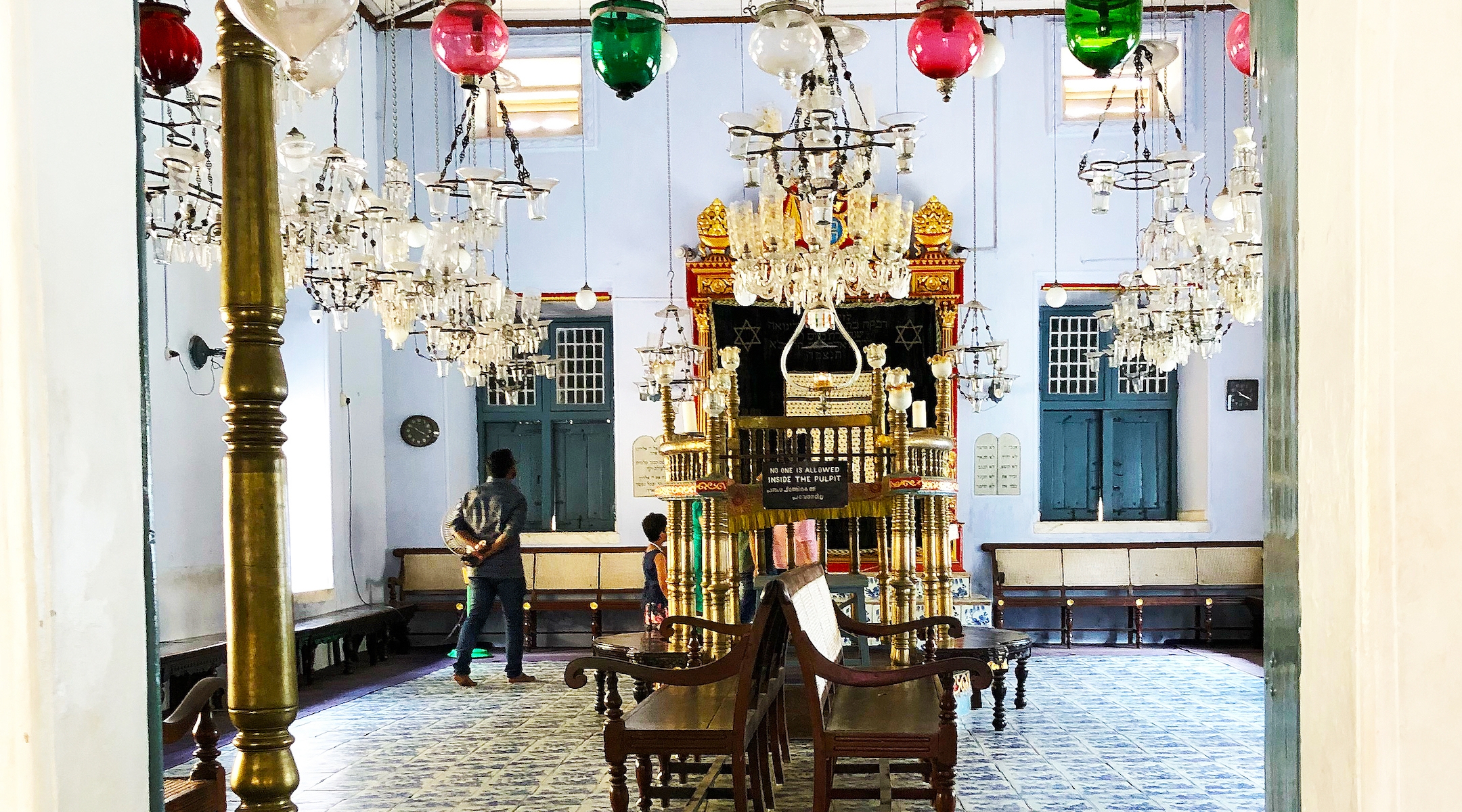 A look inside the 452-year-old Paradesi Synagogue in Kochi. (Christabel Lobo)

Primely situated between Kerala’s stunning labyrinthine backwaters and the verdant shores of the Malabar Coast, Kochi — or Cochin, as it was known until 1996 — has long been a crossroads of culture, diversity and trade. As the epicenter of the subcontinent’s renowned spice trade, the town attracted traders from far-flung locations, including members of India’s oldest Jewish communities.

The first Jews were believed to have arrived in the first century BCE as sailors on King Solomon’s boats. They settled in the ancient port city of Muziris, now modern-day Kodungallur, 28 miles north of Kochi. In his 2019 book “One Heart. Two Worlds. The Story of the Jews of Kochi,” historian K.S. Mathew describes a thriving community first welcomed by then Hindu ruler King Sri Parkaran Iravi.

Three copper plates that date back to 1000 C.E. outlined 72 liberties of the tribe that would later be known as the Malabari Jews. They included everything from land rights and exemption from taxes to religious freedom and special ceremonial privileges, which at the time were typically awarded only to rulers.

In 1341, flooding of the Periyar River led the Malabari Jews south to present-day Kochi, where they built the Kochangadi Synagogue, the area’s first Jewish house of worship. By the 16th century, a second wave of Jewish emigres found refuge in Kerala’s surprisingly welcoming society. Fleeing the Spanish and Portuguese Inquisitions, Sephardic Jews, as well as Mizrahi Jews from the Middle East and North Africa, came together to form the second community — the Paradesi (which means foreign in Malayalam and Hindi) Jews. 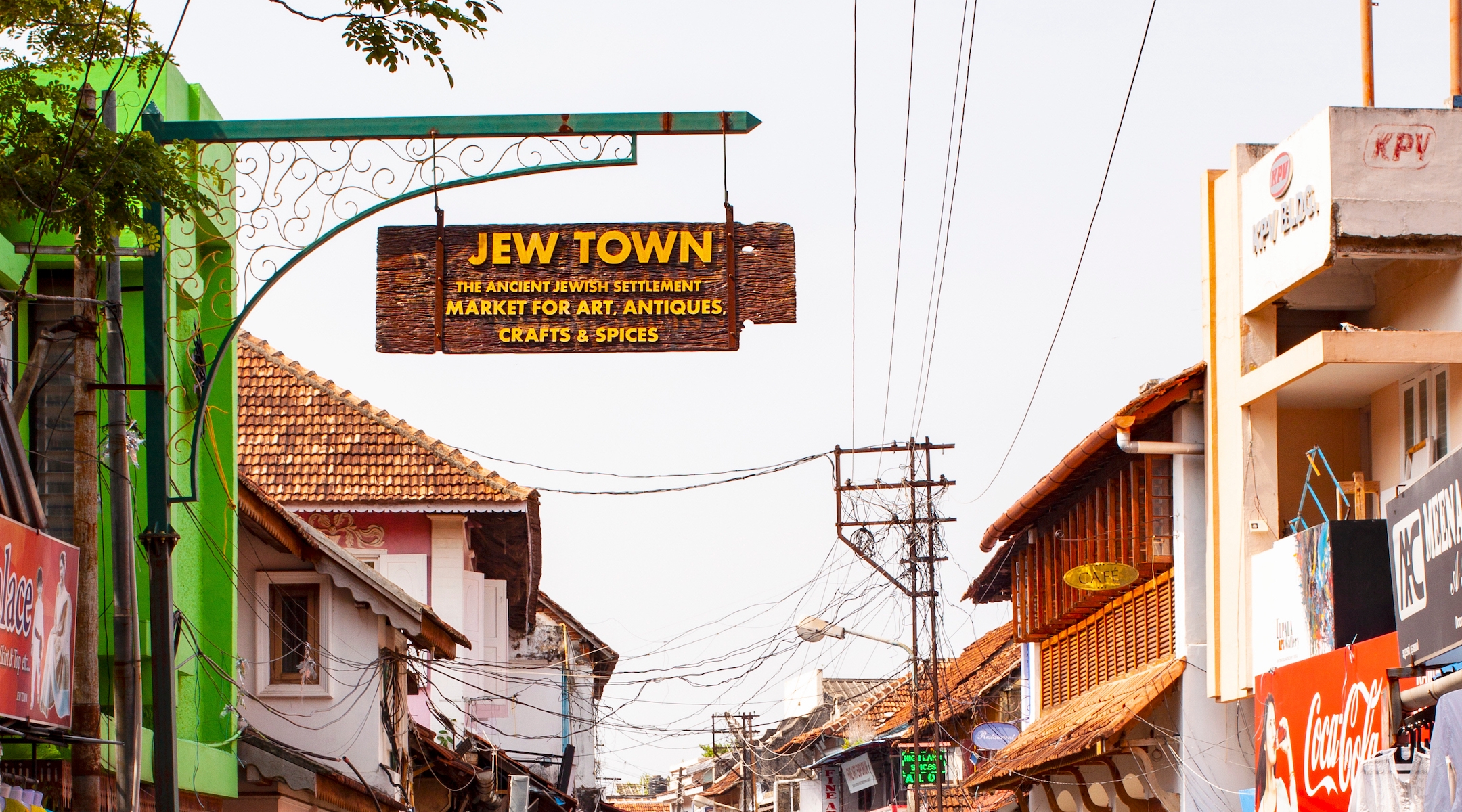 The Jewish community bonded not only over religious practices, but also through shared culinary traditions.

“Even though there are only a few Jewish people still living in Kochi, till now they observe the laws of kashrut,” Sassoon said.

In “Spice and Kosher: Exotic Cuisine of the Cochin Jews,” a cookbook of Cochini Jewish recipes compiled by Sassoon, Kenny Salem and Bala Menon, ancient recipes such as Cochini pastels (crispy sweet or savory pastries) or the Cochin Jewish spice cake — considered by many to be the hallmark recipe of the community’s cuisine — were altered over time based on the availability of ingredients.

In December 2018, the Paradesi Synagogue celebrated its 450th anniversary.

“Practically every person in that community came to Cochin from all over the world — I was very honored to be the only non-Cochini invited,” Weil recalled. “And it was absolutely fantastic, but it was a celebration of the end of the community basically. I mean everyone knew it.”

As a pluralistic democratic nation, India has long been known as a refuge for communities facing oppression elsewhere. The Paradesi and Malabari Jewish communities have always coexisted peacefully with Indians of other religions with zero traces of anti-Semitism. 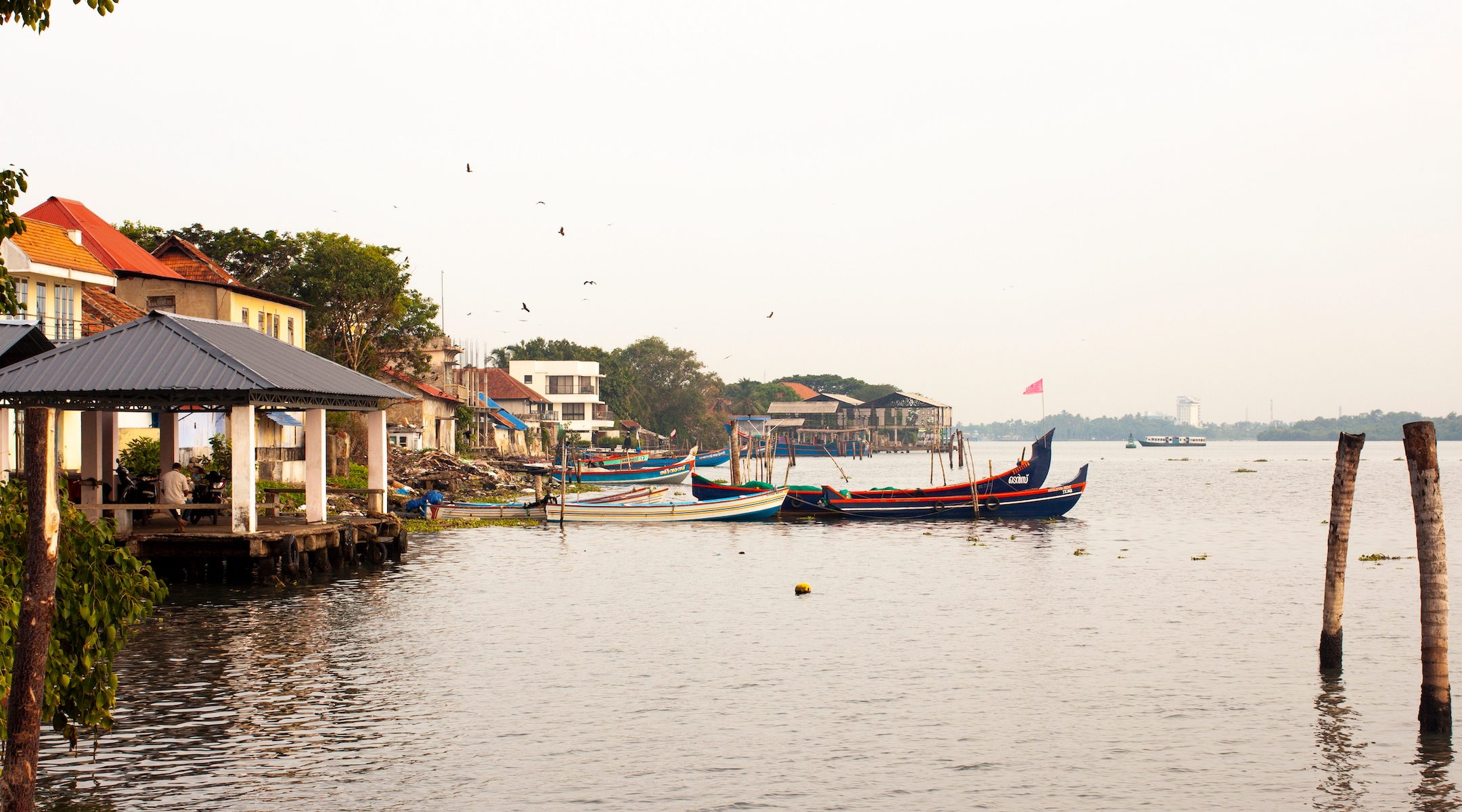 “I have never felt discriminated against as a Jew living in India. When I was studying at university, they used to ask when the festival of the New Year, that is Rosh Hashanah, and Yom Kippur — the fast — would be before they set the dates for public examinations,” Sassoon warmly remembers. “They wouldn’t put exams on those dates because of Jewish students like me.”

For Kerala in particular, the state’s deeply rooted syncretic multiculturalism can be traced back to antiquity when ancient traders of western Asia and India placed importance on preserving the identity of communities they traded between.

The first real dent in India’s record of welcoming communities fleeing persecution came last year with the passing of the Citizenship Amendment Act, which fast-tracks citizenship to Sikh, Hindu, Buddhist or Jain refugees from neighboring countries, but not Muslims, Jews or atheists.

The law is not expected to impact the few Jews who chose to remain in India.

Those who have immigrated to Israel are eligible for lifelong Overseas Citizen of India, or OCI, cards that have been easily available since 2017, thanks in part to current Prime Minister Narendra Modi’s close ties with Israel.

“This is actually the first time I’m hearing about it,” Sassoon said when asked about the amendment. “I personally have an OCI card that doesn’t expire. I don’t need a visa if I want to go to India.”