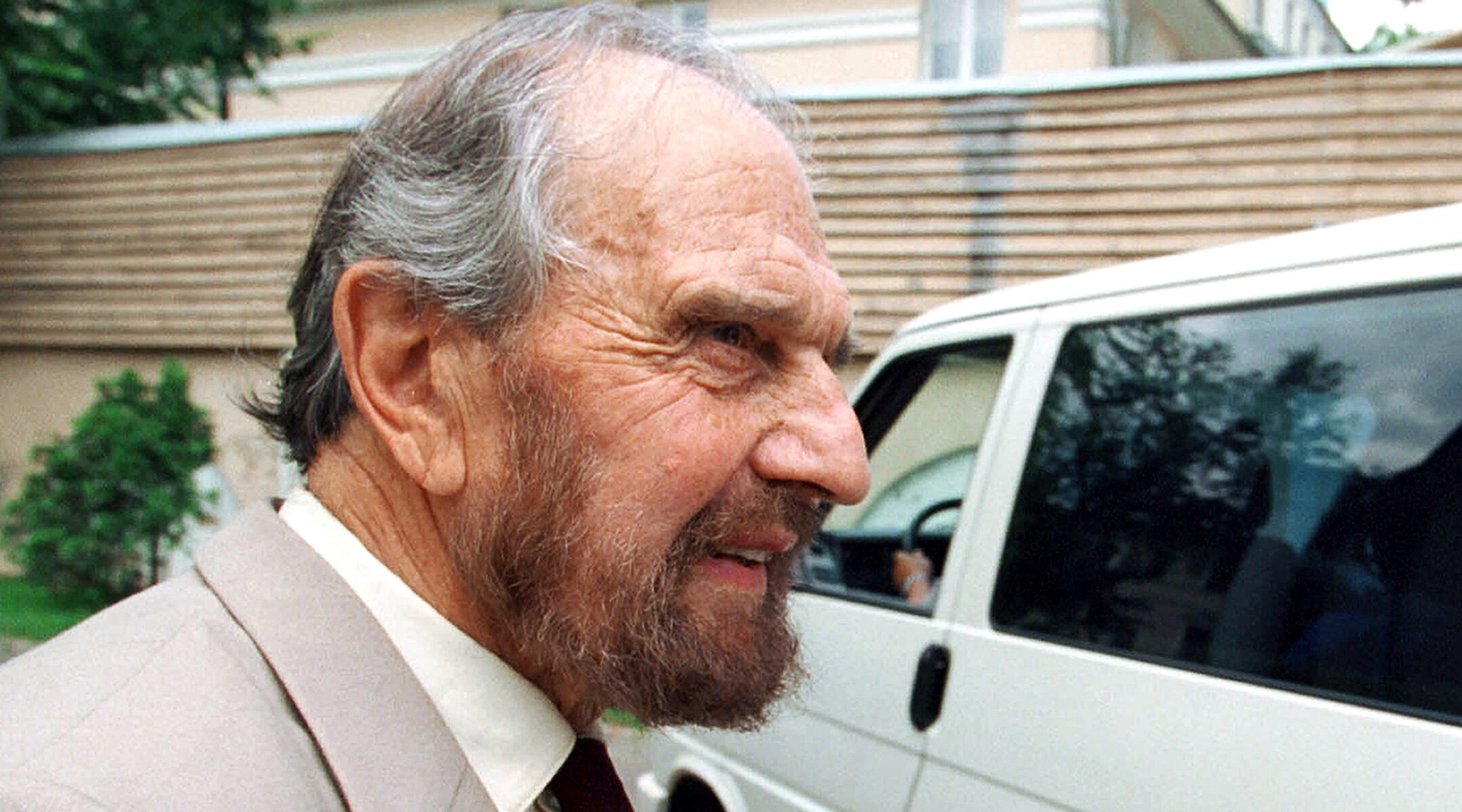 (JTA) — George Blake, a former British intelligence researcher who served as a spy for the Soviet Union for years, has died in Russia. He was 98.

Blake, who was born in the Netherlands to a Protestant mother and a Sephardic Jewish father who had fought for Britain in World War I, moved to the United Kingdom during World War II.

He was recruited to the intelligence community and later offered to spy for the Soviet Union, betraying hundreds of agents until his capture in 1960. He served six years of a 42-year term before escaping to Moscow.

Blake did not identify as a Jew, but his Jewish background played a major role in his life, according to a 2013 biography. His father, Albert Behar, had initially concealed his Jewish ancestry, but it became known near his death in 1936.

Because of Blake’s Jewish ancestry, he was not able to marry his girlfriend, Iris Peake, who also worked as Blake’s secretary at MI6, the British intelligence’s foreign branch, according to Blake’s obituary in The Guardian published Saturday.

British counterintelligence became aware of the existence of a mole fitting Blake’s description from a Polish defector before identifying him in 1960. Blake escaped in 1966 with help from collaborators outside prison, who hid him for several weeks until one drove him to East Germany.

A wanted man, he had remained in Russia since that time.