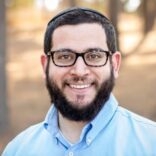 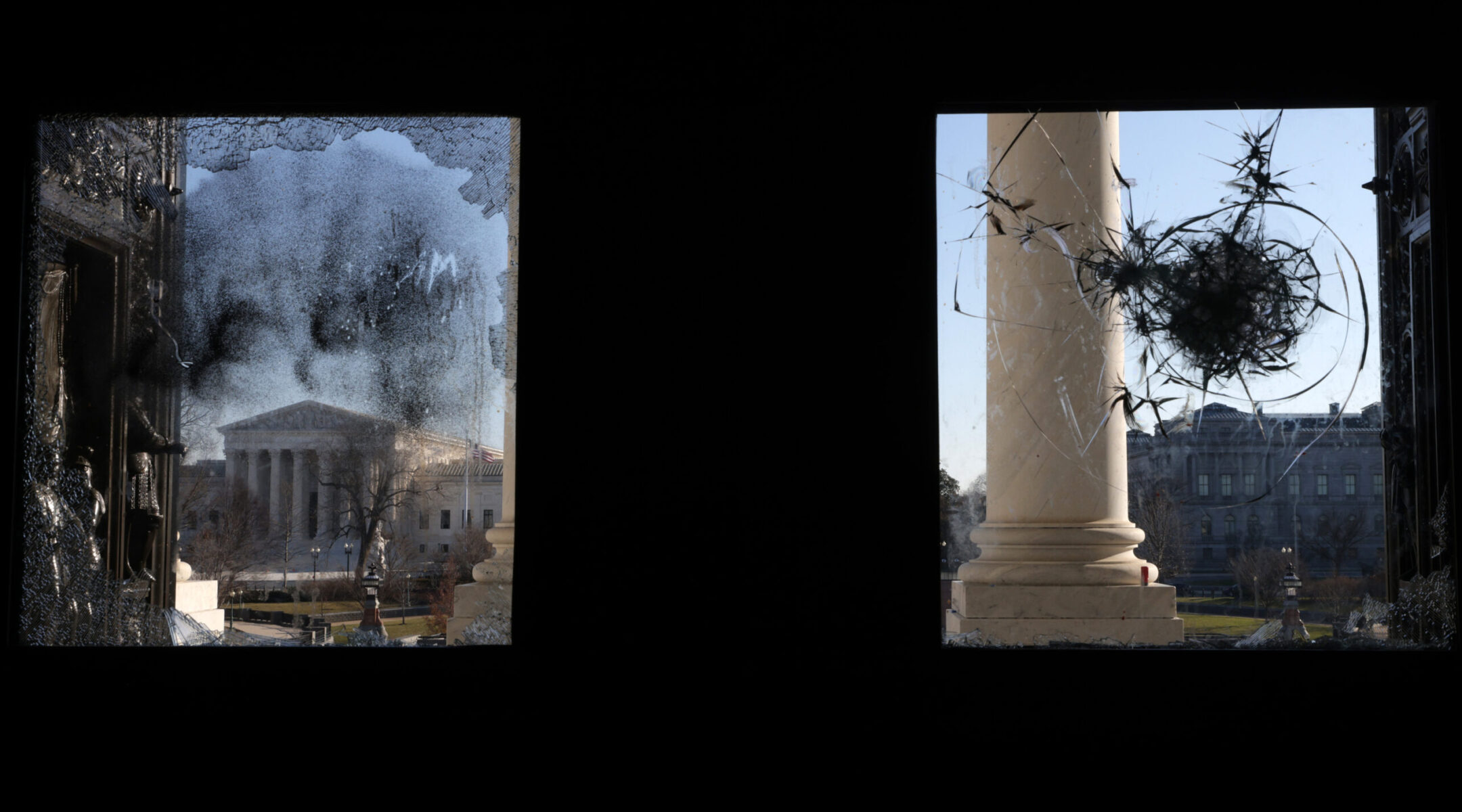 The U.S. Supreme Court is seen through a damaged entrance of the Capitol, Jan. 7, 2021. (Alex Wong/Getty Images)
Advertisement

(JTA) — Americans watched in shock on Wednesday as a mob broke into the Capitol, ransacked senatorial offices and exiled a joint meeting of Congress. Many who witnessed this desecration of a U.S. governmental institution found it among the more traumatizing moments in recent American history.

As these violent images streamed into American homes, I could not help but think of the Talmud’s description of the pain of a nation when its sacred spaces are defiled.

Set thousands of years ago, Ezekiel 7:22 describes the destruction of the Jerusalem Temple with the phrase “and the raiders entered and defiled it.” The rabbis of the Babylonian Talmud understand this verse to mean that the Temple was defiled from the very moment that enemy soldiers entered. Upon the soldiers’ first steps into this holy territory, all the items belonging to the Temple immediately lost their sanctity.

How can this be? Why would all Temple property be deemed defiled before the enemy took any further action? And what can we learn from this today?

The Talmud’s rendering of Ezekiel reflects its understanding that there is something about an enemy breaching the walls of a sacred space that forever tarnishes it. The holy sanctuary was home to the most sacrosanct rituals of the Jewish people. The trauma of an enemy’s trespass onto sacred ground is incompatible with, and thereby undoes, that holiness.

A Temple is meant to be holy and fundamentally apart from the rest of the world. It is meant to be a realm beyond, a consensus institution above human reproach, a special place of convocation with the Divine. It thus belongs to all of society and forms the backbone of the Jewish experience.

Indeed, the rabbis tell us that the ancient capital city of Jerusalem did not belong to any one tribe because it belonged to all of Israel. The rituals and practices in the holy sanctuary were carried out on behalf of all Jews and directed at their ultimate well-being — even as some Jews of the Second Temple period fiercely debated how those rituals should proceed.

The violent act of penetrating a sacred space, of breaking the veneer of invulnerability and permanence of the Jerusalem Temple, destroyed something precious. The enduring trauma of this crashing down to earth of the vaunted sanctuary is the reason we mourn the destruction of the Temple and yearn for its return in our daily and holiday liturgy. When the Jewish community’s foremost institution was traumatically invaded, the holiness of the Temple and its sancta was undermined, mirroring the simultaneous human experience of loss.

The U.S. Capitol is no Jerusalem Temple. But however one views the Capitol, it is of great consequence to the American people, and we can see a parallel between the experiences of two nations witnessing the invasion of their revered institutions.

As Sen. Chuck Schumer put it, Wednesday was the day that “this Temple to democracy was desecrated.” The American people experienced the violation of its hallowed halls of government in real time, forcefully invaded by those wishing to undermine the democratic process they hold dear.

Something of America’s unity, shared purpose and indelible commitment to democracy was profaned as those Capitol walls were breached. While some of these norms and values can hopefully still be salvaged, a part of the Capitol’s powerful symbolism was lost as “the raiders entered and defiled it.”

Rabbi Shlomo Zuckier
is a scholar of ancient Judaism and the Flegg postdoctoral fellow in Jewish Studies at McGill University.
The views and opinions expressed in this article are those of the author and do not necessarily reflect the views of JTA or its parent company, 70 Faces Media.