In tough times, Nancy Pelosi turns to a famous Israeli poem, ‘I Have No Other Country’ 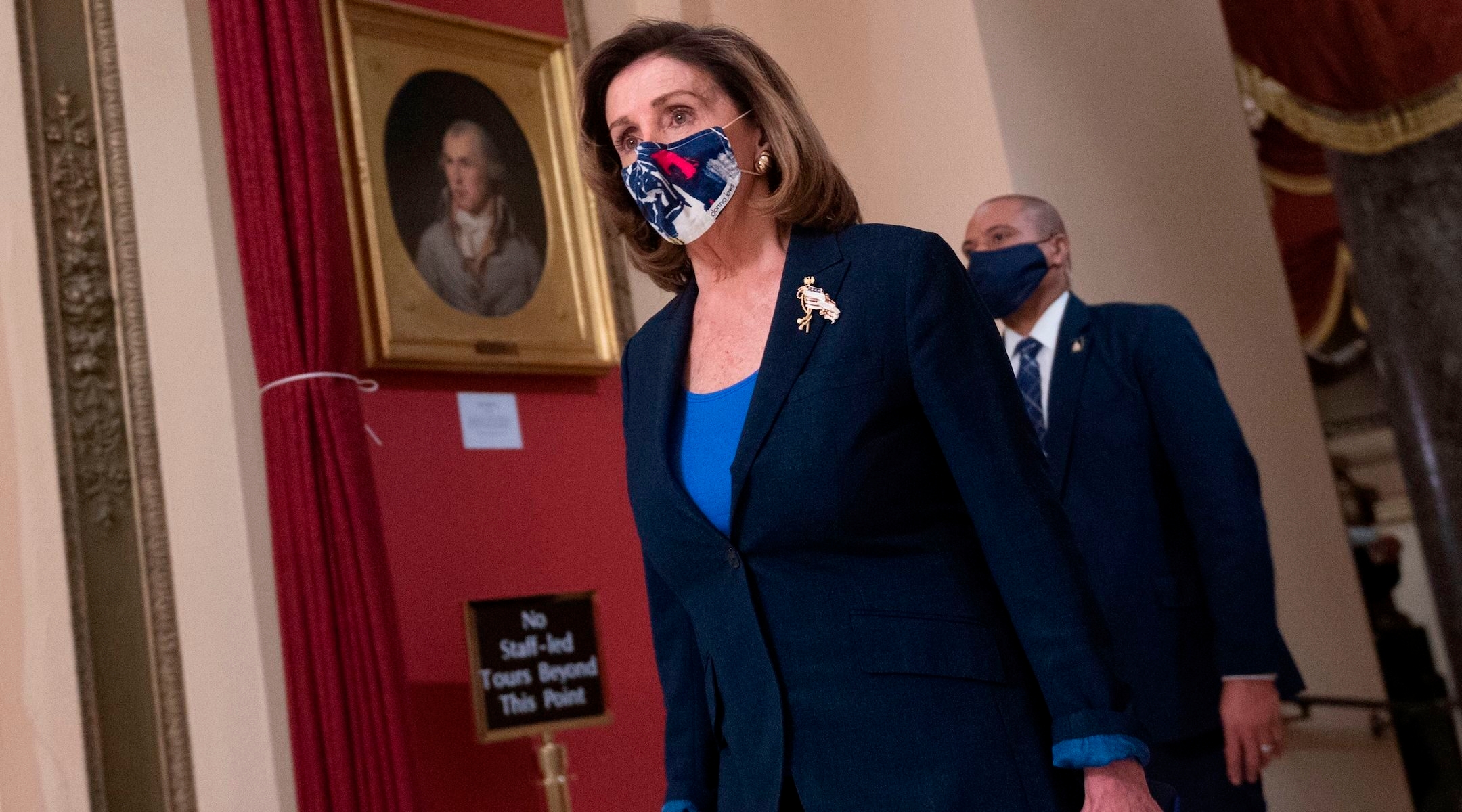 (JTA) — To close out her speech asking Vice President Mike Pence to take the unprecedented step of removing President Donald Trump from power, Nancy Pelosi could have stuck with a quote from America’s rich literary tradition.

Instead, the speaker of the U.S. House of Representatives turned to a poem that has become a cornerstone of Israeli verse: “I Have No Other Country,” written by poet Ehud Manor and recorded in the 1980s as a popular song.

“Especially during this sad time, I recall the words of the great Israeli poet, Ehud Manor, and that’s what he said when he said, ‘I can’t keep silent in light of how my country has changed her face, won’t quit trying to remind her. In her ears, I’ll sing my cries until she opens her eyes,'” Pelosi said on Tuesday.

Repeating a line, she added, “‘I can’t keep silent of how my country has changed her face.’ I urge my Republican colleagues to open their eyes and to finally hold this president accountable.” Yanir Cozin, an Israeli journalist, spotted the quote in Pelosi’s speech Wednesday morning.

The House passed a measure on Tuesday calling on Pence to invoke the 25th Amendment, which gives the vice president and a majority of the cabinet power to strip the president of his duties. Democratic pressure on Pence to take that step has grown since Trump incited a mob to storm the Capitol building last week, an insurrection that left five people dead. But Pence dismissed the idea in a letter to Pelosi late Tuesday, and the House is expected to impeach Trump for the second time as soon as Wednesday.

This is at least the second time that Pelosi has quoted the poem. She also did so in a speech to the liberal Israel lobby J Street in 2019.

The poem was written by Manor as a reaction to his brother’s death in the War of Attrition, which Israel fought in the late 1960s. Its first lines read, “I have no other country/even if my land is burning,” and is about staying resilient and committed even if Israel is facing challenges or making mistakes.

In 1986, the poem was recorded as a song by Gali Atari. At the time, Israeli troops were fighting in southern Lebanon following a 1982 invasion, and the country was divided over whether they should remain there. Atari’s song was adopted as a rallying cry by both the pro- and antiwar campaigns. Israeli troops withdrew from Lebanon in 2000 and fought another war there in 2006.

When Manor died in 2005, at age 64, a poll by Israeli news website Ynet found that “I Have No Other country” was his most-loved poem.