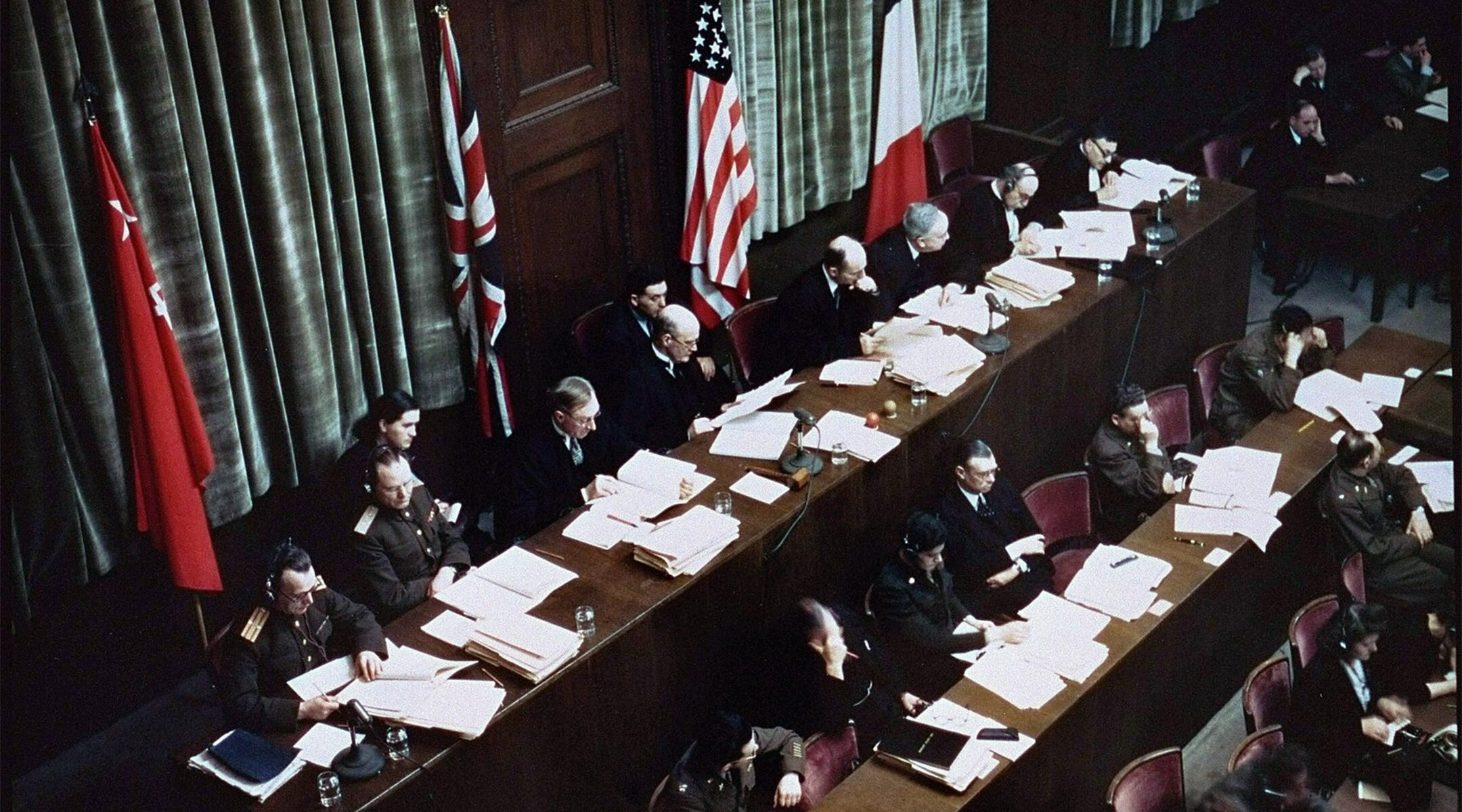 (JTA) — At the opening of his trial in Nuremberg, Julius Streicher made several uncharacteristically friendly statements about Jews — a people he had devoted his professional life to demonize.

“So the Jewish question was for me solved in Germany, but I believed that another international solution will come, that we should meet with Zionists, listen to their demands,” he said on April 26, 1946 at the military tribunal where he stood trial with other Nazi officials for crimes against humanity.

His equivocations, standing in sharp contrast to his genocidal editorial line reflected in slogans like “Germany will live as long as it sees the Jews as the mortal enemy of mankind,” are now available online for the first time along with hundreds of additional hours of audio and video recordings from the trials of 24 Nazis that ended 1946, nearly 75 years ago.

This week, the U.S. Holocaust Memorial Museum placed online more than 700 hours of audio recordings from the trials, as well as 37 reels of film introduced as evidence. The trials, conducted at a military tribunal with judges from Allied nations including the Soviet Union, were a seminal milestone in the creation of modern international law in general and the prosecution of crimes against humanity.

Streicher’s paper was a symbol for how Nazi propaganda methodically dehumanized Jews and used mass media to ready non-Jewish Germans to carry out the Holocaust. Streicher was executed in 1946 by hanging along with nine other Nazis, including Hans Frank, the highest-ranking Nazi officer in occupied Poland. Two of the 24 defendants died during the trials, including Hermann Goring, commander of Nazi Germany’s air force, who committed suicide. Another man was sentenced to death in absentia. Three were acquitted and the rest given long prison sentences.

The recordings, many of them in German without translation, offer an insight into the mood, mindset and history of people like Frank and Streicher, who spoke at length about his personal history growing up in a small village in Bavaria as the youngest of nine children.

He also recalls how, for a time, he followed in his father’s footsteps to become a school principal before he became politically radicalized and joined Adolf Hitler’s Nazi Party, which he said he believed offered the best path to recovering Germany’s ailing economy and improving its international status after its devastating defeat in World War I.