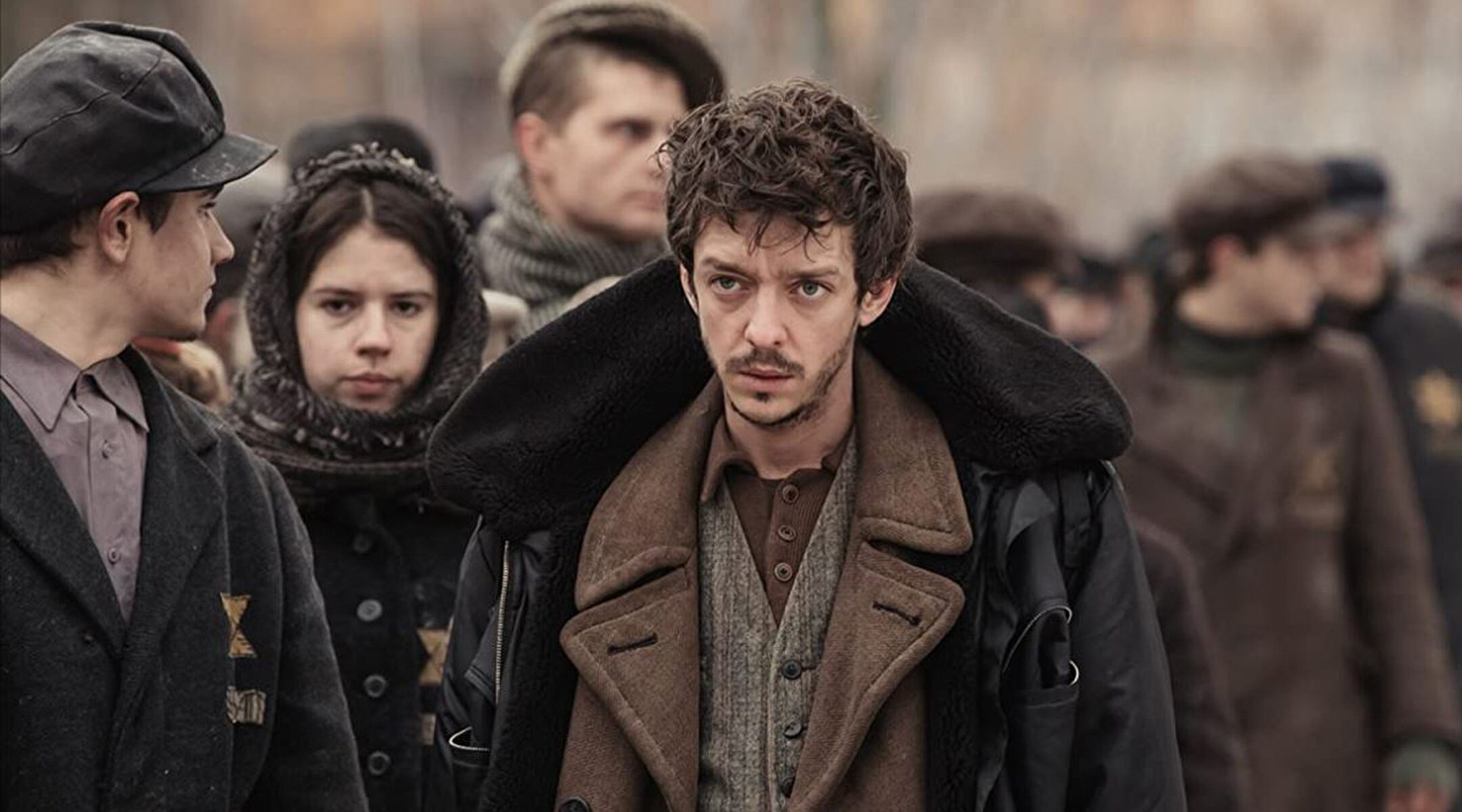 (JTA) — For a movie about the Holocaust, the Belarussian film “Persian Lessons” has some comic potential. Set in a concentration camp somewhere in Western Europe, it involves a Jewish inmate who survives by giving Farsi lessons to a Nazi officer who dreams about opening a restaurant in Tehran.

One problem: The inmate doesn’t speak Farsi. Instead he comes up with his own language and teaches it to his captor, trying not to raise suspicions.

If that sounds like a comedy of errors, it’s no accident. “Persian Lessons” is based on a short story by the screenwriter Wolfgang Kohlhaase, who specializes in tragicomedies. Der Spiegel describes Kohlhaase as a master of “dialogue jokes.”

But “Persian Lessons” is a somber thriller about surviving while obtaining justice against the odds. And the film sets itself apart from others in its genre in how it puts a deeply human face not only on the victims, but on the perpetrators as well.

Belarus submitted the movie for Oscar competition because it was filmed there, but it was disqualified from competition because it’s not actually about that country. Cohen Media Group acquired the North American rights to “Persian Lessons” but has yet to begin distributing the film there.

The film, which is mostly in German (and fake Farsi), begins in a truck packed with Jewish men being driven to an execution site. One man offers Gilles, a young Belgian Jew, an expensive-looking book in Persian in exchange for Gilles’ sandwich. Shortly after the transaction is made, the men are taken to the place of execution. With nothing to lose, Gilles tells the Nazi soldiers he is in fact Persian, not Jewish, and presents the book as proof.

He can hardly believe his luck when the soldiers decide to keep him alive because their commander is looking for a Farsi speaker.

But Gilles’ troubles are only beginning. Sleep deprived, malnourished and terrified, he must find a way to consistently teach a nonexistent language to a man who would kill him instantly if he slips up.

Gilles comes up with a code system using the only reliable foreign vocabulary at his disposal: the names of the inmates around him. 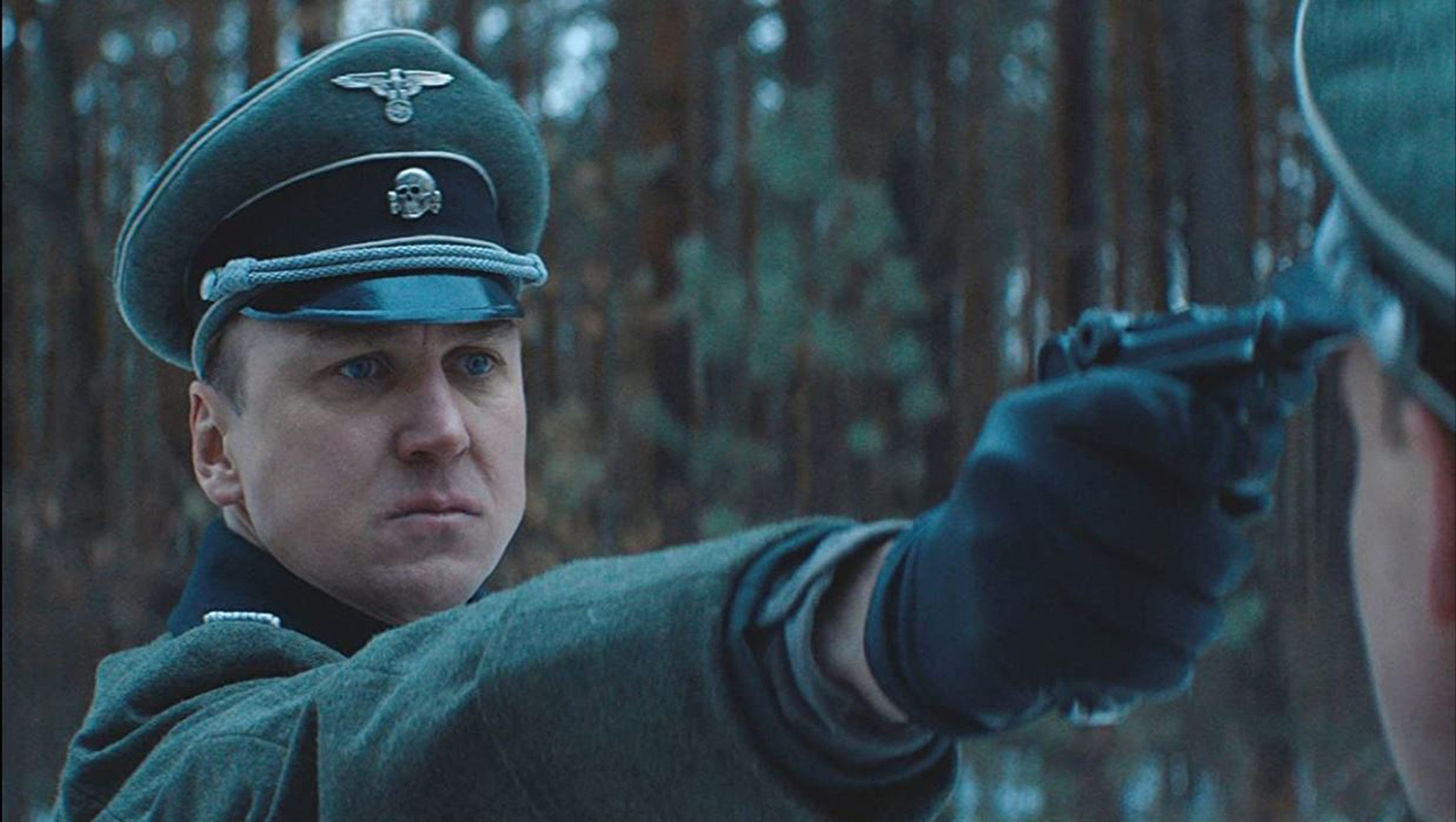 Lars Eidinger plays a Nazi officer at a concentration camp during the filming in Belarus of “Persian Lessons” in 2019. (Courtesy of HyperFilms)

To each inmate, he assigns a foreign-sounding mashup of their first and last names. To each mashup he assigns a word that captures something about the personality or appearance of the inmate. Then he teaches that word to the officer, who ends up unwittingly memorizing his victims’ names.

Much of the critically acclaimed film is devoted to the development of Gilles’ scheme. But as it progresses, the film distinguishes itself from other Holocaust films in its treatment of the daily lives of the Nazi soldiers running the camp: the romance between female and male guards, the rivalry and politics between the officers, and how Nazism divided their own families back home.

This window into the routine of perpetrators was the main motivation for director Vadim Perelman, a Ukraine-born Jew whose family lost many relatives in the Holocaust.

“What I mostly wanted to do is to show the Germans, their humanity. To show that they were just like us, that they’re not any different at all,” he told the Jewish Telegraphic Agency last month.

Doing this is a more powerful indictment against the Nazis than their frequent dehumanization as monsters in the film industry, Perelman argued.

This view, famously argued by philosopher Hannah Arendt in her 1963 book “Eichmann in Jerusalem: A Report on the Banality of Evil,” has gained popularity but remains disputed by historians and jurists, including Justice Gabriel Bach, who prosecuted Adolf Eichmann. They argue that Arendt’s analysis ignores both the remarkable ideological fervor of Nazi anti-Semitism and its deep roots predating the Reformation.

Perelman — whose best-known film is “House of Sand and Fog,” an award-winning tragedy from 2003 about immigration and depression starring Ben Kingsley and Jennifer Connelly — believes there’s a perpetrator in each of us.

“Myself, as a child, I was playing with the idea of being a bully. Pushing around the weak, calling them names. Everybody has that in them,” he said. 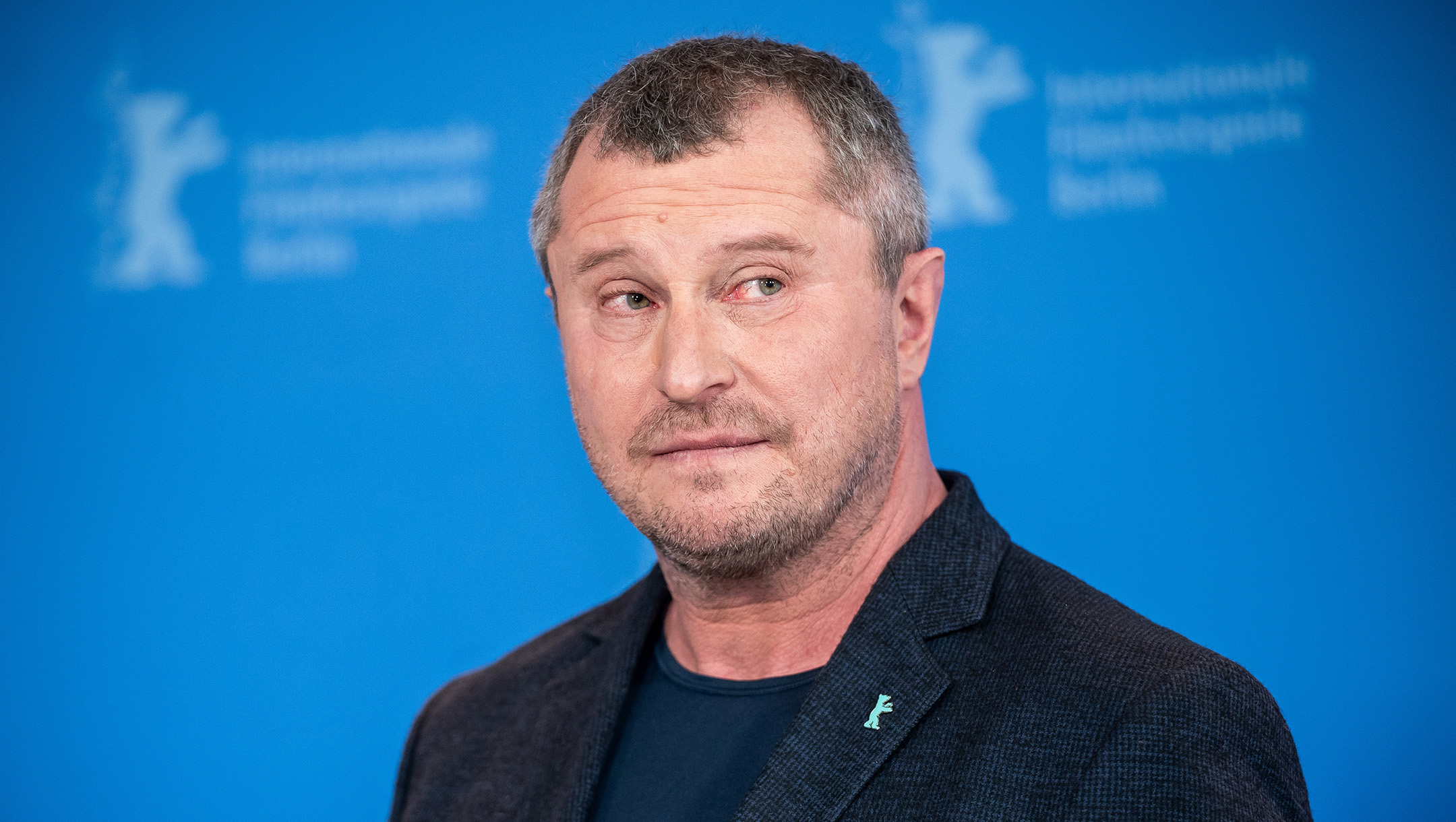 Perelman, 57, was an only child in Kyiv. His father died in a car accident when he was 9 years old, and he and his mother immigrated to Italy in 1977. They lived in extreme poverty in Rome — Perelman was once treated by a veterinarian because a doctor was too expensive, he told the Jewish Journal of Los Angeles in 2003.

Perelman, who now lives in California, and his mother later moved to Canada, where he got in trouble with the law for burglary. He eventually completed his high school diploma and became a director specializing in commercials.

His personal history may have informed his perspective on morality, he said.

In “Persian Lessons,” the Nazi officer, portrayed by Lars Eidinger, reflects on some of the choices that led him to run part of a concentration camp that is under threat of being captured by enemy troops. In one of the film’s most dramatic moments, the officern confides to Gilles that his plan to move to Tehran is born from the desire to reconnect with his older brother, who fled Germany because of Nazism.

“Evil isn’t something you’re born into,” Perelman said. “It grows out of a set of choices, some pretty small at first.”