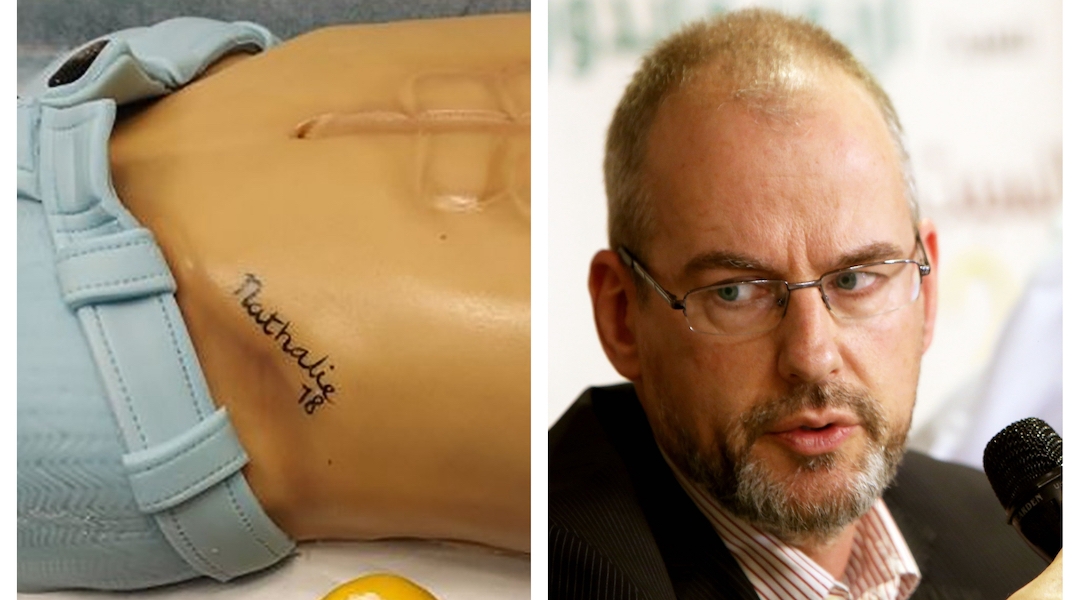 AMSTERDAM (JTA) — Putting a small-town Jewish baker on the ticket was supposed to change the public image of the Netherlands’ Party of Unity — but not like this.

Run by Islamic fundamentalists, the tiny party has had little impact at the ballot box since it launched in 2014. But propelled by the inflammatory comments of its leaders, it’s gained a reputation as anti-Semitic and jihadist.

Its current leader, Arnoud Van Doorn, wanted to prove that those perceptions were unfounded when he chose Jolisa Brouwer for the No. 3 slot on the party’s ticket in next month’s national elections.

“We’ve been accused of anti-Semitic views and Salafism,” Van Doorn, a former far-right politician who converted to Islam, told the AD newspaper last month. “This is how we’re showing that we really don’t seek to exclude anyone.”

But the party’s inclusion has its limits: This week, Van Doorn effectively axed Brouwer from the ticket after she refused to stop selling pornographic cakes. The “18+” section of her bakery’s website showcases X-rated confections, including multiple cakes shaped like erect penises. (You can see a not-safe-for-work gallery here.)

“Had we known this in advance, we never would have placed her on the ticket,” Van Doorm told AD on Monday. “We’re distancing ourselves from this. These cakes do not conform to the conservative policies for which we stand.” On Tuesday, the party wrote in a statement that Brouwer had withdrawn from the party’s ticket.

Brouwer, a mother of three, told the newspaper that her cakes were widely known — and in keeping with the Dutch value of tolerance. “We live in the Netherlands, not in the Middle Ages,” she said.

Brouwer told the Jewish Telegraphic Agency that she was sorry that her baked goods and identity were occupying the spotlight, rather than what she perceives as the party’s message of coexistence, which she still supports.

News about her conflict with van Doorn “regretfully has become the subject of conversation instead of the essence of the party,” she told the Jewish Telegraphic Agency. “We live here in the Netherlands and can be whoever we are without racism.”

Brouwer said she joined the Party of Unity because it embodied for her how “people of all religions and non-religious people can just live side by side respectfully.”

That includes in her town of Waalre, where she said many of her customers are Muslim. She herself is Jewish, though she does not consider herself religious, and she advertises her bakery as both kosher and halal. (It is not certified as kosher by the Dutch rabbinate.)

Brouwer’s parents are descended from German Jews who fled to the Netherlands during World War II, she told JTA, and a part of her family comes from Israel. She is not very knowledgeable about the history of her Jewish family but said, “I got it as one does from one’s roots.”

She said she did not like how Dutch media focused on her Jewish identity. “They were all over it like flies on shit,” she said. “I find it a shame that I’m being described as a token Jew.”

Brouwer’s decision to join the party’s ticket might have seemed surprising given the history of allegedly anti-Semitic comments by Van Doorn, a member of The Hague’s city council who is Party of Unity’s only elected official, and his predecessor, the party’s founder.

In 2018, Van Doorn wrote ahead of Yom Kippur that Jews in Israel should fast for a month because “one day to reflect on all [the country’s] errors and regret them is not enough.” Earlier that year, he wrote on Twitter: “May Allah exterminate the Zionists.”

Abderazaq Khoulani, the founder of the Party of Unity, the previous year called Israeli children “Zionist terrorists in training” and “future child murderers and occupiers.” He also left a menacing voice message to a pro-Israel journalist, whom he called “blonde bitch” and “Zionist scum.” He also wrote on Facebook: “Long live ISIS.”

Party of Unity has generated considerable interest by the Dutch media. But it is not projected to win any seats in the Tweede Kamer, the lower house of the national parliament.

For her part, Brouwer said she was surprised by the attention that her creations — which she markets as ideal for bachelorette parties — attracted once she vaulted into the Dutch political sphere.

“I get along very well with Muslims; they account for most of my clientele,” she told JTA. The explicit cakes, she added, “have never been an issue. But now everyone is turning them into such a big thing!”